On stock markets, this wiped about 20 per cent off the value of VW – about €13 billion – and also hit to a lesser degree BMW and Mercedes parent Daimler shares. In fact, the whole global industry is coming under scrutiny for its attitude to fuel economy rules.

In Europe, there have been suspicions the latest E.U. emissions rules for diesels are being manipulated. The rules state diesel cars must emit no more than 80 milligrams of NO2 per kilometre. Brussels based green lobby group Transport & Environment said in a report vehicles from VW, Citroen, Vauxhall, BMW and Mercedes-Benz emitted on average four times more than the legal limit on the road. In Europe, diesels account for about 50 per cent of the market. In the U.S. it is about three per cent.

VW’s admittance that it tried to bypass U.S. emissions rules, not only threatens to undermine its business and credibility there, land it with huge fines, thousands of law suits, and an expensive recall of the tainted VW and Audi vehicles, it could force the demise of its Chief Executive Martin Winterkorn, and perhaps undermine the new board chairman Hans Dieter Poetsch. VW owns Audi. Poetsch faces a shareholder vote in November to confirm his appointment to replace the legendary Ferdinand Piech.

Poetsch, currently VW’s finance chief, was nominated for the top job earlier this month. The appointment was criticised by some investors because they felt VW’s sprawling empire had become complacent and needed an outsider to shake it up. Perhaps Continental chairman Wolfgang Reitzle, thought to be a candidate for the job initially, is dusting down his CV. 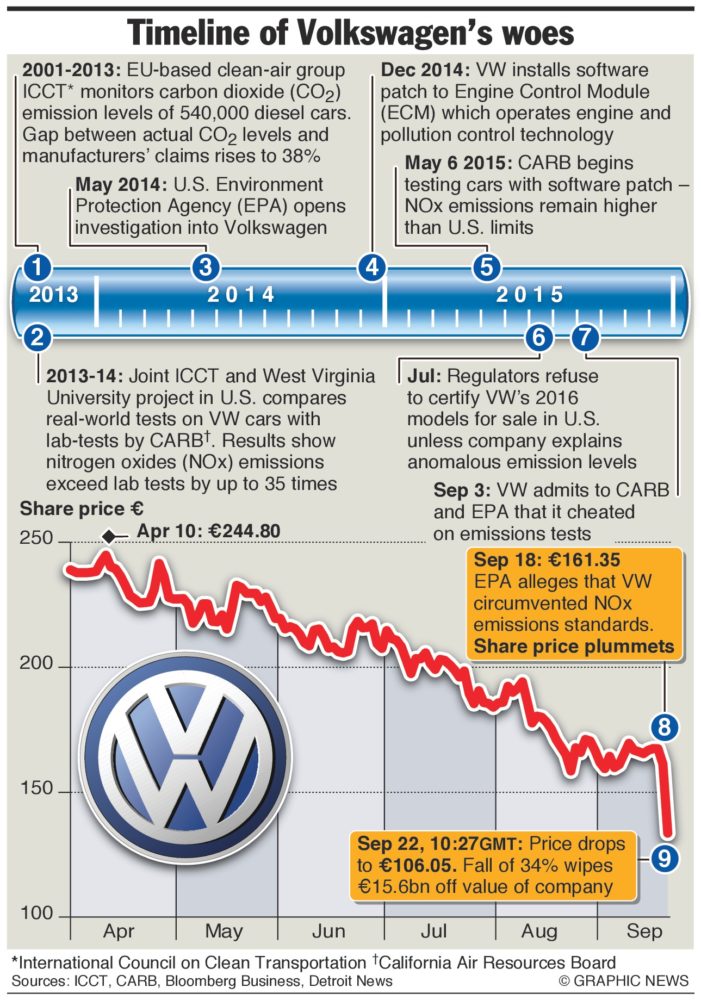 Winterkorn was quick to apologise for VW’s actions. Perhaps he was bearing in mind the debacle in the 1980s involving Audi in the U.S., when its cars were accused of “unintended acceleration”. Audi then declared its innocence and fought to avoid admitting error. The fact that it probably was innocent didn’t help because the public felt its actions were arrogant. Audi’s U.S. business languished for years after that.

This time the problem is very different. It’s not a mistake that VW is accused of, but a wilful attempt to avoid the rules. The EPA said VW installed software on nearly 500,000 diesel cars in the U.S. to evade regulations. The cars in question are the 2009-14 Jetta, Beetle, and Golf, the 2014-15 Passat and the 2009-15 Audi A3. EPA fines could total $18 billion, although most analysts seem to think it will be less than that.

Analysts were shocked by the news.

“In a move more worthy of a back-street garage looking to get a used car through a mandated vehicle inspection, VW, the company with the largest R&D budget globally in any sector, has admitted to doctoring its cars in order to ensure that they are compliant with EPA standards,” said Arndt Ellinghorst, analyst with investment researcher Evercore ISI.

“This is bad stuff. It smells of lack of control, hubris and denial,” he said. 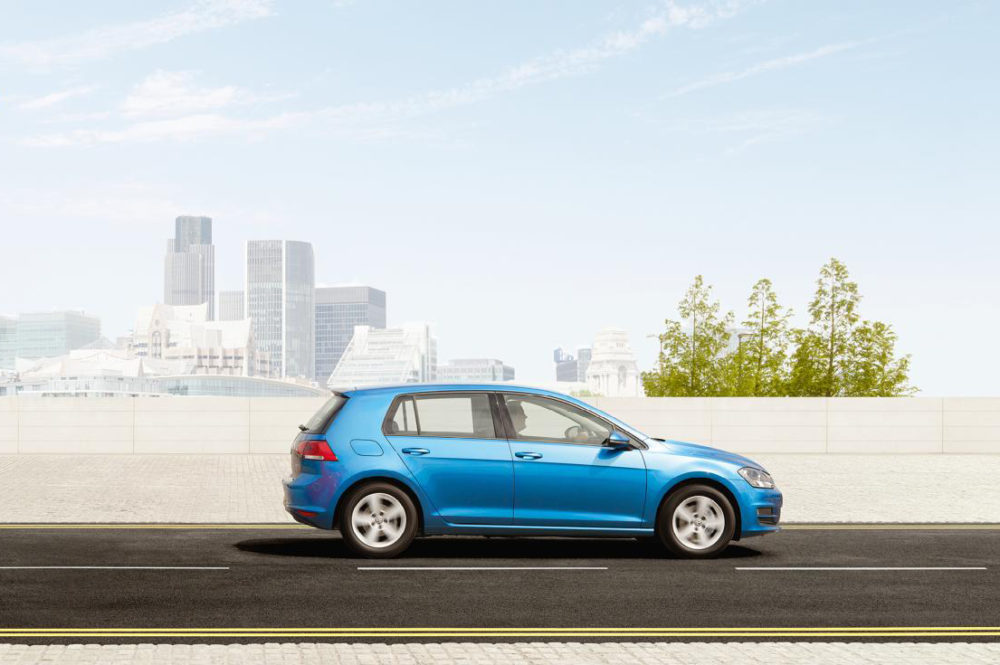