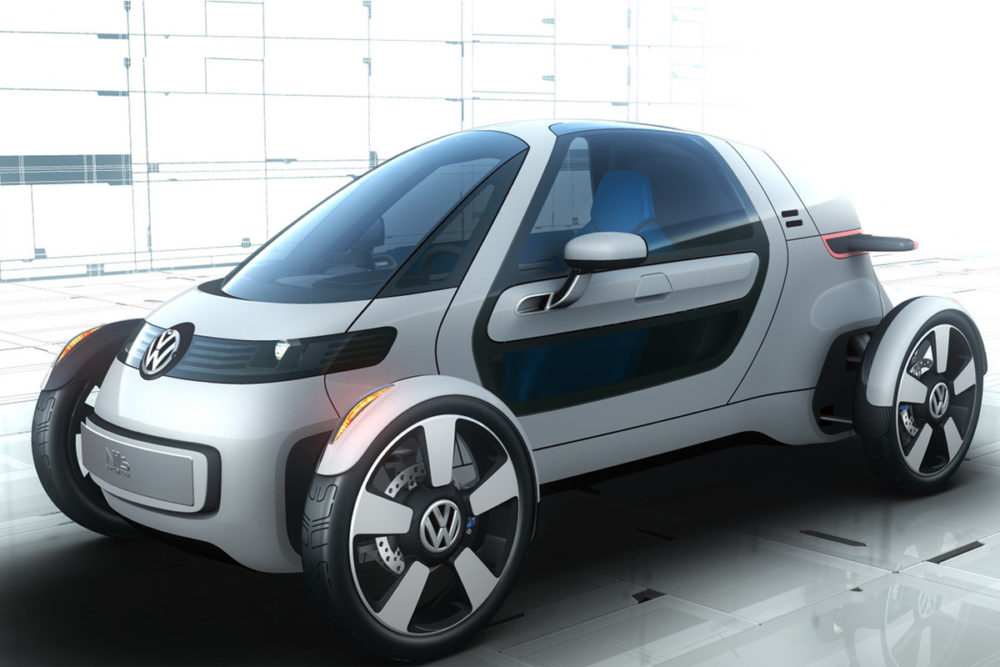 Volkswagen, Europe’s biggest car maker, has suddenly switched from telling everyone within earshot the sky is not the limit, to a more modest, placatory tone which points out that maybe not all things are possible.

VW Takes On A More Modest View Of The Future

The old VW told us it was going from strength to strength, steamrolling everything in its path and would overtake General Motors and Toyota to be the biggest in the world by 2018, and make shedloads of money doing it. VW was continually buying new brands, and has now accumulated 12, including the upmarket luxury Bentley, Lamborghini supercars, Ducati motorbikes and MAN trucks. It sells cheaper versions of VW brand cars disguised as Skodas and SEATs. In the last couple of weeks it has denied rumours it would take over Fiat Chrysler Automobiles, although some cynics suggested this was put about by VW management to divert attention from problems closer to home, like fading profits at the crucial VW brand.

Now all we hear is VW’s top brass talk about the urgent need to cut costs. Meanwhile VW tries to push its mainstream brand upmarket and is trapped in a squeeze from above by real premium cars like Mercedes, BMW and its own Audi, and from below by in-house competition from Skoda, and Korean upstarts Hyundai and Kia.

CEO Martin Winterkorn has announced a plan to cut costs by five billion euros ($6.7 billion) a year from 2017. Some experts doubt that VW will be number one in the world by 2018, might not even be in the top four, and say there is no chance of meeting the pre-tax profit goal of more than eight per cent, and six per cent for its own troubled VW mass market brand. They say VW has relied too much on making easy money in China, and investors are starting to get nervous about the prospect of VW without the magic, not to say abrasive, touch of visionary chairman Ferdinand Piech, now a robust 77, but at an age when realists will be wondering who or what comes next.

“CEO Winterkorn has talked about bringing down costs, but more important is the positioning of the VW brand. VW wants to become Mercedes, but BMW and Mercedes buyers don’t want to buy VWs. They put a lot of upmarket equipment in these cars and then find they can only sell them with big rebates and price cuts.,” Dudenhoeffer said.

VW recently launched its new Passat mid-size sedan declaring that it indeed was moving into the upper echelons.

“If they want to buy a Mercedes, they’ll buy a Mercedes. This upmarket move is forcing VW to offer incentives, and on the downside Skoda (a cheap VW in disguise) is taking customers because they are about 2,000 euros ($2,700) cheaper and have the same performance and quality. So VW is more and more in some kind of sandwich position and that brings its margins and profits down,” Dudenhoeffer said.

“If they didn’t have an excellent China business the margins would have been much worse, possibly zero or less. China is subsidizing the VW brand,” Dudenhoeffer said.

VW sold almost 2.4 million vehicles in China last year, out of a global total of 9.7 million.

Languishing
VW brand profitability is still languishing at under two per cent, compared with the 2018 target of six per cent.

“VW has focussed too much on growth than profitability and it has now belatedly realized that it has to do something about profits, as CEO Winterkorn has been highlighting this week. The strength of the euro is also having an impact given the scale of operations in Germany,” Bailey said.

“For too long, VW has been relying on bumper profits from China to fund this expansion and now realizes that it has to look at costs and productivity. It’s a bit late. Cutting costs may anyway be more difficult than anticipated for the firm given the system of corporate governance in Germany which gives workers an important say on the supervisory board of the firm. That may mean using resources more efficiently to garner higher premiums,” Bailey said.

Not every ones sees VW as a company in dire straits.

“It’s true that the structure is not optimal for a global player,” Becker said, adding that it is perhaps too concentrated on its German home base, and the union influence is abnormally strong.

VW’s competition for global leadership is the current winner Toyota, which manages with its own brand and Lexus luxury subsidiary, and General Motors, with a few more like Chevrolet, Buick, Cadillac and Opel.

“The long-lasting multi-brand strategy of Mr Piech worked wonderfully well, because it kept Japanese competition out of the European market and nearly brought GM’s Opel-Vauxhall to bankruptcy,” Becker said.

After Piech
John Wormald, managing partner of automotive consultancy firm Autopolis, agrees that VW is on the right track, and doesn’t share the worry that it might all fall apart when Piech quits.

“I’m not sure there’s anything wrong with VW’s top leadership, even if it isn’t as bold and arrogant as Piech. It won’t implode because he’s gone,” Wormald said.

In the race for world leadership, Toyota’s strength is consistency, through having one volume brand. It has a tendency to dullness.

“It’s still a magnificent manufacturing machine, very consistent. It’s also a lot better in its management of suppliers, notably compared to GM. VW is the polar opposite, in terms of brand policy. It covers the waterfront with different brands, and actually does a pretty good job of managing that complexity. Getting a two per cent return on the VW brand is not bad going, given the cut-throat competition. So net=net, I don’t see VW losing its footing. It faces many challengers but it has formidable resources,” Wormald said.

“I don’t think they will make the profit targets,” Dudenhoeffer said.

He doesn’t think VW will be the world’s number one in 2018 either, favoring Toyota or the Renault-Nissan alliance, with maybe a threat from Hyundai-Kia of Korea or GM.

Dudenhoeffer is concerned about the Piech succession. He points out that the Piech family have the voting majority. German media lately has been full of rumors that Piech’s wife, fellow-board member Ursula, may succeed him.

Vacuum
“Without Piech, there could be some kind of revolution at VW; there would be a vacuum and that could make things very unclear for VW. Nobody seems to know what would happen next. Piech himself seems to be making no clear signal about what happens after him,” Dudenhoeffer said.

“Why should it (VW) implode? And don’t forget Mr Piech is younger than Warren Buffet and his health is at least as good as Buffet’s,” Becker said.

“I believe very strongly in VW and the virtues of the company. If a problem gets severe and troublesome enough, they will find an answer. With Mr Piech or without him,” Becker said.

Neil Winton, European columnist for Autos Insider, is based in Sussex, England. E-mail him at neil.winton@btinternet.com