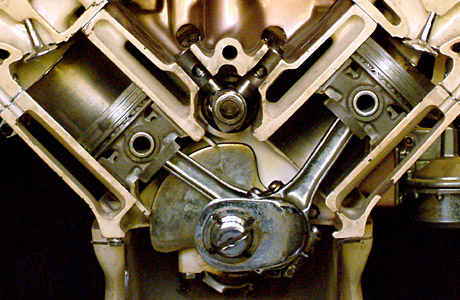 “if you run low on fuel, you can’t just look for the nearest petrol station. You might have to stay overnight while the battery recharges.

Listening, watching and reading the international media’s reporting on the Detroit Car Show, you could be forgiven for thinking that we will soon all be zipping around noiselessly in environmentally neutral electric cars.

Ford said it will have battery-powered vans in 2010 and an electric Ford Focus sized sedan in 2011. Mercedes Smart already has a battery-powered little city runabout. BMW’s electric Mini, being evaluated on the road by prospective customers mainly in California, is said to achieve 150 miles on a single charge. A BMW executive offered up a possible hostage to fortune by claiming at the show that a battery powered Mini could make it all the way around Lake St Clair.

Perhaps the most eye-brow raising claim of all came from BYD Auto of China which claimed a battery range of 250 miles for its E6, and only 10 minutes for a 50 per cent recharge.

But there are serious possible drawbacks to electric cars. Volkswagen of America President and CEO Stefan Jacoby put it this way.

“I think electric cars will be the main mobility vehicle in the future, but very long term. You have to be very careful. For a start, there’s no infrastructure. It will take many years for it (electric power) to reach the mass market and no one knows about reliability in day to day use,” Jacoby said.

Cheerleaders
To be fair to the battery cheerleaders, Jacoby was relentlessly pushing the case for diesel at the show as the best way of eking out the use of fossil fuel. VW of Germany has invested heavily in producing diesel technology which meets American emissions requirements.

But unlike diesels, (every other new car sold in Europe is a diesel) battery technology is unproven for intensive, every day use. In the U.S. the voltage for electricity delivered to peoples’ homes is too low for quick recharging. There’s no infrastructure in place for city dwellers to quickly plug in and adopt battery cars. In the U.S., not to mention Britain, there’s precious little slack in the national power generation grid. If there was a sudden increase in demand for battery cars, the lights would go out. It’s also worth remembering too that much of the chatter from leading executives at the show talked about battery power as though it was truly environmentally friendly. It might be in Switzerland, where a majority of electricity is generated by hydro power, or France, where about 80 per cent of electricity is generated by carbon dioxide (CO2) free nuclear energy. In most countries, batteries simply disguise the source of the smoky, sooty, coal-burning CO2 spewing power station.

Range anxiety
And then there’s range anxiety. It wouldn’t be unusual if the manufacturers exaggerated a little bit about the range capability of battery powered cars. Will the electric Mini really go 150 miles, if some of that is on a highway doing 80 mph? When you overtake on a country road and flatten the accelerator to the floor, how much will that take out of the battery? Unlike gasoline engines, if you are running low on fuel, you can’t just look for the nearest gas station. You might have to find a hotel and stay overnight while the battery recharges. The extra cost of at least $8,000 per car for the battery could be the killer factoid.

That’s why, contrary to the fanfare at the Detroit show, battery cars, gasoline-electric hybrids, plug-in hybrids and even diesels, will only be afterthoughts in the U.S. when you come to add up market shares by, say, 2015.

According to Eric Fedewa, Vice President, Global Powertrain Forecasts at industry consultancy CSM Worldwide, the U.S. market share of exotic engines featuring battery only, gas-electric hybrids, plug-in hybrids or diesels, is only likely to reach 15 per cent at best and perhaps a minimum of 10 per cent by 2015. Hybrids currently have a market share of about 2-1/2 per cent. Diesels have close to 3 per cent.

Diesel price negates advantages
Not so long ago, diesel market penetration alone was expected to reach 15 per cent of cars and light trucks by 2015. This has now been slashed to 9 per cent by industry forecaster J.D.Power, not least because the price of diesel at the pump has become so expensive compared with gasoline that its up to 30 per cent efficiency advantage has been shot down. Falling gas prices too have eroded the theoretical advantage of batteries and hybrids. This has led to calls from some in Washington to introduce a progressive gasoline tax to make sure gas prices are not suddenly eroded by market forces, which also destroys the economic case for researching new propulsion technology.

U.S. voltage not enough
“The infrastructure for charging vehicles doesn’t currently exist in most public areas, and in order to properly charge electric vehicles you need high voltage (110 volts in the U.S. versus 220 in Europe equals about 10 hours versus 3 hours). Consumers will have to retrofit their garages to charge vehicles. If not, a household charge time is likely to be well in excess of 10 hours,” Fedewa said.

And not forgetting “range anxiety”.

“With a pure electric vehicle the biggest problem is range anxiety, and that’s why GM’s solution with the Volt is a very good one. This makes the internal combustion engine as efficient as possible, then add hybridization to that vehicle,” Fedewa said.

GM’s plug-in hybrid Chevrolet Volt is designed to have a battery only range of about 40 miles which can be recharged by a small gasoline engine while on the road, or refurbished via home charging at night.

According to Fedewa, one of the reasons electric variations will show such a small increase in market share is because of improvements in the internal combustion engine. New direct injection gasoline engines can provide almost diesel-like fuel economy. Improved turbo charging also means more power can be squeezed out of smaller engines. This also makes sense because manufacturers have already spent massive amounts of capital developing gasoline engines over the years. Developments including dual-clutch automatic gearboxes, stop-start and regenerative braking also will raise gasoline engines’ fuel efficiency.

“Hybrids take less than a half per cent of sales in Europe, where vehicles are much more fuel efficient anyway, and they (hybrids) are expensive too. There’s no point if you can buy a diesel which costs less and gives you better fuel consumption. But expect hybrids in the premium sector – Mercedes, BMW, and Audi – where margins are big enough,” Bedwell said.

Hybrid developments might make them cheaper and more accessible, Bedwell said, pointing to a development by Peugeot of France which uses a conventional diesel engine and front wheel drive, but adds an electric module over the rear axle which are linked electronically.

Alex Woodrow, director and head of research at British consultancy Knibb, Gormezano and Partners, agreed that battery vehicles won’t be charging up the sales charts any time soon because of their cost, and the lack of capacity in the electricity power generation grid.

Asked to comment on the BYD E6’s claimed 250 miles capacity, Woodrow said this could be because the battery was much bigger than the Mini’s – 600 kilos (1,320 lbs) vs 228 kilos (500 lbs), and the Chinese were using different technology – lithium ion phosphate versus lithium ion. He estimated that the Mini’s batteries cost close to $10,000.

The internal combustion would dominate for some time.

“The internal combustion engine will dominate for the next 10 years, but we’ll see downsizing and turbo direct injection. Engines will get smaller, we’ll have stop-start and regenerative braking within a couple of years,” Woodrow said.

EcoBoost
Stop-start shuts off the engine when the car stops in traffic and reignites when the accelerator is depressed, or first gear engaged. Regenerative braking has nothing to do with the brakes, but puts power back into the battery when the car is freewheeling, or using less power as it eases down inclines.

“Ford’s EcoBoost (direct injection gasoline) gets V8 power out of V6 engines. Expect companies like BMW, which has eschewed 4-cylinder engines in the U.S., will begin to use 4-cylinder motors, boosted by turbo chargers. In Europe, most engines will shrink to between one and 1-/2 litres with those over 2 litres declining. In the U.S. engines above 2-1/2 litres will decline,” Woodrow said.

“Anyone expecting battery technology to make a quantum leap is going to be disappointed. Now the range is about 150 miles max. Battery engineers are not expecting that to double any time soon. Efficiency will increase about 3 per cent every 5 years, so that’s not enough to make electric vehicles high volume. That keeps them as urban vehicles,” Fedewa said.