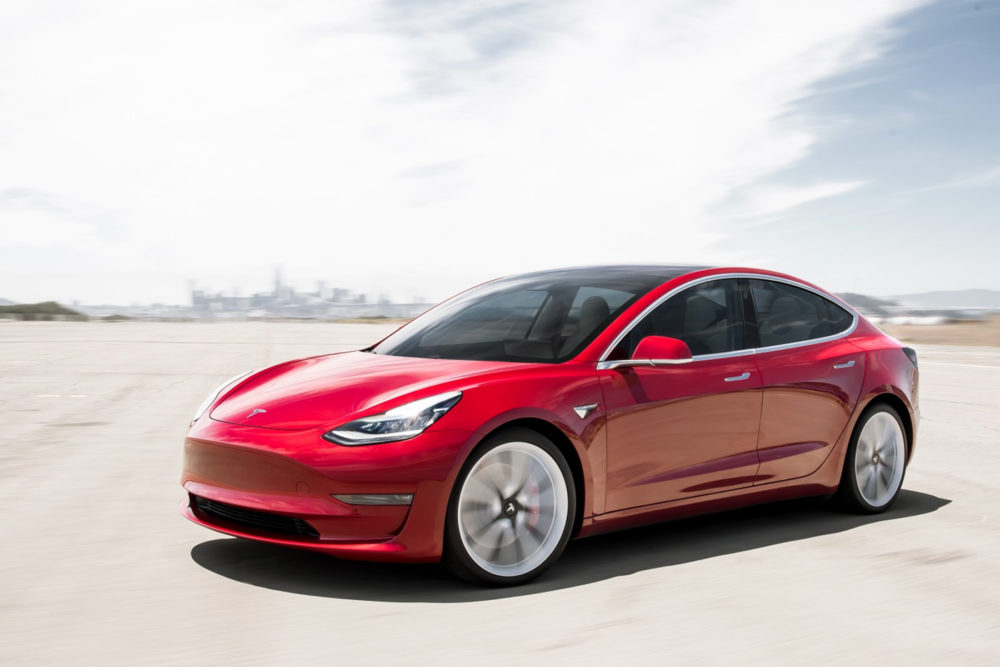 “The Tesla Model 3 was the top-selling premium midsize sedan in Europe – outperforming the Mercedes C-Class, Audi A4 BMW 3-Series”

There is good news and bad news for Tesla from Europe.

The good news is the new Model 3 burst on to the scene in Western Europe in February, and instantly became the number one selling pure electric car.

Unfortunately for Tesla, preliminary indications point to Model 3 sales were being won at the expense of the more expensive Model S sedan and Model X SUV.

“Despite Tesla Model 3 topping Western Europe’s electric car market in its first month of European deliveries in February – accounting for 18% of the pure electric car market – the boost is also coming at the expensive of its flagship Model S model expected to record a big fall in first quarter sales,” Schmidt said.

Schmidt said March sales for the Model 3 are likely to be even higher.

Tesla has been eating away at the profits of the big German carmakers’ European luxury portfolio with its Model S and Model X.

The initial sales success of the Model 3 won’t surprise Professor Ferdinand Dudenhoeffer, director of the Center for Automotive Research (CAR) at the University of Duisburg-Essen. Dudenhoeffer said he expects 80,000 Model 3 sales in Europe this year, although he has reined in his initial forecast of 100,000 made late last year.

Schmidt data
The February sales data from Schmidt points to an annualized rate of just under 50,000 though,

“The hotly anticipated car excelled during its first full month on the European market and became the best-selling BEV (battery electric vehicle). The Model 3 quickly outsold other big players like the Nissan Leaf and Renault Zoe, despite being more expensive and only available for a short amount of time. The performance of the Model 3 is remarkable, given we normally don’t see this kind of result until four or five months after a new car has hit the roads,” Munoz said.

“The Tesla Model 3 achieved another record in February, as it became the top-selling premium midsize sedan in Europe – outperforming the popular Mercedes C-Class, Audi A4 and BMW 3-Series. As we’re seeing in the U.Ss, Tesla is also shaking up the European market. Its long-lasting impact will depend on how quickly the German premium makers, Volvo and JLR (Tata Motors of India-owned and British-based Jaguar Land Rover) react to the arrival of the Model 3 to Europe and how quickly they can bring in their own midsize electric cars,” Munoz said.

Model 3 sales started in Germany, Switzerland and Norway in February with a version costing $72,000 with a long-rang battery pack. The Performance version with two electric motors and four-wheel drive was also available.