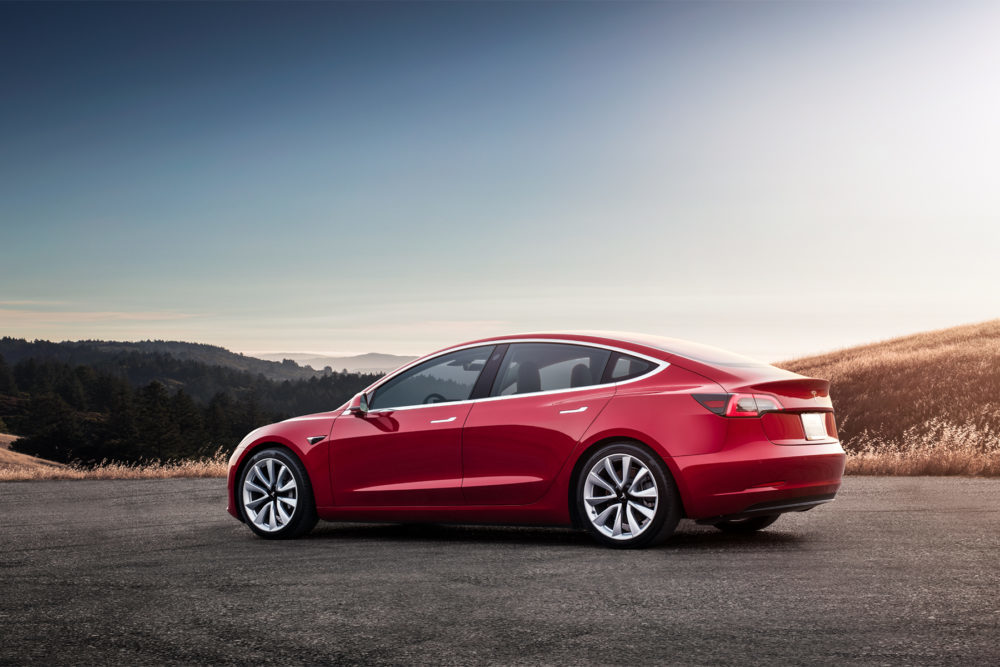 Tesla’s Model 3 stormed to the top of the Western Europe battery electric car sales charts in the first quarter of 2019, outselling the second best Renault Zoe with almost twice as many sales.

This is all the more remarkable because the Model 3 was only available for sale from February, and the price of the Tesla is probably more than twice and maybe occasionally even 3 times that of the little Zoe city car.

According to data compiled by Berlin-base automotive industry analyst Matthias Schmidt (www.schmidtmatthias.de), Tesla sold 19,482 Model 3s in the first quarter compared with the second placed Zoe’s 11,049 and the Nissan Leaf with 10,315.

Direct competitors to the Model 3 were way off the pace, with the Jaguar I-Pace in 7th place at 3,012 and the Audi E-Tron 11th with 2,526, according to Schmidt’s data.

Schmidt said the European competition may in fact be holding back its sales because next year, European Union (EU) carbon dioxide (CO2) regulations tighten sharply. Manufacturers may want to have the biggest number of electric cars in their fleets in 2021, to bring down the average emissions, and mitigate or avoid big fines. Meanwhile, the Tesla Model 3 has the chance to rack up big sales because its all electric fleet won’t suffer fines.

“I expect the Model 3 to finish the year as the top-selling electric car model in Europe helped along by the fact that other manufacturers are reducing supply of their electric models to 2020, with plenty of creative excuses, in order to lower their fleet average CO2 emissions – when it counts – to achieve the next round of EU targets being introduced in 2020 covering 95% of their total fleet and 100% in the following year,” Schmidt said.

“Tesla is the only manufacturer that doesn’t have an issue meeting fleet average CO2 emissions and effectively has an open goal up to the end of this year,” Schmidt said.

Model 3 sales started in Germany, Switzerland and Norway in February with a version costing $72,000 with a long-rang battery pack. The Performance version with two electric motors and four-wheel drive was also available.