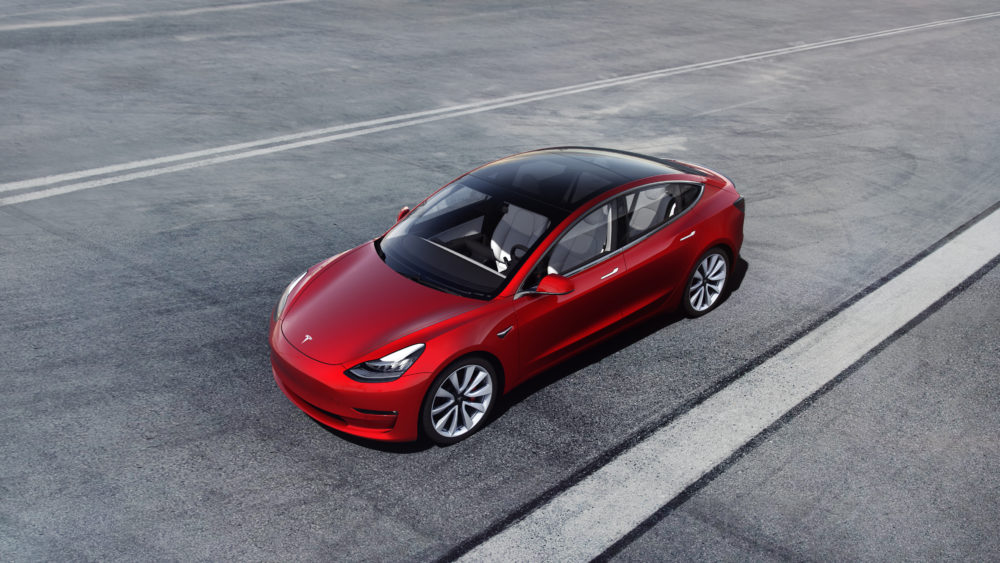 Tesla Inc finally showed investors it could make lots of Model 3s, but was then hit by reports it was struggling to deliver them all.

Meanwhile long-term supporter Berenberg Bank reaffirmed its hopes for Tesla, with a target of $500 for the share price. Given that Tesla has tumbled from a high for the year of close to $388 to its current $260, that’s a brave call.

“In our view, the market probably underestimates Tesla’s earnings and cash flow potential, as benefits from better fixed cost absorption, manufacturing efficiency gains and falling costs of batteries and components more than offset declining ASPs (average selling prices) over time. We expect Tesla to become self-sustaining, and consider worries about its balance sheet and cash flow generation to be overblown,” Berenberg analyst Alexander Haissl said in the report.

Tesla’s technological advantage
“This underestimates the full extent of Tesla’s technological advantage, which manifests in the entire electronic architecture of the vehicle as well as the battery management system. This advantage and superiority should become more visible and important once traditional (manufacturers) launch their next-generation EVs, as it underpins Tesla’s leadership even further,” Haissl said.

“Tesla’s Model 3 gross margin performance has lagged our expectations somewhat over the past few quarters, and we believe it could take at least a year to improve to 25 per cent, which we view as commensurate with solid free cash flow,” S&P said.

Moody’s Investors Service reminded investors that $1.15 billion of Tesla’s debt matures between next month and March 2018.

Moody’s said increased Model 3 production made it more likely that this debt hurdle could be jumped without recourse to more borrowing. Trade tensions with China though will have the opposite effect.