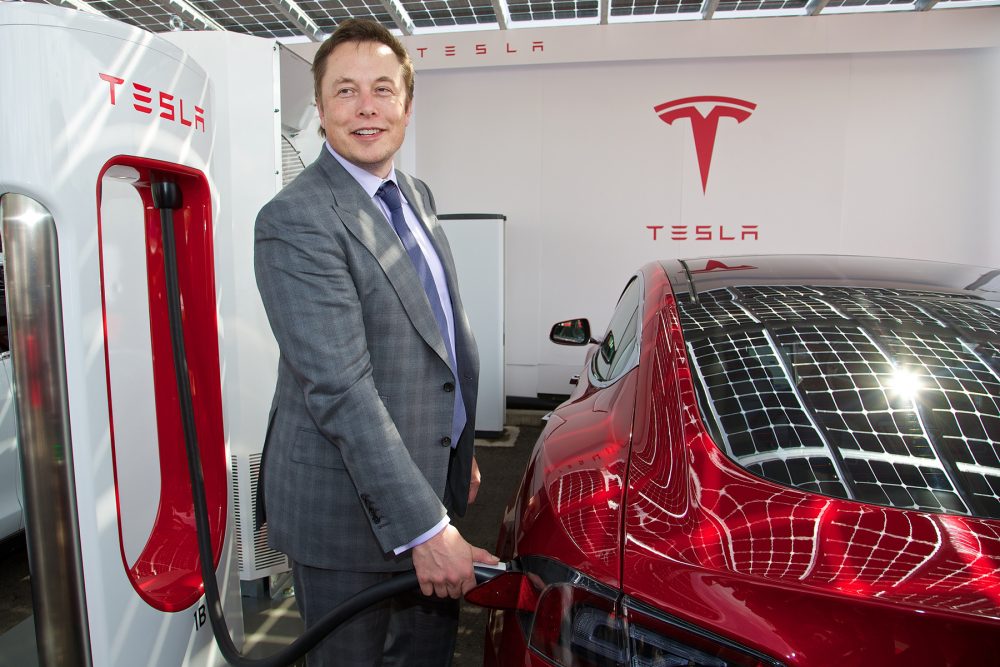 Production Hiccup Undermines Tesla, But Will It Survive?

“a classic case of a new entrant taking the risk and creating the initial market, only to be caught by the entrenched incumbents”

Tesla Inc’s long term viability has been questioned following Model 3 production snafus and might well have given the likes of BMW, Mercedes, Audi and Porsche a chance to eat into the big lead CEO Elon Musk’s upstart company has built up in the production of electric vehicles.

Opinion is divided as to whether Tesla can weather this storm and go on to becoming a leading electric automotive player, remain a small, niche player making fat but not very big overall profits, or perhaps drown in the massive debt it has built up during its short but spectacular life.

Barclays Equity Research is in the negative camp.

“We think German (manufacturers) are about to launch an onslaught of attractive and profitable electric products. We expect them to hit targets. The German model of a harmonious blend of robot and human, perfected over 100 years, will ensure a speedy and efficient production ramp,” said Barclays’ analyst Kristina Church in a report which starts by saying German CEOs don’t need to sleep on the factory floor.

In early April Musk famously told his twitter followers he was back to sleeping at the factory, trying to fix Model 3 production problems, adding “Car biz is hell”. It seems the production ramp-up of the smallest Tesla so far and potentially the biggest seller had stumbled because too much automation in the final stages hadn’t worked. Expensive machinery was being replaced by extra human workers.

As the Model 3 project was stalling the Germans have been busy eating into Tesla’s lead with the planned launches of the Audi E-tron Quattro, Porsche Mission E, and Mercedes EQC. British-based and Tata Motors of India owned luxury sports car maker Jaguar has already launched its premium sector electric competitor, the I-Pace battery-only SUV, which made its debut at the Geneva Car Show in March.

Critical
In a recent research note, investment bank Morgan Stanley said the next three months will be the most critical time in Tesla’s history since the Model S launch 6 years ago.

“The fundamental pendulum could move in either direction or in both directions in a big way, making Tesla the ultimate high-risk name in autos,” Morgan Stanley analyst Adam Jonas said in the report, using some opaque language, but which makes it clear; Tesla faces a big test, imminently.

Professor Stefan Bratzel, from the Center of Automotive Management (CAM) in Bergisch Gladbach, Germany, is confident Tesla will pull through its current crisis and go on to great success.

“Tesla will learn from its mistakes fast and I’m pretty sure Elon Musk will succeed in fixing this Model 3 production problem although it might take a few months to do this. I’m quite sure Tesla will make it,” Bratzel said in an interview.

Bratzel also pointed out that although the production problems will be solved by employing more people, this will add to Model 3 costs and may well force Tesla to price it much higher than the base price of $35,000.

Bratzel said the test of Tesla’s long-term viability will be obvious by the middle of the next decade.

At least 3 million by 2025
“I think if Tesla is going to make a lasting impression on the industry it should have at least an output by 2025 of 3 to 5 million vehicles a year. It has to be at least 3 million and if it is less than that by the end of the 2020s, and I think it will be, Tesla won’t be one of the big players in electromobility,” Bratzel said.

Tesla has said in the past it will build 1 million models a year by 2020, but last year Morgan Stanley said this was not even nearly obtainable and forecasted Tesla will reach 500,000 Model 3 deliveries a year no earlier than 2024.

BMI Research analyst Thomas Glendinning has no fears about Tesla’s ultimate success either.

“Tesla is growing at a rate similar to the electric vehicle (EV) market in general and from a long-term point of view the growth strategy is well on target. The well established auto market players already have a profitable business and they aim to move into the EV space but that’s not to say they will blow Tesla out of the water. Tesla is still very competitive with the German players, but in the connectivity field it is leagues ahead. Just look at the central display unit of Tesla to see how far ahead of the game they are,” Glendinning said in an interview.

John Wormald, analyst with British automotive consultancy Autopolis, is impressed with Tesla’s decision to enter the electric car field at the top end, where bigger profits allowed it more pricing latitude, but he fears for the future. The Germans are coming.

Cash crunch
“Net-net, I think this is a classic case of a new entrant taking the risk and creating the initial market, only to be caught by the entrenched incumbents. So my bet for what it’s worth is that Tesla will get overtaken by the Europeans, the Germans in particular, will run into a cash crunch and have to find an exit. Elon Musk can’t go on raising capital to cover operating losses for ever. The financial markets will turn against him, with a number of investors getting burnt,” Wormald said.

Perhaps it would then be taken over?

“How useful is the Tesla (Fremont, Calif.,) assembly plant going to be to a competitor – German upline, Jaguar, Japanese? They presumably wouldn’t want the extra brand. But it might just attract an outlier. Fiat Chrysler is nowhere on electric drive, but has a bit of upmarket credibility through Alfa Romeo and might just be tempted. Or the Chinese. Given that China is far and away the most aggressive investor in electric drive, because of its vast environmental problems. Or even VW, which is so brand-happy,” Wormald said.

CAM’s Bratzel said Tesla has the potential to survive.

“But if they run out of money. I would say another player would take over this great brand that Elon Musk has created, I don’t think it would disappear,” Bratzel said.

Barclays’ Church sums up the German threat this way.

“The German (manufacturers) don’t just promise, they deliver. Silicon Valley may be better at PR and building brand, but we believe EU (European Union) premium manufacturers are quietly creeping up on their Space-aspiring counterpart,” Church said.