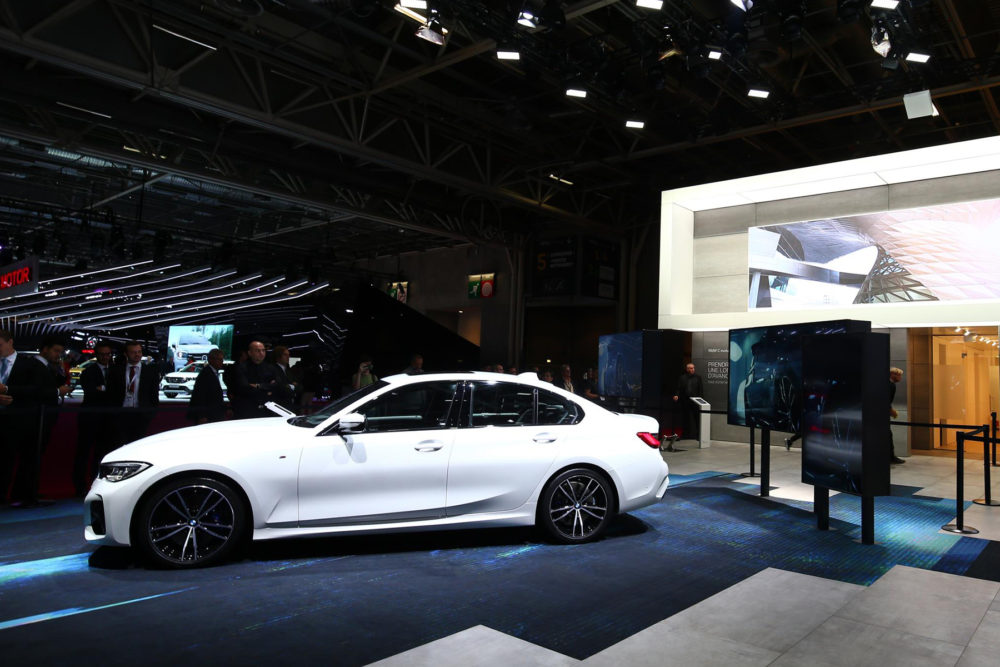 It was the car show that much of the industry avoided, but it still attracted many significant new launches, from trend setting electric vehicles to the inevitable slew of new SUVs, with BMW making the biggest splash.

Volkswagen, Subaru, Volvo, Mazda, Mini, Mitsubishi, Ford, Nissan, Bentley, Fiat Chrysler and its Alfa Romeo and Jeep brands didn’t show up. Volkswagen had the excuse that it wasn’t launching anything major at the Paris Auto Show, otherwise known as Mondial de l’Automobile. But Ford’s absence defies logic, as it is currently launching its important Focus sedan across Europe.

BMW pulled out all the stops, launching its crucial 3-Series sedan, and 2 other important vehicles. The all-new 7th generation BMW 3-Series competes with the likes of the Alfa Romeo Giulia, Jaguar XE, Audi A4 and Volvo S60, but cars like this are losing their appeal to more versatile SUVs. It looks a lot like the old one, but has sharper looks and has shed some weight – up to 50 kgs or 110 lbs. This will improve fuel economy and handling. 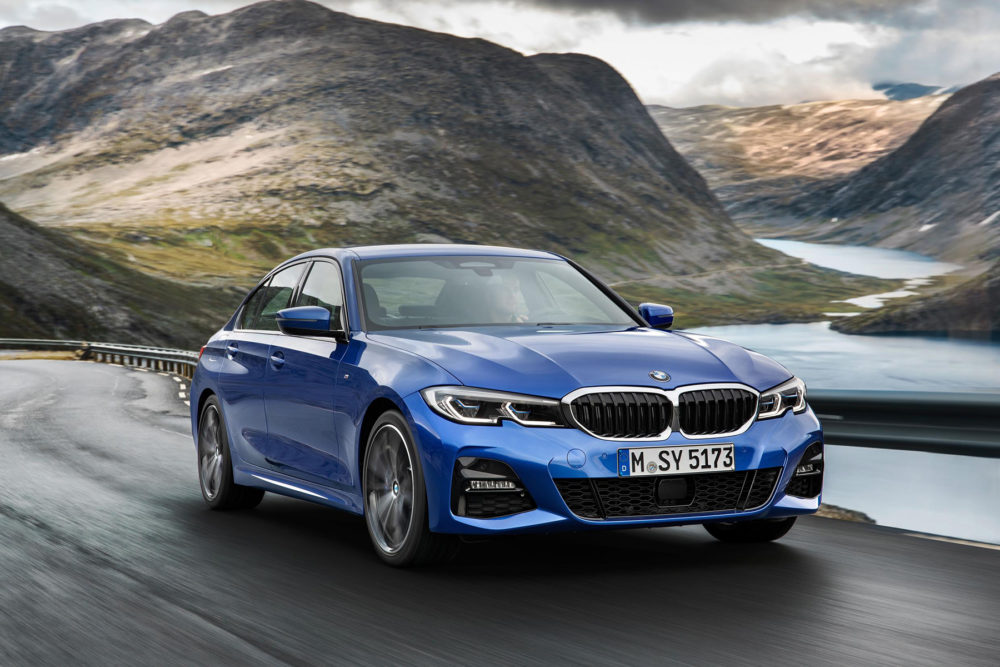 BMW also launched the new Z4 roadster, after it dumped the previous model 2 years ago. The new one was developed with Toyota and will be the basis of a new Supra. BMW also launched a new X5 SUV, and put a bigger battery in its i3 City car. BMW is so pleased with the new battery, it has withdrawn the little gasoline motor which served previous models as a battery range extender for the i3. 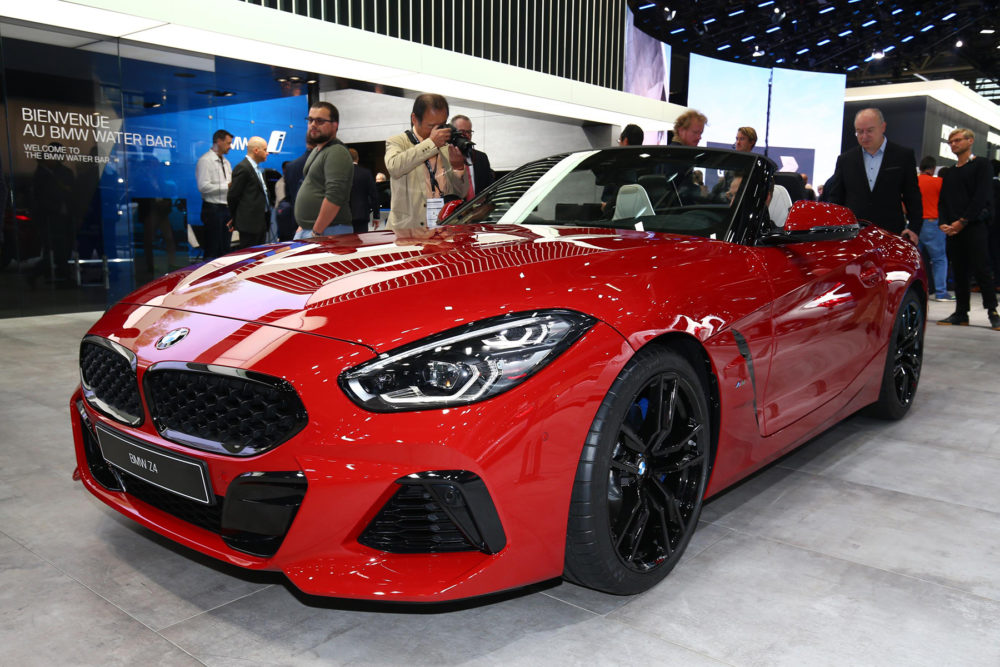 Upmarket wannabe
DS, the upmarket wannabe subsidiary of PSA Groupe, launched the little DS3 Crossback SUV, designated as the brand’s biggest seller and will fight with the Audi Q2 and Mini Countryman for sales. PSA owns Citroen and the Peugeot brands. DS, named after the iconic Citroen dream car launched in 1955, has had a torrid time of late, with sales diving to 45,400 in 2017 from 64,700 in 2016, according to Automotive Industry Data. PSA CEO Carlos Tavares has revived Peugeot and Citroen with hardnosed policies which eschewed piling ‘em high and selling ‘em cheap, to preserve profit margins. This attempt with DS to challenge the German premium brands does look an uphill struggle. 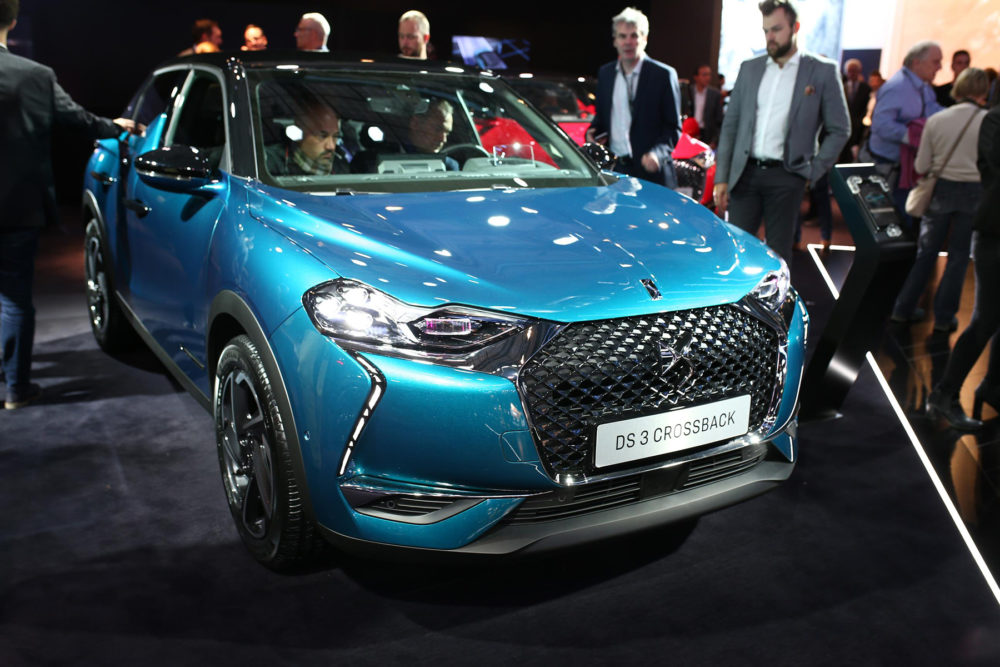 The electric segment was boosted by two competitors for the Tesla Model X, the Audi E-tron and Mercedes EQC. The last Paris show in 2016 rang out to cries that the electric revolution had started, but since then, sales of electric cars have remained a minority experience, as the products on offer fail the price, range and chargeability tests. The Audi is priced from $75,795 before tax and the Mercedes will be about the same.

Mercedes also launched the GLE SUV, a direct rival for the BMW X5. GLE engines include a 6-cylinder gasoline motor with a 48-volt mild hybrid setup. Expect to see more 48-volt mild-hybrids, as European manufacturers seek to find an answer to disgraced diesels. The GLE will also get a plug-in hybrid, later, which will give a battery-only range of up to 50 miles. Most plug-in hybrids now can only struggle to 30 miles.

Ferrari Monza
Ferrari raised the pulse rates of the show with its Monza limited edition supercar, which comes in one or two seat form, with a 800 hp V-12 engine. 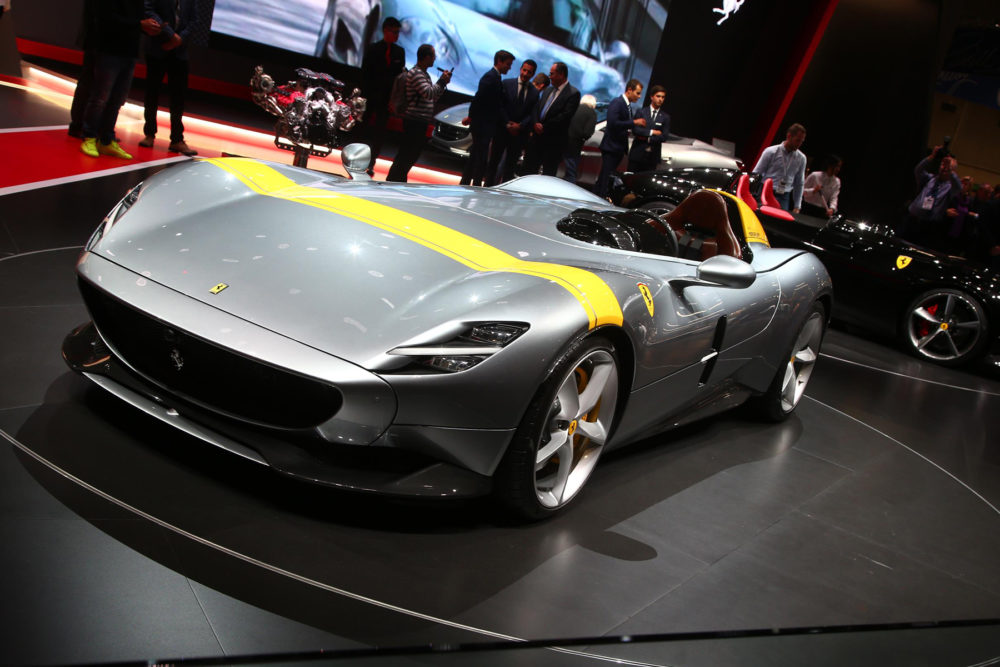 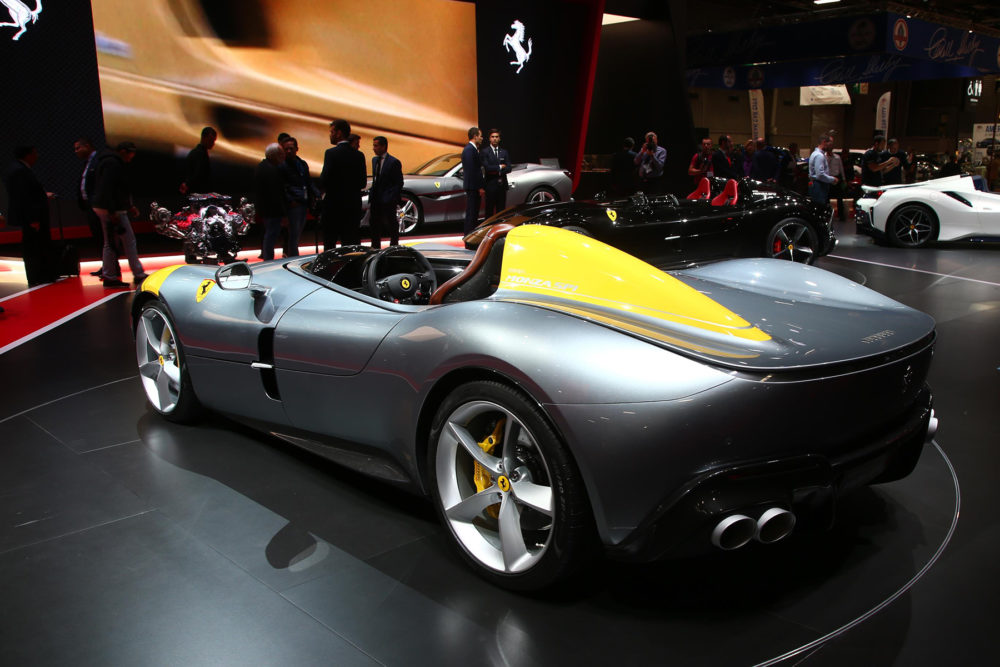 Down at the affordable end of the market, the new generation Suzuki Jimny makes its debut. This rugged little off-roader hasn’t been updated for nearly 20 years, and retains its 3-link rigid axle suspension with coil springs, and four-wheel drive with low range transfer gear. Pricing is likely to start close to $20,000, after tax. Suzuki withdrew from the U.S. market in 2012. 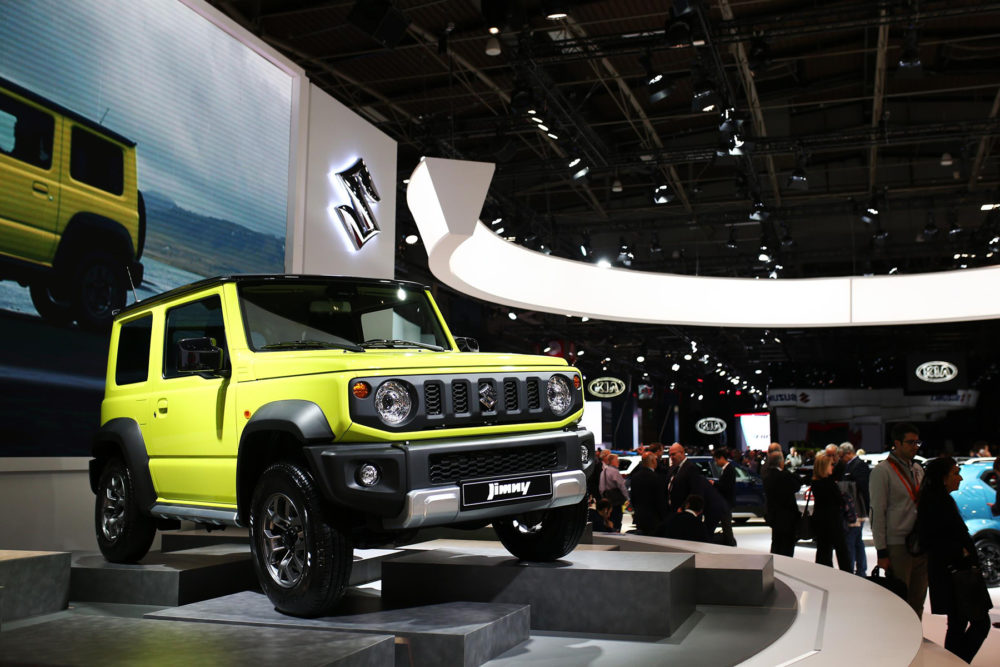 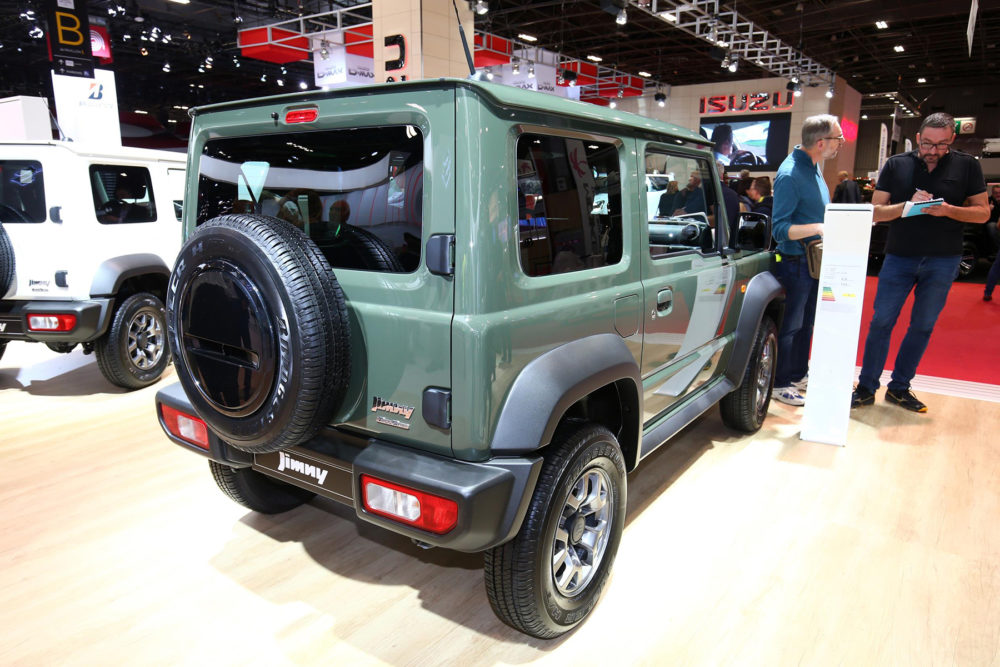 The show opens October 4 through 14 at the Porte de Versailles, Paris.