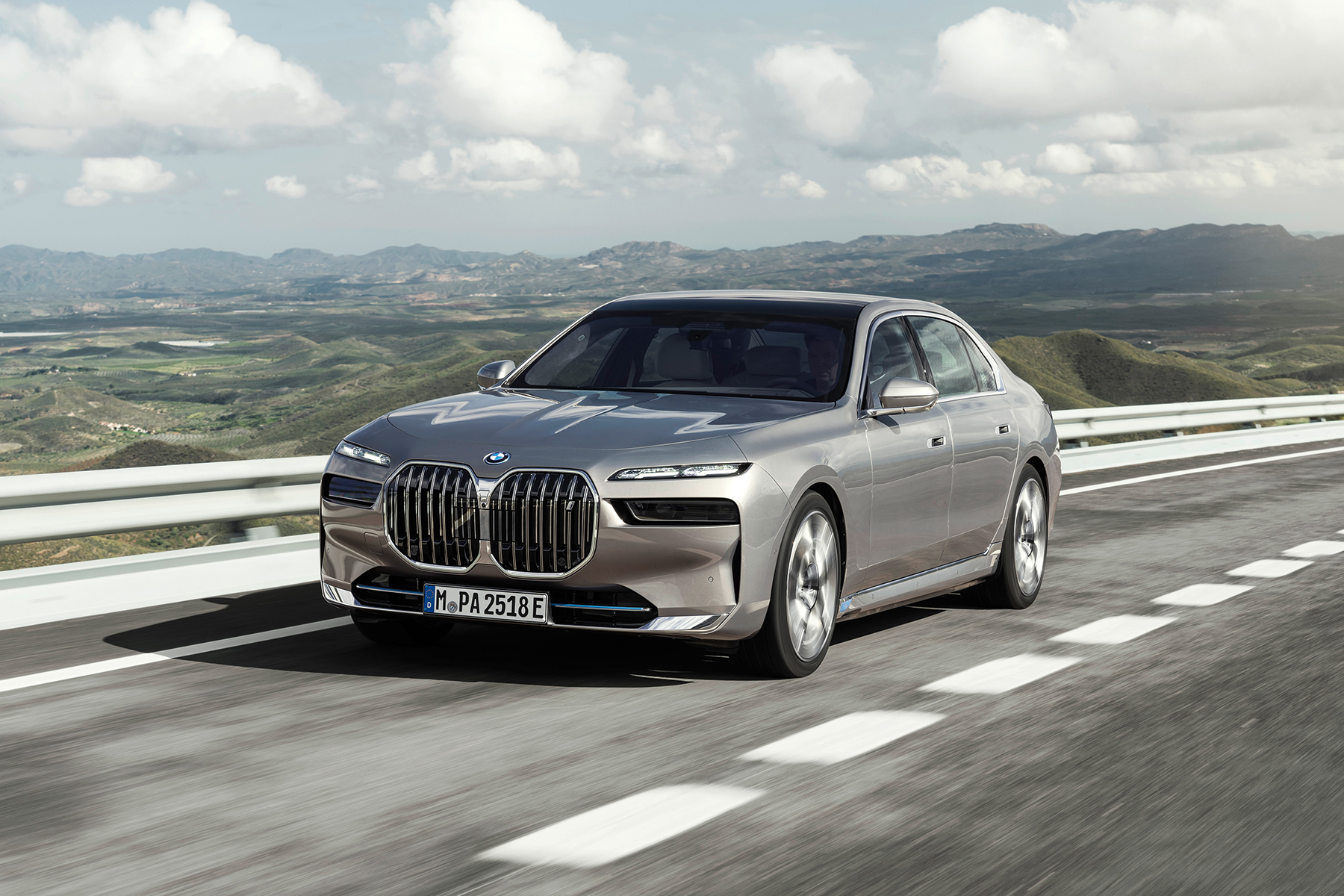 “Modern cars should not frighten city dwellers, pedestrians, bikers or children. This is not the case with the BMW 7”

BMW has added an electric version to round off its new 7 Series flagship but the fact this includes gasoline and diesel versions undermines the company’s efforts to demonstrate technological leadership versus the likes of Tesla and Mercedes, according to experts.

Investors have criticized BMW’s plan to stand apart from its competitors with a so-called dual development of electric vehicles, where internal combustion engine (ICE) powered vehicles and electric ones are produced using the same basic engineering. This stance has cost BMW some mileage on the stock market, with analysts saying its direct peers have all adopted BEV-only long-term strategies.

This is likely to generate cost savings, but also means that electric versions can’t offer the specialized advantages of weight and space-saving that the likes of Tesla and its electric-only fleet can achieve.

BMW was considered a leader in the field when it launched its little battery electric (BEV) i3 back in 2012. Since then, BMW has been restrained in its plans to electrify, which reflects its interpretation on how to meet tough European Union rules to shed carbon dioxide (CO2).

BMW will also this year launch an electric X1 compact SUV, and next year an electric 5-series sedan and electric Mini Countryman.BMW has said by 2023 it will offer a BEV in every relevant segment and will deliver 10 million over the next 10 years. In 2025, BMW will start its BEV Neue Klasse plan, which will be the basis for all new models, with new software and next-generation electric drives and batteries. 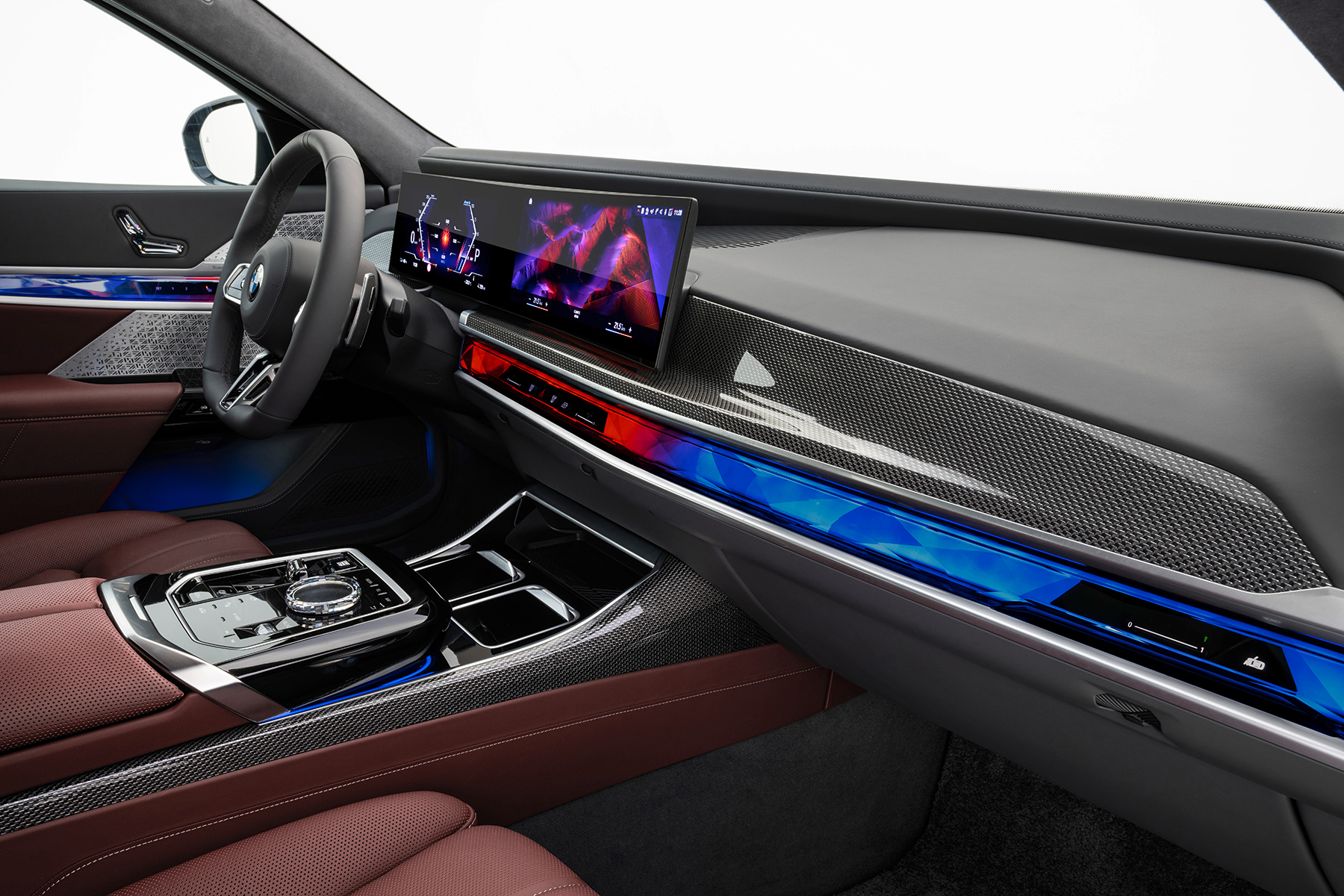 Big ICE sales
BMW CEO Oliver Zipse defended the decision to offer gasoline and diesel power by pointing to the likelihood of big ICE sales in markets outside of Europe. In Europe, there is much pressure to eliminate sales of new ICE cars. Britain has already banned these sales from 2030. Pressure is mounting in other big markets like Germany and France. The U.S. has called for 50% of its auto market to be powered by BEVs, plug-in hybrids or fuel cells by 2030.

In a Reuters report from New York earlier in April, Zipse said offering more fuel-efficient gasoline and diesel cars was key from a profit perspective and an environmental one, pointing to gaps in the charging infrastructure and the high price of electric vehicles.

A recent book “Racing Toward Zero – The Untold Story of Driving Green” written by engineers Kelly Senecal of the U.S. and Felix Leach of the U.K., pointed out that a precipitate race to eliminate CO2 was in danger of wasting valuable and proven resources provided by ICE linked to batteries, and hybrid technology is the fastest way to reduce global CO2. The book said claims battery cars are CO2 emission-free are false, and when partnered with renewable energy they have a clear advantage over hybrids, the overall win often isn’t that great.

Given the fact gasoline and diesel engines in current cars and SUVs are anything but dirty, Senecal and Leach say it would be foolish to end their role prematurely. These vehicles don’t emit much in the way of noxious gases and CO2 is impossible to avoid but claims that electric cars are “zero emission” are way off the mark.

Skateboard
Professor Ferdinand Dudenhoeffer, director of the  Center for Automotive Research (CAR) in Duisberg, Germany, doesn’t think the new 7 Series make much sense with fossil-fuelled versions, which other big manufacturers have decided to dump. He points out electric car “skateboard” architecture has already been adopted by Tesla, Mercedes, VW and its Audi and Porsche subsidiaries, and Chinese companies like XPeng, Polestar and NIO.

“According to the first photographs, the combustion versions have two ready exhaust tailpipes, and of course the large radiator grille – relics from the world of old cars instead of a symbol of innovative strength,” Dudenhoeffer said.

Dudenhoeffer points out sales of the 7 Series have dived over the last 10 or so years from 5.4% of total sales in 2010 to 2.0% in 2021. He lauds the Mercedes top-of-the line all-electric EQS which he describes as a great leap forward in terms of technology and innovation.

“BMW needs to be braver. Old world and new world at the same time – diesel and electric – does not fit into a clear brand position. With the new 7 Series, BMW is presenting a hermaphrodite, in contrast to Mercedes EQS. Conventional thinking and little courage characterizes BMW’s concept. There is a great risk of weakening brands and making them meaningless with compromise between the old world of combustion engines and the new world of electric cars,” Dudenhoeffer said.

“Compromises or hybrid creatures lack credibility they are pragmatic rather soulless entities. Tesla is clearly positioned and therefore successful. Modern luxury also has a social responsibility, and this must be felt in the appearance, in the design, and in the environmental compatibility. Environmental responsibility and diesel does not work,” Dudenhoeffer said.

Investment bank UBS had a less impassioned, more down-to-earth view of the i7 Series, talking about its direct clash with the Mercedes EQS and its slightly lower range.

Lack of differentiation
“The lack of differentiation in design could be an issue for commercial success. On the positive side, the design of the vehicle provides more space in the back, providing the model with higher luxury possibilities, while EQS is more focussed on efficient aerodynamics,” UBS said in a report.

Dudenhoeffer also doesn’t like the huge grille and macho, aggressive symbols of the 7 Series design.

“Modern cars should not frighten city dwellers, pedestrians, bikers or children. This is not the case with the BMW 7,” Dudenhoeffer said. 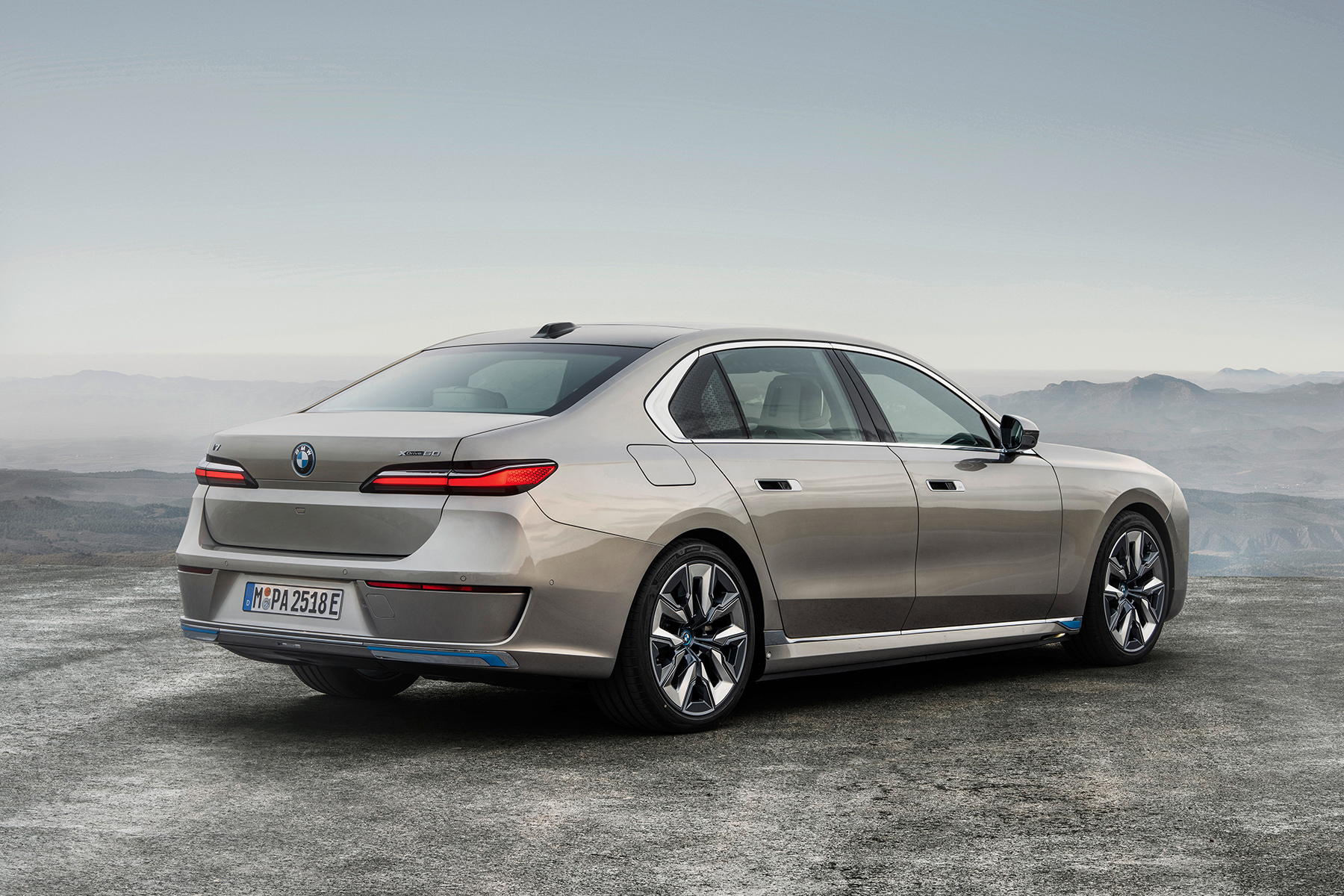