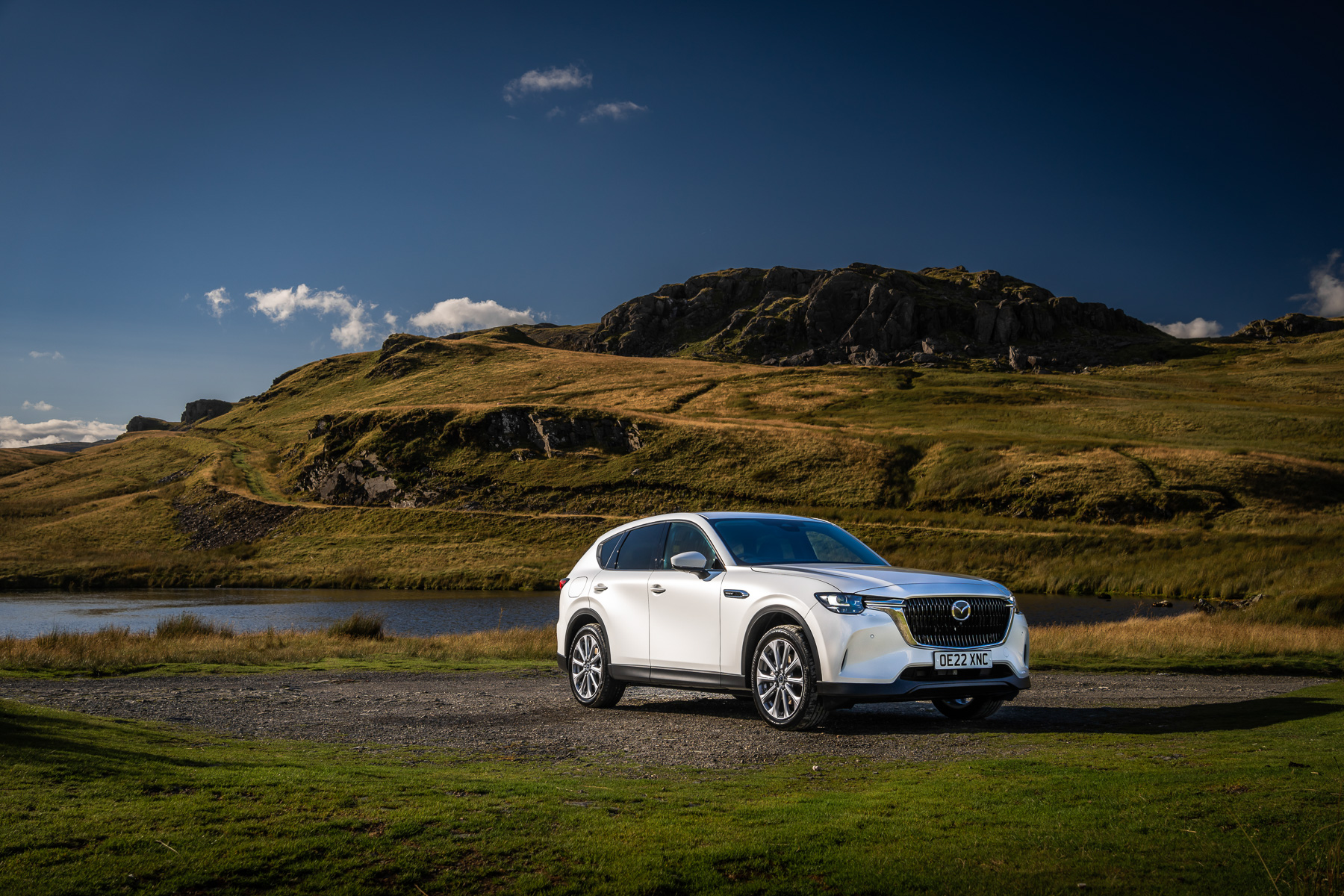 Mazda Lauches CX-60 SUV With A PHEV, As California Endorses The Concept.

“Are customers willing to pay more for a mainstream brand, especially in Europe, where the premium car market is dominated by Germans”

Mazda of Japan led the European launch of its new CX-60 SUV with the plug-in hybrid version. This might have surprised those who view this technology as already approaching obsolescence, but a recent decision by the usually radical Californian carbon dioxide (CO2) emissions regulators will have given new life to PHEVs.

Mazda’s new CX-60 models mark the start of a move up-market into the highly-profitable territory long dominated by the likes of BMW, Audi, Mercedes and Porsche. A bigger SUV will follow in Europe with the CX-80. These models will be available with either gasoline, diesel, mild hybrid, hybrid or plug-in hybrid electric power. By 2030, 25% of Mazda’s global product offering will be battery electric vehicles (BEVs).

A feature of Mazda’s approach is its refusal to be cowed into giving up internal combustion engine (ICE) power prematurely, and it says it will carry on globally improving the fuel efficiency of its gasoline and diesel engines.

Plug-in hybrid electric vehicles (PHEVs) would seem to many the ideal compromise to solve the problem of how to transition from ICE to battery electric vehicles (BEVs), given that BEVs are clearly not yet ready for prime time and range anxiety will strike those who venture on to the highway for more than a local trip. PHEVs have much smaller batteries than BEVs and a backup ICE for long journeys and offer from about 30 miles to upwards of 60 miles of electric-only driving. The CX-60 PHEV has a claimed 39-mile electric-only range.

PHEVs have drawn fierce criticism from the green lobby in Europe, unhappy with a mobility solution that doesn’t outlaw hated fossil fuels completely, despite the fact most private buyers with typical daily driving requirements would use almost no gasoline. This criticism has been accepted by European regulators who have decided only new BEVs will be allowed after 2035.

California Air Resources Board
But a land-mark decision by the California Air Resources Board (CARB) in late August requires all new vehicles sold in the state by 2035 to be BEV but included a surprise concession that a proportion of PHEVs be allowed too. CARB’s new regulation would allow automakers to sell up to 20% PHEVs in 2035. PHEVs will require a minimum 50-mile all-electric range to qualify. The reasoning behind this concession to PHEVs should resonate amongst politicians and consumers in Europe.

Lobbyists for the concession argued that consumers wanted PHEVs, including low-income drivers, drivers in rural and cold weather regions and drivers that tow camper vans, boats and trailers.

I recently drove the Mazda CX-60 Exclusive AWD PHEV and its high-quality interior, exceptional performance, high level of specification and keen pricing will certainly challenge German competitors like the BMW X3, Mercedes GLC and Audi Q5. The Volvo XC60 and Hyundai Santa Fe will also be feeling the pressure, as will top versions of the Toyota RAV-4. The battery-only range of 39 miles was about 10 miles short of competition like the Suzuki Across/Toyota RAV4.

Mazda has always tried to leverage its Japanese heritage to differentiate itself from the rest and it uses Japanese names to designate grade steps, adding “Homura” and “Takumi” to the basic Exclusive-Line, and underlining Japanese craftmanship.

The CX-60 PHEV combines a 2.5 liter, 4-cylinder gasoline engine with a 100kW electric motor and a 17.8 kWh battery. This combination delivers a total system output of 323 hp and torque of 500 Nm – making it the most powerful road car Mazda has ever produced. The sprint from zero to 60 mph takes under 6 seconds. In Europe Mazda will add a 3.0-litre gasoline engine and a 3.3 liter diesel.

Electric cars
“After 2025, the company will launch its brand-new EV Scalable Architecture which will allow Mazda to efficiently build electric cars of all sizes using one common platform,” Mazda said.

Mazda says the CX-60 PHEV’s official WLTP combined fuel consumption is 157 miles per U.S. gallon, but as with other similar PHEV claims by other manufacturers, this will bear no relationship to the real world. The manufacturers never explain exactly what combination of driving will give you 157 mpg. The battery-only range is claimed to be 39 miles and given that this is well within the accepted daily usage of average commuters, the CX-60 will be a CO2-free zone during local use. But PHEV competitors like the Toyota RAV-4-derived Suzuki Across though have closer to 50 miles of electric-only range. On the highway, perhaps 38 miles per U.S. gallon might be possible, but quite where 157 mpg fits into the puzzle is a mystery.

“The CX-60 is a very interesting product from both, the look and performance points of view. It moves up Mazda in the segmentation with a modern and comfortable midsize SUV. The question is whether the customers are willing to pay more for a vehicle from a mainstream brand, especially in Europe, where the premium car market is dominated by the German makers. Mazda does not have a premium history, unlike Lexus, Jaguar, or Alfa Romeo, who barely succeed with their current offer. For example, DS (the Stellantis upmarket pretender) started selling cars as an independent premium brand in 2014, and last year it sold no more than 48,000 units globally vs 2.2 million of BMWs,” Munoz said.

“As a halo car, it can definitely work. It features the latest technology in a very appealing package. The CX-60 is way to show the public what Mazda can do and how the rest of the line-up can benefit from the technology developed in this vehicle. But (this) premium SUV (sector) is particularly difficult in Europe. The 3 Germans made up 60% of the registrations last year, leaving the rest to Volvo, Alfa Romeo, Porsche, and Jaguar Land Rover (JLR),” Munoz said.

Attack German dominance
Tim Urquhart, autos analyst at S&P Global Mobility, thinks the CX-60 will eat into the likes of Volvo and JLR’s attack on German dominance in this sector.

“Is the CX-60 up there with the best? Yes, I think it is. Mazda has invested a lot in interior design and high-quality materials, pitching their cars at a level way above the average market brands,” Urquhart said.

Isn’t this an unfortunate time to launch a new range of vehicles in Europe, just as the massive increase in energy prices looks set to wipe out the disposal income of the average citizen?

“That goes for the entire industry and entire market. We’ve just come through one crisis with semiconductors and just as the industry recovers from that, another cost of living crisis across the U.K. and Europe is about to strike,” Urquhart said.

“It’s not a great time to launch a new vehicle but most manufacturers will just continue as normal. But it’s a concern for everybody, no doubt about that,” Urquhart said.

Accelerating Electric Car Sales Forecast, But Devil Will Be In The Detail
Aston Martin Triples Loss; Survival Might Require A Takeover