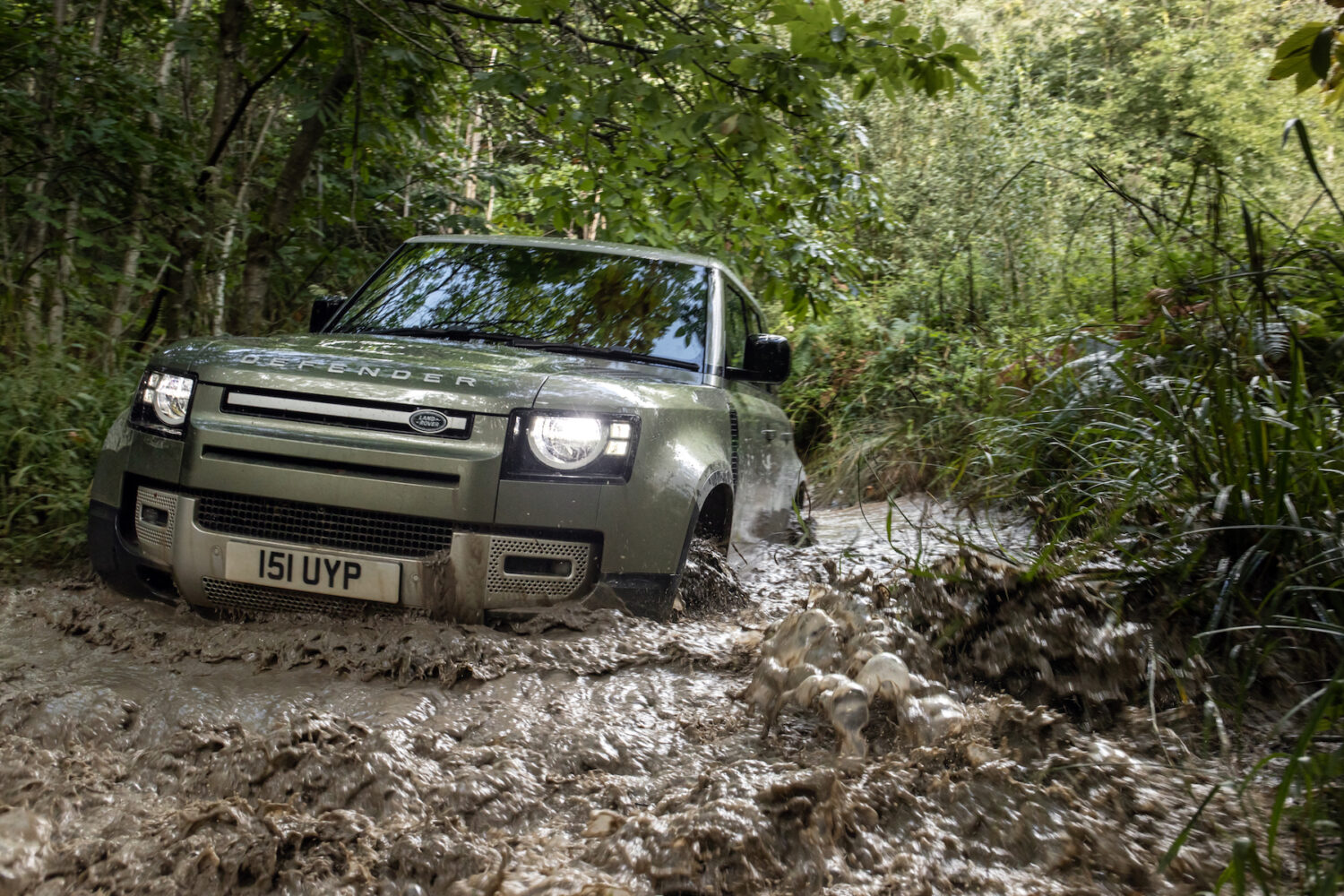 JLR Ambitious Electric Plan Sounds Impressive, But Will It Work?

Jaguar Land Rover (JLR) impressed investors with the breadth and quality of its long-term vision in its recent “Reimagining the Future” statement, but the plan contains many hostages to fortune centered on the future of troubled Jaguar; luckily the company plans to nail down its plans at an investors meeting Friday.

For Jaguar, this could be the last throw of the dice.

JLR, the mainly British-based luxury vehicle arm of India’s Tata Motors, announced that Jaguar would switch to being all-electric by 2025 and wouldn’t renew the XE and XF sedans. The first battery electric Land Rover will appear in 2024. 60% of Land Rovers will be all-electric by 2030 and 100% by 2035. The big Jaguar XJ limo, which was going to be electric, was put on the backburner and might reappear as a fuel-cell model. Land Rover would also dump diesel soon.

The plan was described as “ambitious” or “immensely optimistic”, but more in an attitude of “how can they possibly do that”, rather than “isn’t that splendid”.

The future of Jaguar has been cloudy for some time, as its ageing sedans foundered in the post SUV world. But its new range of SUVs – F-Pace and E-Pace possibly being followed by a monster J-Pace – cannibalized sales from Land Rover, the SUV specialist. New CEO Thierry Bollore said in the future Land Rover will be the SUV maker and Jaguar will be different from the SUVs, which prompted the question, just what market does that leave Jaguar?

Cynics might say this means Jaguar will be able to concentrate on crossovers, but that was a term concocted to pretend SUVs, hated by the green lobby, were not SUVs, when in fact that’s just what they are.

Jaguar, to avoid stealing sales from Land Rover, is being urged to move way up market towards Bentley, if not Rolls Royce territory, which would mean smaller sales but larger profits. Exactly what range of vehicles are contemplated is note clear. Some say Jaguar should give up the idea of competing with the likes of BMW, Audi and Mercedes’ sedans. Others, that this is the only route to salvation. JLR should be preparing Jaguar for a sell-off to maybe a Chinese suitor, with the success of the Volvo-Geely combination in mind. Or alternatively, the only route to success for JLR is to seek shelter from a close alliance with a bigger manufacturer, like BMW, which has contributed to its only electric product so far, the I-Pace SUV.

“They want to do everything all at once when the market has not been this bad for years and its own position is very fragile,” Well said.

Weak even before coronavirus struck
In its third quarter ended December 31, helped by sales of the new Defender and improved China sales, JLR reported a £439 million ($617 million) pre-tax profit, £121 million better than the same previous period and £374 million better than the previous 3 months. In the previous financial year JLR lost a pre-tax £422 million on sales of £23 billion ($32 billion). Fitch Ratings downgraded JLR twice last year as its balance sheet deteriorated significantly during the pandemic. Its finances were already weak before the coronavirus struck, in particular because of its heavy costs relative to sales, Fitch Ratings said.

“There’s a sense it’s a now or never moment for Jaguar. This is a pretty radical attempt to rebuild the business. If it doesn’t work there’s nowhere to go. My main concern is can they do all the things they want to do in the time frame. I have my doubts. The electric I-Pace has not been a roaring success, there’s nothing very exciting about it compared with the opposition and its very expensive and this points to one of their problems; how to retain distinction in this all-electric future,” Wells said.

Wells said the plan to use one engineering platform for electric Jaguar and another for Land Rover makes sense.

“Jaguar can make very distinctive vehicles but this will cost several billions of pounds and if they were making a lot of money and rolling along nicely this might work, but the world has changed, and it’s hard to see how they can pull this off,” Wells said.

Tata Motors advantages
Wells noted JLR’s long-term target of 1 million sales a year had been dumped. 500,000 would be a sensible target. He said Tata Motors’ expertise in data processing and communications technology might be a crucial advantage for JLR, in the new world of changing vehicle ownership and data generation.

Professor Ferdinand Dudenhoeffer, director of Germany’s Center for Automotive Research (CAR), said JLR’s biggest problem is Jaguar, which is too small and has volume more like Rolls Royce and not like its main competitors Mercedes, BMW, Porsche or Tesla. JLR’s Jaguar needs a new approach concentrating on sedans but seeking a different market position from the likes of Mercedes. JLR, which had sales of about 426,000 last year, has 15 “carlines” compared with Teslas’s roughly 500,000 sales and far fewer model choices.

Dudenhoeffer reckons JLR needs a strong partner, like BMW for example, or the ability to use electric technology developed by the likes of VW or GM. Ford has a deal with VW which allows it to build electric cars for its European market using Volkswagen’s basic electric technology.

“I think they should focus on SUVs, and Land Rover should be persuaded to leave some room for Jaguar so that it could pursue an electric luxury role, leaving the off-road specialty to Land Rover with the exception of Range Rover. Otherwise, I can’t see a position for Jaguar. There’s no point in fighting against the Germans in the sedan segment, which is not growing anymore. Retain the F-type sports car, that will work as an aspirational car that everybody wants but don’t buy,” Munoz said.

Where will JLR be in 5 years?

Niche player
“If Tata wants Land Rover to raise volume it should expand down market with smaller SUVs to sell to the masses, but I think sooner or later LR will become a niche player and that’s not a bad thing. It’s not about volume but profitability. If they can gain a solid position in a small market, that’s better than selling a million,” Munoz said.

“Overall, this is a very welcome move by JLR to electrify but remember that the firm is playing catch up. The direction of travel is now clear, but how it will meet this goal is still to be seen. Indeed, big questions remain. What models will it make? How many cars will it aim to produce? How many workers will it need? And can the firm shift to an electric future on its own or will it need a partner?”

“What is clear is that the firm is aiming to make fewer cars – “quality rather than volume” – with less people – ‘rightsizing’ its operation. That will mean job losses but how many is not clear. Meanwhile the firm has dropped its previous goal of producing a million cars a year,” Bailey said.

Another doubting voice comes from investment bank UBS, which wonders how all these fine sounding ambitions can be achieved from a company with a weak financial performance, rising competitive intensity and much smaller volumes than most rivals.

“While management has highlighted ambitious profitability goals, with limited volumes and no platform sharing, it’s unclear to us how JLR will achieve the same,” UBS said in a report.

“It’s a fantastically ambitious plan, but it’s going to be very difficult to realize it under the current circumstances. I look forward to being proved wrong,” Wells said.

Renault’s Uncertain Outlook Might Ease The Way For Mercedes Deal
Europe’s Electric Car Sales Will Beat 1 Million In 2021, But Growth Will Slow