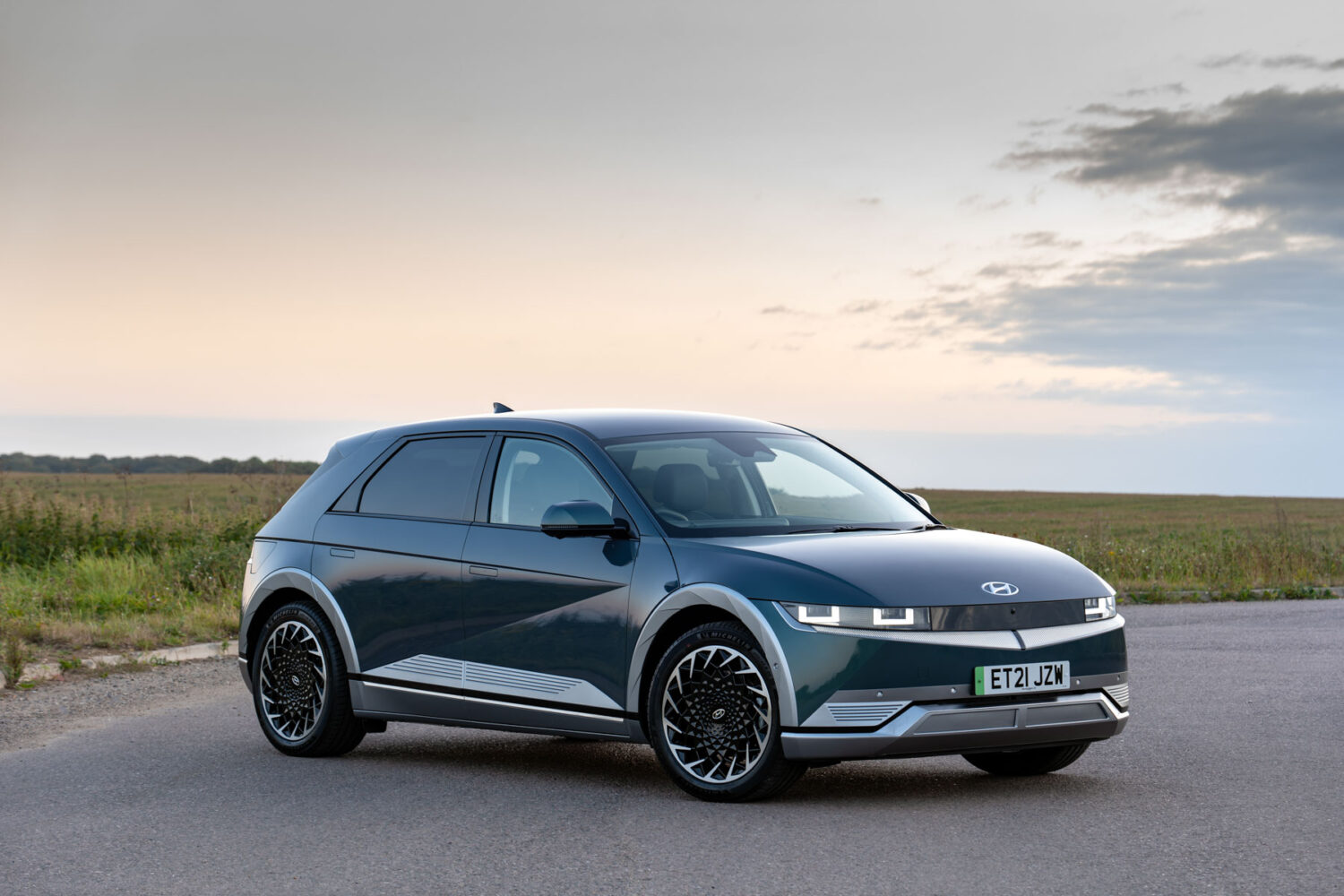 Hyundai of Korea is gearing up for an attack on leading electric car brands from Germany and Stellantis, not to mention Tesla, and the futuristic-looking Ioniq 5 SUV is key to that strategy.

Hyundai, and its Kia affiliate, plan to sell more than 1 million battery electric vehicles (BEVs) globally by 2025 and Hyundai is currently also introducing an Ioniq 6 sedan to be followed by Ioniq 7, a large SUV. All these vehicles will be manufactured using the same basic engineering components.

If you’re wondering whether you’ve seen the Ioniq 5, that probably means you haven’t because it is unforgettable and radical, and of course that means it will repulse as many buyers as it seduces. It looks as though it has escaped via a time warp from the future and has been showered with awards for excellence around the world. Although it is very impressive, the Ioniq 5 doesn’t represent a step-change forward in technology compared with the opposition. Battery capability is pretty much standard, and its highway high-speed cruising performance suffers the electric car handicap of losing range at an alarming rate. But Hyundai says its fast-charging performance is class-leading. And the Ioniq 5 is at least a match for all its rivals like the VW ID.4, Volvo XC40 Recharge, Tesla Model Y, Kia EV6, Mercedes EQA, and Ford Mustang Mach E.

Matt Schmidt, analyst with Schmidt Automotive Research said Hyundai/Kia and its premium wannabe subsidiary Genesis are building a formidable range of vehicles to challenge for electric car leadership in Europe.

Poaching talent
“Hyundai has been poaching the best talents from the German automotive world which may soon be coming back to haunt their former employers. There is an old video clip of former VW CEO (Martin) Winterkorn asking his own engineers why they couldn’t match Hyundai’s quality. 10 years later the combined (traditional and electric) West European sales of Hyundai-Kia (2021-8.1%) are just 1 percentage point behind the entire Renault Group (9.1%) and are approaching twice the volume of Ford (4.5%) and perhaps most revealing, finished 2021 just 3 percentage points behind the VW brand,” Schmidt said in an interview.

“In terms of Hyundai’s European BEV strategy, they very sensibly decided to exit the Golf-sized (sedan) segment and raise the ride-height of the Ioniq 5, calling it an (SUV). The SUV/Crossover segment accounted for 41% of the West European BEV car market last year and left the ID.3 (sedan) in a segment that other manufactures are quickly departing,” Schmidt said.

Hyundai is also planning to enter the Europe premium market with its Genesis brand.

The Golf-sized segment accounted for less than half (15%) of the West European BEV market last year while SUV Crossovers are on their way to 50%, once the Tesla Model Y European production begins, Schmidt said.

French automotive consultancy Inovev said Hyundai-Kia is already in a good position in Europe, ahead of Japanese manufacturers and closing in on Stellantis and Renault.

“For the European market, the heart of the Hyundai-Kia market are the small SUVs the Hyundai Kona and Kia Niro, which were marketed way earlier than their competitors like the Peugeot 2008 and Opel Mokka. As well as the threat to Renault and Stellantis the next threatened manufacturer is surely Toyota. Toyota plans to market new BEVs, but it is already very late compared with Hyundai-Kia,” Inovev said in an email.

Top rated charger
The Ioniq 5 and its segment equivalent the Kia EV6 are really flagship models, not likely to sell on the scale of the smaller, cheaper Konas and Niros.

Schmidt said Hyundai is ahead with their Porsche-esque 800 volt charging system.

“Finally as evidence of Hyundai’s confidence in their new Ioniq 5, if taking on the Germans in their own backyard wasn’t enough, they are bringing the model to the Japanese market, a strict no-no for a Korean company as recent sales data suggests, but if they think it is ready for Japan it will be likely ready for anywhere,” Schmidt said.

My road-test of The Ioniq 5 showed it has all the impressive qualities of the best electric cars, with pin-you-back-in-the-seat acceleration at whatever legal speed you press the accelerator and quiet, serene transportation for everyday driving. The Ioniq 5 is Hyundai’s first vehicle designed from the ground up to be electric, and that was reflected in the huge amount of space inside.

But the new technology hasn’t so far made much impact on battery capability. Claimed official range for this 73-kWh battery powered rear-wheel drive version is 281 miles and after 7 refills at my house it averaged 203 miles per charge. So, no change from the standard there. Highway high speed cruise was no surprise either with the range availability speeding away from you at a 33.3% rate from the total promised at the start.