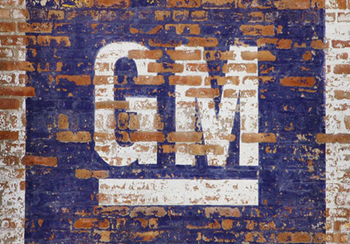 “GM has done the fundamentals, now it has to hang in there”

Previous downturns didn’t lead to a crisis, but now it is different and will now lead to a shakeout

Until about six weeks ago GM Europe’s Opel-Vauxhall was making steady progress towards sunlit uplands, with breakeven in 2011 and a nice little profit promised next year.

But Europe’s sudden economic skid towards crisis has undermined prospects for car sales next year, and suddenly the forecasts are awash with red ink. The alarm bells are ringing and General Motors is parachuting Detroit heavy hitters into Opel headquarters in Germany to take control.

Now, experts are saying Opel-Vauxhall (Opel-badged cars sell across mainland Europe; the same cars with Vauxhall logos sell in Britain, its biggest European market) must slash costs again, shut factories and maybe reopen talks with the unions to cut wages. The sudden crisis has prompted the question of GM’s intentions for Opel-Vauxhall, again, but the consensus is that it might be a chronic loss-maker, but GM isn’t about to bail out. And because of Europe’s economic malaise, the oft predicted car industry shakeout might finally be at hand, not surprising when everyone admits there is at least 30 per cent overcapacity.

This seems a bit unfair on Opel-Vauxhall, which has made steady progress recently compared with its main competitors. This was not before time, given that it lost $14.5 billion since 1999, and saw market share in Europe gradually dissolve. In the first nine months of 2011, GM Europe’s Opel, Vauxhall and Chevrolet subsidiaries increased market share to 8.7 per cent from 8.5 per cent in the same period of 2010, with sales 0.5 per cent higher at 857,200, according to Automotive Industry Data (AID). Its main competitors in the European mass car market are Peugeot-Citroen and Renault of France, and Italy’s Fiat. The French have seen sales dive more than seven per cent in this period, while Fiat’s sunk 11.6 per cent. Ford Europe’s sales slid 3.6 per cent, according to AID.

Terrific cars
And Opel-Vauxhall makes some terrific cars, led by European Car of the Year 2009 the Insignia medium sedan, sold in the U.S. as the Buick Regal. There is also the little Astra, smaller Corsa, and Meriva and Zafira minivan, all acclaimed by the media as attractive vehicles.

But according to investment banker Morgan Stanley, GM Europe will now lose $600 million this year, after losses of $1.6 billion in 2010, thanks to the European debt crisis, which threatens the future of the single currency, the euro, and is spooking car buyers across the region. Next year GM Europe’s red ink will climb back up to $1 billion, and losses will continue through 2016, Morgan Stanley said. This after GM spent $900 million on restructuring in 2011 in Spain, Britain, Belgium and Germany affecting 5,800 people and the closure of an assembly plant in Antwerp, Belgium. Another $300 million has been allocated through 2012 to cut 1,600 more jobs.

More of the same
What can GM Europe’s new board chairman Steve Girsky and recently appointed CEO Karl-Friedrich Stracke do to turn the ship around?

Not much, just more of the same, says IHS Automotive analyst Tim Urquhart.

“The new management team faces an uphill battle, with options limited in a declining European market, and further job losses and plant closures the only effective options to reduce costs and improve productivity,” Urquhart said.

“The prognosis for Opel/Vauxhall is not good and it is looking increasingly likely that the new management team, led by Steve Girsky, will look to take swift action on the company’s cost base and balance its production output with demand. The high cost of manufacturing in Germany would appear to make the company’s large production footprint in the country an obvious target, although any move in this direction would lead to prolonged and potentially damaging labor unrest,” Urquhart said.

The union at Opel has a deal which expires in 2014, but according to the Morgan Stanley report this could be reopened if there was a crisis at the company.

Garel Rhys, Emeritus professor of Motor Industry Economics at Cardiff University Business School, wondered whether a recent reorganisation to make clear Chevrolet was separate from Opel-Vauxhall  was a prelude to selling off the latter, but he doubted that.

GM will do everything
“I’m sure GM will do everything possible to make sure Opel-Vauxhall is back into profitability, not least because the consequences of not being in Europe is not attractive for an organisation that purports to be a global player,” Rhys said.

The Morgan Stanley report also suggested that GM Europe would be better off as a profitable company with a three per cent market share, rather than an eight per cent one that lost money. This is also a non-runner according to Rhys, because it would hand sales to its main competitors.

“GM has done the fundamentals, now it has to hang in there. It’s got rid of the cost base and absurd wage rates in Germany and now it has to wait like everybody else for the upturn. The competition, excepting VW, is also in a dreadful state particularly Fiat. GM has been forced to take action. In fact both Americans (Ford Europe too) have probably been the most active in trying to match longer term capacity to longer term demand,” Rhys said.

GM Europe accounts for about 17 per cent of its global operations, while Ford Europe makes up 27 per cent of its world-wide sales, putting it a greater risk of margin pressure if a moderate European recession cuts sales further, according to Fitch Ratings.

Shakeout
Will the European economic crisis prompt the long-promise shakeout?

“There might be a shakeout on a plant by plant basis. But I don’t think anyone else wants to buy into this. I still feel that if there was a threat of bankruptcy say at Peugeot-Citroen, the government would step in,” Rhys said.

The other big French manufacturer Renault is owned 15 per cent by the state, and nobody doubts it would intervene in a crisis. In the 2009 downturn, France gave Peugeot-Citroen and Renault the equivalent of $2.7 billion each in easy-term loans.

Karel Williams, professor of Accounting and Political Economy at the Manchester Business School, said companies like Opel-Vauxhall, Renault and Peugeot-Citroen had lost pricing power in a falling market because they were weak brands. Williams says the shakeout is nigh.

“Previous downturns didn’t lead to a crisis, but now it is different and will now lead to a shakeout, in the form of substantial closure of capacity and also some shuffling of ownership arrangements. It is different now because we are looking at permanently depressed demand for new cars across all of Western Europe because there are three or four intersecting problems. There’s the eurozone crisis, and a conviction among governments that austerity and expenditure cuts are the only solution. Austerity is promised for years,” Williams said.

Will eurozone survive?
Williams said he wasn’t sure whether the eurozone would remain intact, but if it blew apart, that would be bad news for German companies likely to be left outside a new grouping which might include France, Italy and Spain. Competitive devaluations would harm German competitiveness.

“Whatever happens, that’s a scenario of disorder and can’t be good news for the car industry,” Williams said.

Not everybody thinks the economic problems in Europe will go critical, and for GM, its condition is much stronger than in 2009 when it was contemplating offloading GM Europe to a Russian-Canadian consortium.

The Financial Times’ Lex column put it this way.

“Perhaps from the vantage point of 2009, a year when just keeping its core U.S. operations from collapsing was at the top of the agenda, flogging Opel to staunch the cash outflow made sense. Now that a longer perspective is possible, the scale and technology advantages it gives the group outweigh the pitfalls of economic uncertainty,” Lex said.