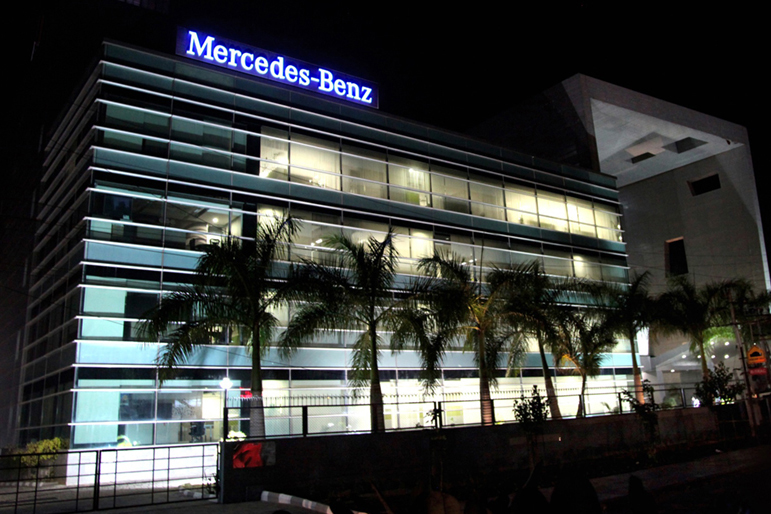 Feeble Upturn May Be In Sight For 2014

The European disease has finally caught up with Germany, and car sales in the continent’s biggest market are now on the slide. That might sound like a knockout blow for the European market, but many forecasters predict that despite an awful 2013, next year will finally bring at least a tentative end to the protracted slump in car sales.

That’s good news for the non-German domiciled car manufacturers mired in massive losses and which still need to shake out excess factories and jobs.

But meanwhile even the German manufacturers of luxury cars are caught up in the economic debacle, with Mercedes warning investors it might have overestimated profits expected this year. BMW may still be reporting increasing sales, but buyers are going for cheaper, less profitable models. Mighty Volkswagen, Europe’s leading manufacturer with a market share of almost 25 per cent, is finding its profits are coming under pressure as sales disappear in its all important home market.

According to LMC Automotive, car sales in Germany dived 17.1 per cent in March, outpacing the Western European fall of 10 per cent, and slid 12.9 per cent in that country in the first quarter. This really shouldn’t be a surprise given the economic outlook generally, and the constant news in the media of how more of the 17 eurozone countries are finding their budgets under pressure, might need another bailout, or will be forced to leave the single currency. This isn’t the kind of environment which makes people think it is a good time to go out and buy a new car.

Anaemic economic rally
Standard & Poors reckons the eurozone (including Germany, France, and Italy but not Britain) GDP will fall 0.5 per cent in 2013 and rally by an anaemic 0.8 per cent next year.

The consensus forecast for Western Europe car sales is for an up to  five per cent fall in 2013, after a more than eight per cent drop in 2012. This would bring sales close to 20 year lows. Some forecasts though envisage a 10 per cent crumbling of sales. Moody’s Investors Service expects a five per cent drop this year in Western Europe car sales, and mirrors S&P’s overall economic forecast, with this proviso.

“Risks to that (GDP) forecast remain skewed to the downside and include a deeper-than-expected euro area recession with a more severe credit contraction, triggered an intensification of the sovereign (government) debt crisis,” Moody’s said in a report.

In other words, all bets are off if the banking crisis deepens and a member state is forced out of the eurozone. If that happens car sales forecasts might well accelerate past the minus double-digit one.

Germany falling
Meanwhile, German car sales are on the rocks.

“German car demand has deteriorated sharply, with the sales run-rate down from 3.4 million last May to below 2.7 million by March 2013. VW Group German car sales fell 12 per cent in 2013’s first quarter,” Hendrikse said.

VW Group sales include mass market brands like SEAT and Skoda, as well as upmarket ones like Audi, Porsche, Lamborghini and Bentley.

Hendrikse said because sales in the German home market tend to be of more expensive models loaded with extras, weakness here has a bigger impact on profits.

According to Hendrikse, the German newspaper Handelsblatt reported that this market weakness was having a big impact on prices, with VW’s brand new Golf small family car needing a discount of up to 19 per cent to clinch sales, while competing products like Ford’s Focus were in an even weaker fix with discounts of up to 33 per cent.

This led Hendrikse to slash about $1 billion from his forecast of VW’s profits for 2013, although that would still leave a massive EBIT (earnings before interest and tax) of the equivalent of $14.7 billion. VW has already conceded that earnings would be lower in the first quarter, but maintained its belief that for the whole year profits would be about unchanged compared with 2012.

Massive losses
VW’s “problems” don’t add up to much if you look at the performance of its non-German domiciled European competitors though. Peugeot-Citroen of France’s automotive division reported an operating loss of $2 billion for 2012. Compatriot Renault posted a small loss of $33 million. Ford Europe lost $1.75 billion and expects to lose more in 2013. Fiat of Italy lost close to $1 billion in Europe and should do about the same this year. GM Europe’s Opel-Vauxhall lost $1.8 billion in 2012.

The chronic problems of these non-German car manufacturers has led to calls for a U.S. style bailout, when Washington mobilized massive amounts of tax-payer’s money to save GM and Chrysler. The European Union (E.U.) should do something similar here the argument goes, to allow redundant plants to be closed and take care of workers without jobs.

This isn’t going to happen.

“There is no European solution in sight. Unlike the U.S., the E.U. has no mandate to organize an overall rescue plan,” said Vic Heylen director of the Flanders Centre for Automotive Research (FCAR) based near Antwerp, Belgium.

Clunkers
Maybe another cash-for-clunkers scheme to give the industry a boost? In 2009, Germany financed a $6.5 billion scheme to persuade buyers to trade-in their old cars for new, cheap ones. France and Britain had similar, cheaper schemes.

No chance, said Christoph Stuermer, analyst with IHS Auto in Frankfurt, Germany. This turned out to be an inefficient way of boosting car sales which turned out to benefit Asian as much as local manufacturers.

“The E.U doesn’t want that to happen again. It led to money dripping out of the region and landing in Korea and Japan. That was highly inefficient. Governments want the benefit to end up in their own taxpayer’s pockets,” Stuermer said.

But Stuermer’s researches suggests that maybe government aid would not be necessary anyway because recovery is on the way.

“Yes, 2013 is turning out to be a bleak year, but we expect sentiment to shift during the course of the year and carry through substantially in 2014 for a growth of three per cent. That’s not much but would be the first growth for six years. This is the fifth year of continuing decline,” Stuermer said.

This rosy scenario is joined by Moody’s, which sees a five per cent recovery in 2014, and the Roland Berger consultancy, which predicts four per cent growth in 2014, rising to six per cent in 2015.

Day of reckoning delayed
Stuermer still believes a big restructuring programme will still be needed for the loss-making giants, even if the sunlit uplands appear next year. Stuermer said much needed restructuring was put off in the early 2000s by the non-Germans.

The Germans stole an expensive and painful march by investing heavily in new equipment and rationalising factories. Peugeot, Opel and Fiat still have much to do. Ford Europe is ahead of the game, although its current financial performance belies that.

Stuermer said this was because of product portfolio issues, now under control.

There is another policy area which is having a malign impact on Europe car sales, and that’s the price of fuel. In Britain, the sales tax on gasoline amounts to an eye-watering 60 per cent plus, while in Germany and France the rate is 47 per cent and 48 per cent. This compares with an average of around 12.5 per cent in the U.S., and brings the cost of filling your tank in Britain to an amazing (by American standards) close to $130 for a small car like a BMW 3 Series.  This tax has been racheting ever higher in recent years in Europe as governments seek to plug revenue gaps in their bloated budgets. This has forced many lower income earners out of their cars. Cutting this tax and promising to force it lower over the long term would give a big boost to car buying, but Europeans won’t be holding their breath.

“This is probably the major reason why European (car) markets are in such a bad shape. On the other hand, European governments are not in a position to give up any tax revenues,” said FCAR’s Heylen.