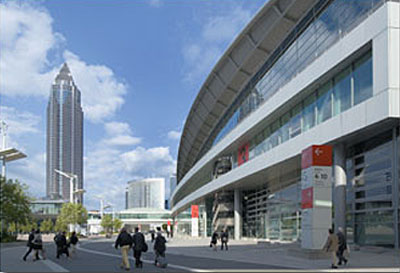 Hundreds of thousands of Germans are expected to throng by the exhibits at the biennial Frankfurt Car Show next month and most manufacturers will be showing their latest ideas on electric cars as well as their most exciting new conventional machines.

All the world’s big automobile manufacturers are spending huge amounts of capital on new ideas for power plants that either eliminate or economise on the use of fossil fuels. These include gasoline-electric hybrids like the Toyota Prius, now available with a plug-in facility, extended range electric vehicles like the Chevrolet Volt, on sale in Europe as the Opel-Vauxhall Ampera, and battery only cars like the Nissan Leaf. Governments in Washington, Berlin, Brussels and Beijing have decided that battery-only cars are the path to the future, and are using tax payers money to make it happen.

Governments see battery-only cars as a way of cutting greenhouse gases which many think cause global warming, and a route to lessening reliance on foreign oil. Car buyers see vehicles that cost about twice as much as they should, and which go about a quarter of the distance they want.

A recent survey in Germany by technology consultancy Gartner Group showed just how high the barrier manufacturers must climb if consumers are willingly going to buy battery cars.

According to the survey, only 16 per cent of Germans would consider buying a battery car, compared with 52 per cent who want gasoline power, 43 per cent hybrids, 37 per cent diesel and 25 per cent natural gas motors. Of course, Germans don’t necessarily speak for Europeans, but the country is Europe’s biggest market, accounting for roughly 25 per cent of car sales. There’s no reason to think their car preferences will be much different from other Europeans, or Americans for that matter.

Step up research
The Gartner report said the German government must reconsider its electric-only policies, step up research to improve battery technology, and broaden its approach to include other engine technologies, encourage public transport, and other mobility ideas like car sharing.

Most Germans see the price of battery-only vehicles as too high, cost savings as too low, and range anxiety as a given, the report said. But there is a glimmer of hope for battery proselytizers. Younger consumers are more likely to consider EVs than older ones, but as they have less disposable income that might not be much of an advantage. The survey’s findings on range demands are not good news for battery car sellers, with nearly one-fifth of German car drivers expecting a minimum 190 miles, and one third more than 300 miles from a single charge. Only about eight per cent were happy to accept a range of around 65 miles, which is probably about as much as current technology can reliably offer.

Raising eyebrows
Europe’s biggest car manufacturer Volkswagen and its upmarket subsidiary Audi are unveiling their ideas for electrification at the Frankfurt show, and neither looks like inspiring buyers. Both may raise eyebrows rather than open wallets. Audi is showing a narrow vehicle with two seats slightly staggered, (see picture) which has wheels which stick out from the body. Audi has already announced it will sell electric cars via the e-tron brand including the A1 e-tron and R8 e-tron. VW is showing a one-seat concept electric car, pictures of which will be released on September 8. BMW has already unveiled cars in its “i” electric brand including the i3 battery-only city car, and the i8 hybrid supercar which will also debut at the show.

Thilo Koslowski, Gartner analyst and author of the report, reckons only about three per cent of global car sales will be battery-only by 2020. This compares with expectations of around 10 per cent from Leaf manufacturer Nissan and its alliance partner Renault of France. The French company’s stand at Frankfurt will also be packed with dubious looking electric vehicles with wacky names like Zoe, Twizy and Fluence. While these early battery vehicles might be hard to sell, Koslowski has high hopes for the future.

“Sales will be small at first, but there is an opportunity to get them higher after 2020, when we might have a breakthrough in battery technology. And automobile companies will also have found out ways to make money from these cars which are very difficult to find a profit margin today. This depends on battery costs being cut,” said Koslowski in a telephone interview from his office in San Jose, California.

Uncompetitive
According to Boston Consulting Group (BCG), a typical 20 kilo-watt hour battery will still cost about $10,000 by 2020. Big improvements in the efficiency of internal combustion engines is likely to add only about $2,000 to the cost of a vehicle, so unless gasoline prices rocket, battery vehicles, hybrids and range-extenders are unlikely to be competitive, BCG has said.

Gartner’s Koslowski believes that big car manufacturers also suffer from the disadvantage that they are committed to exploring many different and expensive kinds of new technology engines, hoping not to be blindsided by a new development.

China scaling down
“That’s why quite a few small manufacturers have started out in the last couple of years. It’s easier to concentrate on batteries when you don’t (like Tesla) have to worry about any other power plants. There’s a lot of small companies out there with a gold rush kind of mentality with big motivation to bring out their products. I’m not sure it’s justified,” Koslowski said.

Governments are pushing too hard in one direction – batteries – and neglecting other avenues of research which might pay off in the long run, he said.

Britain’s Financial Times newspaper recently reported from Shanghai that the Chinese government will be forced to backtrack on its ambitious battery car programme. Quoting IHS Automotive in China, the FT said China’s targets of one million battery vehicles on the roads by 2015 and five million by 2020 could be revised down by including hybrids in the total.

“Nations like China which are just becoming motorized are full of people who want their BMWs or Buicks as a sign of success, that they have made it. I don’t think they will interested in these small electric vehicles. China is not especially conscious of environmental issues, although the government has been worrying. Consumers want to join in what other (western) countries have been doing for ages,” Koslowski said.

Let them ride bikes
Germany might have to change its tack too.

“Governments (like in Germany) are putting all their money on electric vehicles, when there might be other ways. Instead of just subsidizing battery cars, why not split it off and spend it on public transportation, car sharing, give them a free bicycle, why be so limited in terms of what might work,” Koslowski said.

Aren’t companies like Nissan-Renault, which have committed almost $6 billion to developing battery-only cars, making a mistake trying to match the size and performance of regular cars? Wouldn’t it make more sense to be less ambitious and produce the perfect golf cart, a cheap and cheerful little utility vehicle which could go back and forth to the shops and school, with a maximum range of say 10 miles?

“We might see more mobility concepts and small city cars but there are challenges in the consumer mindset. There’s not a strong desire to go back to things like scooters. We could see neighbourhood vehicles which you could share. Younger consumers especially in urban areas might be interested and this might attract a new group of customers not so interested in vehicle ownership. But it might be difficult for consumers to go back to a time when small cars meant you couldn’t afford anything better,” Koslowski  said.

Frankfurt showcase
(I’ve received an email today from a company called Whipcar.com, which offers to rent me a car by the hour owned by people in my neighbourhood, or allows me to make money on my own car by renting it out locally. Think again, neighbour, if you expect me to rent out my BMW 330d for $10 an hour).

But back in the real world, the Frankfurt Car Show, Europe’s biggest, will be showcasing a bevy of new cars. Unveilings will include VW’s new small car, the Up, Fiat’s big selling Panda city car, Chevrolet’s European version of the Malibu, Mercedes’ blinged up B class hatchback, and Jaguar’s C-X16 roadster concept. Kia of Korea will unveil a new four door sports-sedan. Audi will unveil its A8 hybrid.

The Frankfurt Car Show opens to the public September 15 through September 25.

Glimmer Of Hope From The East For Saab
If U.S. Car Sales Stall, Expect Cash-For-Clunkers 2