By Neil Winton on March 7, 2014 in Uncategorized 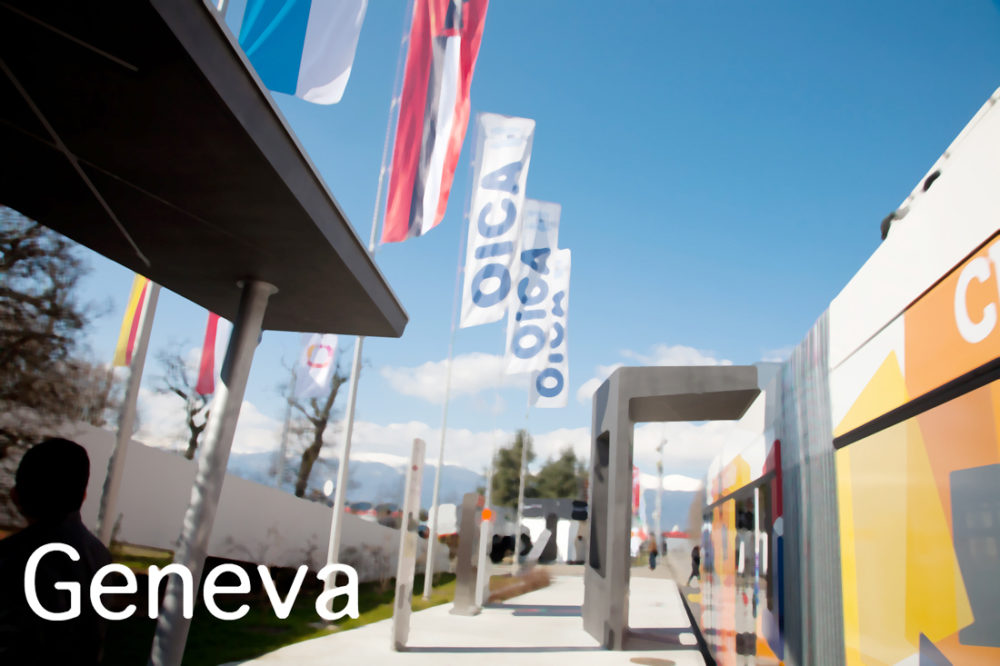 Jeep Renegade, Made By Fiat In Italy, A Standout. 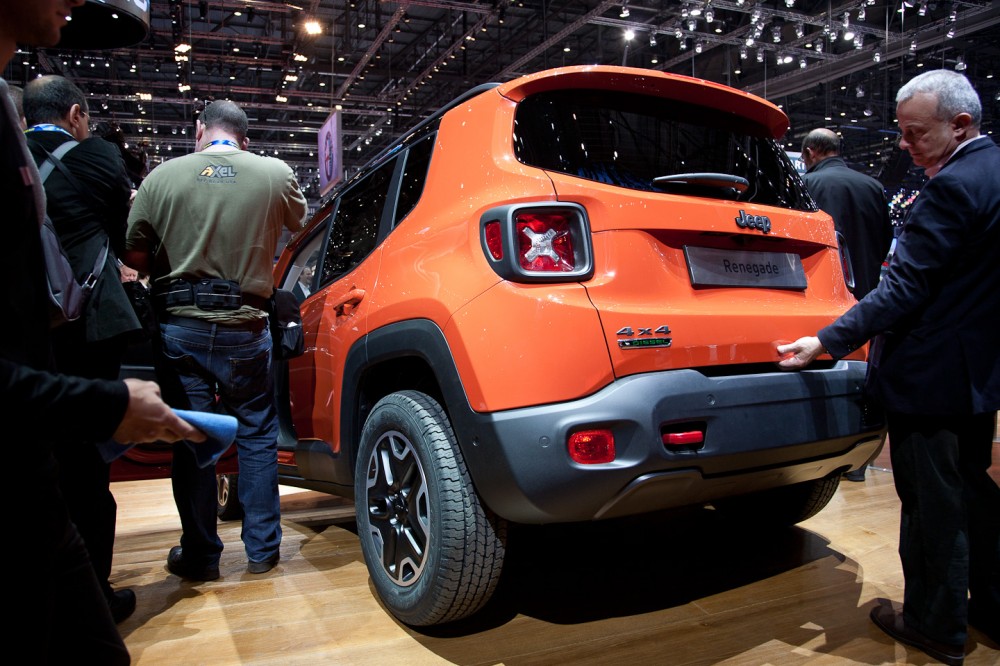 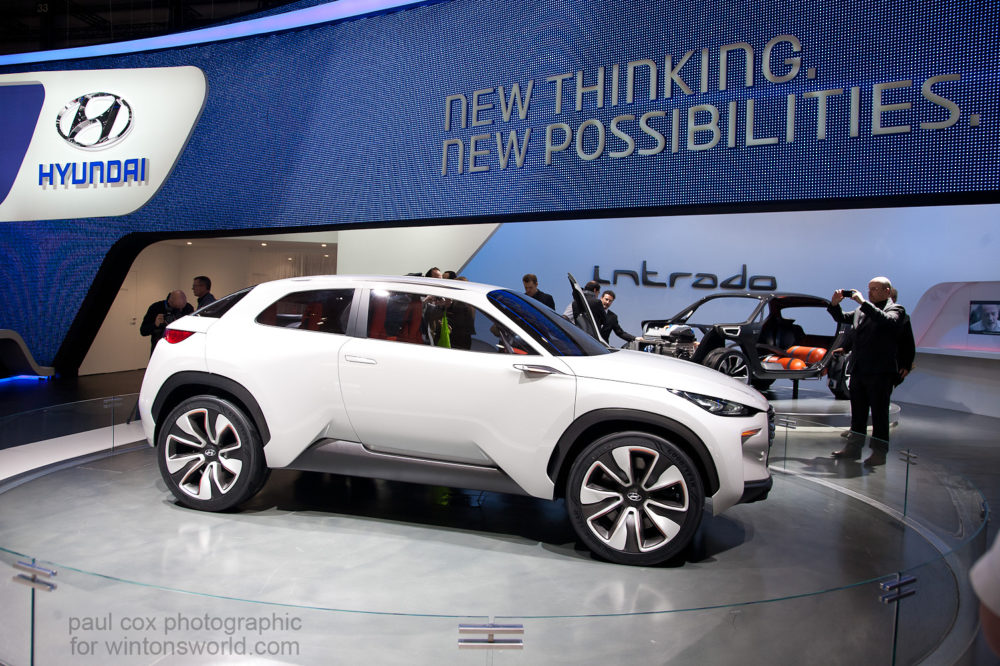 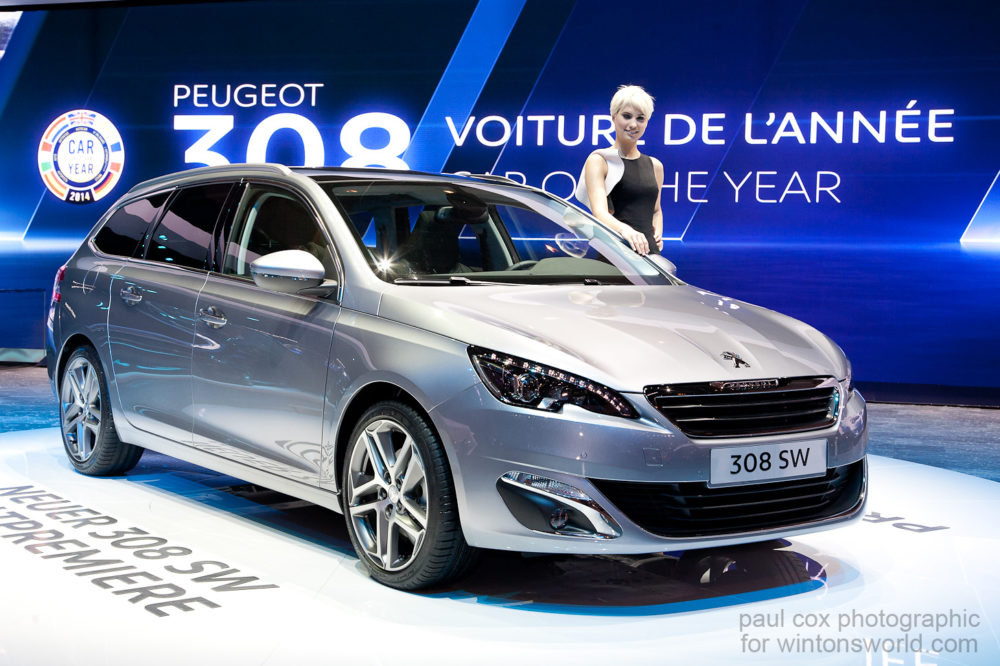 GENEVA, Switzerland – You will have to hunt long and hard to find anything at this year’s Geneva car show to make your pulse race, or which might offer a useful new way of getting from A to B.

Unless of course you have loads-a-money, in which case there are new Ferraris, Lamborghinis, McLarens and Bugattis, usually draped by fragrant young models. Technology too takes a rest, and although there are plenty of unaffordable, range-blighted token electric cars, a plug-in diesel hybrid from Volvo, and a fuel-cell concept car from Hyundai, the Intrado. The Intrado wins hands-down the contest for ugliest, most offensive looking car at the show, like a Nissan Juke on steroids It sits alongside the Hyundai Genesis, winner of the most futile new model, as it is a premium-level design charged with stealing sales from BMW, Mercedes, Audi and Jaguar Land Rover. Good luck with that.

Forgive my cynical tone, which I fear was prompted by news on the eve of the show that the Car of the Year wasn’t the BMW i3 extended range electric vehicle with its futuristic carbon fiber chassis, or the incredibly successful Tesla Model S electric super-car, or the Mercedes S class, which brings together just about every new cutting-edge technology for safety, economy, and comfort. It wasn’t the Mazda 3, which sets new levels of quality to its known long-term value and reliability. No, it was the Peugeot 308, the epitomy of bland, inoffensive, standard risk-free blah. It sets no new levels of attainment. Why did it win? Because French journalists on the voting panel all went for their country’s entries. You know, like the Eurovision contest stitch-up. In a way I suppose you can’t blame them. As taxpayers in France, they will be anxious to get value from the latest state-bailout, as Peugeot-Citroen looses massive amounts of money. 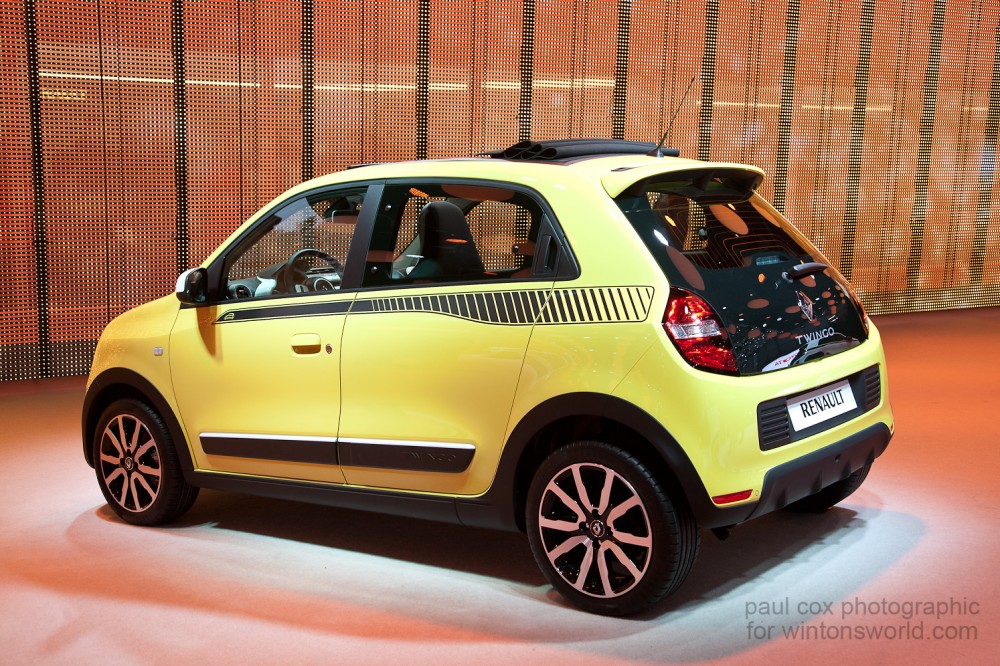 Renault introduced the new Twingo, developed jointly with Mercedes to replace its Smart city-car with a rear mounted engine, unusually for a small car. Apparently the engine location adds to the interior space and improves handling, according to Renault. I thought that’s what front-wheel drive did? It is also seriously similar to the Fiat 500. 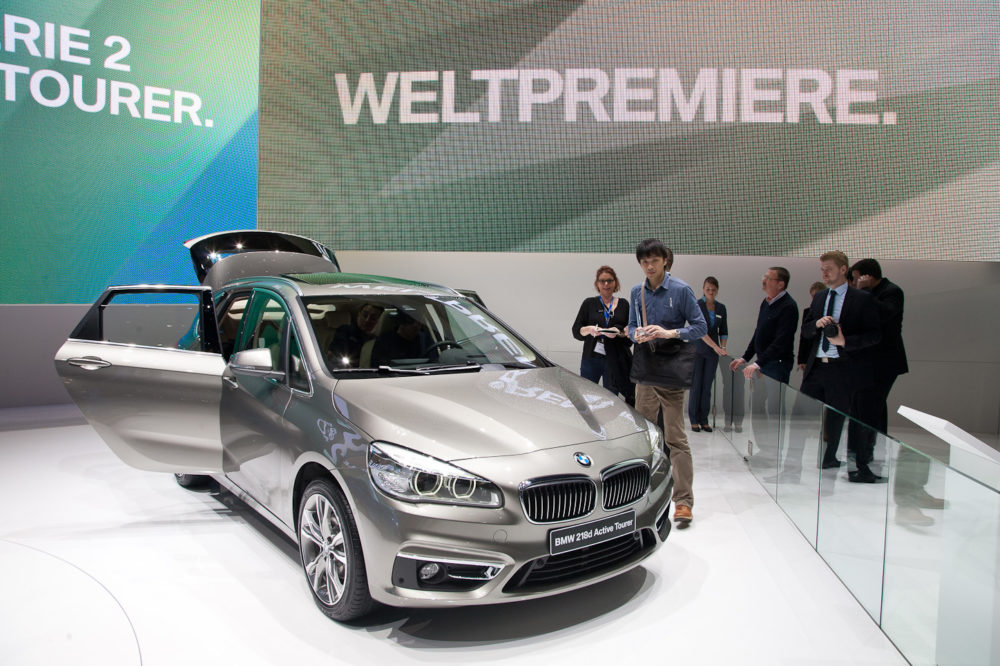 While Renault moves its engines to the back, BMW is making its first front-wheel drive car, the 2-series Active Tourer, an MPV. The front-wheel drive format is borrowed from the new Mini. Not one for the purists this, as the premium manufacturers move down relentlessly into sectors below them. You might have thought an MPV was off limits to BMW and its ilk. Think again. The bread and butter manufacturers must be horrified. 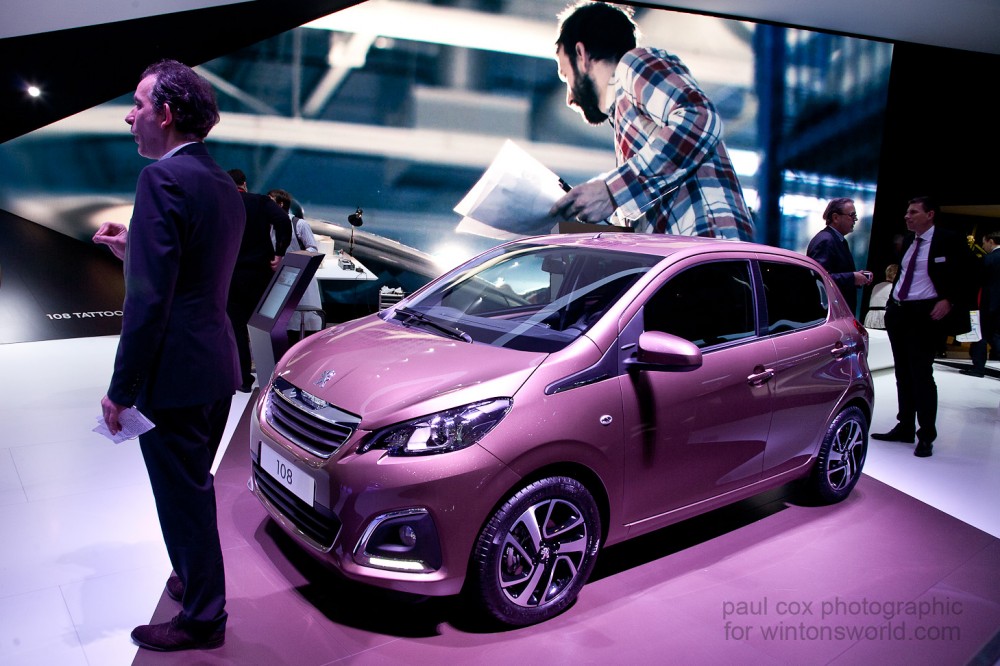 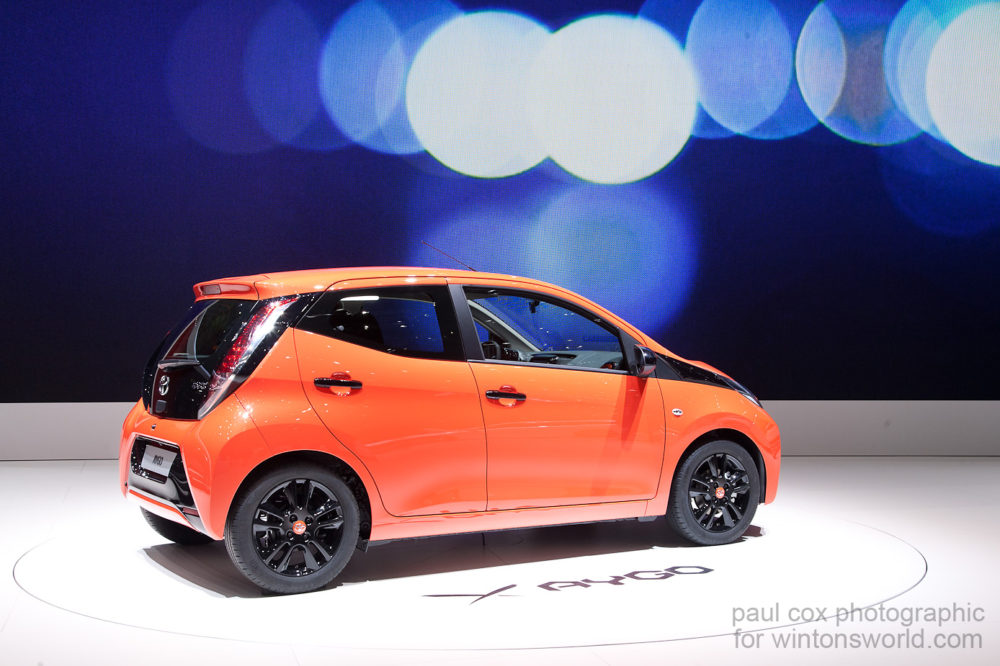 The joint venture between financially challenged Peugeot-Citroen of France and Japan’s Toyota unveiled new versions of its city cars in the form of the Peugeot 108, Citroen C1, and Toyota Aygo. These are all made at the same factory in Czechistan. 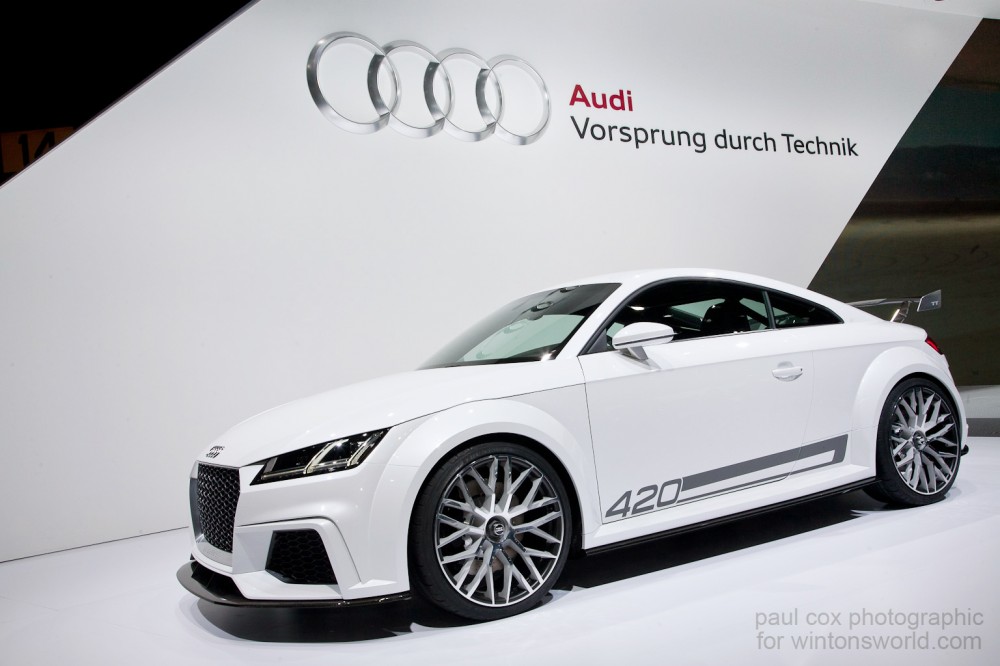 Audi finally redesigned its small TT sports car, as well as the new A3 plug-in hybrid. The new TT is eerily similar to the previous one, with varying grille designs designating the various versions. The new convertible will debut in Paris in the autumn. 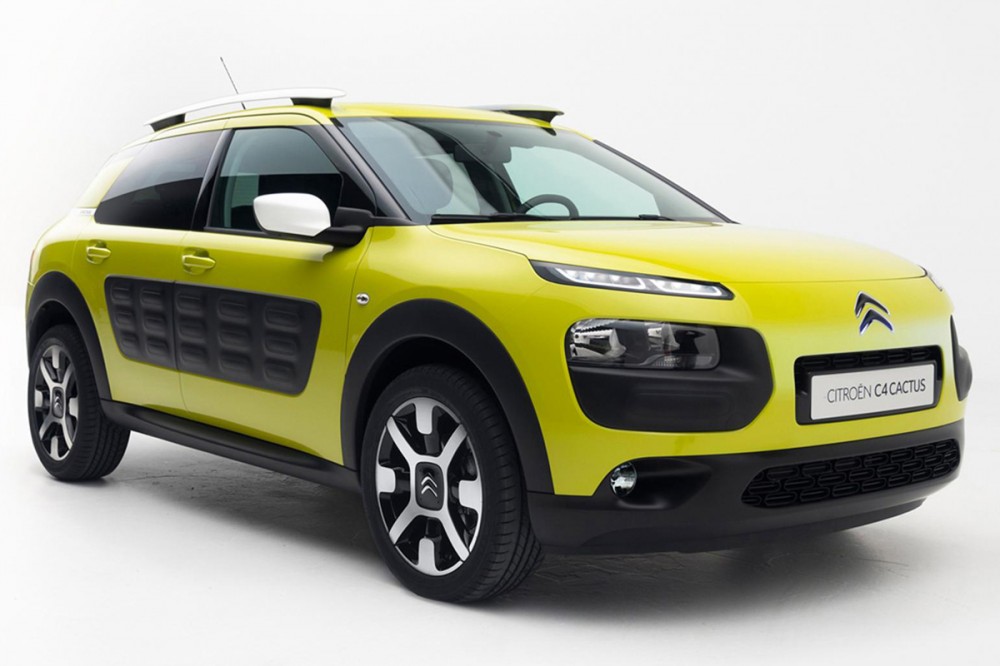 The other half of the money munching French duo, Citroen also unveiled the silly looking C4 Cactus, which should appeal to potential buyers with no embarrass genes. A bit higher than the regular C4, it has so-called air bumps on the body to protect it from pricey, slow speed collisions. The Cactus is also going to spearhead Citroen’s plans to offer pay per use leasing, a scheme which apparently is unaware of the taxi. 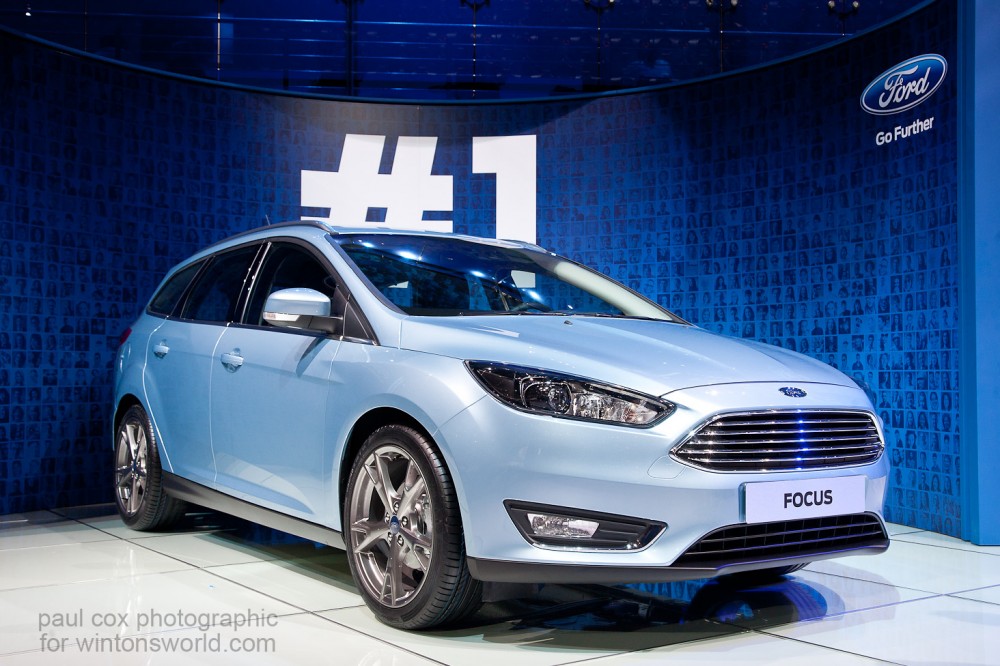 Admittedly only an update, Ford has put serious new stuff into its face-lifted Focus. The new Focus has the latest corporate grille, smarter headlights and fenders, and the smart-phone connected Sync2 system with an 8-inch screen. It has new engines too, with a 1.5 litre, 150 hp petrol engine and a new diesel of the same size and 120 hp. There’s also a 1.0 litre petrol engine which will achieve great fuel consumption on paper. Technology goodies include computerized parking, and automatic braking to cut down on slow-speed shunts. 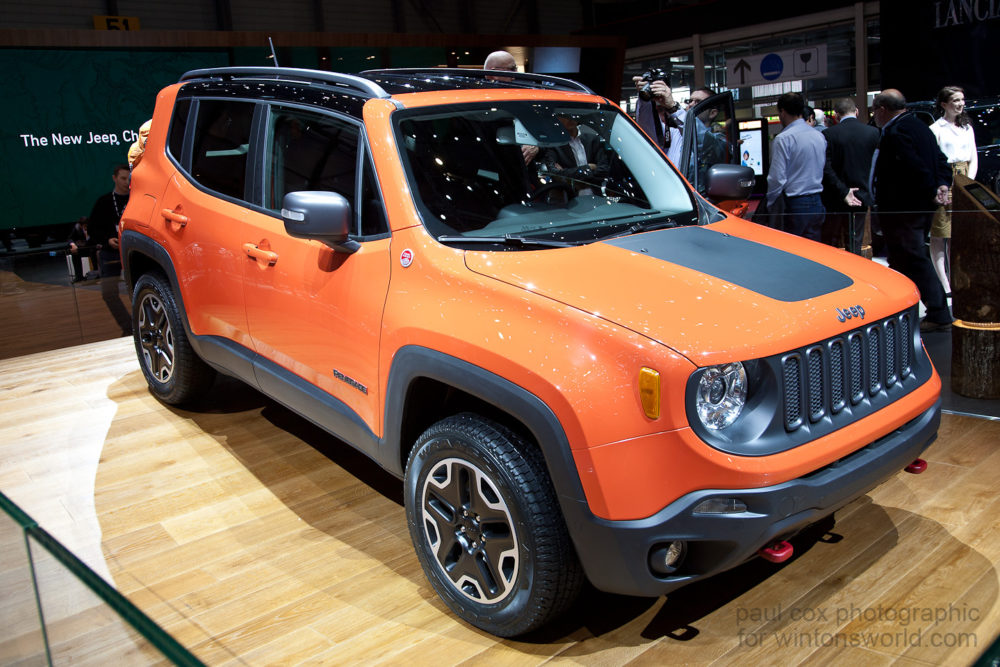 Now here is a new car, which I took too instantly. The Jeep Renegade has terrific, chunky looks. Smaller than the previous entry level Cherokee, the Renegade will be made in Italy and go on sale in Europe this summer and the U.S. late in the year. There will be a Fiat version as well. You can choose a nine-speed automatic gearbox like the Cherokee, or two sun-roofs. In Europe there will be two diesels and one petrol engine. The first fruits of the merger between Chrysler and Fiat points to a successful future. 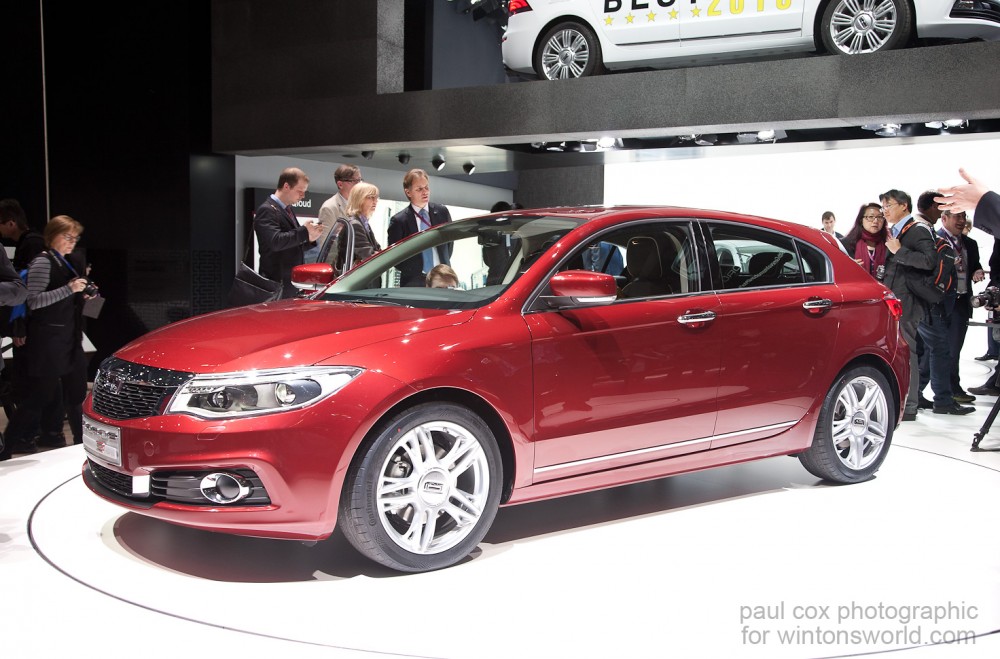 Qoros of China is already selling the 3 saloon in small markets like Czechland and is very gradually cranking up an assault on Europe. But it is being ultra cautious, and won’t start selling into major markets like Germany until 2016. My contacts say, rather than posing a big threat to European manufacturers, there’s no likelihood of much of threat being posed any time soon, not least because of quality problems. Also, going for the quality sector, rather than starting up as a cheap and cheerful entrant like Kia or Hyundai, or Renault’s Dacia, doesn’t bode well for them. 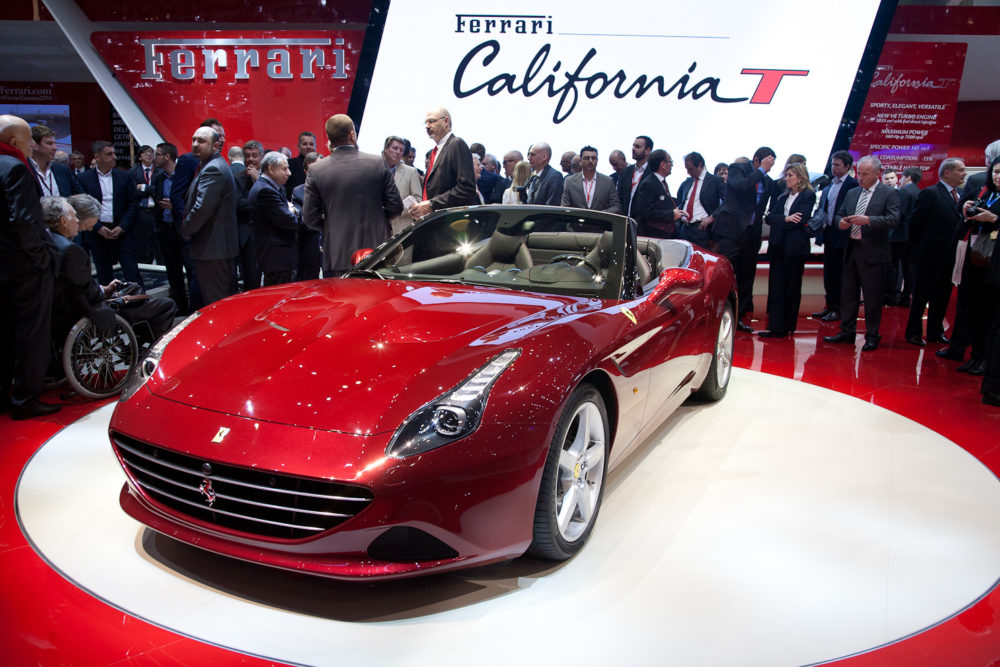 I wonder what happens to the Ferrari California range if residents of the Golden State vote to split into six separate groups? Probably nothing. The new facelifted “T” designation California has a turbocharged 553bhp 3.9-litre V8 engine. It’s got a folding hardtop. 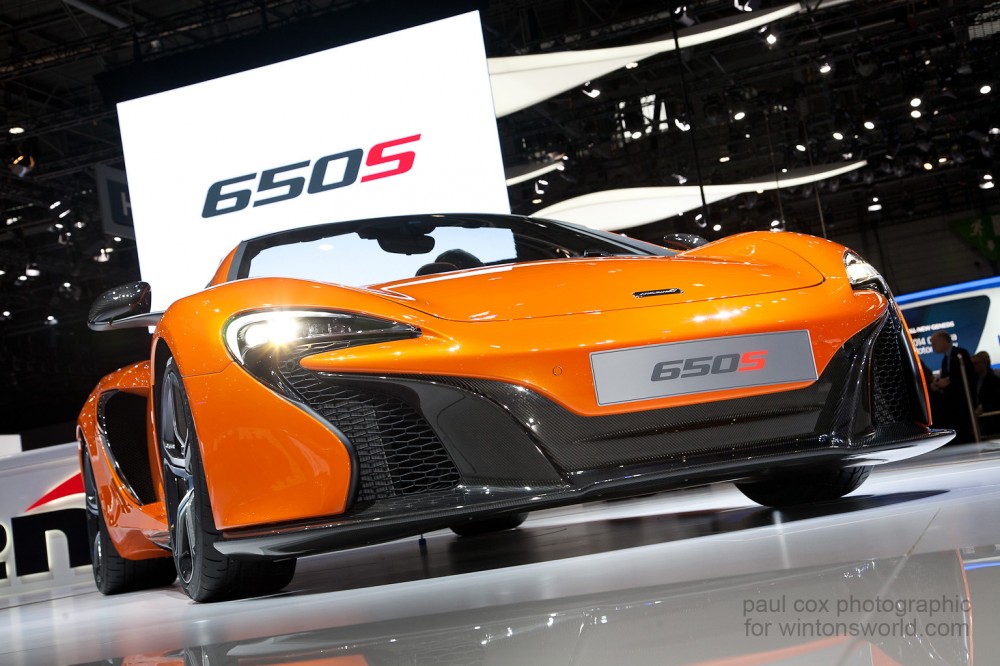 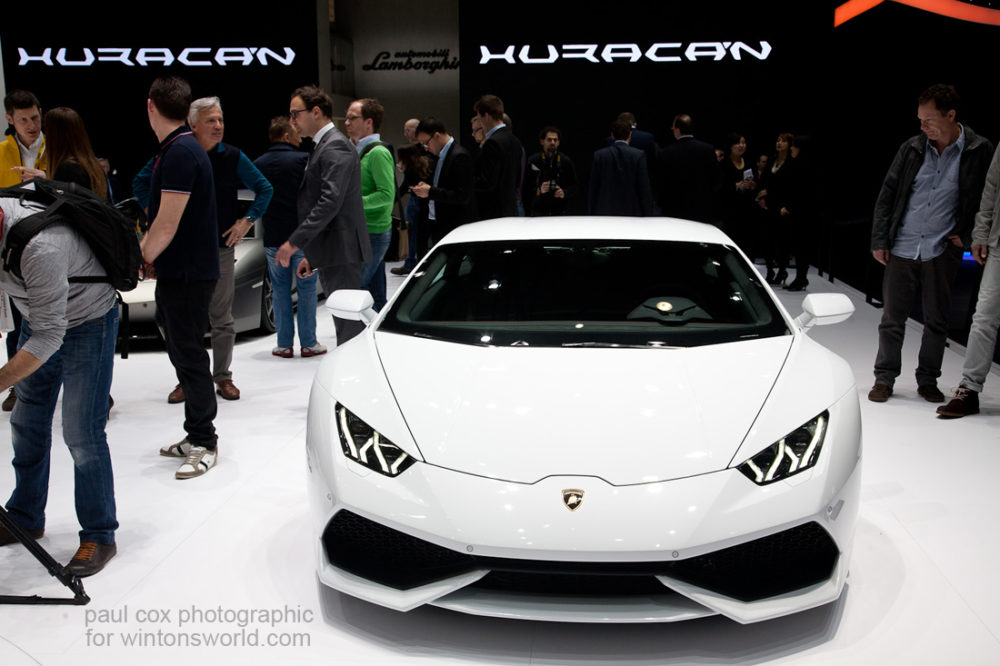 Replacing the Gallardo, The Lamborghini Huracan costs about £150,000, has a 601 hp 5.2 litre V-10 engine, and has an aluminium body with carbon fibre thrown in. 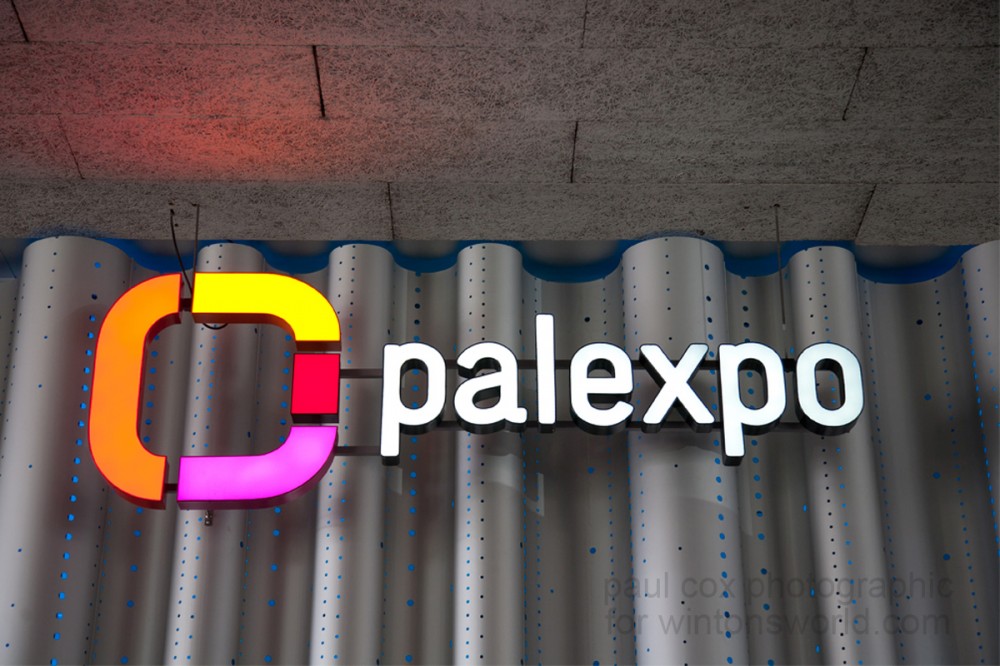 The Geneva car show is open to the public through March 16. 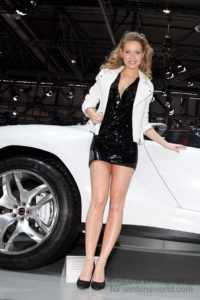 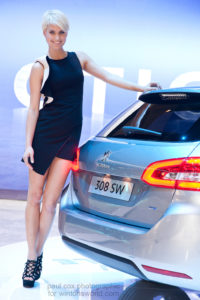 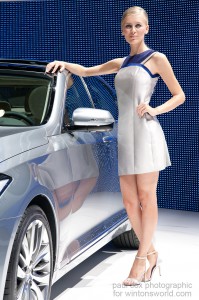