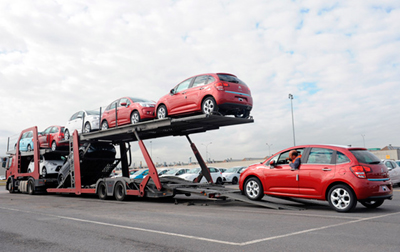 As Losses Mount, Need To Slash, Burn Will Increase
Germans, After Hard Choices, Will Prosper

American manufacturers found themselves lauded as winners for a change at this year’s Detroit Auto Show, especially when investors looked at Europe’s weak markets, grotesque overcapacity, burgeoning losses, and apparent inability to do anything about it.

U.S. sales are rebounding from the dark days of 2009, while General Motors and Chrysler, admittedly after some friendly persuasion from Washington and the bankruptcy courts, find themselves leaner, meaner and profitable. Ford, of course, pursued redemption by its own, independent efforts.

Fiat-Chrysler CEO Sergio Marchionne pointed out at the show the lamentable condition of most European mass car makers and warned that further consolidation of the European automobile industry was necessary to combat Volkswagen of Germany’s dominance, adding that his company was open to a merger with another European manufacturer. The mention of VW, European leader with market share of more than 20 per cent, is a reminder that in this case when we talk of Europe, we really mean Europe minus the Germans. VW and its premium subsidiary Audi, and upmarket manufacturers Mercedes and BMW are all making huge profits because they rationalised production at great expense, and rely on exporting to successful markets like American and China, while the other European mass car makers are concentrated on weak, and weakening home markets.

“There needs to be one more round of consolidation in Europe,” Marchionne told reporters at the show, adding that two or more European manufacturers needed to come together to form “another Volkswagen.”

Peugeot in the frame
Marchionne didn’t give any more details, but experts immediately pointed to a possible tie-up between Fiat and loss-making Peugeot-Citroen of France. Fiat of Italy also loses money in Europe, but balances the books thanks to big success in Brazil, and profits from Chrysler. Peugeot-Citroen’s compatriot Renault is also in trouble in Europe, but it has its alliance with Nissan to keep its head above water. Ford Europe and GM Europe complete the ranks of struggling mass car manufacturers, with GM’s subsidiary expected to lose another $1 billion in 2012. The consensus view in Europe is that there is overcapacity amounting to more than 30 per cent. The only plant closures recently have been small ones at Opel, Fiat and Saab.

If past experience is anything to go by, expect no dynamic action to put the European (minus the Germans) house in order, even though they are under renewed attack from Korea’s Kia and Hyundai, are only keeping production lines running by offering massive discounts which will savage profits, and could see sales drop by up to 10 per cent this year. Because the likes of Peugeot-Citroen, Renault and Fiat (and to a degree too, GM Europe’s Opel subsidiary in Germany and its Vauxhall unit in Britain) are seen as “national champions” don’t expect to see any shutdown of factories until the bailiffs are at the gates. National interest beats European solidarity. Political ego beats rational economics, especially with a presidential election looming in France in April. Peugeot has been putting off taking the axe to inefficient plants until after the election. If French socialist Francois Hollande wins the presidency, that’s more action that won’t happen.

Mess
“Fiat, Peugeot-Citroen, Renault, anybody producing in Europe outside Germany is in a mess,” said Karel Williams, Professor of Accounting and Political Economy at Manchester Business School.

“They (including GM Europe and Ford Europe) are all competing in forms of competition which leaves them with no pricing power whatsoever,” Williams said.

He said although there have been no overt moves to consolidate manufacturing, beneath the surface things are moving. There has been an assorted criss-crossing of alliances to build electric cars, produce diesel engines, to make the industry more efficient. Peugeot makes diesels for Range Rover Jaguar, BMW and Ford. Renault has a cross-shareholding agreement with Mercedes owner Daimler as well as the Nissan tie-up, and the Germans will use Renault’s small car expertise.

“These are no longer stand-alone companies. They are ceasing to be national and becoming more European or even global. Yes, we have got overcapacity, but it’s not the same kind of overcapacity when these companies were spitting at each other across national walls as they were 20 years ago,” Williams said.

John Wormald, analyst with automotive consultancy Autopolis, thinks overcapacity is only part of the problem.

“The real difficulty is, I think, with too many products, which are replaced too soon, or premature obsolescence. This bloats the industry’s costs and crashes price realization. Yes consolidation is needed. There really needs to a big consolidation of the major underlying chunks – platforms, engines, gearboxes, basic body-shells, and a lengthening of the replacement cycle. And why limit sharing to within companies, If VW shares across all its brands, why not across outside brands,” Wormald said.

“Might Peugeot-Citroen and Fiat, the two Europeans still with significant family control get together? That’s been mooted before,” he said.

The Peugeot family has 30 per cent of Peugeot-Citroen shares which control 45 per cent of the voting rights. Exor, the Agnelli family investment company, owns about 30 per cent of Fiat Auto.

Earlier this month Peugeot-Citroen said it was open to an alliance with another auto maker, but the company has also made clear that the terms it would place on such a deal  – maintaining independence – make it impossible to see an agreement with an equal, leaving open the possibility of a tie-up with lesser player like Volvo of Sweden, now owned by the Chinese. That wouldn’t solve any problems.

Hans-Werner Kaas, senior partner at management consultants McKinsey & Co’s Detroit Automotive & Assembly Practice agrees that Europe needs to adjust capacity to bring it line with real demand, but doubts this will happen because of the tough economic situation. Shutting factories at a time of high unemployment in select countries would be hard politically. This could change though if conditions worsen.

In five years, will there be a smaller number of major manufacturers in Europe?

“I’m not sure. What we will see is the spread between high performing and low performing manufacturers becoming significantly larger. There is immense pressure for financial restructuring of national budgets and this obviously limits the degrees of freedom for some countries to support low performing industrial players which will become harder,” Kaas said.

Collaboration, alliances
“We will see more collaboration and alliances between auto manufacturers to really capture scale benefits across materials, production and research and development investments. We see this somewhat today, but it will only increase,” Kaas said.

Manchester Business School’s Williams sees the possibility that the European Union may eventually step in with import controls to save indigenous car manufacturers from the ravages of the Koreans and possibly the Chinese and Indians when they crank up their expected onslaught.

“There might be a political backlash if large car companies are in danger of closing. The E.U. might decide that cars aren’t going to go the way of mobile phones and tablet computers – imported from low wage economies. Will the non-Germans have their bacon saved by E.U. protection? There’s no sign of that yet; E.U leaders have other things to think about now, European cars won’t be near the front pages for several months,” said Williams.

Mo more muddling through
The resolution of Europe’s financial crisis will inevitably lead to more lost GDP and much higher unemployment. That will remind political leaders in Europe about the job creating ability of the auto industry, Williams said.

A crisis can’t be avoided this time.

“We have muddled through for 20 years. We won’t be able to do that for another 20 years,” Williams said.