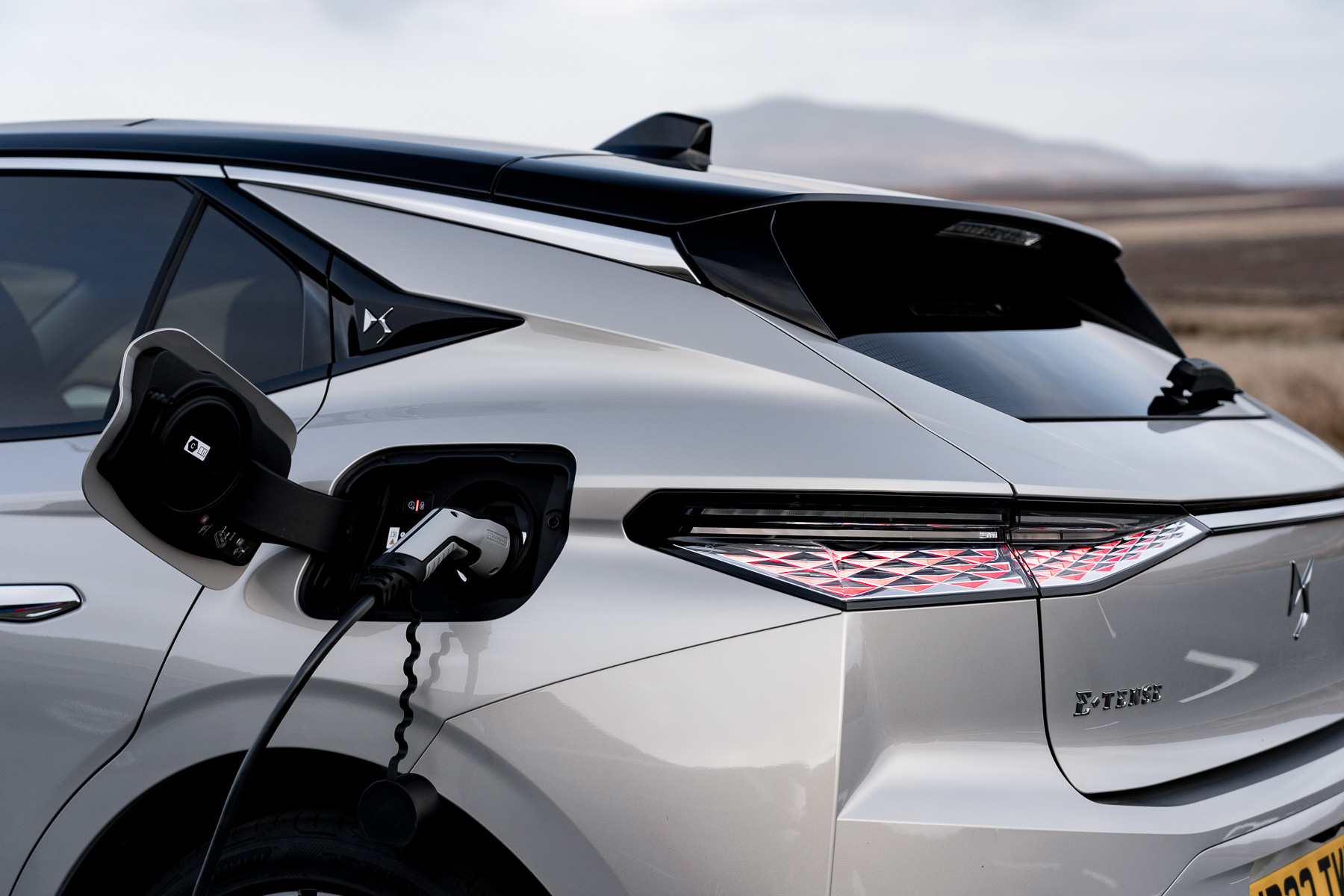 The plug-in hybrid seems the perfect answer to the electric car dilemma; battery power for all your local needs and a traditional motor for long distances.

European politicians though don’t like the idea and have designed harsh carbon dioxide (CO2) emissions rules to force manufacturers to phase them out. One environmental group calls them “fake electric vehicles”. Tesla CEO Elon Musk doesn’t like them either, scorning them as amphibians or transitions. Sales in Europe are on the wane, but Americans are buying more plug-in hybrid electric vehicles (PHEVS), and their popularity so far hasn’t caught the attention of any grandstanding politicians. Californian regulators, thought by some to be relentless diehards in the pursuit of electric cars, are reportedly showing unexpected support for the benefits of PHEVs in the race to be green, sensibly.

Buyers considering splashing out serious money for an electric car (and a cheap electric car doesn’t exist, yet) will be aware of much negative publicity. Yes, performance sounds exciting and the choice is now huge, but can the technology be trusted? Why not go for a sedan or SUV which allows a serious amount of urban electric-only driving and delivers some saving-the-planet bragging rights, and which banishes range anxiety?

PHEVs combine an internal combustion engine (ICE) with a smallish battery and electric motor to make worry-free that occasional long trip to the sun or family reunions at holiday time. The smaller battery will slash costs and cut the use of potentially harmful minerals like lithium, cobalt, nickel, graphite, and manganese.

I’ve just been driving the DS 4 Cross Rivoli E-Tense 225 PHEV. (DS is the upmarket subsidiary of Stellantis, which owns European brands like Peugeot, Citroen, Opel, Vauxhall, Fiat, Maserati, Alfa Romeo and Lancia, and U.S. ones Jeep, Dodge and Chrysler). Hybrids, as pioneered by the Toyota Prius, combine a gasoline engine and battery to maximize economy and performance. They allow very little battery-only range. The PHEV offers electric-only range of between 30 and 50 miles, with more promised, but includes an ICE for long-distance, worry-free motoring. The DS 4 PHEV’s 12.4 kWh battery is at least 4 times smaller than the typical battery for an all-electric vehicle. Driving it for a week and charging it overnight gave an average battery capacity of 29.3 miles compared with the claim of 38.5 miles. I used about $15 worth of gasoline over 225 miles.

Irresistible? Wrong
You might think that this combination would be irresistible but you’d be wrong. European Green lobbyists hate it, and they’ve persuaded European Union and national politicians to ban selling new hybrids by 2035. Britain has banned them by 2030, although there’s an argument building about whether this should include PHEVs as well.

“For years, the emissions of plug-in hybrids were based on unrealistic driving conditions. The new rules (from the EU tightening CO2 emissions in 2035) reflect the reality that PHEVs pollute far more than carmakers claim. Governments which still incentivize the purchases of these fake electric vehicles need to stop those harmful subsidies now,” said T&E emissions engineer Anna Krajinska in a recent publication.

Krajinkska makes a couple of points; the first is a narrow one. True, manufacturers are their own worst enemies with ridiculous claims for PHEV fuel consumption. For instance, DS claims between 193.4 to 153.1 miles per U.S. gallon, which relies on arbitrary assumptions of electric versus ICE use. The only numbers which make sense are the 30-mile battery-only range, and the ICE engine’s about 37.5 miles per U.S. gallon capability on a long run after the battery has emptied. That should last at least 300 miles. The 2nd point concerns European government subsidies provided for PHEVs which has provoked a scandal, but shouldn’t undermine the huge case for mass-market buyers. Some corporations have taken advantage of government buying subsidies to fill their fleets with PHEVs. The trouble is, these company car buyers who fill up the tank at someone else’s expense, have no incentive to use the technology. They fill the tank, then drive with no regard to the electric capability, thus enabling T&E to say these vehicles are even worse than their ICE equivalent because the added battery and electric motor weight mean CO2 emissions are overall greater.

Tax regulators
This could be rectified by tax regulators insisting on maximum use of the electric capacity or installing a geo-fencing capability which might switch off the ICE engine in urban environments. But because of this heavy-handed regulation, millions more private buyers will be denied access to this technology-bridging concept. In Europe, but probably not in America.

“The PHEV issue is another example of how bad politics can ruin an industry, or at least don’t align with the normal development of any industry. The fact that the (EU) Commission decided to ban the plug-in hybrids in the future proves that there’s little connection between the people making the rules in Europe and the people making cars,” Munoz said.

“PHEVs are an excellent alternative for green driving in the city and going further without range issues. Yes, there are drivers that don’t properly use the technology, but the regulation should consider these particular cases instead of punishing the whole community,” Munoz said.

“However, the rules are the rules, and based on this ban, we don’t expect big progress from these cars commercially speaking. In fact, in H1 2022, their registrations in Europe-29 fell by 12%, and were outsold by the pure electric cars. This trend should continue, although the technology is becoming quite important for the sales of the premium brands. For example, they made up 37% of Volvo volume in Europe in H1 2022, 27% of Land Rover, 34% of DS, 25% of Seat Cupra and 42% of Jeep, 20% of BMW, 19% of Mercedes,” Munoz said.

In Germany, the subsidies for PHEVs are being wound down, and sales will slide, according to consultants LMC Automotive.

“PHEVs will inevitably be squeezed. That they have a transitory nature has always been the view of LMC, and our Europe-wide PHEV forecast indicates PHEV demand is at, or close to, peak share and will slowly decline over time, eventually becoming redundant or being forced out of existence by (EU) regulation from 2030 onward,” the consultancy said in a report.

Schmidt Automotive Research said electric vehicles captured 57.7% of the BEV/PHEV electrified market in Western Europe in the first half of 2022.

BEVs beat PHEVs
“Pure electric models are expected to continue to drive away from PHEVs as the second half of the year progresses, with BEV production facilities increasing output on the back of a strong BEV order backlog,” Schmidt Automotive said.

The Ford Kuga was the biggest selling PHEV in Western Europe in the first half of 2022 with 22,884 sales, followed by the Peugeot 3008 with 18,529. Most of the other big sellers are premium vehicles like the BMW 3-series, Volvo XC40, and Mercedes GLC, according to Schmidt Automotive.

Investment bank UBS said winding down PHEVs will have a big impact on the premium Germans.

“If PHEV (subsidies) are to be phased out at the end of this year, German premium (manufacturers), BMW above all, are likely to be negatively impacted due to their high dependency on this powertrain. PHEV sales have already started to decline and we would expect a significant further drop in 2023,” UBS said in a report.

But in the U.S. the reverse seems to be happening.

The New York Times reported last week in an article headed “After Losing Favor to Electric Cars, Plug-In Hybrids Gain Ground”, https://www.nytimes.com/2022/08/05/business/plug-in-hybrid-electric-cars.html  that, according to Wards Intelligence, 176,000 PHEVs were sold in the U.S. last year, up from 69,000 in 2020 and this year could reach 180,000, a year where the overall market fell just over 1 million.

The California Air Resources Board https://ww2.arb.ca.gov/  is in the process of updating its zero-emission vehicle mandate and proposes to require automakers to ramp up sales of light-duty battery EVs, fuel cell EVs and so-called “strong” PHEVs, reaching 100% in 2035.  “Strong” PHEVs will have to meet much tougher requirements starting in 2026, including a long, 55-mile all-electric range.

The first CARB hearing was June 9, 2022, and the final hearing for an up or down vote will be held on August 25/26. CARB decisions are followed closely by U.S. federal and state authorities.

Mercury News
According to the Mercury News of San Jose, California, the CARB is warming to the role PHEVs can play in the transition to all-electric vehicles. The newspaper said the CARB is likely willing to accept a “limited number of highly-efficient PHEVs”, including roughly 50 miles of real-world all-electric range.

In an article headlined “California Air Resources Board Supports Plug-In Hybrids Beyond 2035”, Mercury News reporter Peter Douglas said the CARB was looking out for motorists without access to home charging and those in remote areas.

“Motorists with no access to home charging may become increasingly unwilling to buy BEVs if public charging availability proves to be inadequate. PHEVs would allow them to continue relying on readily available gasoline. Folks in rural areas who typically drive long distances will also gravitate to PHEVs, knowing that the hybrid’s frugal gas motor will always provide adequate range,” Douglas said.

Europeans may soon be wishing their regulators were so sensible, and mindful of their needs rather than grandstanding to the more extreme politicians and green lobbyists.

Dr. David Tuttle, Research Fellow, The University of Texas at Austin Energy Institute, agreed PHEVs would be important in rural areas where electric charging might be scarce. The huge use of ICE pickups in agriculture and their towing capability was not easily matched by electric power.

“The key objective is how to reduce actual emissions. Well-designed PHEVs used in the right way can help,” Tuttle said.

China’s Electric Car Makers Poised To Raise Their Game In Europe
Accelerating Electric Car Sales Forecast, But Devil Will Be In The Detail