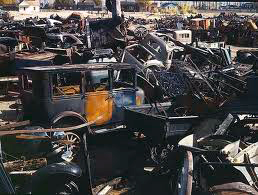 Europe’s automotive manufacturers lack the will to rid themselves of unprofitable operations which threaten their future, and experts predict a future of muddling through rather than decisive action to restore health and profits.

At a recent conference in Bilbao, Spain, Ford Europe Chairman and CEO John Fleming said overcapacity had reached 35 per cent and was getting worse.

In a sane world, this would mean that the least productive producers in Europe would be under pressure to close. After all, the existence of a chronically inefficient manufacturer simply makes it uneconomic for everybody. As the worst offender tries to dump its cars by slashing prices or offering massive incentives, the best ones need to cut prices too, otherwise their production lines will slow and their operations slip into the red.

But in Europe any logical pressure to close unviable operations almost always founders on political pressure. Governments cannot bear to preside over the closure of factories and fear the negative reaction from voters if the nightly TV news shows lines of frustrated workers chanting insults as they march away from highly paid and often high tech jobs to years on the dole. No matter that this means problems will fester and worsen. If decisions can be delayed, perhaps the next election can be won, and pension and retirement attained. This pass the parcel policy means that hopefully, someone else will take the decision, and receive the brickbats.

European leaders marvel at the way the U.S. industry finally came to grips with its chronic overcapacity last year as General Motors shed factories and brands, and re-emerged slimmer and a more effective global player. Chrysler’s new life as a subsidiary of Fiat of Italy looks less compelling.

Surplus to requirements
There is no shortage of brands in Europe that look surplus to requirements. GM Europe finally plucked up the courage to dump its Saab upmarket pretender last year as it also condemned Hummer, Saturn and Pontiac to death. But Saab of Sweden, a marginal-at-best producer, still managed to hang on under new, venture capitalist management. Every time it sells a new 9-5, that’s one less sale of a profitable Audi A6, Mercedes E-class or BMW 5-Series. SEAT, Volkswagen’s Spanish car-maker of pleasant but unremarkable mainly small cars hangs on grimly while bathing in red ink. GM Europe hopes its Opel Vauxhall subsidiary might make some money in a year or so. Fiat’s Lancia brand might be saved if its new products from Chrysler – the big 300C sedan and Voyager minivan – ignite public enthusiasm.

The worry is that if Europe’s car manufacturers cannot bring themselves to bite the bullet and take harsh but long-term necessary decisions, they will simply whither on the vine as new producers in China and India attack their markets in the medium and long-term. Most experts agree that reform is unlikely. Whether this will eventually provide a death-sentence for some big manufacturers at the hands of the Indians and Chinese isn’t so clear.

“Overcapacity is an old problem in Europe and it seems that we have to live with it,” said  Professor Ferdinand Dudenhoeffer of the Center for Automotive Research at the University of Duisberg-Essen in Germany.

Europe peak
“Production in Europe has reached its peak. Demand is step by step diminishing in Europe. Exports will become more difficult as Russia, China and others increase their production. Thus, even if we could solve the overcapacity problem today, it will appear tomorrow,” Dudenhoeffer said.

Dudenhoeffer said it might be possible to cut workforces, but only by natural attrition as they retire. He pointed to the ease with which governments in Spain and Britain were persuaded to bailout Opel-Vauxhall, although that plan foundered when Germany finally and surprisingly decided not to provide funds.

“(Fiat CEO) Marchionne is closing plants in Eastern Europe and moving production to Italian plants which have higher costs. That is the (Italian Prime Minister) Berlusconi law. The same applies to VW and Wolfsburg-employees and others. Politicians are prepared to pay money if we don’t close capacity,” Dudenhoeffer said.

France provided its champion producers Renault and Peugeot-Citroen with a total of six billion euros to help tide them over the recession, as long as they didn’t transfer any production from high cost France to low cost Eastern Europe.

“Overcapacity in Europe will remain for the next 20 years and this will mean fierce price competition and step by step larger incentives. The market is mature and the rebates are high. It’s the U.S. phenomena. Overcapacity will remain the name of the European game. Look at SEAT. Nobody really needs the brand. VW is just reluctant to take it away from the market. Or take Lancia, really nobody needs the brand,” he said.

Dr Peter Wells, co-director at Cardiff University’s Centre for Automotive Industry Research said Europe has learned to live with overcapacity but points out that there have been some closures like MG Rover in Britain, while lots of specialist vehicle making that used to be carried out by contractors has been brought back in house.

Shakeout
Wells believes that eventually there will be a shakeout of brands in Europe, like in the U.S.

“Some brands will be vulnerable. Look at any other industrial sector, the car sector has an unbelievable number of brands. In the short-term we will have even more brands with new producers from India and China and new products like electric vehicles with small volumes get going. Who’s to say what will happen in 10 years. We’ll see more fragmentation but how does it end? GM and some Ford brands lost distinctiveness and lost their reason for being. The erosion of brand differential is the key to understanding which ones will have to go. Death is a slow protracted process some times,” Well said.

Dr Vinzenz Schwegmann, managing director of consultants Alix Partners reckoned that current overcapacity in Europe was around 30 per cent which would not decline below 20 per cent before 2014.

“As a rule of thumb, if European automotive capacity was cut by about two million units or some 10 per cent, the overall situation for the industry would improve significantly. So much for theory. The fact is, though, that since many years we have seen a game of “wait and eye” – every player hopes the other will move first,” Schwegmann said.

Schwegmann said North America has been the only region to close capacity, slashing one million units.

“As a result, breakeven rates have gone down, and margins up again. On the other side, U.S. suppliers have not only cut capacities, but also R&D budgets. European competitors have tried their utmost to keep at least the big programs going, resulting in R&D share of 4.2 per cent of sales (compared with 2.6 per cent in the U.S). This may extend the lead that – on average – European suppliers have versus their U.S. competitors. So the glass is half full on both sides of the Atlantic,” he said.

Major consolidation
Alix Partners published a report last month saying that the European automotive industry needed a major consolidation if it was to achieve a healthy future. But the report fell short of predicting which companies might be involved in the shakeout.

John Auldridge, Automotive Industry Leader at Ernst & Young in Frankfurt, Germany doesn’t see much scope for GM’s example to be repeated in Europe.

“You’ve got to find a way to build and export more efficiently. You have to optimise the organisation. You can’t operate the same as in the last 20 years. You need to be more creative, find a more streamline way to do things. If you can’t reduce that fixed overhead (from too much capacity) everything else has to be more efficient,” Auldridge said.

Cardiff University’s Wells sees enormous upheavals ahead for Europe, prefaced by the need to raise huge amounts of money.

“Can it afford its own future? All the participants have massive financial pressures. They must close old capacity. Embrace new technologies, whether its battery power, hybrids, fuel cell and communications too, plus the cost of expanding in key markets. They need to put money into Asia and Latin America, all at a time when there’s not much money around,” Wells said.

“The automotive business has never been a great return on investment and it’s going to have to promote itself in financial markets for increasingly scarce resources. It will be an enormous challenge they won’t all be able to meet,” Wells said.