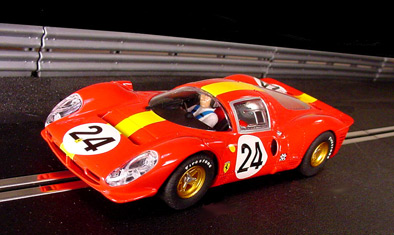 While manufacturers like Nissan of Japan jostle for the lead in the race to saturate markets with electric cars, automotive forecasters seeking to cut through the hyperbole tell a more sober story.

Nissan of Japan has been hogging the headlines lately with exciting plans for electric cars. It has unveiled a $685 million plan to build batteries for cars in Britain and Portugal. It has tantalised the British government with its thoughts about building electric cars at its Sunderland factory. Nissan has already said it will produce 100,000 electric cars a year in the U.S. by 2012. Nissan has unveiled its first mass-volume electric car, the LEAF, with a claimed range of 100 miles on a full charge.

Last year, Nissan CEO Carlos Ghosn embraced an MIT study which said by 2016 there will be 10 million electric cars in the world, 5 million in the U.S. Nissan, and its French affiliate Renault, have said by 2020, 10 per cent of the world car market will be electric. President Barack Obama is pushing for one million plug-in hybrid and electric vehicles in the U.S. by 2015.

But automotive consultants, cutting though the corporate and political bombast, find that the reality looks a bit different.

Automotive forecaster CSM Worldwide reckons that by 2015, far from Nissan’s projection of 10 million global electric vehicles in 2016, there will be 2.9 million electric vehicles and hybrids. That’s a market share of 3.6 per cent and compares with 1.6 per cent in 2009.

Automotive forecaster J.D.Power agrees with the 0.5 per cent figure.

“10 million pure electric vehicles annually from 2016 would equate to approximately 12.5 per cent of the global market, compared with our forecast of 0.5 per cent (including plug-in’s),” said Andrew Fulbrook, Senior Manager, European Powertrain Forecasts at CSM Worldwide.

“To reach a global market of 10 million pure electric cars from 2016, the global sales market will need to increase from … a 0.03 per cent global market share in 2010 to … 12.5% just 6 years later. The intention is commendable, but that’s a clip of over 2 per cent per year, every year, over the next 6 years, an average of 1.4 million electric and plug-in hybrid vehicles being brought onto the market every year, starting in the next 5 months,” Fulbrook said.

Battery cars would be like the pure electric BMW Mini. Plug-in hybrids would include the Chevrolet Volt, which is powered by a lithium-ion battery. It can be charged overnight by plugging it into your house, or on the move by a small gasoline engine which doesn’t drive the wheels, just boosts the battery. Hybrids, like the Toyota Prius or Honda Insight, use electric power to boost the performance of the gasoline engine. Their batteries can’t be boosted externally.

Al Bedwell, senior manager, J.D.Power automotive forecasting, said although market share will be limited, mainly because batteries are very expensive, the hype surrounding electric vehicles will make it seem more important. Renault has big plans to publicise its electric cars by providing them to transport athletes and the great and the good around the 2012 London Olympics.

“None of these battery vehicles offer a realistic range. The claim is often for 100 miles, but you’ll get less on a cold day if you need the heater on, or the air conditioning in the summer. For these reasons, we have a very conservative forecast, but it accelerates towards the end of the decade when batteries will improve and get cheaper – we forecast 700,000 by 2020 in Western Europe, including hybrid electric range extender and battery electric. By 2020, electric vehicles will beat plug-ins and hybrids,” Bedwell said.

These numbers are achievable in Europe using current small diesel and petrol engine technology. Even by 2020 when the E.U will demand an average closer to 100 g/km – that’s 55 miles per U.S. gallon – small capacity 3 and 4-cylinder boosted direct injection gasoline engines with stop/start systems and a plethora of other innovations will still be in the majority, Fulbrook said. The real springboard for pure electric vehicles and plug-ins comes later.

Stars in alignment
In Europe, it may not be until 2025-2028, when E.U legislation could force an average closer to 60 g/km, that manufacturers will be forced to rollout large numbers of lithium powered electric or plug-in hybrid vehicles. This is when Fulbrook says all the necessary stars will be in alignment – CO2 legislation, product availability, charging infrastructure, consumer incentives, battery technology/production capacity, and a consistently high oil price – to make a solid business case for electric cars.

This will also include widely available fast charging points, and drop-and-charge centers. The latter, being pioneered now by Project Better Place, will allow drivers to switch dead batteries for new fresh ones with as little fuss as refuelling cars at a gas station now. “Fast” recharging will speed up the overnight electric refuelling, as the car is parked in city centers and supermarkets, according to Fulbrook.

J.D.Power’s Bedwell also believes despite all the progress with batteries, hybrids and plug-in hybrids, the internal combustion engine will still be most important by 2020, with new technology making petrol engines more frugal than diesels.

“Despite all the battery electric cars and range extenders and hybrids, this will still only make up about 15 per cent of the market by 2020. In Western Europe 85 per cent will still be traditional internal combustion engines,” Bedwell said.

Fulbrook expects gasoline and diesel engines to maintain their hegemony until the decade after that.

Internal combustion not going away, soon
“If I was forced to put a decade on it, I doubt it will be until perhaps the late 2030s that we’ll see the first signs of the internal combustion engine in its current form going away, but then we didn’t get rid of the horse when steam came along, we just changed its use somewhat,” he said.

“What is very clear, is that there is no silver bullet. No manufacturer can risk going down one road; there will purposefully be a wide range of choices. There many ways to solve the problem of carbon reliance and energy independence, all of which cost money I’m afraid. We’ll see a selection of them all, it will be a wonderfully complex technological landscape, but very efficient at the same time,” Fulbrook said.