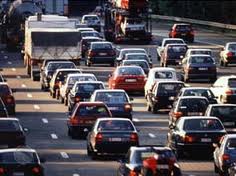 European Union automotive industry policy ideas threaten to undermine manufacturing and its obsession with battery-only cars would force what looks like a cul-de-sac technology on the buying public.

The problem of huge price and limited ability of battery-only cars doesn’t look like being solved in the short-term, while hybrids, plug-ins and range extended electric vehicles are more likely to provide the best provisional replacement for internal combustion engines before fuel-cells come into their own, maybe by mid-century.

Ford of Europe Chairman and CEO Stephen Odell joined in the argument late last month in Cologne, Germany, when he told an industry conference he was worried by what he called an increasingly industry-skeptical Brussels regime, which was producing marginal and unnecessary regulation, and anti-car European Commission strategy papers.

The European Commission is the executive arm of the E.U.

“I’m saddened to see an increasingly industry-skeptical political environment at the pan-European level, with rising costs of what is often marginal and unnecessary regulation, unbalanced trade agreements, and anti-car European strategy papers on the future of transportation,” Odell said.

“The European Commission has a big role to play in the future of the auto industry across Europe. Do they wish to enhance it? Or undermine it? Decisions taken at the European level are crucial. If those decisions are wrong, then I’m not certain if volume automotive manufacturing has a long-term future in Europe,” Odell said.

Odell was particularly concerned by the latest E.U. proposal on Future Transport, which called for a 50 per cent cut in internal combustion-engine cars in urban areas by 2030, and a complete ban by 2050. This did not effectively address the issues of congestion and environmental improvement, he said.

“I find the proposals to make a general shift from road to rail and shipping in the same timeframe to be unrealistic and one-sided. Such radical proposals require further discussion and reflection, and they need to respect the principles of technical neutrality and freedom of choice,” Odell said.

Sympathy
The E.U. proposals for 2030 and 2050 assume a huge take-up of battery only vehicles, which Garel Rhys, emeritus professor of motor industry economics at Cardiff University Business School said will simply not happen.

“I have great sympathy for the chap (Ford’s Odell). The E.U. and the Commission are totally obsessed by battery-electric cars which aren’t going to be attractive to the consumer, and will be forced on to the market by subsidies,” Rhys said.

As well as the well-established criticism of limited and unreliable range and prohibitively expensive batteries, Rhys also doubted some of the environmental claims, saying that it would take 80,000 miles to produce a net saving in carbon dioxide (CO2), and by 100,000 miles only a ton of CO2 would be saved, compared with the internal combustion engine. Given the range limitation of battery only vehicles, it is unlikely many would ever travel that far. Another part of the equation that hadn’t been considered is the enormous amount of energy needed for disposal at the end of a battery’s life, to dispose of content like lithium, copper, and refined silicon.

Fuel cells, probably the best long-term solution to emission-free travel, won’t start to appear in numbers until 2030, he said. Improvements in energy storage are likely by the late 2020s. The best interim solution would be hybrids, plug-ins or extended range electric vehicles.

Consumers
“So it’s right that the industry should be worried. If the Commission is sticking with threats like this, the only way to make it work is to force the industry to only supply half the market with internal combustion vehicles, or use permits to cut their use, but the consumers wouldn’t want that,” Rhys said.

Martin Callanan, car industry expert and European parliamentarian, says Ford Europe’s Odell shouldn’t worry too much about the proposal to force half of gasoline powered cars from towns by 2030 and ban them all by 2050 because it is going nowhere.

“That’s a nonsense really and a number of member states have said that. It is Commission kite flying and they have no power to impose this on a E.U level anyway,” Callanan said.

But you can’t blame Odell, if he reads this part of a European Commission proposal on its website –

“For urban transport, a big shift to cleaner cars and cleaner fuels. 50% shift away from conventionally fuelled cars by 2030, phasing them out in cities by 2050. Halve the use of ‘conventionally fuelled’ cars in urban transport by 2030; phase them out in cities by 2050; achieve essentially CO2-free movement of goods in major urban centers by 2030.”

If that had contained some concession for hybrids it would have been less scary for the industry. But it assumes a huge take-up of battery only vehicles.

“PHEV with range extended is the only alternative technology able to compete today at a global scale with ICE (internal combustion engine) on autonomy and infrastructure investment required,” Meilhan said in a recent report.

Meilhan predicts that by 2020 plug-ins (which include extended range electric vehicles like the Chevrolet Volt) will start to build up notable niche global sales, with battery-only barely figuring. Battery-only accelerates from 2025, and fuel cells start to feature from 2030, until by 2050 internal combustion engines finally fall silent, according to the report.

Cardiff Business School’s Rhys said the comments by Ford Europe’s Odell were the industry saying “so far and no further”.

“We can’t go ahead meekly with these regulations because it could be a disaster for the market place, which means a disaster for the manufacturer. This hasn’t been thought through. This obsession with electric vehicles without thinking about their viability in commercial terms, these are crucial factors to be dealt with,” Rhys said.

While the market awaits the fuel cell revolution, hybrids are a better way.

“Perhaps it will be better to stay in the world of hybrid, or wait until the fuel cell is ready. Current policy is failing to consider the commercial or technical consequences. We need analysis and science and not political commitment,” Rhys said.