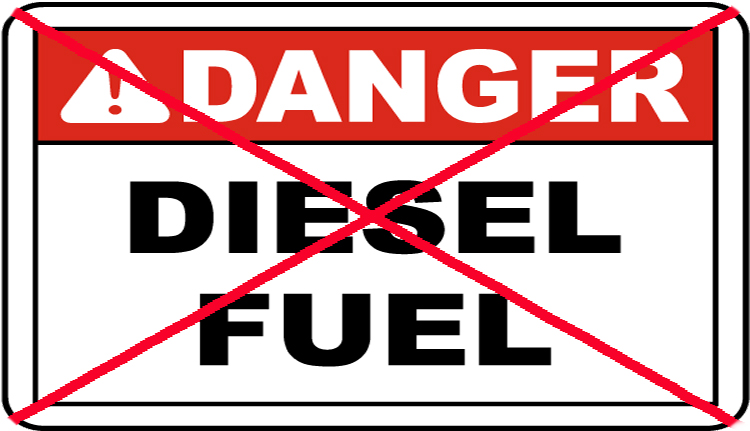 Expect More German, The Other European Cities To Pursue Bans.
Mild Hybrids Will Fill The Gap.

German manufacturers face a huge financial hurdle as a court allowed the banning of diesel cars in city centres.

Most of Germany’s 12 million diesel car owners face the prospect of being banned from city centers and residual values trashed. The ruling excludes diesels conforming to the latest September 2015 Euro 6 rules.

The theory was that as diesels gradually took less market share, electric and plug-in hybrid electric vehicles would quickly fill the void. This hasn’t happened because new technology doesn’t yet present a viable economic and utilitarian case to buyers. There is a stop-gap technology waiting in the wings though – so-called 48 volt mild hybrids- which are much cheaper than diesels and can provide almost the same fuel economy.

The court’s decision was good news for environmentalists, who had pursued the court action against Stuttgart and Duesselldorf.

Diesel’s decline, which dates back a couple of years to the start of VW’s dieselgate data manipulation scandal, will accelerate, not least because many other German cities are believed to be poised for similar action, while many others across Europe are expected to follow suit.

Negative implications
Analysts lined up to predict woe for manufacturers.

“The negative implications for the auto industry are stark and wide-ranging,” said Berenberg Bank of Germany analyst Alexander Haissl.

“Aside from further accelerations in the diesel market share decline there will likely be a further deterioration of diesel residual values and diesel car pricing, alongside inventory build-up at dealerships, and increased leasing costs,” Haissl said.

Haissl said carmakers might also be the target of law suits from angry car owners. And not just German ones.

“Among carmakers, German manufacturers are affected most heavily by declining diesel share and residual values. For them, diesel vehicles account for 50% of their total new car sales in Germany, and 60% of their SUV sales. For the entire European industry, the value of leased diesel cars stands at about €200 billion, we estimate. Most of that risk is held by financial subsidiaries of company’s like BMW, which has the largest percentage exposure to leasing,” he said.

“This is a groundbreaking ruling, and one which we expect has set a strong precedent for similar action across Europe,” Evercore ISI analyst Arndt Ellinghorst said in a note to investors.

“We don’t want to make light of this news. But it will probably be some time before we see actual bans. They will probably apply to limited to the most polluted roads at only certain times like high pressure weather and will likely ban the oldest diesels first. Cities will want to minimize the bans so as not to harm the ability of their citizens to move around. The government wants to avoid too hard a hit for the manufacturers or broader economy. Exemptions are already being discussed for vans,” Warburton said.

Expect it to spread
Warburton said currently this is a German issue but probably sets a precedent and empowers environmental lobby groups to take other European cities to court. There may be subsequent impacts for PSA Group and Renault of France and Fiat Chrysler, and others.

“If Europe sticks to CO2 rules, the only solution is 48v/electrification. Falling diesel share will make CO2 targets even harder to hit,” Warburton said.

“Germany’s national law was preventing regional authorities from protecting people’s health. But this exceptional ruling has made it absolutely clear that German cities have first and foremost to comply with E.U. law – and therefore have the power and the obligation to put diesel restrictions in place. This is another huge win for people and a clear example of courts stepping in where government action is found wanting,” ClientEarth CEO James Thornton said.

“It also puts the automobile industry at an unprecedented crossroads. Legal action on dirty air is taking place all over Europe and this stunning ruling is likely to make waves in all countries struggling with illegal levels of NO2. It also marks a dark day for diesel, which is already facing heavy market struggles. Industry could not have received a clearer message: now is the time to innovate towards a cleaner era for transport,” Thornton said.

The Federal Administrative Court in Leipzig ruled on an appeal by the states of Baden-Württemberg and North Rhine-Westphalia after lower-level judges ruled they could impose bans on some diesels in their respective capitals Stuttgart and Düsseldorf.

The environmental group Deutsche Umwelthilfe (DUH) sued Stuttgart and Duesseldorf because it wants to allow municipalities to ban diesel cars from city centers and make sure clean air regulations are enforced.

Mild hybrids to the rescue

So its mild hybrids to the rescue. The industry is investing heavily in these 48 volt hybrids which cost about €300 to €400 euros extra. These systems produce the same low CO2 emissions as diesels.

Renault, Volkswagen and Suzuki are already offering 48 volt mild-hybrid engines instead of small diesels because costly after-treatment systems are likely to become mandatory to make diesels comply with tougher emissions regulations. Mild hybrids use the higher voltage to provide additional electrical power to drive an increasing number of electrical components in cars. The higher power can be combined with a belt-starter generator to assist acceleration and can increase fuel efficiency by between 10 and 15 per cent.

In Germany, Europe’s biggest market, last month diesel sales dived to 33.3 per cent of the market, from 45.1 per cent in January 2017. Diesel sales are sliding across Europe. In 2011, 55.7 per cent of all new cars sold in Europe were diesel. This has been on the slide and by 2025 its share of the market could reach to between 15 and 25 per cent.