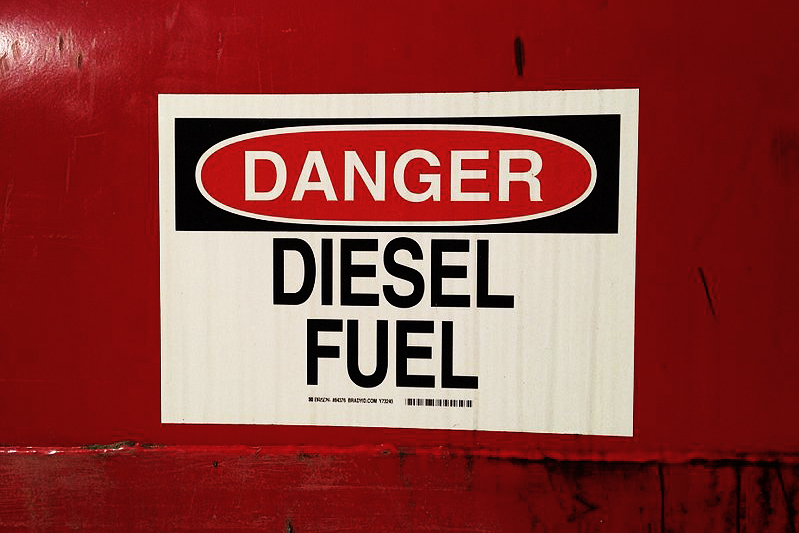 Could Europeans Start To Turn Their Backs On Diesel

Could Europeans Start To Turn Their Backs On Diesel?

“The intention of these regulations was that the limit should be met on the road, not just in the laboratory”

Diesel power for cars in the U.S. regularly moves from being the “next big thing” to the next big non-event, but everybody knows that Europeans love diesels and always will.

That scenario for Europe could be in jeopardy, if some politicians get their way.

While Americans with memories going back to the oil crisis in the 1970s think smelly, noisy, smoky, gutless, clunkers, modern diesels have captured more than 50 per cent of the European market because of their smoothness and amazing fuel economy. Not only that, European governments have positively induced diesel power by lower taxation of fuel at the pump.

But diesel hegemony is under attack in Europe, led by France’s socialist government. France wants to persuade buyers to cash in their old diesels for electric cars by offering incentives of up to 10,000 euros ($10,500). Meanwhile Paris Major Anne Hidalgo has announced measures to phase out diesels in the city by about 2020. Other cities like London have announced tighter controls on noxious emissions which will severely limit diesel access to the city. Now this might make sense for many old diesel powered cars, but the European car industry has spent hundreds of millions cleaning up diesels and the latest ones are said to be superclean. The industry is worrying that this anti-diesel sentiment might spur an out of control movement to demonize diesels even though current ones are perfectly clean. The Society of Motor Manufacturers and Traders (SMMT), which speaks for the auto industry in Britain, launched a campaign this week “Destigmatizing diesel” to counter this trend, which it described as stirring up ill-informed opposition. Environmental groups like Brussels-based Transport & Environment (T&E) don’t buy this “superclean” claim though and demand action to make these so-called Euro6 vehicles less of a threat to health.

Nothing to see here
Despite predictions of a diesel demand disaster of up to a fifth of the market as its tax advantages are eroded across Europe, plus added competition from new technology turbo-charged gasoline engines, Schmidt said demand in Western Europe was still strong last year at 53.3 per cent compared with 53.5 per cent in 2013. That’s almost 6-1/2 million cars last year.

“The widespread exodus from diesel to petrol (gasoline) cars that was predicted by some learned auto industry forecasts about half a dozen so years ago is still notable for its absence. The way the runes are read today the likelihood is that by the close of this and next year, diesels will still account for around half the recovering West European new car market,” Schmidt said.

“By 2017, European car diesel share might have dropped to 35 per cent from 55 per cent. Despite cheaper fuel people will stick with diesels and I reckon it will still be half the market by 2017; no change,” Schmidt said.

This sits close to IHS Automotive’s forecast for all of Europe which calls for diesel market share of just under 50 per cent by 2021, very slightly lower than the current figure, despite political statements from Paris and London.

Potential contagion
“Although IHS Automotive has for many years been forecasting a gradual decline in diesel share in Europe, we are not yet moved to make any further large adjustments to over overall expectations for both diesel vehicle production or sales across Europe. We are cognisant of the potential contagion effects of the Paris-London debate when it comes to consumer sentiment – as we know, France in particular has a consumer preference for diesel, particularly in suburban and rural populations where most diesel vehicles are sold,” IHS Auto said in a statement.

T&E’s Greg Archer said the campaign by Britain’s SMMT that Euro6 cars are clean is not backed up by experience because under real world driving conditions they sometimes produce up to seven times the amount of nitrogen dioxides than the target amount.

“The intention of these regulations was that the limit should be met on the road, not just in the laboratory,” Archer said.

Archer hopes that European Union representatives will tighten the rules at a meeting later this month. The European industry is determined to keep the rules as flexible as possible, he says, because it has invested a huge amount in diesel technology, and this is the only market in the world where they sell in huge numbers.

“If we get a good test and tight limits applied to the test so that diesel is really clean, then I think the pressure to ban modern diesels from cities will decrease. But if the industry gets its way and we finish with a weak and ineffective test, the cities will decide the only way to improve air pollution is by banning cars from cities. This is the last chance for diesel,” Archer said.

“Euro6 cars are the cleanest diesels ever conceived by the car industry. Even German tree-huggers agree,” Schmidt said.

“So if Germany is any guide, the introduction of low-emission zones in many cities has clearly not hurt underlying demand for new diesels. Thanks to their full compliance with ruling E.U. exhaust emission norms, all of these green diesels will automatically qualify for a green window stocker,” Schmidt said.

Schmidt dismisses the argument that many cars thought to be Euro6 compliant are badly missing the target, by saying it’s not surprising if they exceed them because they display extreme differences of use. Diesel demonizers are responsible.

Schmidt also said some experts had believed diesel engines would price themselves out of the market because they would too expensive to make, than their current 10 to 15 per cent cost premium.

“There was this gloomy prediction that the price premium under Euro6 could rise to maybe 15 to 25 per cent and have a detrimental effect in favour of petrol (gasoline). In the event, feared higher costs for Euro6 have been nowhere near as high as previously feared. In addition, downsizing gasoline engines now also have very expensive turbochargers, so the difference has hardly changed,” Schmidt said.

If the future of diesels looks secure in Europe for a while yet, what about demand in the U.S.? After all, five years ago, some experts predicted a 15 per cent market share for diesels in the U.S. by 2015.

IHS Auto says diesels may still gain a bit of share in the U.S. and its forecast calls for demand rising from two to three per cent from 2012 to a maximum five per cent by 2021.

Spark the fire
“We expect the German premiums (BMW, Audi/VW, Mercedes, Porsche) to continue attempting to spark the diesel fire, but we can’t see it making mass market levels. We might see increasing diesel in pickups etc, but a very slow rate. In passenger cars, it’s the German manufacturers who will continue to push it, but it will still be niche,” IHS Auto said.

“As gas prices gained, Europeans stood a chance of getting a sizeable diesel foothold in North America, but the recent collapse of global fuel prices more or less killed the market before it was born,” he said.