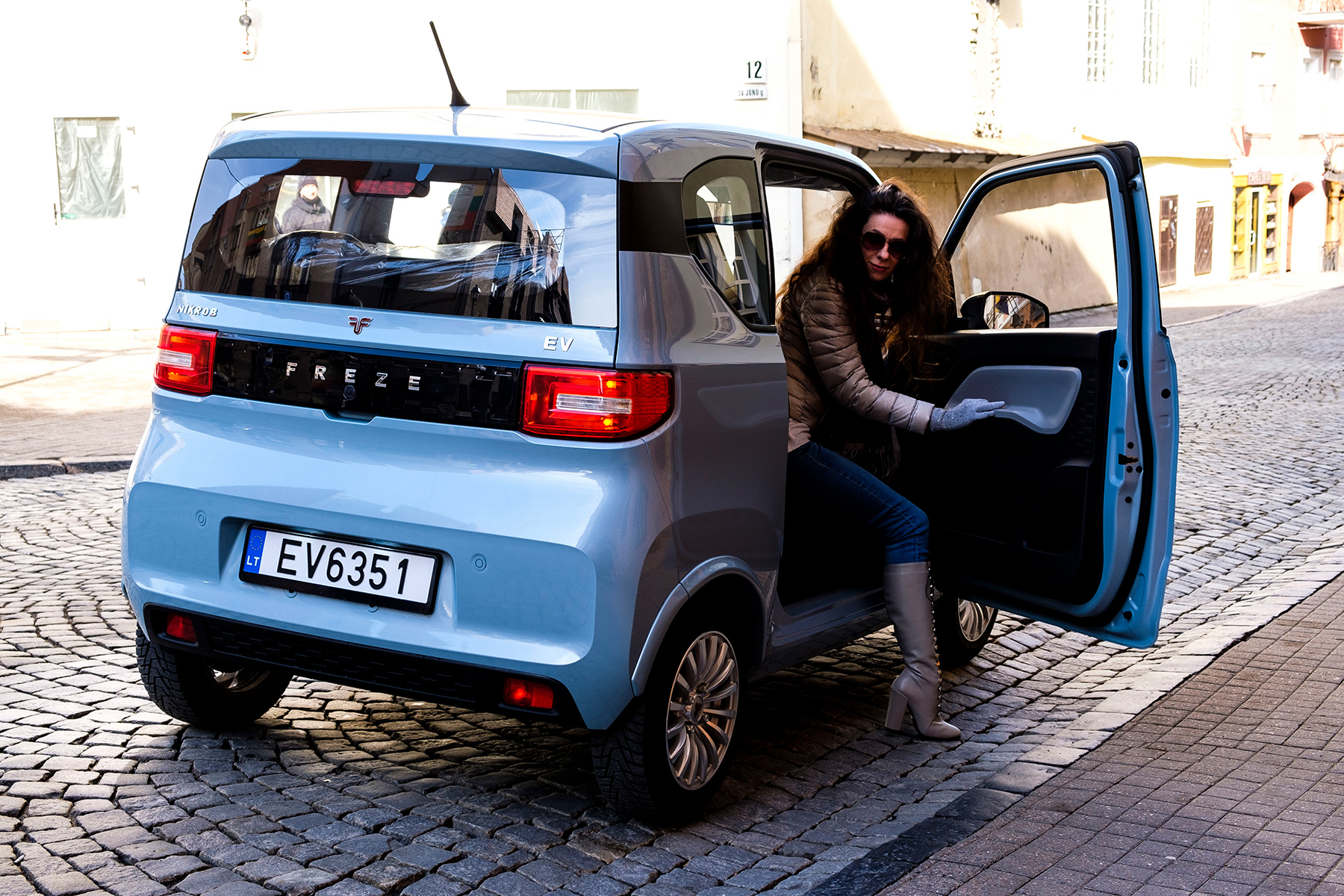 “We have made some changes to the Chinese design which has allowed us to get certification for the EU. So it is a totally highway legal EV in the EU”

If you think all electric cars are over-priced under achievers, the little FreZe Nikrob EV might win you over when sales start in Europe later this year at just under €10,000 ($12,000 after tax).

This European version of China’s successful Hongguang MINI EV, made by a joint venture between General Motors of the U.S., China’s SAIC and Wuling, is set to kickstart the electric car mass market revolution because it reflects a better understanding of what consumers want – something practical and affordable. Current electric cars in Europe are mostly over-priced city cars. They are too expensive for average earners and let down by poor long-range capabilities which can be eclipsed with ease by the cheapest gasoline or diesel vehicle.

The FreZe Nikrob is assembled by DARTZ MotorZ, a privately held Latvian-based company and a subsidiary of Estonia’s Dartz Grupa OÜ. It designs, makes and sells high performance armored vehicles. DARTZ MotoZ has big ambitions for this little electric car, and wants to sell 10,000 this year in Europe, 20,000 in 2022, 40,000 in 2025 and 100,000 in 2030, Leonard Yankelovich, owner and founder of DARTZ MotorZ, said in an interview.

This will include the standard version, a crossover and a convertible. DARTZ imports the cars in almost assembled form and adds European modifications, Yankelovich said.

Europeans may need convincing that a small car from China will have the quality and equipment they are used to. The standard version boasts anti-lock brakes and tire pressure monitors as standard and for a little more you can have parking sensors and air conditioning. There is room for 4 in theory, but the rear passengers might be a bit cramped.

If you think these ambitions are big for a new, unknown product, the Hongguang MINI EV has notched up 270,000 sales since its launch a couple of years ago and has already sold more than 100,000 so far this year in China, according to Germany’s Center of Automotive Management. 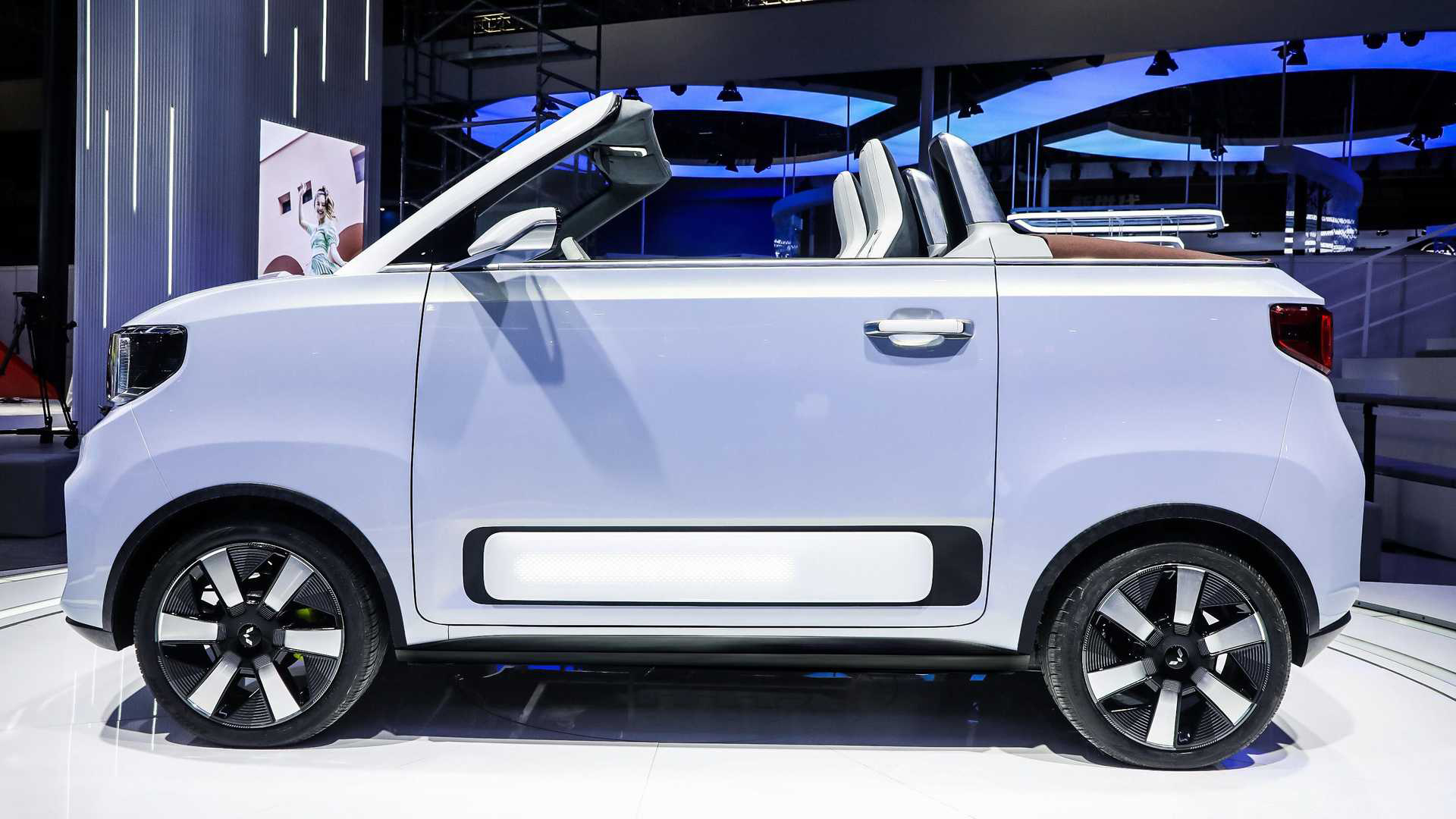 Well-heeled early adopters
Auto manufacturers’ electric cars have pleased well-heeled, early adopters but have wasted millions of euros making replicas of traditional internal combustion engine (ICE) vehicles that average wage earners can’t afford. That has resulted in city cars like the Honda e with a battery range of not much more than 100 miles but which costs almost 3 times as much as this Chinese entrant. Other electric iterations of entry level ICE cars cost more than twice as much but are really city cars. Unless an electric car has a massive battery, it can’t compete with ICE cars in high-speed cruising. The FreZe Nikrob acknowledges this and just concentrates on doing local work and providing a solution to modern, local mobility requirements.

Think of this as the golf-cart theory of electric cars. Make it practical, make it cheap, and buyers will come in droves. It acknowledges that most daily driving is limited – shopping, the school run, commuting. Range is claimed to be around 125 miles (200 km), top speed 65 mph (105 km/h). It has no pretensions at long-range, high speed motoring. It is simply a practical utility car, and prices start at $12,000 (€9,999) after tax.

“We have made some changes to the Chinese design which has allowed us to get certification for the EU. So it is a totally highway legal EV in the EU,” Yankelovich said.

Are there plans to sell in the U.S.?

“Now we are concentrated on the European market, but we are already in negotiations with our partners in the U.S., discussing numbers of around 20,000 FreZEs in 2021-2022,” Yankelovich said.

The plan is also to launch mobility services to app-enabled car sharing and grocery delivery services and tourism.

“Our FreZe car looks to be ideal for this service. We’re planning to launch it in a few months and cover the Baltic/Nordic regions first,” Yankelovich said.

Automotive industry analyst Charles Tennant reckons the FreZe will be well received in the market.

Affordable city car
“This Hong Guang MINI microcar looks very interesting as an affordable city car, which has clever packaging and is not over specified, hence the affordable price starting at $4,400 for the base car in China, where I see it outsells Tesla with 270,000 sales since launch last year. With General Motors involvement in the specification and design there is no reason to assume it cannot be a safe car either. I see that they are already working on better equipped versions as well as cabriolets,” Tennant said.

“For me, there are questions as to how and where it will be marketed to achieve the volumes suggested given that it is an unknown brand without any retailer/dealer visibility. Although the rise of internet sales and the relative lack of servicing required for BEVs might make this a moot point, it would inspire some ensure confidence. It might also be an interesting option for car sharing/mobility operators in the region, something that Dacia seems to be also aiming at with the Spring,” Fletcher said. 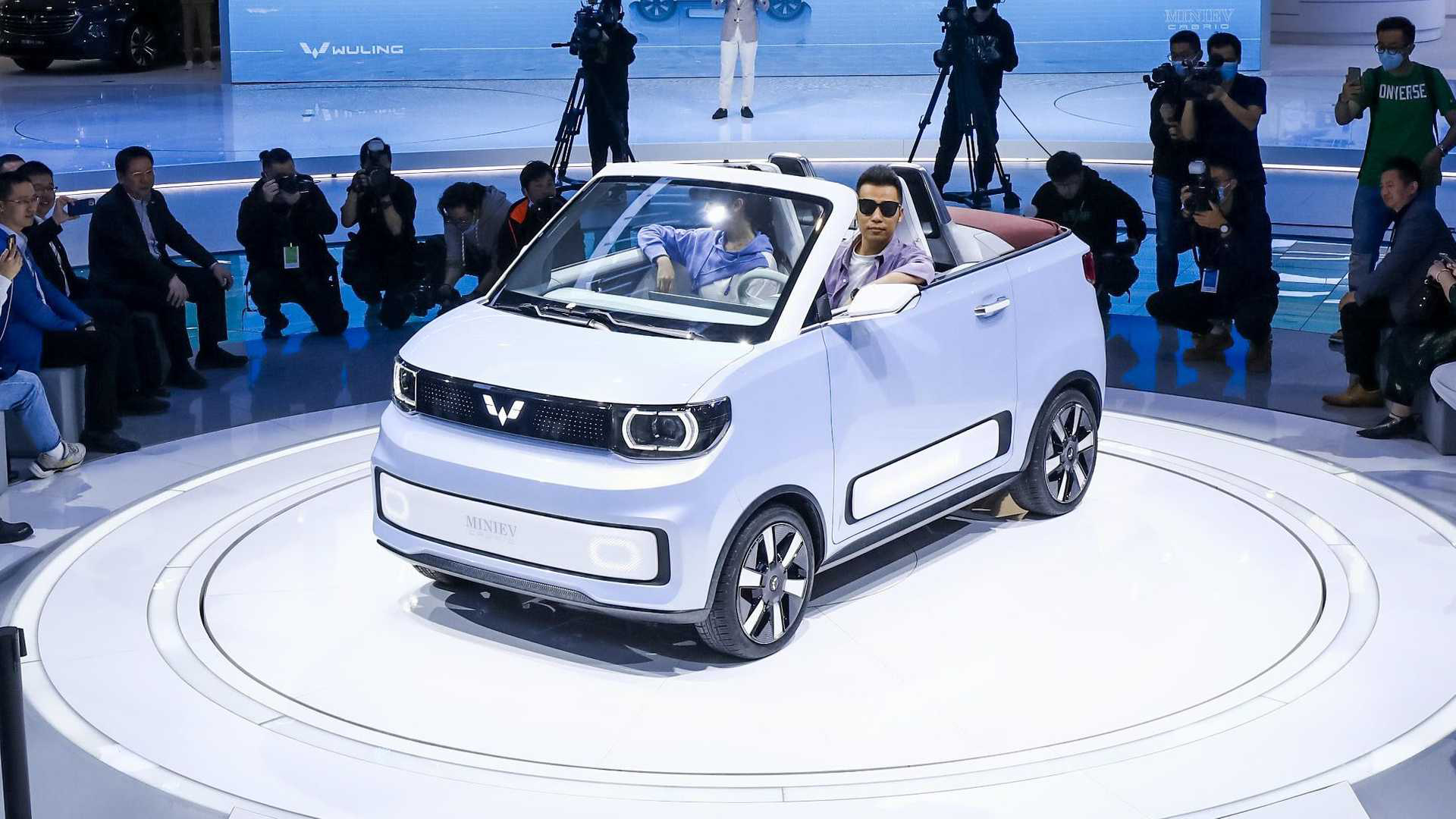