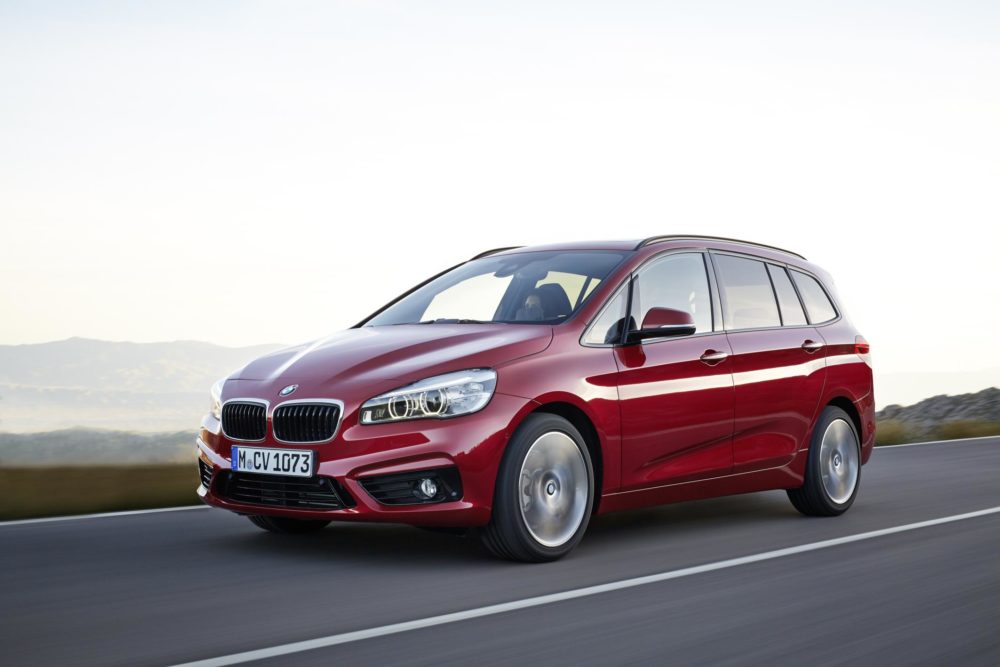 “BMW doesn’t think a vehicle like this needs good looks to sell”.

The name of this new BMW makes it sound as though it’s some kind of fancy sports car – the 2-Series GT – but in fact it is a family-oriented, utilitarian minivan, the German luxury car maker’s first compact seven-seater, and it will make its first appearance at the Geneva Car Show next month.

You can see from the picture too, that BMW doesn’t think a vehicle like this needs good looks to sell. And it has proven with the X-1, X-3 and X-6 SUVs that looks don’t matter much. The badge is all.

The 2-Series GT is a bigger version of its first front-wheel drive vehicle, the 2-Series Active Tourer, and it has an extra row of seats.

According to industry analysts IHS Automotive, the new car is the latest in BMW’s range expansion policy, which is coming under scrutiny.

“The inexorable rise of BMW’s sales volumes forecast may indicate otherwise but there are growing voices, including internal ones, questioning whether the constant range expansion of the premium (manufacturers) will continue to reap rewards or whether some kind of consolidation is required. The 2-Series GT is likely to be a key test of this strategy,” said IHS Auto analyst Tim Urquhart.

The 2-Series GT is available with a choice of five turbocharged gasoline and diesel engines, with either three or four-cylinders. The top-of-the-range 220d xDrive is also the only car in its class to team four-wheel drive with seven-seat capability, says BMW.

In Europe, the 2-Series GT will compete with minivans like the Opel-Vauxhall Zafira, Ford Grand C-Max and Renault Grand Scenic.

“This is after the Active Tourer appeared to be aimed very much at the ‘silver surfer’ generation, especially when the associated marketing and advertising for the model was viewed,” Urquhart said.

“IHS Automotive forecasts peak (global) sales of 55,000 for the Grant Tourer, around 20,000 less than the peak of the Active Tourer. However these vehicles also represent the most extreme examples of BMW’s range expansion strategy and it remains to be seen whether BMW will continue to move into new segments,” he said.