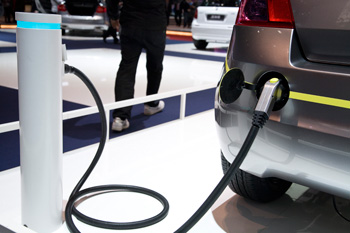 I didn’t think I could come with another reason why battery-electric cars make no sense for the foreseeable future, but try this.

The only way that unaffordable, impractical, battery-only cars will sell is because of huge government subsidies, and a few early-adopter zealots with too much money who don’t mind being stranded every couple of weeks. Germany, Britain and the rest of Europe are currently involved in planning massive, painful, and unprecedented spending cuts to their welfare, pension and public health schemes. Guess which government budgets will survive the cull; money for rich people who already have $30,000 to buy a second car, or funds for the poor?

So as the launch of the first battery-only electric cars approaches, the evidence is building. Battery-only cars cost too much. They have limited and unpredictable range. Claims that they emit zero carbon dioxide are erroneous, unless you live in nuclear-powered France, or hydro-electric Switzerland. Plans to have a store of charged batteries ready to replace spent ones, might make sense in small countries like Israel and Denmark, (as planned by Renault of France and Better Place), but the economics of the scheme don’t look compelling. Later this year, Peugeot and Citroen of France will launch their C-Zero and Peugeot iOn battery- only cars on the market. Both vehicles are based on the Mitsubishi iMiEV which is already on sale here.

According to Automotive News Europe, these cars, about the same size as a Honda Fit, will cost $57,300 after tax but before government subsidies. The slightly bigger Nissan Leaf will be on sale later this year in Europe and next year in the U.S. Here, the price is said to be under $36,000 after tax but including incentives. Next year, Renault will see the first fruits of its 4 billion euro battery car scheme, when the Fluence appears.

Chevrolet Volt
At about the same time, Chevrolet should be on the market with its extended range electric Volt (battery only power, but augmented by gasoline engine-range 300 miles), followed by the Toyota Prius plug-in hybrid in 2012 (gasoline engine, electric motor used together or separately-range 300 miles). How can battery only cars (claim 100 miles, 60 miles if you’re lucky) compete with electric vehicles that can use gasoline engines to extend their range, unless a government forces their sale? Battery only vehicles are simply not yet ready for prime time and await some significant technical breakthrough.

Most independent automotive experts share this doubt about battery-only cars. Renault and its Nissan affiliate reckon that by 2020, 10 per cent of global car sales will be battery only. This is a much higher forecast than HSBC bank’s 4.5 per cent estimate. Germany’s VW is believed to project around 1.5 per cent.

Professor Stefan Bratzel, director of the Center of Automotive Management at the University of Applied Sciences in Bergisch Gladbach, Germany, reckons only about two per cent of the global market in 2020 will be battery only with 14 per cent “alternative” power trains, including hybrids, plug-in hybrids, or extended range electric vehicles. Even by 2025, Bratzel expects battery only to reach 5 per cent, with 20 per cent “alternative” – and variations on the conventional still accounting for 75 per cent of global sales.

Mostly in cities
“We believe pure electric vehicles will be mostly in cities and metropolitan areas and as a second car. Also we believe there will be a lot of financial incentives – we just saw from China the other day that they will invest a lot of money to boost electric vehicles in cities. In Europe there are the same discussions. Germany is not giving much yet. Range problems and infrastructure will reduce electric vehicle sales for the next 10 to 20 years to cities. But we expect a lot of dynamic in Asia, especially in China. The government in China knows that they have a great gap in technology between west in conventional technology and can be more in the forefront in electric technology,” said Bratzel.

Joining the battery-only doubters, Honda of Japan, which has bet heavily on hybrids and hedged its bets with some fuel-cell investments, recently explained why it wasn’t convinced by batteries.

“We lack confidence in the electric vehicle business,” said Tomohiko Kawanabe, president of Honda’s research and development interviewed by Bloomberg adding “it’s questionable whether consumers will accept the annoyances of limited driving range and having to spend time charging them.”

Roland Berger Strategy Consultants of Germany recently surveyed some car buyers in Europe and found a strong interest in electric vehicles. The consultancy found that 37 per cent of German customers and 35 per cent of French ones were considering buying electric, with half of them willing to pay up to almost $5,000 extra to do this.

But even this willingness won’t match the actual costs involved.

“The catch at the moment: Even customer’s willingness to pay more for electro-mobility will still not be sufficient in the next 10 years to offset the additional costs of the power train, especially the battery,” said Berger partner Dr Wolfgang Bernhart.

Other issues concerning the viability of battery-only power are claims concerning wastage of electricity between generation and finally reaching the car’s plug-in socket.

According to Bob Kozak, who runs Frederick, Maryland-based bio-fuel research and development company Atlantic Biomass, typically only one third of electricity generated at a conventional coal-fired power station actually reaches the socket in the house where an electric car would be recharged.

Kozak, who published an essay, “The Myth of the Plug-In Hybrid”, asked to back up the number, said it was published by the National Academy of Sciences.

“This number might not be so bad in Europe where they probably have more modern coal generation,” said Kozak.

According to Dr David Howey, Research Associate at London’s Imperial College, the loss figure is not just a single number, but indeed varies from country to country. In Britain, he figured that 79 per cent of electricity generated by the turbine can go into turning the vehicle’s wheels. This compared with a combustion engine car where only about 25 per cent of the fuel actually comes out of the engine as power, and some is lost in the transmission system. Therefore, only about 15 to 20 per cent actually remains to turn the wheels.

“Even when electric vehicles are run from fossil fuel power stations, they still usually make better use of the fuel energy than an internal combustion engine. Plus electric vehicles allow a diversification in transport energy supply because energy can be generated from various sources. Plus if you decarbonizes the electricity supply, you can get zero carbon transport,” said Howey.

Out on a limb
That might be a big positive for battery only electric cars, but compared with the avalanche of negatives, it doesn’t add up to much. In a recent report on the global automotive industry, Moody’s Investors Service pointed out the huge negatives, including battery costs and lack of recharging infrastructure, and implied that companies like Renault may have severely overestimated the potential.

“The market for electric cars is still in its infancy. Battery costs are high, further advancements in battery technology are needed to improve travel range, and significant spending is needed to set up a reliable infrastructure for battery charging. As the envisaged price for an electric vehicle will likely be far above what the majority of customers can afford or are willing to pay for, Moody’s cautions that current expectations regarding the scale of the market could turn out to be too optimistic. In addition, high investment needs combined with initial low demand will limit the ability to generate profits in this segment over the short to medium term,” the report said.

Success depends on the level of government support, Moody’s said.

There is one scenario where all bets on the success of electric vehicles look good, according to the Center of Automotive Management’s Bratzel.

Meanwhile, electric vehicles need to prove to the public that they can actually perform in the marketplace. We should see some important evidence in the weeks ahead. BBC News is driving a Think battery powered vehicle on a 4,000 mile tour of Europe. Norwegian Think, which used to be owned by Ford, is scheduled to produce electric cars next year at its Indiana plant. The Think can go about 100 miles on a charge, and then takes up to eight to 10 hours to recharge. That is going to be some tedious journey.