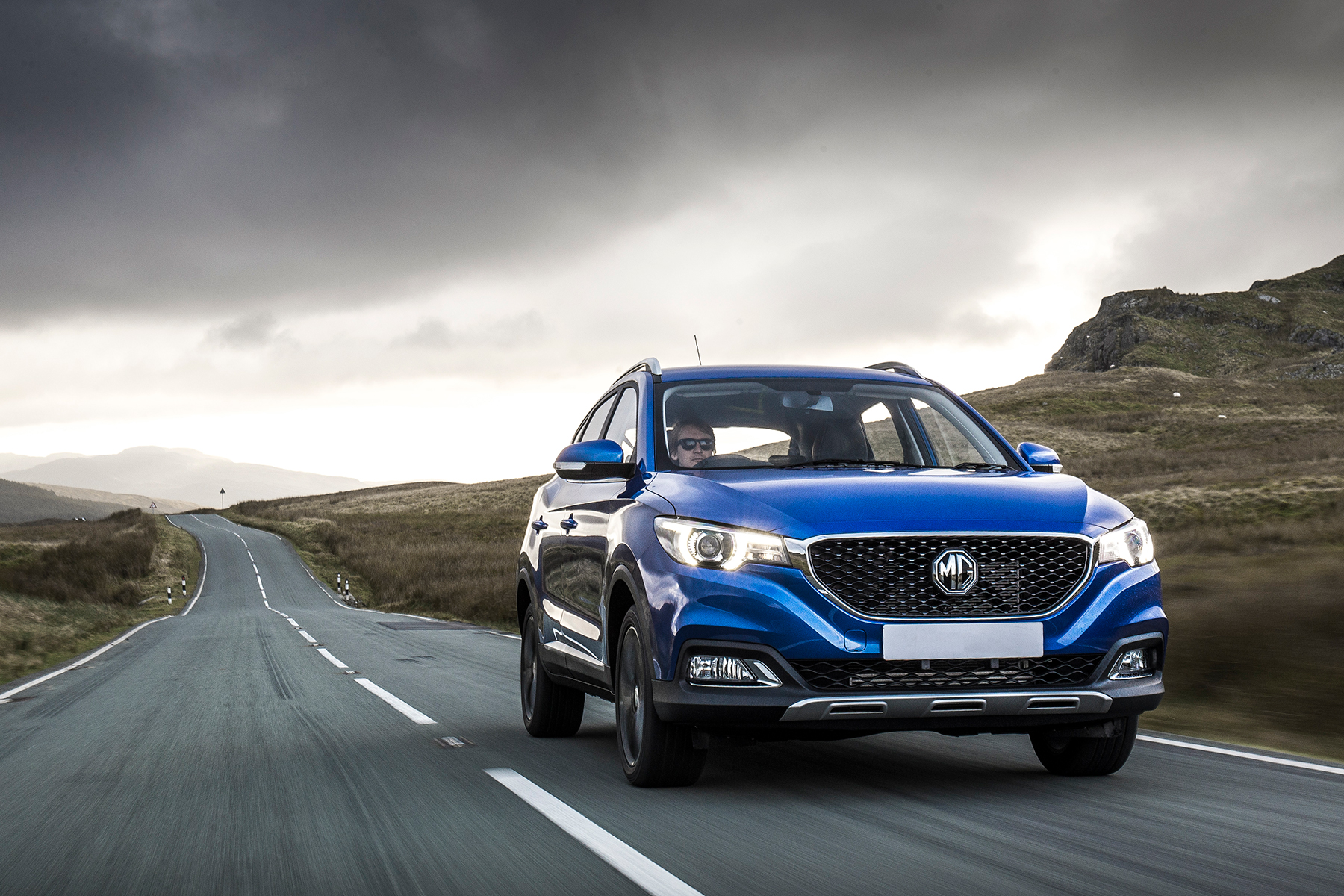 The MG ZS EV is great value compared with its electric car counterparts and has a very slightly better than average battery.

The “great value” claim is really down to its size. This is an SUV and most of its competitors at this price are little city cars. The ZS looks plain but serious, and it has an outstanding, high quality interior, with a couple of dodgy rough-looking touch points. 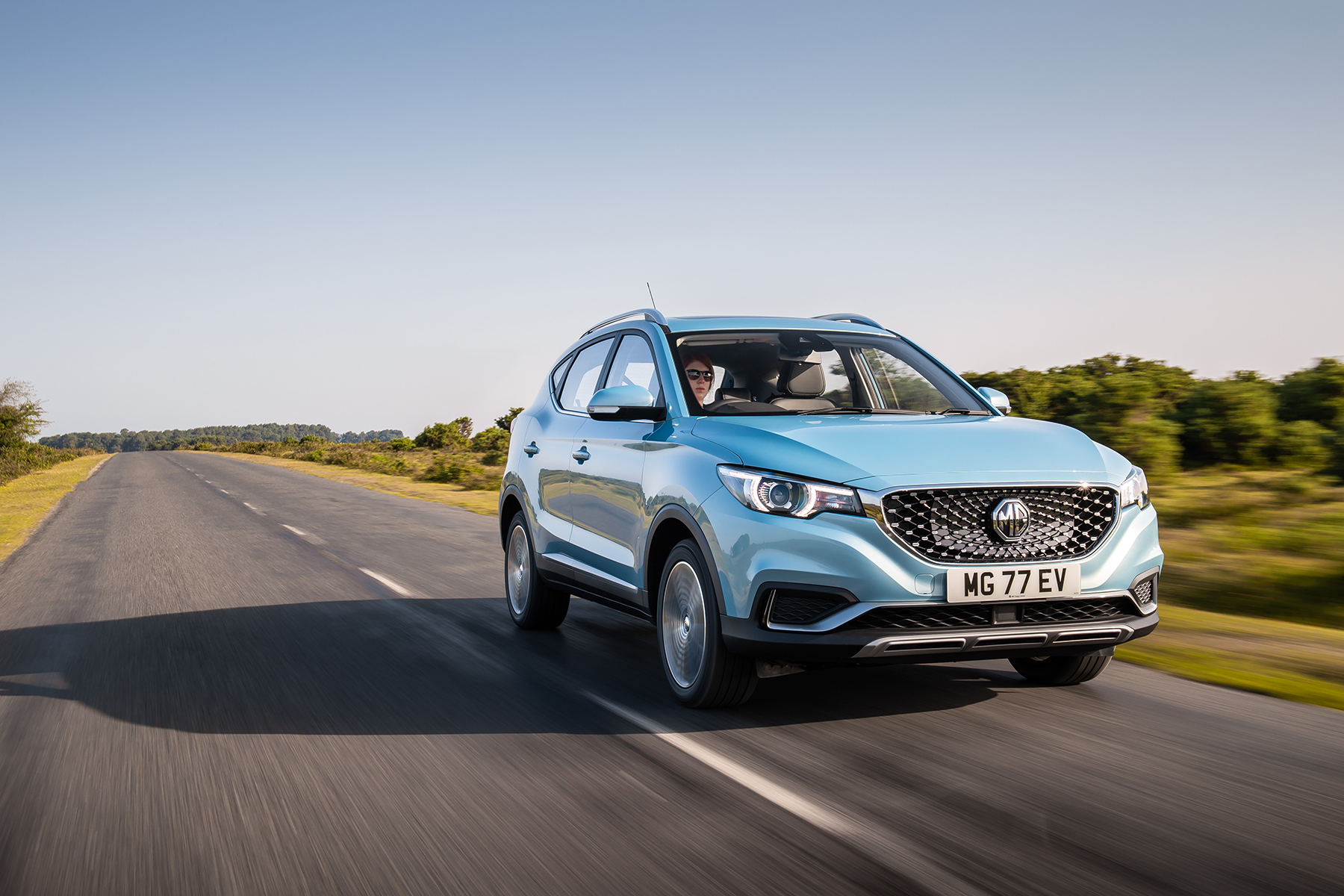 I do have to criticise the company’s description of itself as an iconic British brand, when it’s nothing of the sort. The ZS is made in China by SAIC Motor. SAIC bought the MG brand and there’s nothing wrong with that, but to pretend it has anything in common with the Spitfire pilot’s sports car of choice is a bit much.

MG is more honest than some carmakers though about the capacity of the battery, claiming a maximum range of 163 miles. I managed to charge it up to 176 miles with my ChargePoint home charger, and on the highway, the battery sheds available miles at quite a pace although not as fast as my recent Vauxhall Corsa-E. The Corsa shed about 2 miles from the availability indicator for every actual mile travelled in the outside lane, while the MG ZS lost 47 miles over my 30-mile motorway test route, giving a likely range of 101.9 miles. That’s still not much use if you’ve got a long trip planned. But around town it’s terrific.

The MG ZS drove pretty well, with accurate steering and decent ride. Its acceleration was lively as you’d expect from an electric car, but it did have a weird “turbo-lag” feeling when merging into roundabouts. Given that of course it doesn’t have a turbo, this hesitation after you put your foot down was strange, but not very important in the great scheme of things and easy to get used to.  There was the usual big 8” colour touchscreen screen in the centre of the dashboard to control media, phones and air conditioning, Android Auto, Apple CarPlay, Bluetooth phone connection with audio streaming and DAB radio. 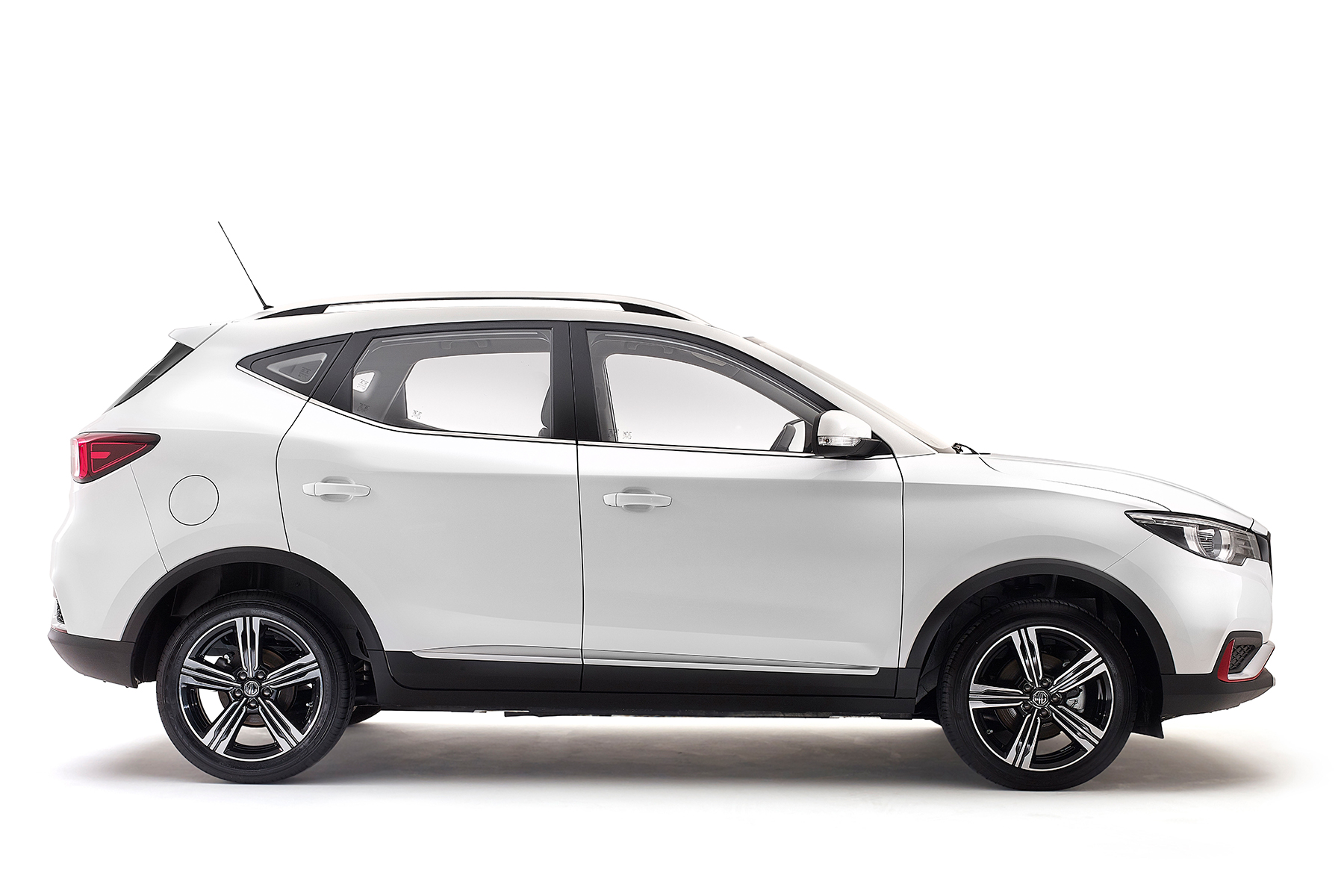 Drive was selected by rotating a little wheel marked D, R and N, and the regenerative braking was accessed by pressing KERS. I left it set on the maximum “3”. The parking brake was selected by pushing a button which never seemed to be activated instantly, which was a little worrying, and which also felt a bit cheap.

Not for the golfer
The interior was terrific with classy leather front seats which were electric powered. The huge sunroof was impressive. The ZS is a much bigger car than most of the competition at around £30,000, so amongst these city cars it seems much better value. The boot was the wrong shape for the golfer, his bag and trolley, but the rear seats were pushed down without much trouble. It has hidden storage areas, split-level and practical features to keep items secure on the move. 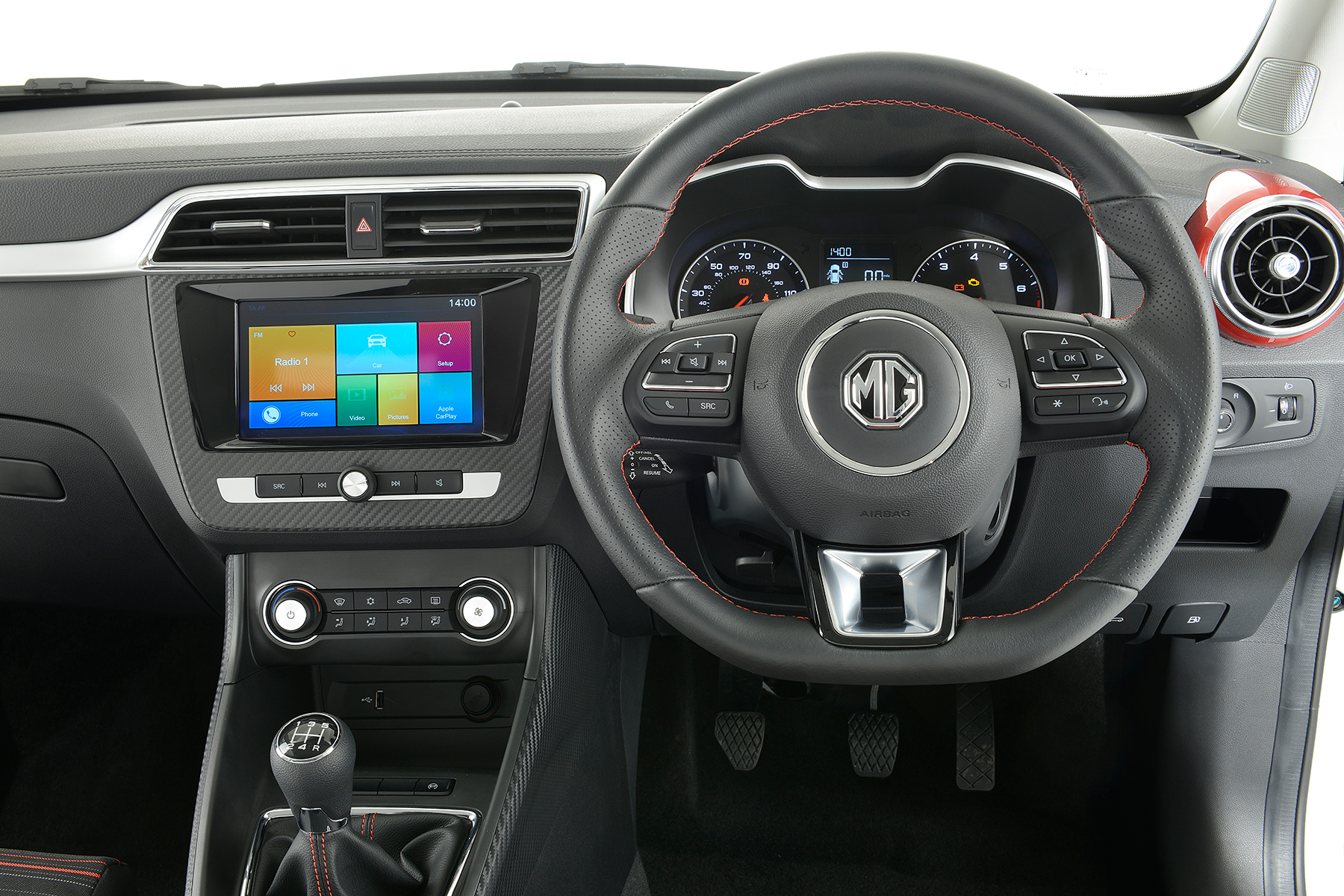 Another big plus point is the free home charger, although that’s pretty common while the manufacturers are trying everything to interest buyers in the electric option.

There are two versions, Excite and Exclusive which both include MG Pilot as standard, with features including Advanced Emergency Braking, Blindspot Monitoring, Lane Keep Assist and Adaptive Cruise Control.  At speeds below 12mph, MG says the car will automatically deploy the vehicle’s brakes to avoid a collision with a car, bicycle or pedestrian. At speeds above 12 mph, the vehicle will reduce the likelihood or mitigate the severity of an accident. MG Pilot also includes Traffic Jam Assist, which enables the car to automatically follow the car in front at speeds below 35 mph, automatically steering, braking and accelerating within the same lane. If the vehicle in front comes to a complete stop, so will ZS EV, and if it moves away within a short period of time, ZS EV will do the same. 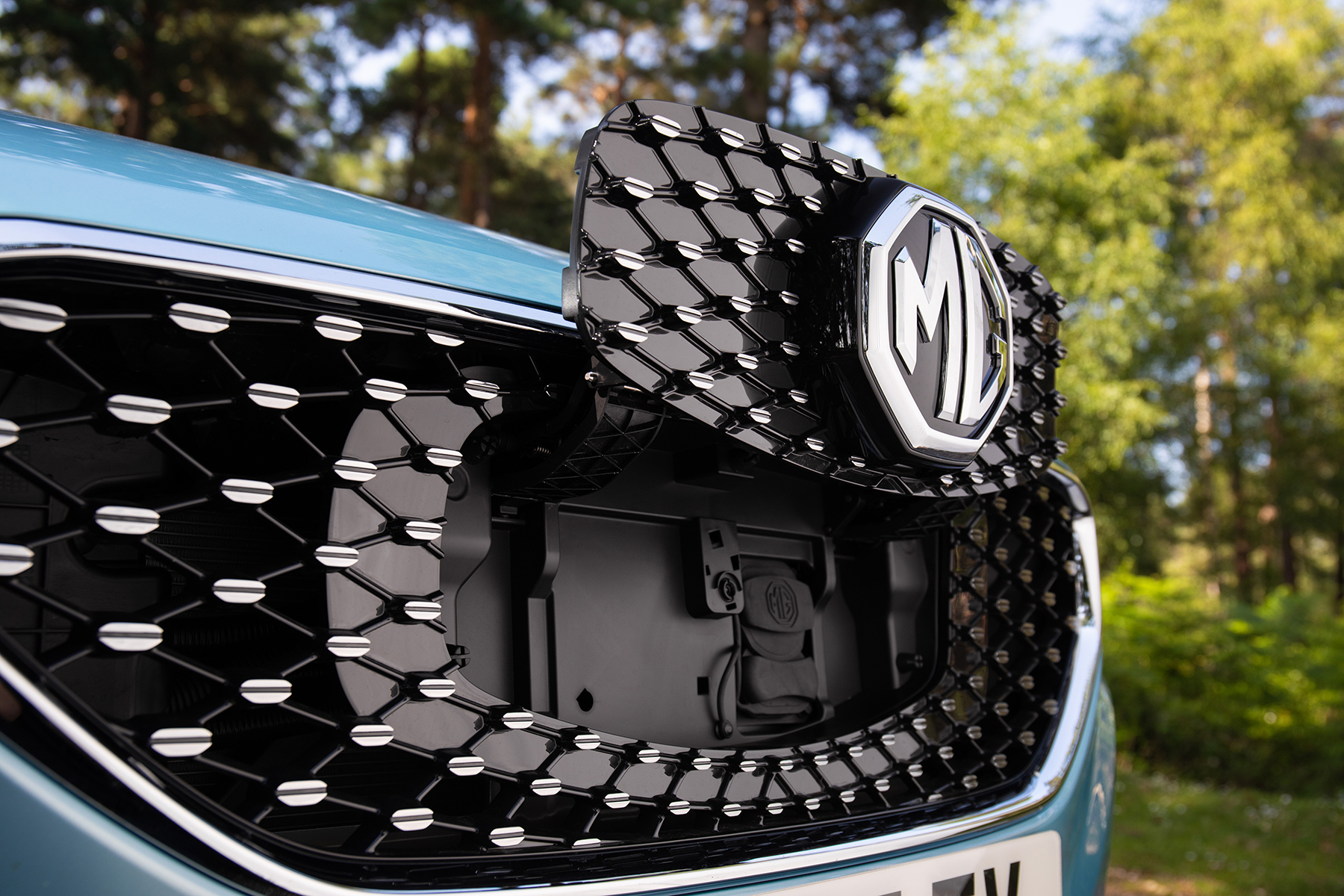 Connected but not charging
ZS EV can allegedly charge from 0-80% in just 40 minutes from a 50 kW charging station. At home, ZS EV can recharge on a standard 7KW home charger in six hours. I had one problem while trying to charge at home. I plugged it in, but next morning nothing had been added to the battery. The dashboard was displaying “connected but not charging” and after trying various combinations and failing, I called the local dealer, who said almost instantaneously, you have to lock the door with the remote, wait a few minutes, then it will start charging. The trouble was, when I unlocked to the door to get and check the state of charging it automatically shut itself off. In fact, the car wouldn’t start charging until it was locked. That might be useful if you live in the city, but not for country dwellers like me. MG should fix this because it was very annoying.

What to buy?
The MG ZS EV has more plusses than minuses. It is great value not least because of its size but doesn’t come close to worrying my favourite electric vehicle in the sub £40,000 price range, the Kia eNiro. Its battery performance was ever so slightly better than the Vauxhall Corsa-E and the rest of the competition in this class, although I haven’t yet driven the new Renault Zoe and its more powerful battery. In coming weeks and months I’ll be driving the Kia Soul e, Polestar 1 and 2, and Mini E. 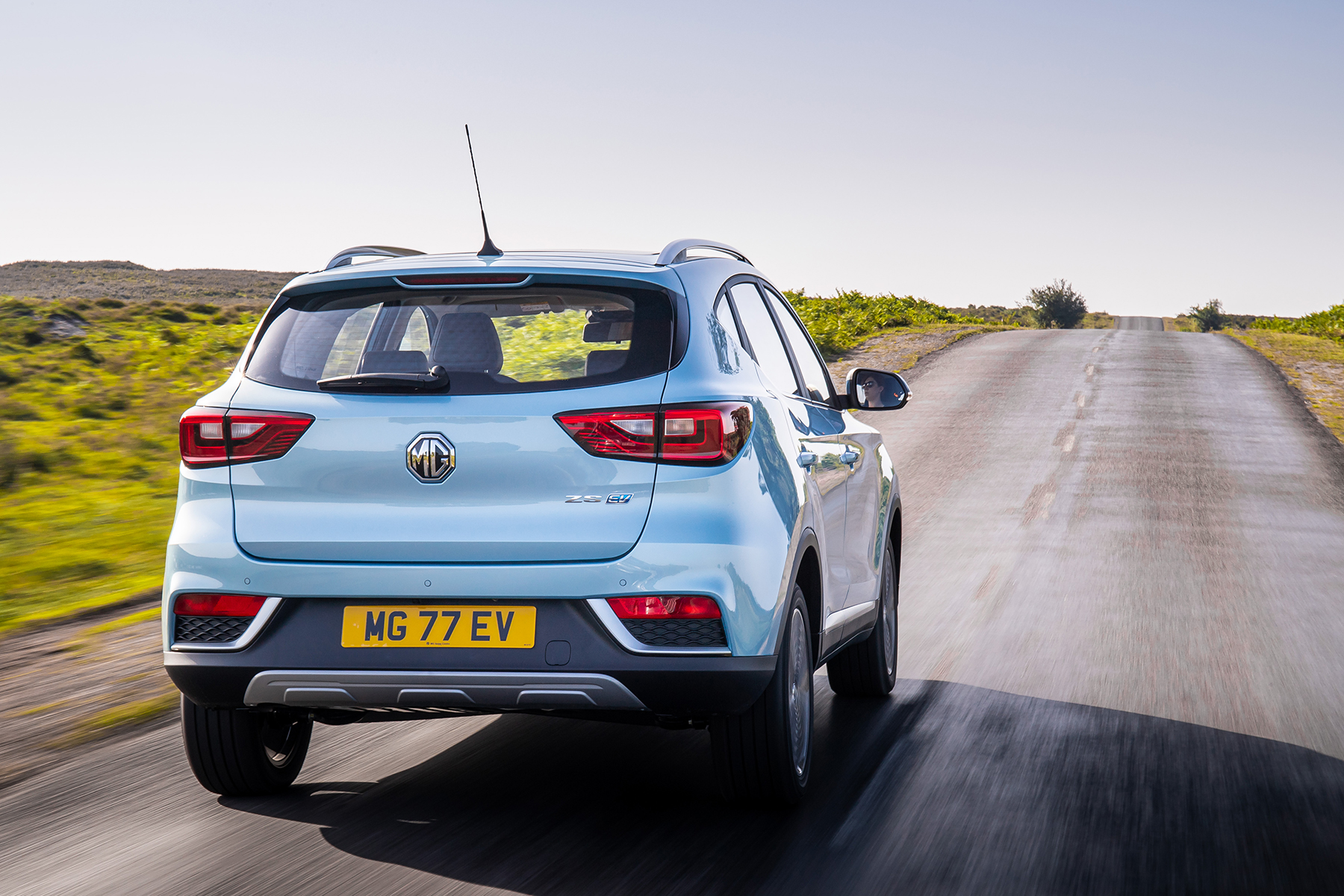