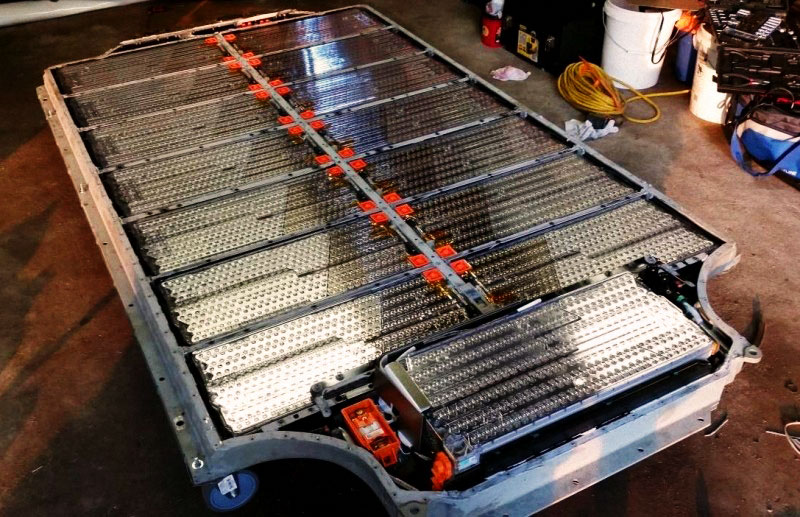 Will Tesla Batteries Win It The Inside Track Against Germans?

“Tesla will have a huge market lead at 1.2 million a year”

Tesla Motors’ lead in the market for premium electric cars is likely to be short-lived as the Germans mainly and perhaps the Chinese quickly marshal their resources and unveil competitive products.

But Dr Dean Dauger, computational physicist and President of Dauger Research Inc of Huntingdon Beach, Calif., begs to differ, saying Tesla will win a long period of ascendancy mainly because of its decision to make its own batteries.

Professor Stefan Bratzel of the Center of Automotive Management (CAM) in Bergisch Gladbach, Germany agrees that a possible shortfall in battery availability could stymie the fight back from the likes of BMW, Volkswagen and its Audi and Porsche subsidiaries, and Daimler’s Mercedes-Benz, but believes they will probably get their act together in time.

Professor Ferdinand Dudenhoeffer, director of the Center for Automotive Research (CAR) at the University of Duisburg-Essen says there’s no way this will happen, and Tesla better get used to the idea that the Germans will soon be matching its products.

Dauger, in a published report, said the Germans have no way of getting their competitive electric vehicles before 2025 at the earliest in any great numbers because they simply won’t have access to enough batteries at competitive prices. Limited deployment of their Supercharger-like network will also be a disincentive.

IHS Auto analyst Tim Urquhart cautioned that forecasts this far out for a market so unpredictable as battery cars were very complex.

Germans shackled
But Dauger said the Germans will be shackled by the fact that most of their current assets are taking care of the traditional internal combustion engine (ICE) technology, so they will be reluctant to offer too many of the kind of electric vehicles because that would undermine their core sources of revenue.

The Germans will have to buy batteries from outside suppliers and, while every other manufacturer except Tesla will be doing the same, this demand surge will maintain high battery prices, if not stimulate them yet higher, thus undermining the economics of Tesla’s competition. Meanwhile Tesla plans to force its battery costs ever lower. The choice for traditional manufacturers is –

“That extra cost makes it uneconomic for traditional manufacturers to build a major response to Tesla’s long-range BEVs. At the same time, the Gigafactory enables Tesla to build, by comparison, enormous numbers of long-range BEVs,” Dauger said.

“Tesla will clearly be dominant in this growing part of the car industry in the next decade,” Dauger said.

“Other car makers cannot “follow suit”; head-to-head against Tesla, they won’t stand a chance. Tesla Motors’ target markets, for at least a decade, are theirs for the taking. Since (the competition) doesn’t have a plentiful economic battery source like the Gigafactory, they’ll be limited runs like the BMW i8, so they’ll be drowning in a sea of 100,000s, perhaps millions of Model 3s,” Dauger said.

Baulk Germans
CAM’s Bratzel agrees there is a danger the supply of batteries will baulk the Germans but says corporate leaders believe it won’t be a problem.

“I think one has to analyse the pace in which battery capacity can be built up and I’m not sure it’s going fast enough. It also depends on which technology will be used and I’m not quite sure if lithium-ion batteries will be the last innovation step in this direction,” Bratzel said in an interview.

Solid state batteries are the likely next step because they should provide up to 40% more energy density than the best lithium-ion ones and may appear by the end of the decade.

To ensure they are investing efficiently and comprehensively in new battery technology, manufacturers should pool resources. Another issue which may impact on the world of batteries is the safety issue. Accidents are inevitable as the number of electric cars on the roads accelerates and this could cause explosions, Bratzel said. He didn’t think manufacturers’ progress in electric cars would be inhibited by lack of investment, or from their traditional ICE sales being cannabilized by battery ones.

“Over the last couple of years German manufacturers and others have been investing very heavily in electric mobility. They are still a bit slower than Tesla but I wouldn’t underestimate their progress. The big test for Tesla will be can it make profits and the Model 3 will be the litmus test,” Bratzel said.

“There will also be other players like the Chinese and BYD which have a lot of experience, some negative too, but manufacturers learn from their mistakes,” Bratzel said.

CAR’s Dudenhoeffer sees no battery supply problems for the Germans.

No problem for the Germans
“German carmakers are already buying Li-Ionen batteries from LG-Chem and Samsung (of Korea). It is no problem to increase deliveries. Also both LG-Chem and Samsung are in the process of constructing plants in Poland for cells. So battery supply is no bottle-neck,” Dudenhoeffer said in an e-mail reply.

Will they have problems funding their electric investments?

“No, they have very favorable cash flow positions and can afford to invest heavily in EVs,” Dudenhoeffer said.

“Of course, improvements in battery cell and also electronics and software is on the way. We see improved materials for anodes and cathodes, like substituting carbon with silicium. This is a project of my university and we are in the process of discussing industrialization. The same applies for other Universities, research institutes and industry,” he said.

Apart from fulfilling its ambitious manufacturing targets, which have not been a strength for Tesla, it must start making profits soon. If it fails to do this, its future will be cloudy and it might succumb to predators.

“(CEO) Elon Musk has played the game well, but in the end, Tesla has to be profitable. If it isn’t, then expect a takeover,” Bratzel said.