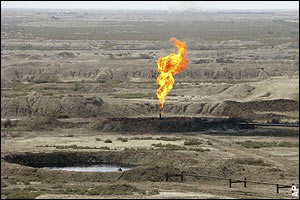 Standard Car Will Be Smaller Than A Smart
Will Nuclear Fusion Bail Us Out From Transport Rationing?

“we are running on a tidal wave of petroleum. If you think how much is consumed now you can see that it is not going to go on”

If scientists perfect nuclear fusion in the next decade or two, then you can ignore warnings that fossil fuels will run out by, say, mid-century, forcing a radical shakeout of our assumptions about easy transport.

But given that nuclear fusion, providing a perfectly clean source of unlimited power by mimicking the sun, is about as likely to happen as alchemists finally creating gold out of lead, then you’d better mark John Wormald’s words.

Wormald is managing partner of British consultancy Autopolis, and his report, “Hot, Thirsty and Crowded: are the New Vehicle Technologies the Answer” tries to look deep into the future when fossil fuels are close to expiring. Wormald is a veteran commentator on the global automotive industry.

“We are going to be looking at energy that is much less available and much more expensive. At the moment we are running on a tidal wave of petroleum. If you think how much is consumed now you can see that it is not going to go on,” Wormald said in an interview.

“We must face up to a future in which energy will be consumed in much smaller quantities, at much higher prices,” he said.

Most reports about the future of the automotive industry stop after about 2025 to 2030, and in those years, things change, but not that much. There will be more battery electric and plug-in hybrid vehicles and maybe a smattering of fuel cell power cars, but still the great majority of cars will be powered by a variation on the internal combustion engine theme. A recent report by Roland Berger Strategy Consultants of Munich, Germany talked about how the global automotive industry is moving eastwards, as it gradually perfects the internal combustion engine, and starts to think about electric powered vehicles. Berger sees gradual, manageable change by 2025.

Cut CO2 80 per cent
But in stage 3, things will start to look radically different, says Wormald.

Both U.S. president Barack Obama and the European Union say carbon dioxide emissions must be cut 80 per cent by 2050 if the world is to resist the harmful effects of climate change. Both the U.S. and Europe have instigated a regime of ever-tougher automobile fuel efficiency laws. Even if you don’t believe that excessive CO2 emissions are warming the climate, you are unlikely to think that supplies of oil will still be abundant, so both sides of the argument are likely to come together to make sure supplies of energy are eked out in a civilized way. This will have huge implications for individual transportation, says Wormald, and will lead to “a decoupling of mobility from GDP growth.”

“If you look at the data about growth in GDP and travel consumed they pretty much track each other. Trucks and automobiles have facilitated economic growth, then people get wealthier and want to move further away from work, take more holidays and visit relatives. They are going to have to find ways of having a nice, prosperous life without too much movement and that will be a challenge. We will have to go back to much denser forms of living. For instance, if you live in central London, you don’t move much,” says Wormald.

Tinier than the Smart
Cars will be much smaller and lighter than today’s vehicles, tinier even than the little Smart two-seater, made by Mercedes of Germany.

And you can forget any idea of the wind in your hair and the freedom of the open road.

“Cars will be subject to much more control. Now, cars are often huge compared with the tasks they are performing. They are very heavy to protect the occupants from the results of crashes, which are not uncommon because they are driven by fallible individuals on roads where traffic often passes very close at quite high speeds. These are suicidal conditions in a way. If cars were small and very light and under central control – you would just get in and punch in the destination on the computer and off it goes without any help from you. If the car was controlled (by a computerized system) the risk of accident would be cut, and the need for heavy and expensive protection would be eliminated.”

“You will no longer be buying a car which is an autonomous automobile, you will buy something which is part of an integrated transport system.”

This all means that the days of jumping into your car and driving from coast to coast will be over. The price of gasoline will destroy the economics.

“This is going to be very painful for the large area countries like the U.S., Canada and Australia. Even if gasoline prices in America go up to current European levels that would make people feel less able to drive to work from many out of town American suburbs,” he said.

Priced out of their cars
Currently, American gas prices are still less than half the cost in Europe, even with the U.S. price at around $4 a gallon. Most Europeans pay sales tax which adds between 70 and 80 per cent to the basic price. At this level in Europe, the price is now high enough for many lower income people to be forced out of their cars, with catastrophic effects on their ability to find employment.

Wormald concedes that if the holy grail of fusion power was discovered, his predictions might not come to pass.

Is there any revolutionary technology on the horizon?

“If you are looking for new sources of energy, it’s not obvious at all. You can’t just conjure it up. Fusion? If you could tame the power of the sun you would have an infinite source of energy and yes, it is being worked on, so at least the physical principle exists, but whether you can make it happen remains to be seen. And people are very reticent about nuclear power, after the problems in Japan,” he said.

Wormald doesn’t see electrification as a short-term panacea either.

“Electrifying the current vehicles produces very little gain in energy consumption or in carbon dioxide emissions, at the electricity generating mix of most countries. The cost, weight and limited capacity of current batteries make primary electric vehicles, including plug-in hybrids, unsalable without huge government subsidies. There is no real market for them today.”

“The first step towards a solution is to get people to drive smaller cars less far and less fast, which carries no technology risk.”

“We could cut in half gasoline use if we gave up on gas guzzlers and drove smaller cars and drove more moderately. Americans for instance drive one and half times more per head than Europeans do. The writing is on the wall for the big SUVs and pickup trucks, but not until gas prices really move (higher),” he said.

“We have become accustomed to buying cars for their universality, rather than being the best fit for a specific use, which becomes possible with multiple car ownership. The key is to get people to use smaller cars for commuting and shopping trips, rather than buying the largest they can afford,” he said.

When will this radical vision become real? The key to the future lies in the price of gasoline.

“The problem is that there is not much point doing anything until prices make it inevitable and it is difficult to tell when it will happen. In the end, however, we must reduce the demand for transport itself, through radical changes in how we live, work and play,” Wormald said.