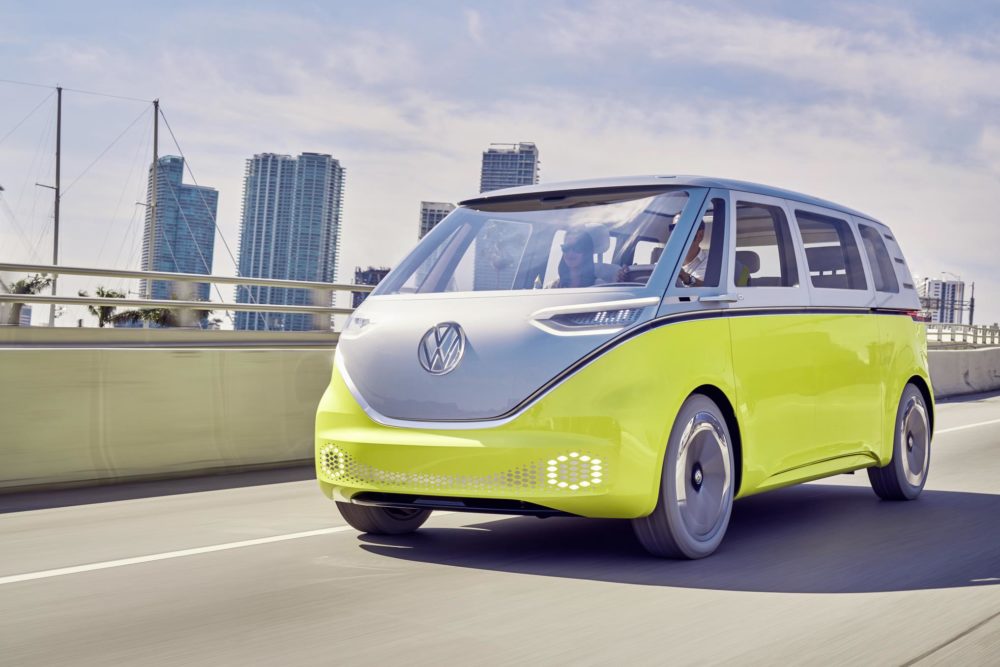 VW Leads Auto Electrification, But Buyers May Be Elusive.

“The SUV trend is unstoppable and so it seems odd SUV EVs aren’t front and center in their initial offering. They’ve been caught out with the wrong cars in the past”

Volkswagen is leading the way to the new electrified automotive world, but this remains a huge gamble for VW, not to mention the entire European industry, as European Union rules begin to outlaw internal combustion engine powered cars and SUVs that the public actually wants to buy.

VW wowed the crowds at the biennial Frankfurt Auto Show which closed Sunday, unveiling the new ID.3 hatchback, its first vehicle designed from the start as all-electric. The ID.3 will provide the engineering basics for a huge range of electric sedans and SUVs (the so-called MEB platform), not only for VW products, but for a huge number of vehicles across its mass market SEAT and Skoda subsidiaries.

Attendees at the show were surprised that VW launched this massive electric investment with a hatchback, when this type of vehicle and sedans are falling out of favor with buyers, who now lust after SUVs. And electric car buyers, shaken by the high price of EVs, (the ID.3 starts at around $33,000 after tax) will be seeking something a little more from their purchases, which a higher, wider and more utilitarian SUV would give.

But VW points out that the Golf is its best-selling car, and the ID.3 would be revered in the company’s future heritage alongside the Beetle and Golf. It seemed appropriate to launch the electric era with this category, the company said, and pointed out that SUVs feature strongly in the long-range electric program with a mid-size SUV, the Tiguan-sized ID.CROZZ, planned for launch within a year.

According to Bernstein Research, VW will launch a full-size SUV the ID.Roomzz later next year, and an MPV, the ID.Buzz in the second quarter of 2022.

Al Bedwell, Global Powertrain Director at LMC Automotive, agreed it was surprising VW didn’t lead off its electric assault with a SUV.

“The SUV trend is unstoppable and so it seems odd that SUV EVs (electric vehicles) aren’t front and center in their initial offering. They’ve been caught out with the wrong cars in the past – lack of competitive SUVs for the U.S. market for example – and this has hurt them. In light of that and market trends, we’ve made the assumption that there will be several crossover vehicles coming along in the second wave of MEB-platform vehicles (for all of the mass-market VW group brands). Generally when we share that idea with clients, they don’t seem to disagree,” Bedwell said.

Surprised by SUVs
“I guess when planning the early stages of the MEB roll-out, the SUV trend wasn’t quite as clear as it is now. They perhaps also looked at the big EV sellers at the time and they were compact cars (Nissan Leaf, Renault ZOE etc. sedans) rather than SUVs. There may also be a cost factor. They wanted to get something into the market at a starting price competitive with Golf in order to gain the scale that they need to make the whole thing work. Provided that plan works, they will be able to add crossover (SUV) body styles in the first half of the next decade,” Bedwell said.

“The ID.3 will be a kind people’s EV. And then there’s the ID.Crozz, an SUV that’s a bit more expensive than the ID.3 with exactly the same running gear. It will be an ID.3 on stilts effectively and there won’t be a massive price differential.” Urquhart said.

He pointed out that even new electric cars like the Honda e and Vauxhall/Opel Corsa e, unveiled too at the Frankfurt show, were all about the same price as the ID.3, but were much smaller.

“Then the electric cars will be badge engineered across the Volkswagen group, to drive the economies of scale and drive prices down and make them attractive to customers,” Urquhart said.

But even though these new electric cars are impressive products, they have many drawbacks compared with conventional vehicles. They are much more expensive, at least currently, while the charging infrastructure is too thin, and potential buyers who don’t have driveways

or live in apartment blocks won’t be able to home charge.

And Volkswagen has a sales target for battery electric vehicles of 25%, while other big carmakers aim for slightly less. This compares with IHS Markit’s prediction that battery electric sales will only reach 10.2% of global sales in 2025 and 14.8% in 2030. If these projections are accurate, VW will have big problems, and other European manufacturers too.

Bearish forecast
“This bearish forecast means trouble for VW and for all of them. In Frankfurt, VW and others were bragging about the 30,000 euro ($33,000) price point but that is very expensive. They’ve got to sell these cars to normal people who aren’t early adopters who look at the value proposition. VW has made a bigger bet than anybody after boxing itself into a corner with dieselgate,” Urquhart said.

In September 2015, VW admitted using software in 11 million diesel vehicles to cheat emissions test, and this has cost the company about $33 billion so far. Cynics say VW threw itself into leading the way on electric vehicles to signal a bit of virtue.

“All manufacturers are in the same boat. Some have committed to a greater extent than others but they’ve all got meaningful electric strategies and need to make them a commercial success, and that will be very difficult,” Urquhart said.

“Like IHS, our BEV forecast for VW is considerably lower than their most recent projections which look unachievable to me unless we see a step change in cost over the next few years and a faster deployment of the charging infrastructure than we currently expect,” Bedwell said.

Professor Ferdinand Dudenhoeffer from Germany’s Center of Automotive Research (CAR) had nothing but praise for VW’s electric ambitions.

“The ID.3 is a great car. And it starts at 30,000 euros – the same as the Opel Corsa, which is smaller and just an electric engine in a conventional car. In my point of view, VW will have the best chances to become No 1 in battery electric vehicles (BEV). Look at the (VW subsidiary) Porsche Taycan. Look at the pricing power of VW. And of course there will be BEV-SUVs, however, for a big start you´ll need an attractive car with an appealing price,” Dudenhoeffer said.

Investment researcher Evercore ISI also liked VW’s electric plans. By 2022, VW will offer battery electric models across all model categories and across all brands, and will sell 500,000 globally, of which 300,000 will be in Europe.

“VW are clearly early to the market when it comes to large-scale electric mobility, and there are still big question marks about customer acceptance and the value chain. However, we think that given the scale, the global reach, the brand equity and the opportunity to drive efficiencies and cash flow, the company is pushing the right strategy,” Evercore ISI said in a report.