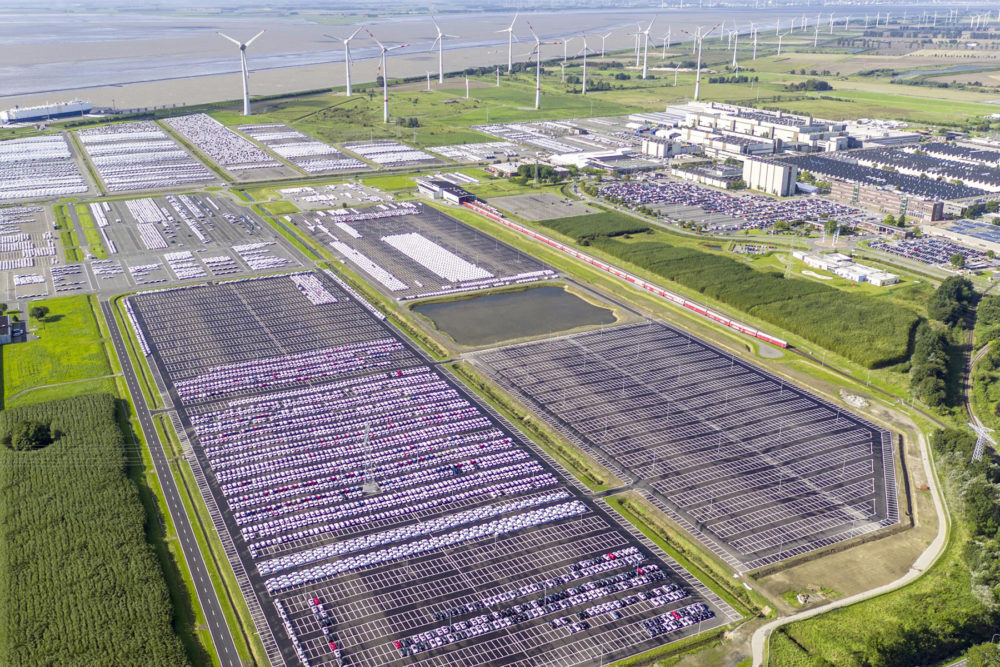 The Volkswagen plant in Emden

Volkswagen tried to put a brave face on its prospects for this coronavirus threatened year, saying 2020 will be very difficult, but nonetheless it still expects 4% higher revenue growth on flat sales, while operating profits should reach between 6.5 and 7.5.

“Given the present significant deterioration in the sales situation and the heightened uncertainty regarding parts supplies to our plants, production is to be suspended in the near future at factories operated by Group brands, chief executive Herbert Diess said.

The revenue and profit margin targets were VW targets which it restated Tuesday.

Some production has been resumed in China.

“2020 will be a very difficult year. The corona pandemic presents us with unknown operational and financial challenges. At the same time, there are concerns about sustained economic impacts, said chief financial officer Frank Witter.

Stockbroker Asktraders was impressed by last year’s performance, but was sceptical about 2020.

Defy downturn
“Volkswagen was able to defy an industry downturn last year thanks principally to improvements in its mix and price positioning, posting an impressive 22% increase in operating profit. However, no amount of strong strategic positioning is going to help the car makers in the first two quarters of this year,” Nigel Frith, senior market analyst at Asktraders said.

“Right now, the outlook is all that the market cares about. Yet given the unprecedented conditions, that is what Volkswagen is unable to give. If there was a way of quantifying the hit, investors would be able to draw a line under the coronavirus impact. Given that this is still impossible, fear could continue to drive the share price lower over the coming weeks,” Frith said.

VW shares jumped 2% to 110.35 euros on Tuesday, while the STOXX Europe Auto Index was barely changed at around 284.

“The report today re-affirms the view that VW is structurally moving in the right direction even if the macro-economic environment is uncertain. We believe this will support VW’s continued outperformance vs peers and reiterate our Buy rating,” Citi Research analyst Angus Tweedie said.

Norddeutsche Landesbank Girozentrale analyst Frank Schwope said the coronavirus crisis will worsen in coming months, which will lead to delivery bottlenecks, production bottlenecks, but also a sharp fall in sales, which Volkswagen will have to catch up with by the end of the year. VW’s sales will dip under 10 million this year, and will have a corresponding impact on profits.

“We reduce the price target for Volkswagen preference shares to 100 euros and confirm our “Hold” investment judgement. Hope dies last and the hope is that the global crisis will culminate in the summer,” Schwope said.