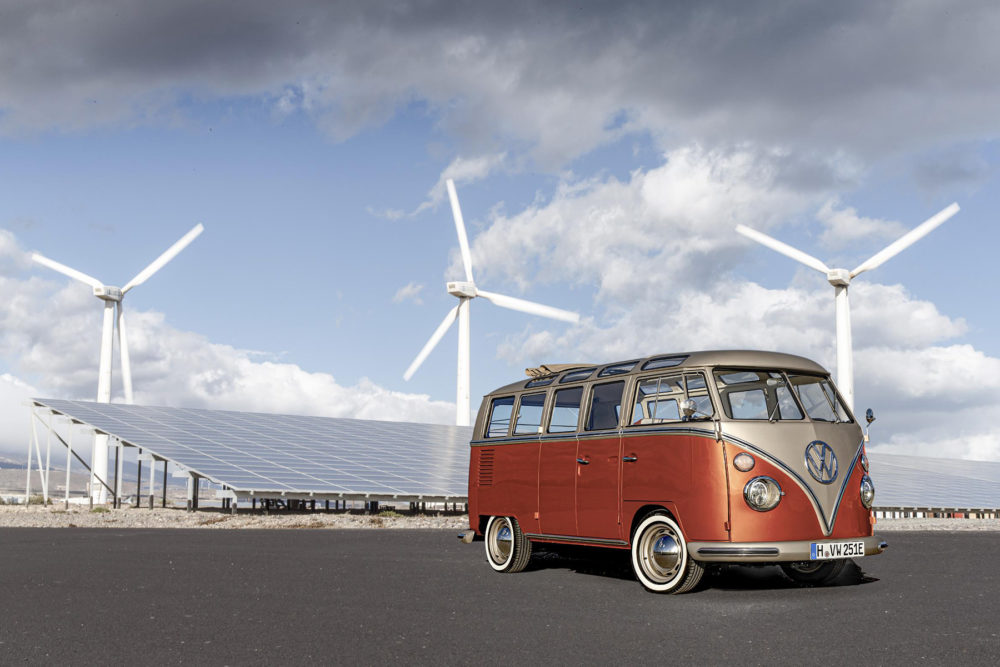 “Consumers still prefer an electric Audi, BMW or Mercedes over a Tesla. The key issue is that these brands still lack competitive products, which could change in 2021”

Volkswagen will become the first global automaker to make money selling battery-only electric vehicles (BEVs) with profits kicking in from 2022, according to a report from Swiss investment bank UBS.

That might raise eyebrows at General Motors, which last week at its EV day said its electric vehicles will be profitable, but didn’t say when.

Sales of battery-only cars and SUVs will accelerate to more than 15% of the global market by 2025, while Tesla’s position as the world’s most desired electric vehicle will come under pressure from German competition, UBS said.

The prediction for VW will also be welcomed by investors, given that the company plans to spend $36 billion through 2024 on a family of electric cars right across its mass market brands. But the UBS prediction, of 15.6% to be precise, still falls short of VW’s sales expectations. VW has said by 2025, at least 25% of its global sales will be BEVs. And another cautionary note for VW and other electric car wannabes, UBS’s forecast is much stronger than most.  Morgan Stanley expects BEV sales to rise from about 2% globally last year, to only 11% by 2025, which is around where most other forecasters sit.

IHS Markit predicts a BEV market share of 14% in Europe for 2025, implying a much lower total for global sales.

The UBS report is also bad news for plug-in hybrid electric vehicles (PHEVs), which will only account for 1.4% globally by 2025. These vehicles, which typically have a smaller battery than the BEVs and can offer only about 30 miles of electric only range before switching to gasoline or diesel power, are not favored by EU regulators because they allow drivers to ignore the electric component and mainly drive on the internal combustion engine. And in Europe, they are seen as incapable of meeting stringent fuel efficiency rules which demand an average 92 miles per U.S. gallon by 2030.

Most favored Tesla
UBS said, in a survey published with its forecast, Tesla remained the most favored electric car brand, with 36% of potential BEV buyers considering one, while the upcoming Model Y and Cybertruck models push its technology leader status. But that could change soon.

“In a head-to-head comparison, consumers would still prefer an electric Audi, BMW or Mercedes over a Tesla. The key issue is that these brands still lack competitive products, which could change in 2021,” the UBS report said.

BMW unveiled its i4 concept BEV last week, for launch in 2021. Mercedes and Audi are gearing up for more premium electric cars and SUVs.

UBS said investors are cautious about electric vehicles because upfront investment cost is high, demand, despite this positive report, is uncertain, and costs initially will eat into profit margins. VW is in pole position to challenge Tesla, with its mass market aimed ID.3, expected to go on sale late this summer. It has also shown its planned electric SUV, the ID.4, for sale next year.

Meanwhile there have been reports about production problems with the launch of the ID.3, according to German investment bank Norddeutsche Landesbank Girozentrale. Automotive News, quoting Germany’s Manager Magazin, said this is down to “massive software glitches”.

UBS thinks the ID.3 will deliver profits for VW.

“A winning EV is a combination of an acceptable range – 280 to 310 miles – at a price point roughly on par with equivalent conventional cars, as proven by Tesla’s success. We think VW is the first global incumbent (manufacturer) to deliver such product and herby climb the scale curve fast. Consequently, VW should be the first incumbent to make money with BEVs. Premium (manufacturers) lack scale in BEVs and are unlikely to close the technology/performance gap to Tesla soon, which bears the risk of unprofitable EVs and the loss of market share,” the report said.

VW said the ID.3 launch will go ahead as planned this summer, but it declined to more precise.