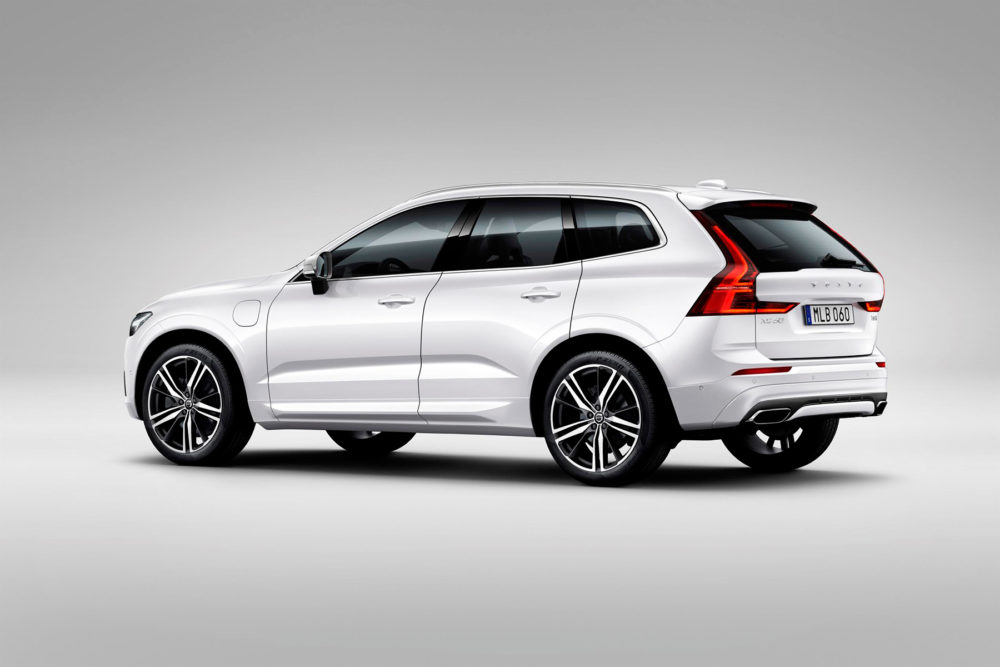 “If you’re prestige hungry you will buy BMW and Audi and Volvo is not seen in that company. It appeals to buyers looking for function and safety”

Volvo’s new XC60 compact SUV goes on sale in the U.S. in August, and you might be surprised to learn that it is powered by the hated internal combustion engine.

The media was full of the news last month that Volvo was apparently dumping gasoline and diesel in favor of the planet and electric propulsion. That turned out not to be the case. It was merely a loose claim by Volvo, misinterpreted by many in the media. In fact, after 2019 any new Volvo launched will have an element of electric power, either battery-only or petrol electric hybrid. The gasoline engines continue for the foreseeable future, as do the diesels in Europe.

In the U.S., Volvo has been treading water for years with its undoubted fans waiting patiently. The new big XC90 appeared a couple of years ago and since then Volvo has upped the pace of new launches with the S90 sedan and V90 wagon. Later this year comes the small V40 sedan, but the brand’s biggest seller in the U.S. has been the XC60, and  the new one marks the peak of the turnaround.

The new XC60 will be available with three power train choices – 250 hp with the choice of front-wheel drive or all wheel drive, 316 hp all-wheel drive only, or the top of the range 400 hp 4X4 plug-in hybrid. All engines are of two liters and 4-cylinders. In Europe of course there are still diesels available. In the U.S. prices start at $41,500.

For Gothenburg read Carnegie?
The new XC60 is lower, wider and longer than the old model, and looks very much like a junior XC90. The big selling point will be its advanced safety features including automatic braking, and a new system which helps avoid collisions with oncoming vehicles by steering the wayward car back into its lane. The XC60 has uprated steering to give it a better feel on the road, but given that the traditional Volvo buyer is probably more interested in comfort and security, the sound system may turn out to be its biggest selling point. In Europe, Volvo says in its higher priced versions the quality of the Bowers & Wilkins sound system with 15 speakers and 1,100 watts of power gives the same quality as the best seats in the Gothenburg Concert Hall. Given that Gothenburg claims probably won’t help U.S. sales much, maybe Volvo will choose New York City’s Carnegie Hall, Philadelphia’s Kimmel Center or perhaps the Orpheum Theater in Phoenix.

Volvo is now owned by Zhejiang Geely Holding of China which bought it from Ford in 2010, and it has made impressive financial progress recently. Volvo increased operating profit in the first half of 2017 by more than 20% to $820 million compared with the same period last year. Its profit margin increased to 6.8% from 6.6%, as global volume advanced 8% to 277,641.

Go down well
Kelley Blue Book analyst Jack Nerad thinks that target might be a tad over-ambitious, but is impressed with Volvo’s progress and reckons the new XC60 will go down well in the U.S.

“800,000 is a tall order, particularly as the auto market globally is slowing a bit. China has cooled off and the U.S. has peaked although it’s not predicted to fall very much. At the same time the XC60 is perfect for the U.S. which is definitely a crossover market. I think 700,000 to 750,000 is a more logical for annual global sales,” Nerad said in an interview.

Volvo is also opening a factory in South Carolina next year to build SUVs but initially XC60s will be made in Sweden. The U.S. factory will help Volvo in terms of easier supply and profitability will be enhanced by building outside of expensive Sweden, Nerad said.

Will “made in America” be a positive marketing tool too?

“That is a double edged sword. Buyers like the fact that it’s made in Sweden. A significant percentage of BMW’s and Mercedes are built here in America, yet that is kept virtually hidden from the general public and is not advertised as built in the U.S.,” Nerad said.

Volvo has been trying for years to attain German-like premium brand status and the fat profits that go with it. Its big XC90 has been highly successful in Europe mixing it with the Germans. Is it likely to achieve this in the U.S.?

Not broken through yet
“Yes it’s been trying for a long time and it’s been solidly in the middle but Volvo hasn’t really broken through in the upper echelons in the U.S. I think they are moving in that direction, but this vehicle won’t get them there. It (the XC60) will gain a lot of attention but won’t displace Lexus, BMW, or Mercedes in people’s minds. The XC90 hasn’t done it in the U.S. If you’re prestige hungry you will buy BMW and Audi and Volvo is not seen in that company. It appeals to buyers looking for function and safety,” Nerad said.

“I like the XC60.  It is well-styled; the interior is properly rich with nice design and materials, and the various powerplants available – primarily gasoline and gasoline-hybrid in North America, should play well. The segment is now littered with contenders.  The Lexus NX, Audi Q5 and BMW X3 are the three leading models in U.S. sales through June. The XC60 won’t reach their level, but it should be a significant contributor to Volvo’s North American sales,“ he said.