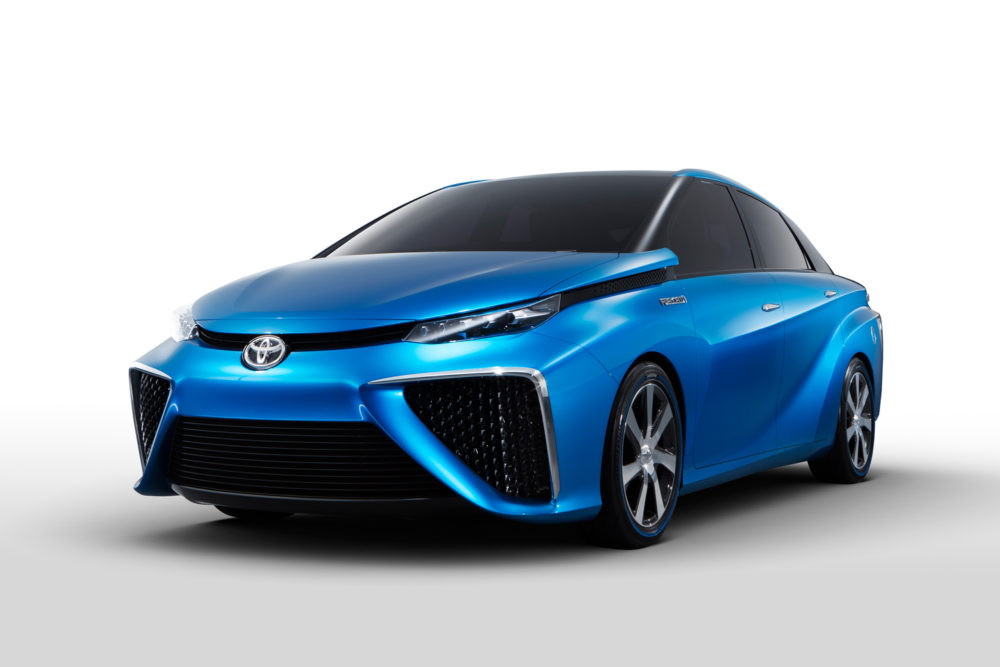 “This is a dead end technology and (the manufacturers) are foolishly wasting their time. I can’t explain it. It doesn’t make any sense”

Toyota’s launch of the Mirai fuel-cell powered car at the Los Angeles car show was greeted by “game-over” victory shouts by some alternative technology advocates saying battery-only powered cars have been driving down a dead-end street.

Not so, say the battery-car proselytizers, who wonder why Toyota, and to a lesser extent Honda and Hyundai, have wasted so much time and money on a technology fatally undermined by sky-high production prices, the need for scarce commodities like platinum, questions about safety, and the lack of a hydrogen infrastructure.

At the show, Volkswagen joined in the fuel cell rush, unveiling its Golf SportWagen Hymotion concept car. Its subsidiary Audi did the same with the A7 h-tron. BMW has hydrogen cars on its backburner, as do all the big car manufacturers.

Critics of batteries tend to be matter-of-fact in their criticism of the technological limits, led by range-anxiety and price doubts. Fuel cell critics tend to be much more strident, led by Tesla Motors CEO Elon Musk with his famous quote that “fuel cells are so (BS). Hydrogen is suitable for the upper stage of rockets but not for cars”.

One way for cynics to explain away Toyota’s big spending on fuel cells is the availability of money from governments eager to placate voter’s call for spending on environmentally friendly projects. Companies too are eager to show that they are committed to green policies, even though they probably would concede that many have no chance of success. And there is the fear of being blind-sided by a sudden technological development. This spending is often completely at variance with actual likely demand for new technology cars which can only begin to move off dealer lots unless backed by copious amounts of taxpayer dollars.

If there is an area of agreement in the argument about what will replace the internal combustion engine (ICE), it is the consensus that there won’t be one for the foreseeable future. ICE engines will remain the overwhelming choice for maybe the next 50 years, unless fossil fuels run out before.

Fuel cells barely register
As for the more immediate future, a report by consultancy IHS Auto is respected by many. This said that by 2020 regular hybrids and plug-in hybrids (PHEVs) will account for almost five per cent of global sales compared with less than one per cent for electric only vehicles. By 2025, battery-only will have slowly expanded to 1.5 per cent, while PHEVs and hybrids will push just past six per cent. Fuel cell vehicles will barely register at all by 2025. So about 92.5 per cent of cars in 2025 will be fossil-fuel powered.

“I have not seen any evidence to undermine the IHS projections. Fuel cells are likely to be a very small percentages of global sales,” said Art Wheaton, senior lecturer at Cornell University’s ILP School.

Wheaton said (ICE) power is likely to remain dominant for the next 50 years and will continue to be the fuel of choice until fossil fuel supplies run out. Electric cars are flawed, but he doesn’t see much future in hydrogen power either.

“Most automotive experts do not believe that pure electric vehicles are the long-term answer. The same problems that faced electric cars over 115 years ago are still the same today. Batteries are heavy, expensive and do not go very far,” Wheaton said.

Heavy and complex
Toyota, and the big car manufacturers aren’t sure what will replace ICE power. Hybrids are heavy and carry around complex and costly redundant propulsion systems. Fuel cells are problematical because harnessing hydrogen is not simple or cheap.

Why would Toyota and others pursue fuel cells then? Government subsidies.

“Public policy has forced Toyota and others to develop electric cars and hybrids, not consumer demand,” Wheaton said.

“Fuel cell vehicles are seen as the long term future for the auto industry but cost of development is prohibitively expensive and seen as only surviving the short term with subsidies,” Wheaton said.

Peter Schmidt, editor of British-based newsletter Automotive Industry Data, believes the Toyota Mirai in particular and fuel cell cars in general will mark the end of the road for battery cars.

In an editorial headlined “Toyota’s fuel-cell powered Mirai – nail in electric coffin?”, Schmidt said the company had already decided to by-pass battery-only cars as a fleeting stop-gap, in favour of hybrids and plug-in hybrids.

“Yes, Mirai’s future commercial success is totally dependent on the future distribution of hydrogen fuel. On this issue too, Toyota’s hybrid-tested visionaries have a viable plan readily to hand. This is indeed a bad day for pure electric and all those who bet the house on them. No wonder Daimler cashed its Tesla shares,” Schmidt said.

When it unveiled the Mirai, which means “future” in Japanese, Toyota also announced plans to kick-start hydrogen infrastructure with other auto manufacturers. A couple of months ago Daimler sold its four per cent stake in Tesla, but said it will continue cooperation deals.

Doubters line up
But fuel cell doubters lined up to question the future of hydrogen vehicles.

London-based Evercore ISI analyst Arndt Ellinghorst, in a report entitled “Fuel Cells or “Fool” Cells?” was puzzled by Toyota’s Mirai plans given the progress made by companies like Tesla.

He couldn’t see why car buyers would go for fuel cells over a battery-only vehicle. Fuel cell vehicles are expensive and are loss leaders for their manufacturers. Costs of hydrogen to refuel are much higher than electricity.

“Following our detailed dive into FCEV technology, our overriding conclusion is that with the exception of re-fuelling time FCEVs hold no clear advantages. When we look ahead to 2020 and 2025, independent research suggests that FCEVs will offer few advantages over BEVs from a consumer cost of ownership perspective and will be less efficient on a well to wheel basis,” Ellinghorst said.

Battery expert Donald Sadoway, Professor of Materials Chemistry at the Massachusetts Institute of Technology (MIT) is even more dismissive of fuel cells.

“This is a dead end technology and (the manufacturers) are foolishly wasting their time. Where are they going to get the hydrogen from? It’s absolutely nuts. Who installs the infrastructure. You can’t send it down a natural gas pipeline. You need to have an entirely new infrastructure. I can’t explain it. It doesn’t make any sense,” Sadoway said.

Sadoway also has an interest in a battery technology company, working with Dr Qichao Hu at startup SolidEnergy. This company is developing battery technology which can double the running life of smartphones and laptops, and which could eventually find its way into cars.

Transforms
The improvement is to lithium batteries, which will be able to operate safely at higher temperatures. This will cut costs, save weight and lengthen life because they won’t need the elaborate cooling systems current lithium-ion batteries need.

“There are two major innovations that make this battery far superior to lithium ion – lithium metal in the negative electrode and a polymer membrane that acts as both electrolyte and separator. This transforms energy density by huge amount,” Sadoway said.

If the technology can prove itself as suitable for cars, Sadoway predicts a big upheaval in battery-car appeal.

“It could have a huge impact on cost and service lifetime which would then make the all-electric vehicle much more mainstream. Right now, it’s for early adopters and the Tesla is only for ultra-rich people. This would also have a huge derivative impact by even depressing demand and the price of petroleum ,” Sadoway said.

Grim
“Based on a projection of today’s technology, with improvements like Tesla’s giga-factory which might bring down costs by about 30 per cent from today, this will have minimum impact on the market place. But a radical breakthrough will mean you can throw out those forecasts,” Sadoway said.

Sadoway sees another, grimmer and ominous obstacle to the future of fuel cells because of the dangerous nature of hydrogen.

“When you see the first collision between hydrogen vehicles, then we’ll see the end of it,” Sadoway said.

VW Should Employ More American Chiefs For Success In U.S.
Europe Car Sales Will Slow, But Profits Will Benefit From Cost Cuts