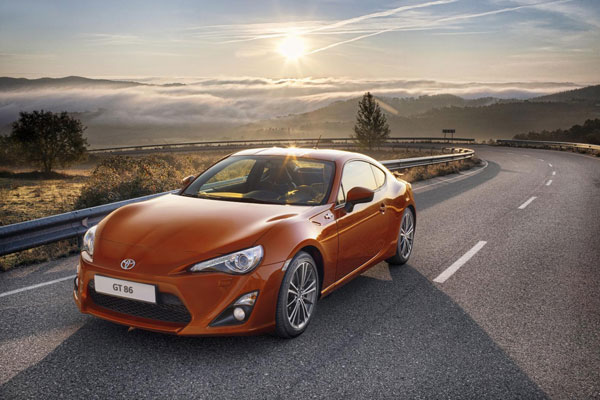 At last Toyota has replaced the MR2 after a six-year hiatus. In Europe there hasn’t been a sporty Toyota since 2006 and the Supra actually finished in 1996.

Some will buy a GT86 type of car purely on mage with little interest in driving dynamics while the enthusiasts will buy a small sports car on the basis of performance and handling regardless of brand. There are also the early adopters who will buy the latest or the most fun.

There are some impressive competitors in this sector, including the Audi TT, BMW Z4, Mercedes-Benz SLK, Porsche Boxter and Porsche Cayman. Other rivals which may not be so expensive but excel on handling and fun are the Mazda MX5, the Nissan 370Z and now the joint venture Toyota GT 86 and Subaru BRZ. 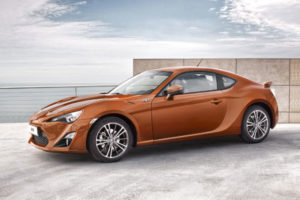 To European observers the Japanese manufacturers market their sports cars in a strange way. They create a desirable sports car, build substantial sales and a satisfied customer base and then drop the car concerned without replacing it. Examples are the fabulous Honda S2000 and, of course, the Toyota MR2, Celica and Supra.

Toyota has now replaced the MR2 and in some ways has made a very good job of it.

The mechanics are identical with 200 PS, horizontally opposed 4-cylinder Subaru designed engines, MacPherson strut front and double wishbone rear suspension, rack and pinion steering and ventilated discs all round. The only difference is suspension settings, the Subaru stiffened at the front which tends to reduce roll but hardens ride. They are both rear wheel drive, a different approach to Audi’s front or four-wheel drive TT.

In the Japanese way of production efficiency the Toyota GT 86 comes with but one engine option with 6-speed manual or automatic transmission. The TT on the other hand is offered with five different petrol engines of four or five cylinders and one four cylinder diesel plus an enormous options list. 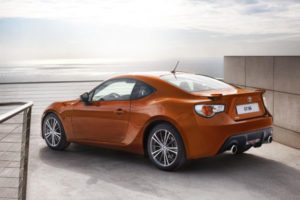 No turbo- charger, so no torque
The Japanese don’t seem to rate turbo chargers for their sporty cars and the GT86 is no exception with the result that it has only two-thirds the torque of the 211 PS TT. This means it has to be rowed along on the gearbox just like the old Honda S2000, which I suppose makes it a young person’s car. This is not quite such a problem with the automatic option, which despite its rather clunky lever action is silky smooth and responsive.  If you are prepared to drive the manual hard, it is very rewarding although you will find yourself breaking the speed limit in no time. The 2.0 turbo in the TT on the other hand is all creamy torque, pulling strongly from low revs in high gears.

Performance wasn’t actually at the top of the Toyota engineers’ list of priorities – they were looking simply for fun just like Mazda with its MX5. Toyota have fitted relatively low grip tyres to encourage hanging the tail out, possible thanks also to the rear wheel drive.

The GT86 is certainly fun on a nice twisty road with some long sweeping bends, coming alive with amazingly responsive steering, neutral handling with the option of oversteer and reassuring brakes. You certainly finish your journey with a smile on your face. Having said that, the engine noise isn’t particularly pleasant and can be wearing on long journeys. Taking a quote from my youth, the Toyota GT86 tends to be ‘all noise and no poke’ and I was rather surprised to see that my 7-year old Vauxhall Vectra diesel has a maximum speed 5 mph higher and a very similar 0-62 mph time with 50% better fuel consumption. Mind you, across the twisty stuff I think the GT86 might just about keep in front! 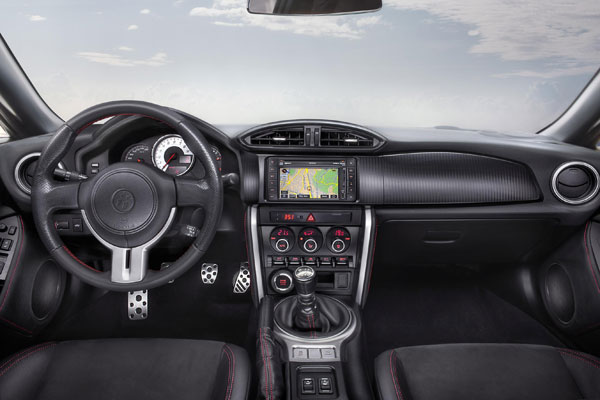 Despite £1,600 worth of leather and Alcantara upholstery the interior is really a bit drab and down market in appearance although well put together with no creaks or rattles.

If only Audi and Toyota could collaborate and produce a car with the steering and turn-in of the GT 86 and the ambience and creamy torque of the TT. It would be unbeatable.

Appearance is personal but the GT86 certainly looks like a sports car and the one I have been testing certainly caused some very positive comments from all ages. 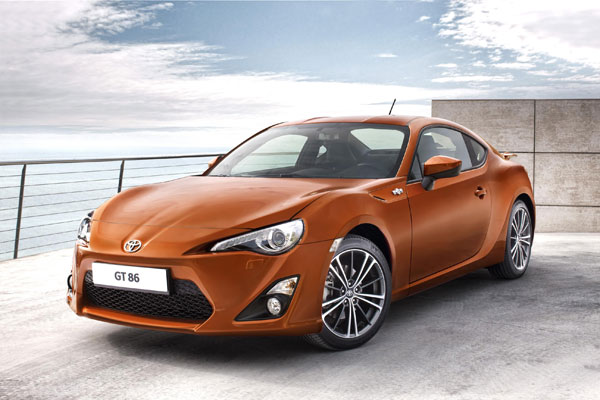 Peugeot Losses Could Hit €1.5 billion in 2012
Mercedes A Class video