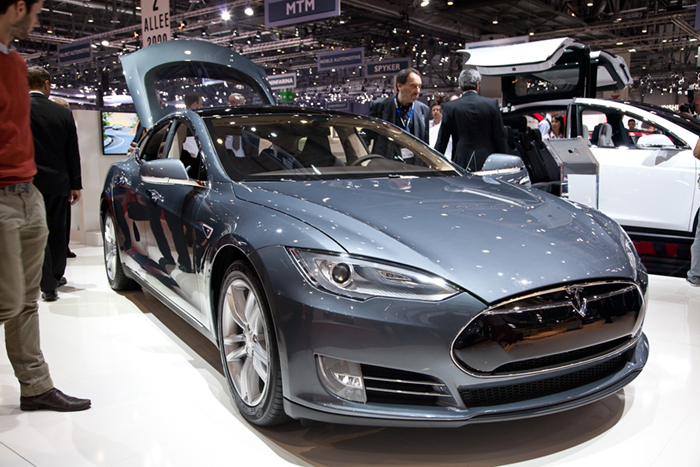 How Far Will Tesla S Go On Unlimited German Motorways?

Is It Too Late To Give It A Range-Extender?

The game has been up for Tesla and its ilk since the day General Motors unveiled its Chevrolet Volt with the so-called extended range electric technology.

The Volt’s technology meant that you could, at a price, have a decent range (35, 40 miles?) of electric-only and therefore CO2-free driving, without finding yourself stranded by a sudden shortening of the battery range because the temperature dropped or the hills were steep or you offered some fat people a lift or you momentarily forgot that even though you’d paid $100,000 for a car that looked like a super-car and had theoretical super-car performance, you could only drive in the slow lane with the trucks if you didn’t want to get stranded by a flat battery.

Extended range electric cars use a small internal combustion engine to generate electricity when the battery runs out of juice, and mean that the Volt and its European counterpart the Ampera, have the effective range and performance of a regular petrol or diesel car. Only an environmental zealot would think it was a good idea to pay a huge amount of money for a battery-only car with limited and unpredictable range like the Tesla and Nissan Leaf, when for roughly the same (Leaf) money you could have a Volt. With the advent of the Volt/Ampera, and now the Prius plug-in hybrid, battery-only vehicles have nowhere to go. Well, maybe down to the shops and back if you put a battery in a golf cart. If a battery with twice the range and half the price was invented tomorrow, that would transform Tesla/Leaf prospects. It won’t happen tomorrow, and it’s doubtful in the next couple of years.

This realisation that battery-only cars with current technology are going nowhere thanks to the Volt helps to explain the over-the-top reaction of Tesla CEO Elon Musk to the New York Times road-test of a Tesla Model S, which stranded the reporter, John Broder. His report, “Stalled Out on Tesla’s Electric Highway”  (New York Times Feb 8, 2013) described how his Tesla Model S failed to deliver the range shown on the car’s dashboard because a severe bout of cold-weather depleted the battery. He was forced to turn off the cruise control, the heater and air conditioning in a vain attempt to reach a schedule recharging stop. Broder failed to reach the destination and had to be rescued by a truck. Cue some heavy-handed reaction from Tesla, which accused Broder of faking his report, and seeking to induce battery-failure. Tesla also accused him of breaking the speed limit because it was monitoring the test car’s data at its HQ. Broder denies this in a follow-up story – “That Tesla Data: What it Says And What It Doesn’t”  (New York Times Feb 14).

Ever since it became clear from Tesla’s own admission that all its range date was acquired at 55 mph, a New York Times-like story was guaranteed. For all its technical brilliance, beautiful looks, fabulous performance, and reportedly amazing handling, the Tesla remains short of a crucial component; that auxiliary engine needed to save the dying battery. Could it, and the Nissan Leaf, be re-launched with this technology, I wonder? And Tesla can’t have done itself any favours by picking a fight with the New York Times, which had reported fulsomely about its early experience with the car. Accusing the reporter Broder of fakery, who then meticulously refuted the accusations and is an experienced operator, isn’t going to help the case for this flawed project.

The Tesla is launched in Europe this year. I wonder how the car will react to conditions in Germany, where if you drive it like the super-car it purports to be, you can’t be reported by Tesla for breaking the law on the long, unlimited stretches of highway?

Fiat Said To Be Over-Valued Compared With Germans
Can Fuel-Cells Overtake Batteries In The Race To Be Green?