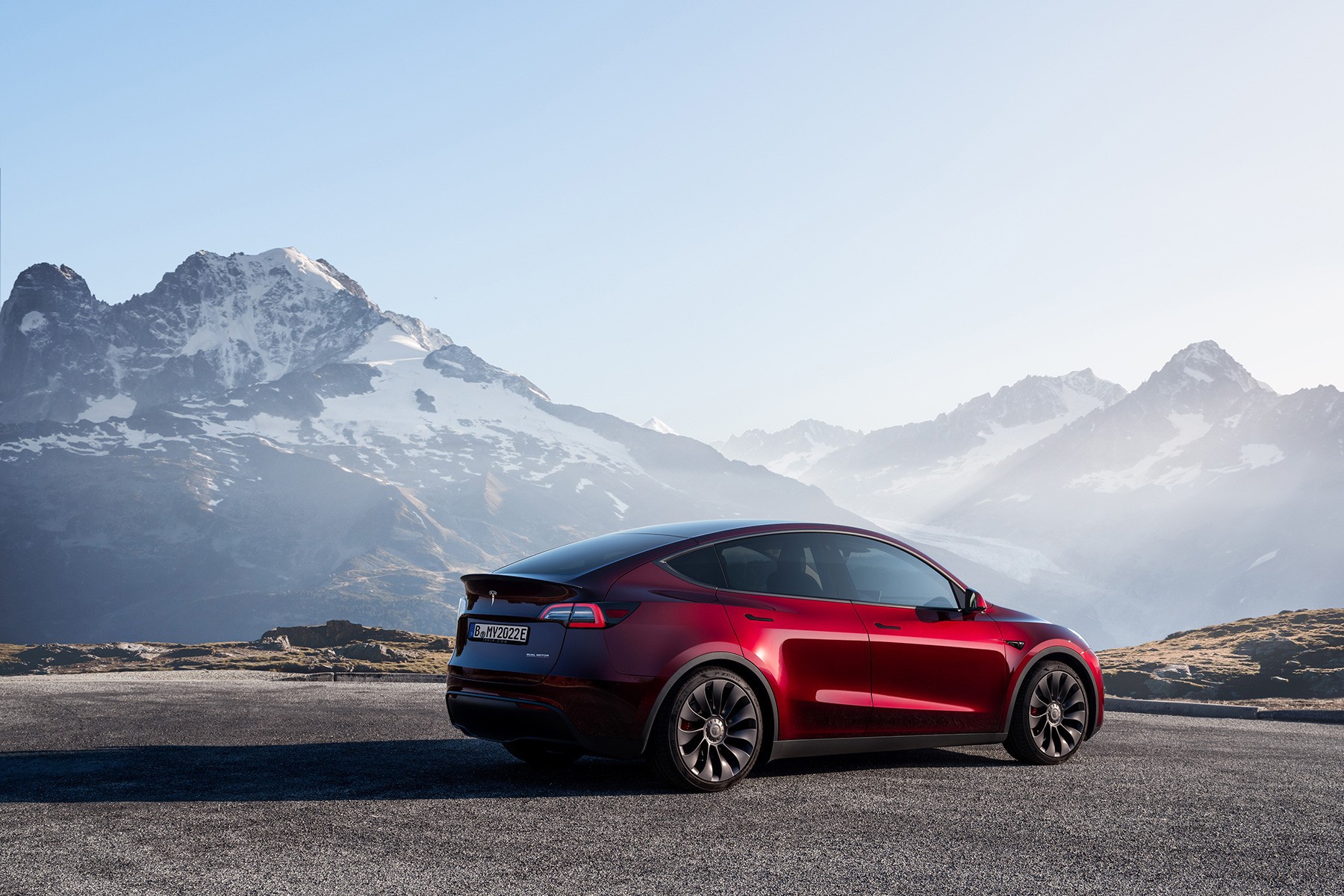 Tesla claims the battery on its Long Range Dual Motor version will charge up to 331 miles, and to my shock it was as good as its word, providing an average 327.5 miles from my home wall box. I’d expected its fast-lane performance to make it an easy, outright leader of my data box of what is a collective of electric car shame. But over my usual test run simulating the kind of extended speeds you’d need on a race to the sun of southern France or Spain, the Model Y shed promised range at an alarming 45% to end up in 3rd place with 180 miles. That’s behind the Model 3 leader with 239 miles, and the Kia Soul (205 miles). 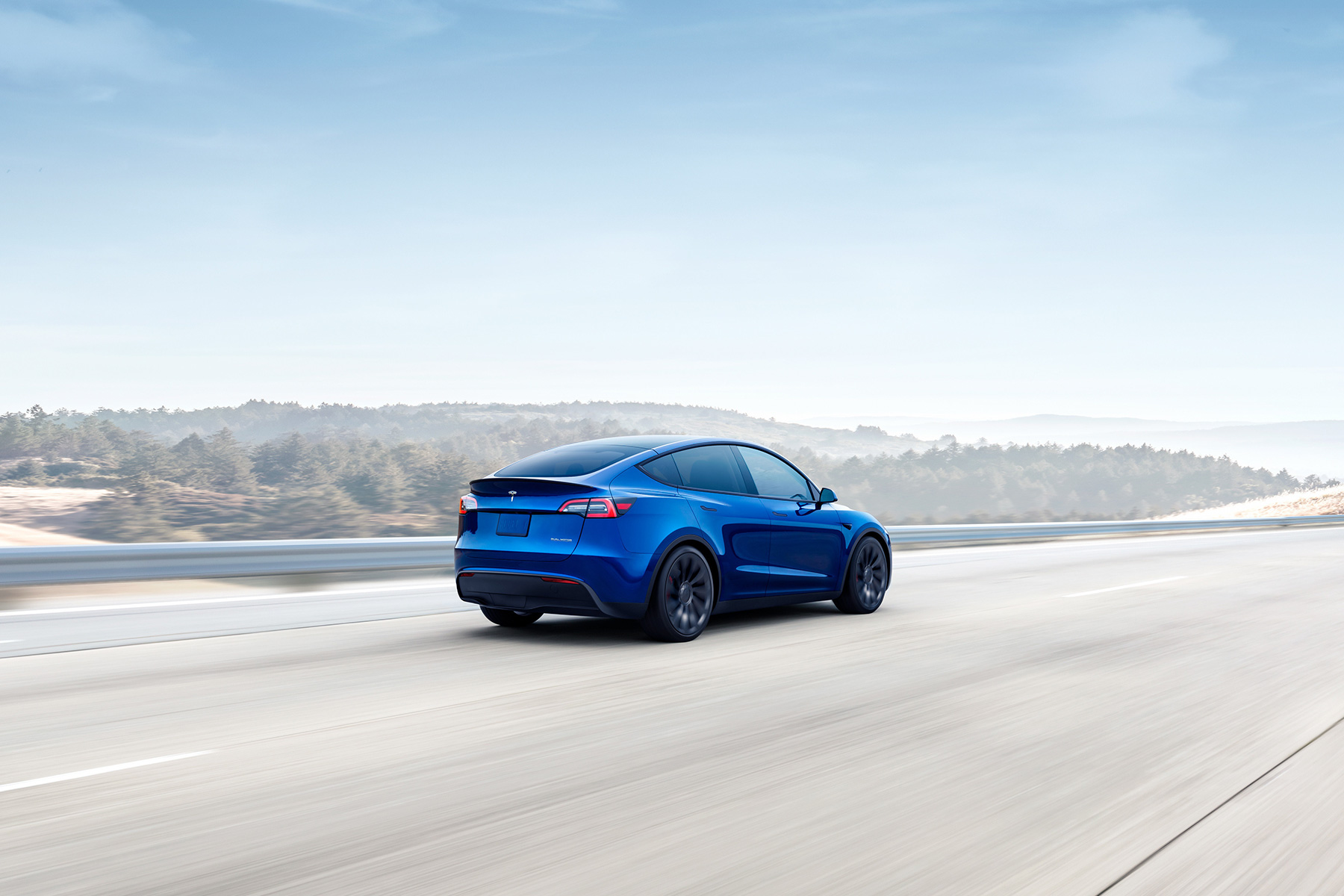 It’s hard to explain the difference given the technical similarity with the Model 3 and conditions weren’t particularly severe over a couple of test runs. My guess is that because the performance of electric cars is especially handicapped if they have poor drag or streamlining, the much higher profile of this SUV probably accounts for the poor highway range. This reminded me of a couple of encounters I had with Tesla CEO Elon Musk. At a press conference at a Geneva Car Show way back when, I’d asked him how the company measured the range of the cars. What average speed did it assume?

“All our data on range assumes a speed of 55 mph,” Musk said (wintonsworld.com/electric-tesla-will-go-300-miles-if-you-poodle-in-slow-lane)  in reply to my questions, which was accompanied by the full eyeballing of contempt and impatience. My story said you would easily be able to spot a Tesla on Europe’s highways. It would be the only fancy, expensive car in the slow lane with the trucks. 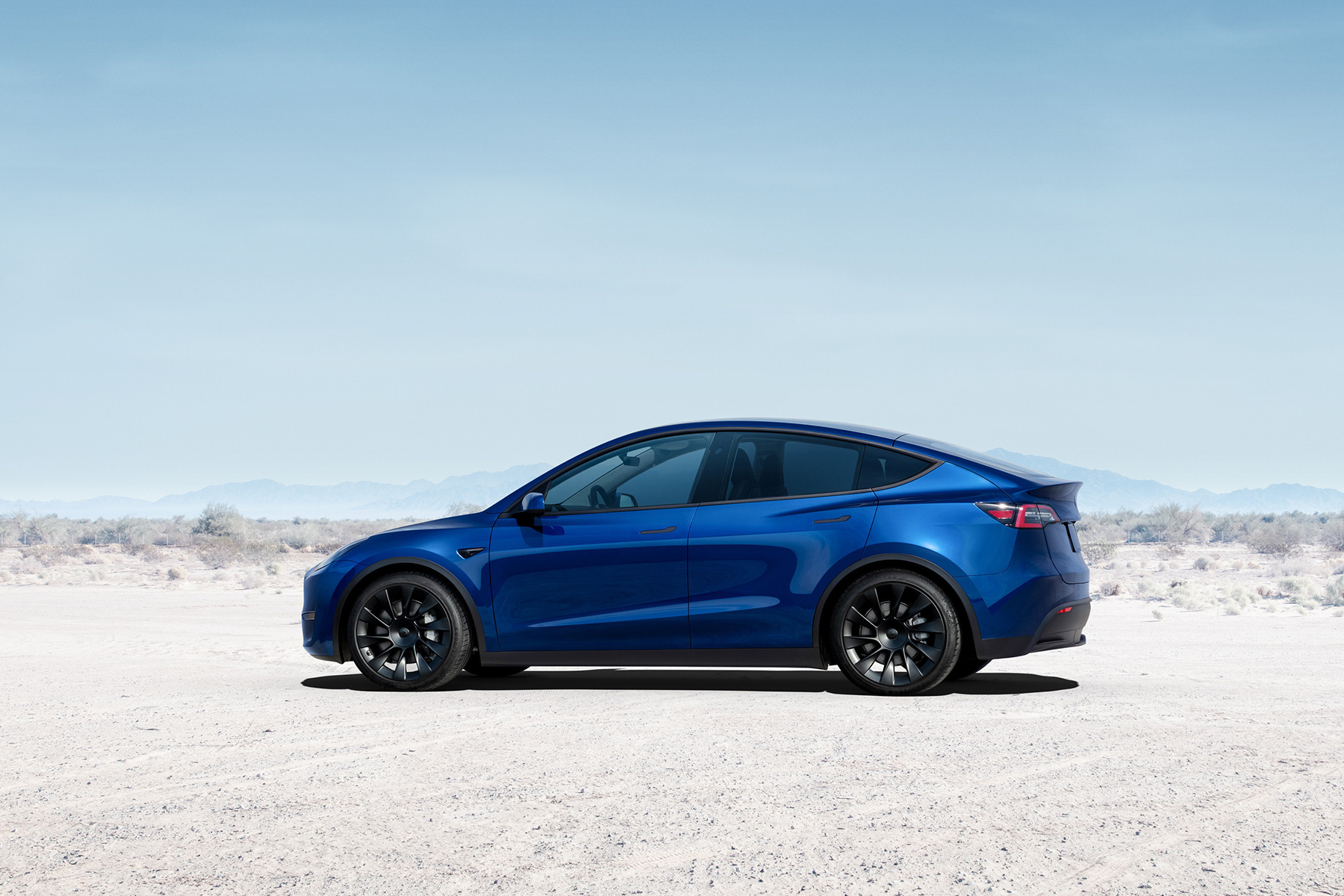 That was then. Musk is now a hero of the new automotive industry for his spectacular achievements and is now venturing into the even more dangerous world of Twitter and free speech. For what it’s worth, I support that long-overdue venture.

That’s not to take anything away from my overall ***** perception of the car, which has now arrived in Britain from the Tesla factory in Shanghai, China. It was one of those cars which you feel immediately at home behind the wheel. The steering was tight and accurate, and the car felt absolutely stable through fast corners. The suspension might be too harsh for some tastes, and this is always exaggerated by the 3rd world state of Britain’s roads. It must be lovely to drive on autobahns. The interior is stark, practical and minimalist. Reports that Tesla quality was somehow less than German, I found to be false. 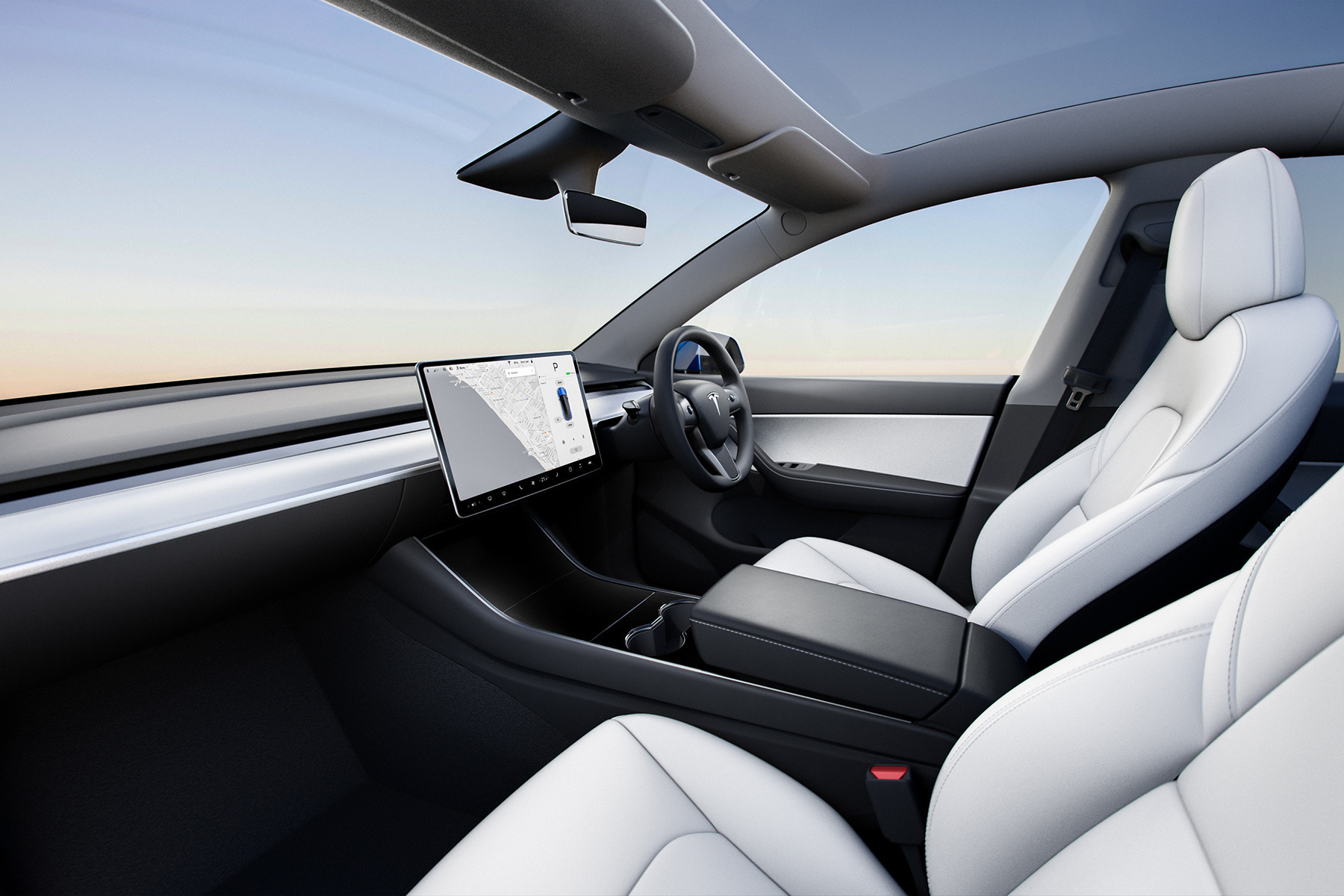 Thanks, Dr Google
The huge 15” screen controls all the action usually covered by buttons and switches in normal cars and that takes a bit of getting used to. There were a couple of embarrassing moments when I realised I didn’t know how to start the thing. There’s no starter button. A quick consultation with Dr Google revealed you have to wave a plastic card over a certain, unmarked area. The car then bursts into life, or rather the screen lights up. The wipers were a mystery for a while. How do you open the recharging flap? Can you set the amount of charge you want to inject? It’s all there on the big screen. The Model Y turns itself off when it realises you’ve left. I was happy to do that after parking it on my driveway. I would have been less confident leaving it in central London.

From day one I put the car in one-pedal driving mode. That felt very convenient. I didn’t even think about engaging the Enhanced Autopilot (£3,400). I’ve used Tesla’s autopilot before on a Model S but I’m not a fan. It was very impressive, but I never felt confident. The idea that the latest technology can control the car on and off highways, as long as you’re ready to take over in an emergency, strikes me as a recipe for disaster.

Charging on the road is a potential nightmare for electric car users, but the Tesla supercharger network means it should be much simpler and straightforward. 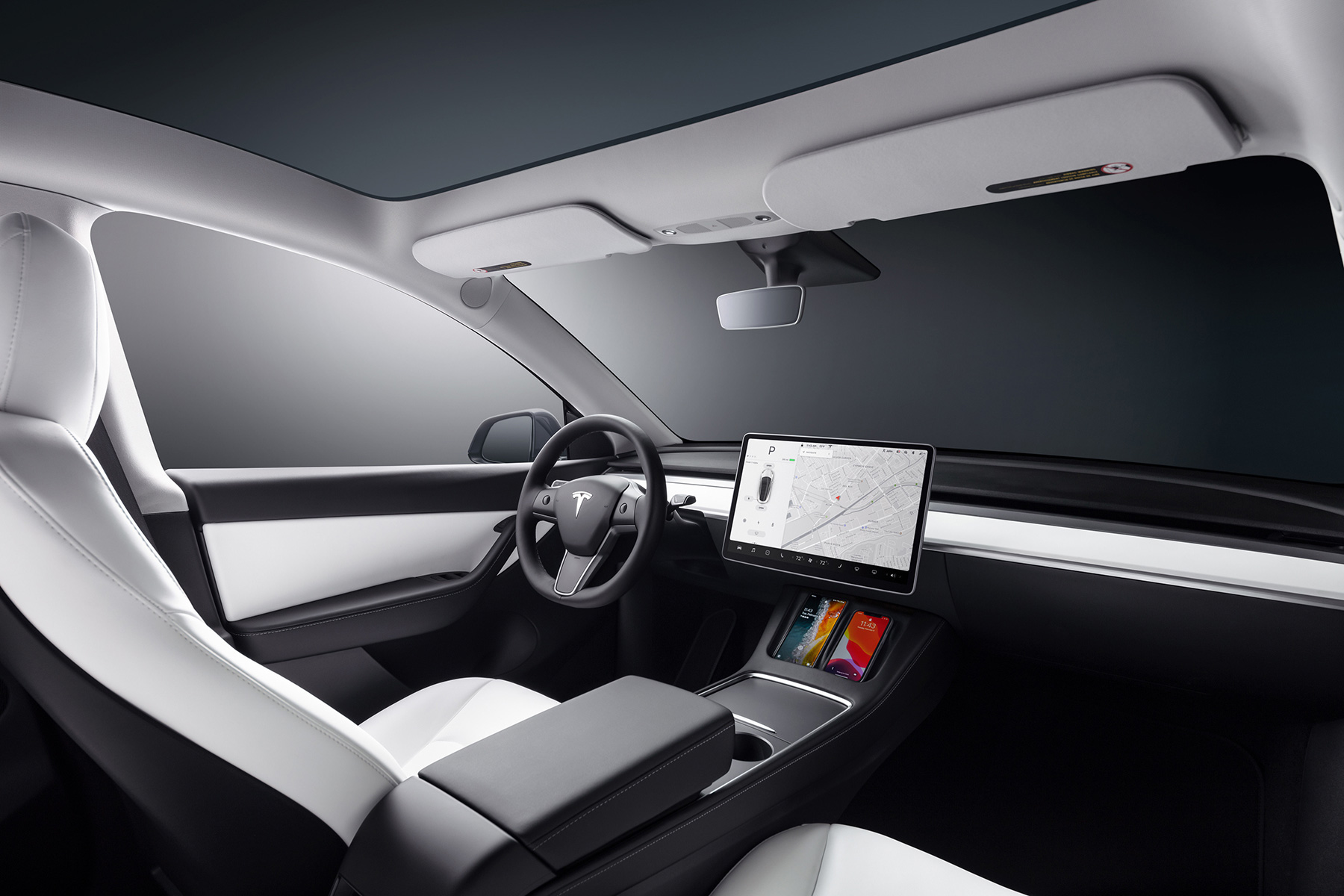 “Designed and built by Tesla, Superchargers charge Model Y in minutes rather than hours. Superchargers are strategically placed allowing Tesla owners to conveniently charge on major routes across the U.K. stretching from Edinburgh to Exeter and connecting to Europe via Folkestone,” Tesla said.

“Stations are located near amenities like roadside diners, cafes, wi-fi hotspots, and shopping centers. Model Y has the widest range of charging networks in Europe. Our Supercharger network has more than 800 Supercharger locations across Europe, as well as our new V3 Superchargers,” Tesla said.

The onboard technology displays speed limit signs, upcoming traffic control signals, pedestrians, cyclists and hazards in a 360-degree surround view. As with all Teslas, the Model Y will regularly receive over-the-air (OTA) software updates. Forward-facing radar can see through heavy rain, fog, dust, and beyond the vehicle ahead. This, says Tesla, helps to prevent accidents by providing simultaneous visibility in every direction.

What to buy?
Let’s get straight to the point. If I had £60,000 I’d go for this latest Tesla. The choice is spectacular though, with the Kia EV6 a wonderful option, or perhaps the Genesis GV60. If I could afford £60,000 that would also mean I could probably afford to hang on to a diesel too, because even though the Model Y is a fantastic car, it would be useless for the race to the sun, or Aberdeen come to think of it. 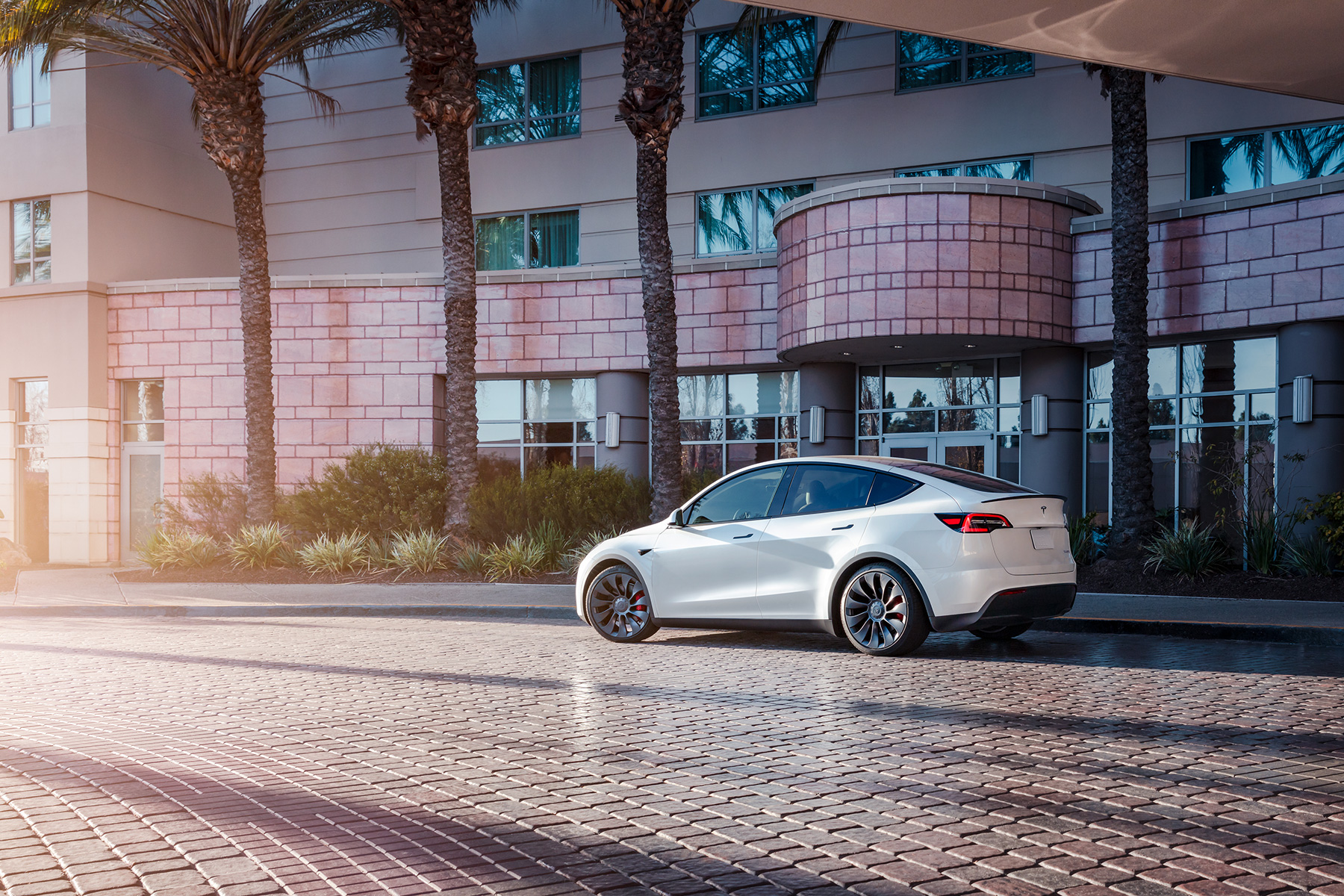