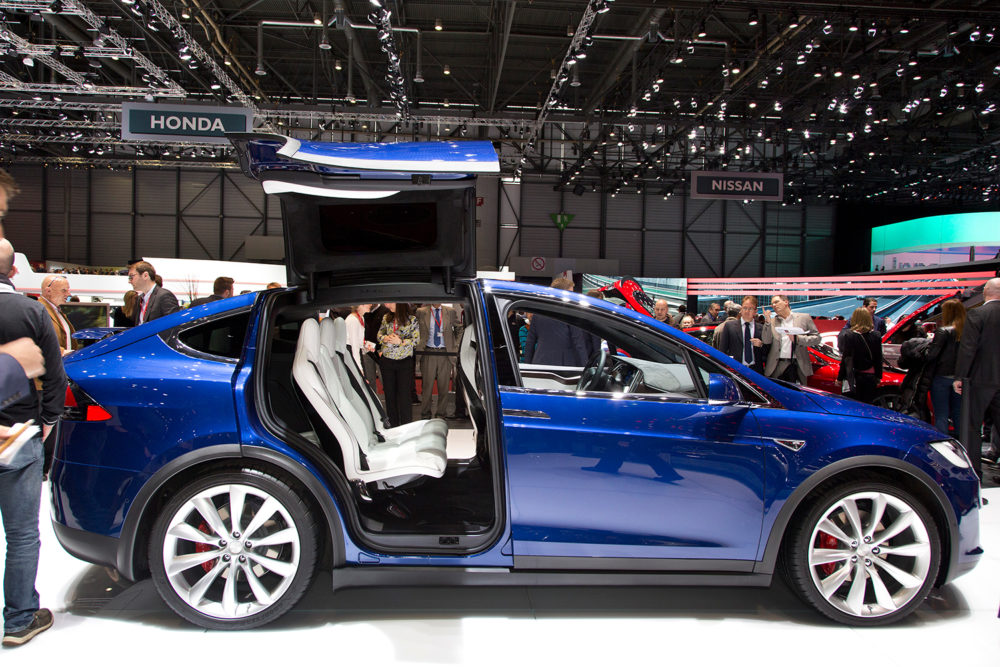 Tesla Motors’ Model X SUV is so packed with headline grabbing features like the “falcon wing” doors, mind-boggling performance and a giant windscreen, that you might forget the fact that it is all electric too.

Tesla, the battery-powered car pioneer led by charismatic, combative entrepreneur Elon Musk, has cornered the market for luxury electric vehicles with its current Model S saloon and this Model X SUV to the consternation of the German premium manufacturers like Mercedes, Audi and BMW. They are fighting back, but promised competitor products which include the Audi e-tron Quattro and Porsche Mission E are still about a year way. By then Tesla is likely to have its most important car ready for sale, the smaller and lower cost Model 3, priced at around $40,000 in the U.S. 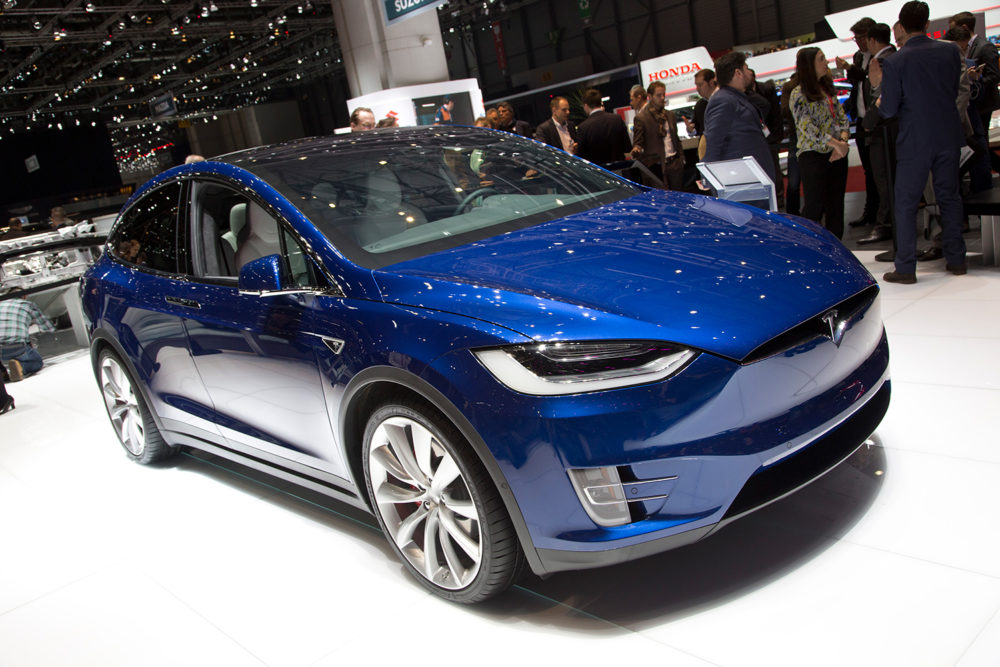 The stand-out feature of the Model X is the falcon wing doors, reminiscent of the Mercedes-Benz 300 SL in the 50s and 60s or the notorious DeLorean. The Model X doors though are much more sophisticated. They are double-hinged and open upwards then outwards to allow for parking in tight spaces.

The giant windscreen stretches up and over the front seat occupants and offers the second row passengers a better view. This does complicate things bit because the sun visor is a sort of clip-on thing which is fiddly. 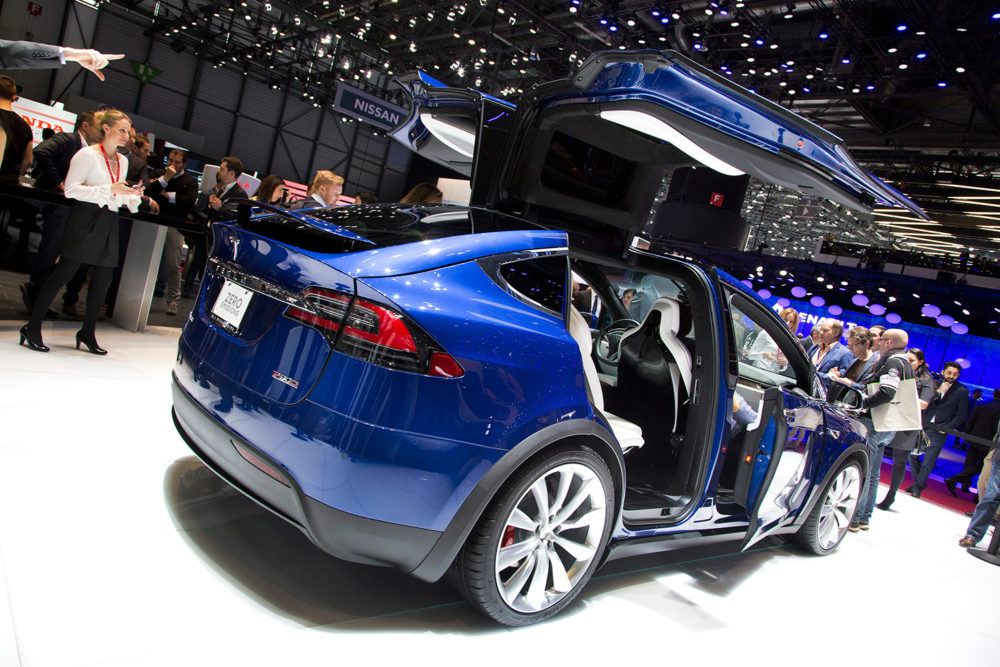 Blistering performance
The performance is more sports-car than SUV with blistering 2.9 second acceleration to 60 mph, and on to 155 mph on unlimited German autobahns. Tesla claims a range of up to 350 miles for this version, but high speed stuff would quickly put a big dent in that.

Tesla claims superior safety too because unlike regular high-riding SUVs the X is less prone to rolling over because it will be pinned down by the weight of the batteries which are spread under the floor. The big crumple zone will protect passengers too. In conventional SUVs the massive internal combustion engine at the front threatens the occupants in a crash.

The Model X boasts state of the art technology, and then some. The doors unlock automatically as it detects the driver approaching the car. Each model carries a forward-looking camera, radar and 360 degree sonar sensors enabling advanced autopilot features and bringing the car close to autonomous operation. The current Model S already allows internet driven software changes to take place in the car to download features like Autosteer and Autopark. The 17 inch touch screen integrates media, navigation, communications, cabin control and vehicle data, with some voice activation.

CEO Musk points to the family friendly nature of the Model X, which can have three rows of seats, the middle ones are motorised for ease of entry into the back. 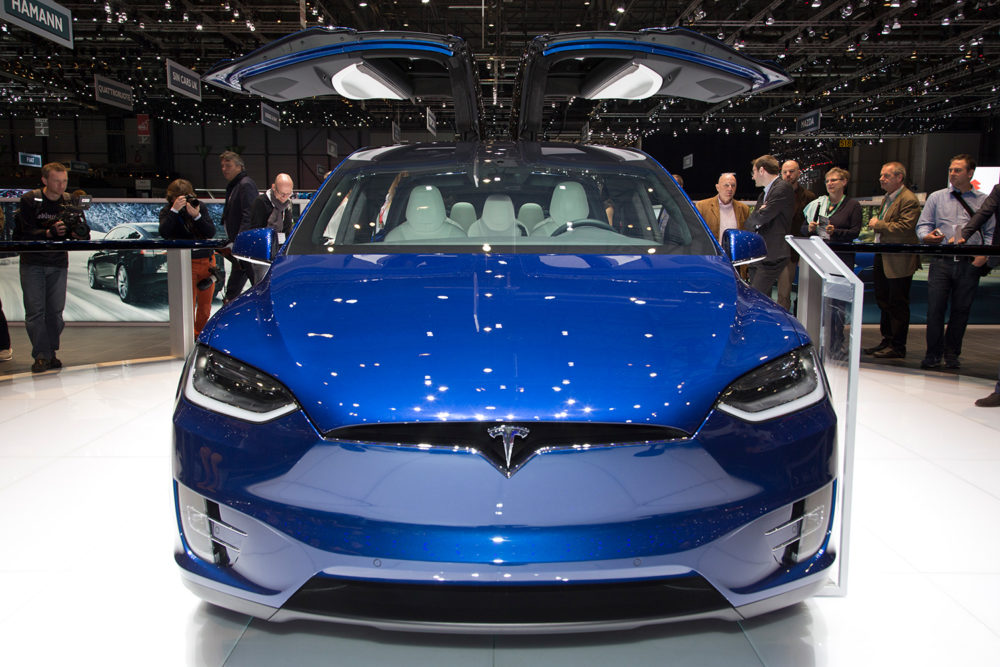 Envy lottery
This is a very impressive machine, with all the luxury, practicality and flexibility imaginable.

It also allows overpaid fat cats to parade their green credentials to us lesser mortals, even though we know it’s all a pose. And they get £4,500 of our money as a subsidy! In England at least almost no electricity is generated in a renewable way, so despite the piety, pretty much the same amount of CO2 is being emitted. If that sounds a shade envious I have to admit it’s the truth. The way Teslas waft along, almost silent and funereal, and then burst instantly into life when prompted, again with no perceptible effort, is truly amazing.

Must start doing the lottery. 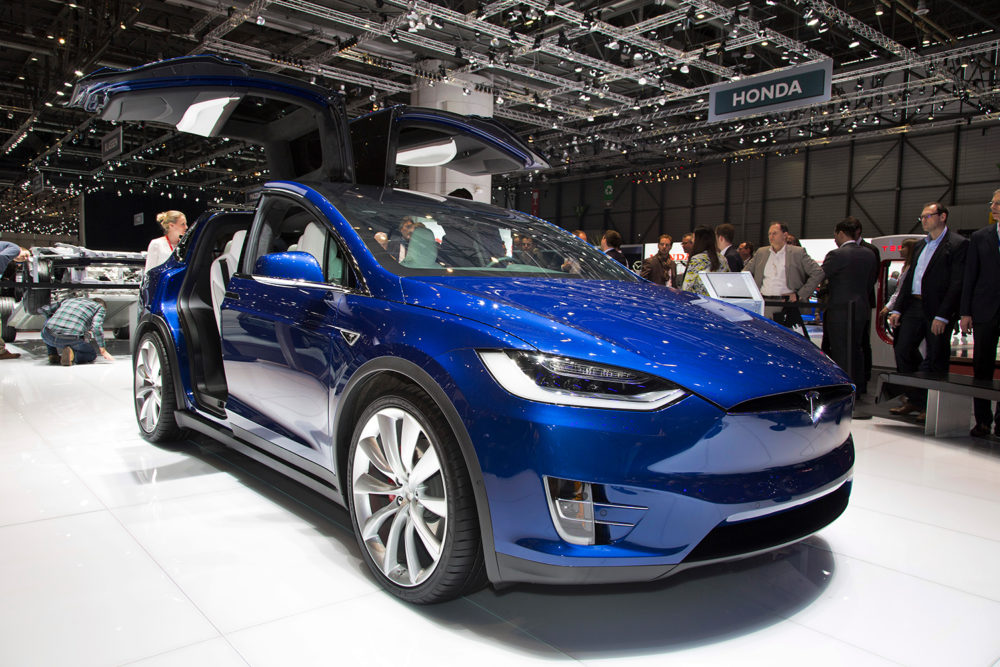