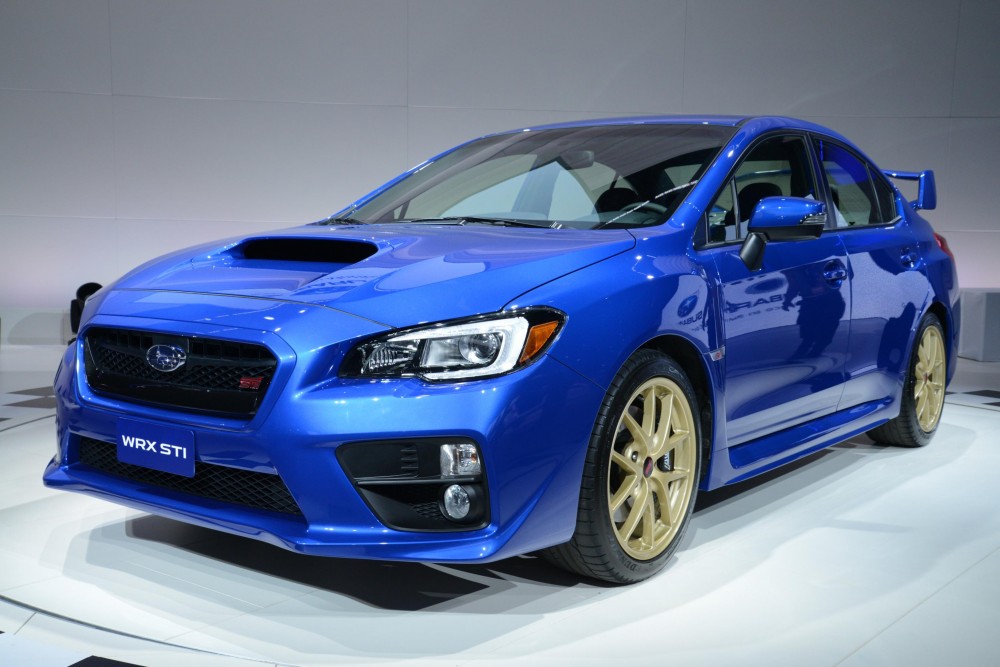 Subaru of Japan, which makes plain vanilla SUVs, conservative sedans, a small sports car, and a few raucous rally-inspired high performance machines which will shake your fillings out, today unveiled the new 2015 WRX STI at the Detroit car show, which definitely falls into the latter category.

The WRX STI has a 6-speed manual transmission. There is a powertrain management system which allows the driver to tailor the car’s driving characteristics by choosing from among three selectable modes – “Intelligent,” “Sport” and “Sport Sharp” – using a rotary dial on the center console. Expect most WRX STI drivers to leave this in “Sport Sharp”.

A one-inch longer wheelbase than the previous WRX STI helps provide a roomier cabin. The windshield is more raked than before. Lower side sills and wider-opening doors make access easier. “Welcome Lighting” responds to the driver approaching the car. Peerformance detaisl weren’t revealed.

Price details were not given, although the company said they would be line with current ones.
Subaru of America is owned by Fuji Heavy Industries of Japan.