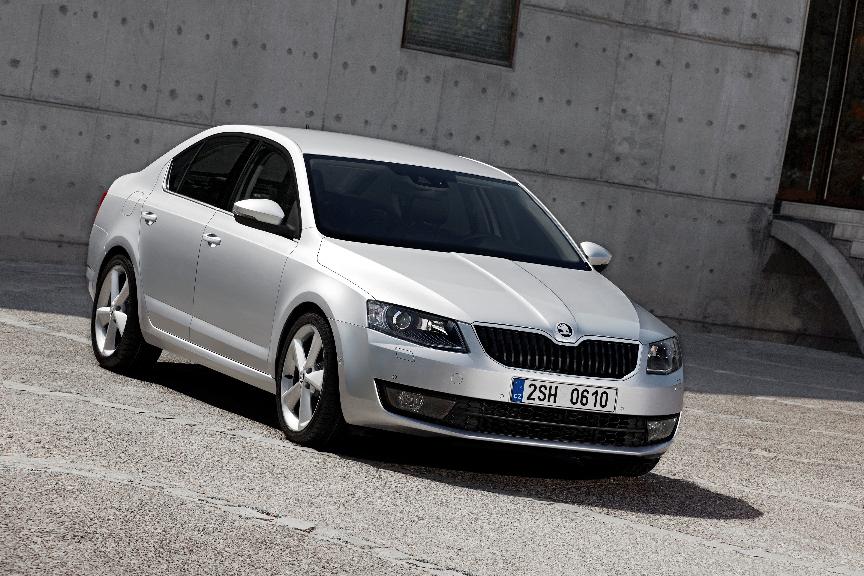 “if Audi, Skoda and SEAT were peeled away from their VW masters, wouldn’t that be a wonderful thing for competition in the market place?”

This was often in the form of dated-looking motors which you’d have to grit your teeth when buying, knowing that it might look awful, but it was going to save you serious money. This was a compromise. You’d know that it was inferior and outdated, but it made sense because it was cheap and the bottom line of German quality under the skin was the clincher.

Skoda is now in new territory. Sure, their products are VW’s in disguise and might be a bit cheaper, but often they look more modern and attractive than their German counterparts and make a case for purchase on their own merits. The Skoda Octavia is a version of the new VW Golf (and Audi A3, and SEAT Leon) and looks bigger and much more attractive, not difficult given the bland, unadventurous looks of the European and World Car of the Year. The view from the rear is let down however by a couple of 45 degree creases which make it look as though it has taken a bashing. 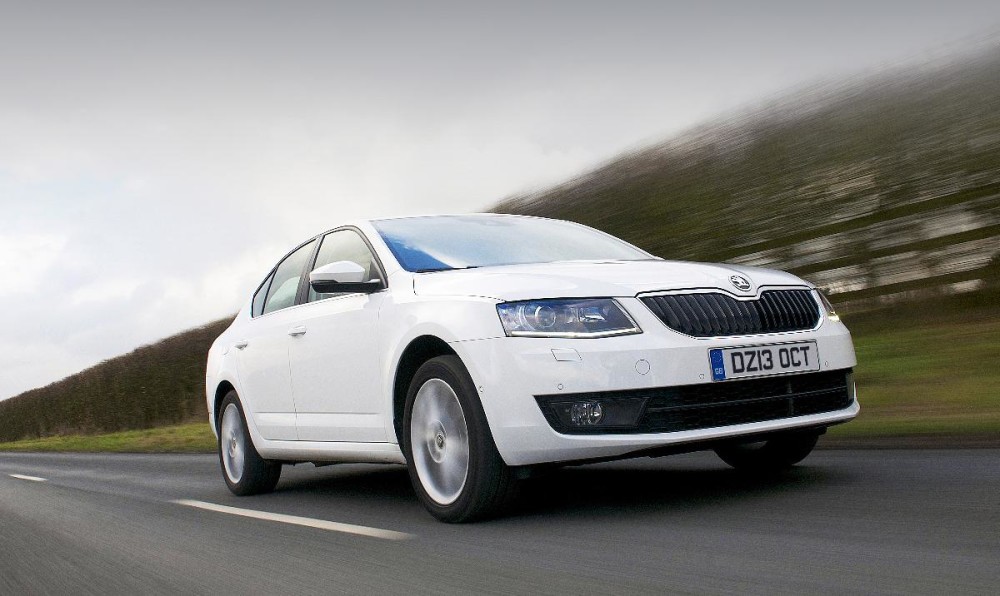 You wonder too, if VW isn’t being a bit too clever. In hard times, the buying public might shun the more expensive German “real thing”, particularly as Skoda’s image has lost much of its downmarket negatives. Before the collapse of Communism, Skodas were not only awful, but often made by forced prison labour, which western journalists shamefully chose to ignore. I muse as well about VW’s market share, which now approaches 25 per cent in Western Europe when you count all the brands. Could there come a day when the European Union decides to break up this colossal market force, and make its brands stand on their own with independent shareholders? Just musing, but if Audi, Skoda and SEAT were peeled away from their VW masters, wouldn’t that be a wonderful thing for competition in the market place?

Powerful buying case
As for the new Octavia, which is longer, wider and has a bigger wheelbase than the old car, it does create a powerful buying case. Prices start at £15,990, but as the prices increase you not only get more stuff and luxurious options, there are important safety gizmos thrown in too which reek of Audi, BMW and Mercedes. There are  four engine options: two petrol and two diesel. Power outputs range from 104 to 148 hp. There are three trim levels S, SE and Elegance. All engines are equipped with Start/Stop and Energy Recovery as standard. Diesel versions start from £18,040.

Prices have been slashed across the board, according to Skoda, with buyers opting for the entry level S model getting an additional £3,500 of value over the old car. The mid-range SE is fitted with extra equipment worth £2,220, but costs £1,200 more than the S model. It represents an enhanced value of £3,890 over the outgoing model. The flagship Elegance model adds £1,850 in price over the same engine in SE trim, but comes with additional features worth £3,575. Compared to its predecessor, it has an additional value offering of £5,300, according to Skoda. I wonder if that would stand up to a calculator check. 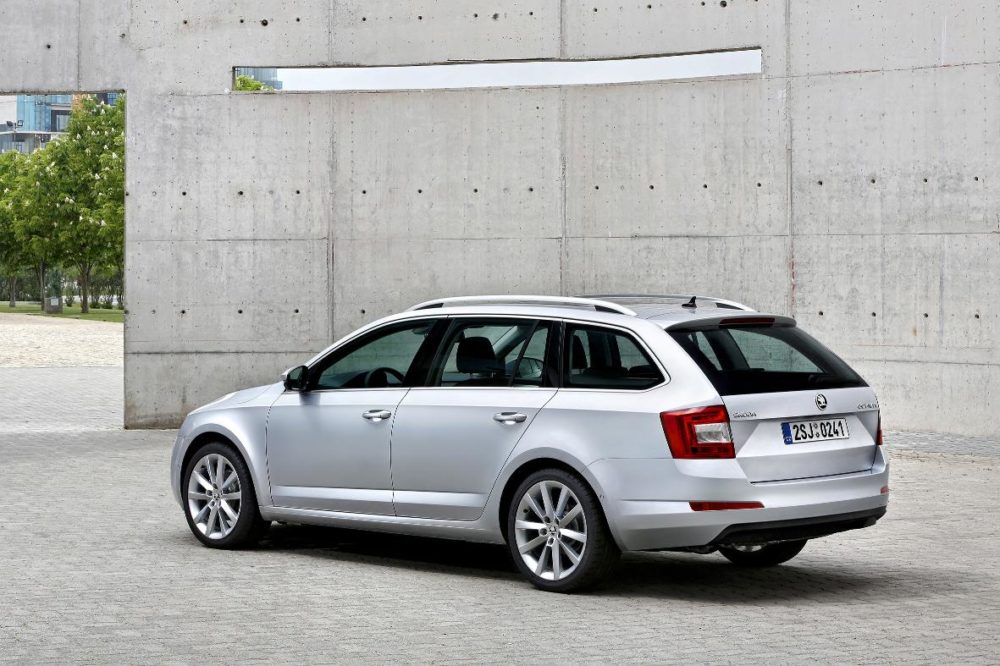 Seven-speed automatic
The four-cylinder petrol engines are both turbocharged and direct-injection. The entry-level 1.2 liter develops 104 hp and claimed average fuel consumption of 57.7mpg. As an alternative to the manual six-speed, the 1.2 and 1.4 petrols can be ordered with an automatic seven-speed transmission. Both diesels are turbocharged direct injection engines. The 104 hp has a manual five-speed with a seven-speed auto option. The most powerful diesel is the 2.0 148 hp, with a claimed average fuel consumption of 68.2mpg. A more frugal diesel engine option will be available later this year with a claimed 83 mpg, and a sportier vRS motor. The lower powered diesel with auto box felt very lively and impressive. The car tested, the Skoda Octavia Elegance 2.0 DSG, costs £25,575. That might sound a lot for a mere Skoda, but it does have every extra you might need. The diesel engine has power and sophistication to spare. The interior quality is decidedly BMW-like.

Among high-tech safety equipment is the standard Automatic Post-Collision Brake. You can also pay for Driver Alert and City Emergency Braking. The Driver Activity Assistant could become a real pain in the rear, as it observes steering behaviour and deviations from normal handling as a sign of weakening driver concentration. A significant deviation from the characteristic steering will indicate driver fatigue, triggering a visual message in the cluster instrument – “fatigue detected – please take break” – recommending a pause. (In Britain, you are then likely to see a sign “Next services, 65 miles). No thanks. I like the sound of the Adaptive Cruise Assistant, which automatically maintains a pre-set distance to the car ahead, and the Automatic Parking Assistant, which makes parallel and bay parking the Octavia easy.

Given that the Octavia has become the taxi of choice in Britain some  practical features will go down well, like an anchor for objects in the boot, an ice scraper inside the filler flap, a rubbish bin inside the door panel, a multimedia holder with space for an iPod or a mobile phone,  and the large overhead sunglasses compartment.

Serious challenger
The Skoda Octavia is a serious challenger in a field packed full of choice. It is now offered with high-technology options that have only graced Audis, BMWs and Mercedes in the past. It is roomier than most with better boot space. The quality is exceptional. The leather interior on the 2.0 Elegance, was, er, elegant The only criticism that springs to mind is the weird rear styling reminiscent of a rear-ender. 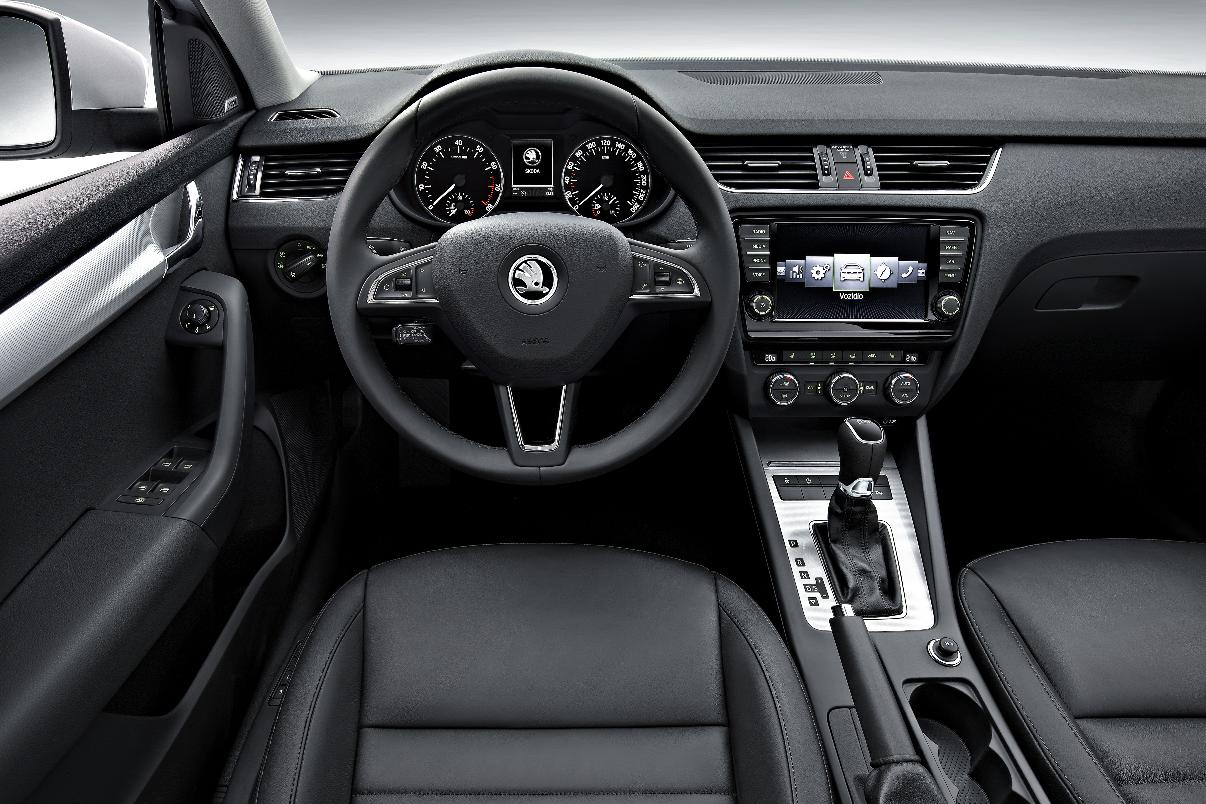 There are still some pockets of knee-jerk Skoda derision out there from those who haven’t kept pace with the company’s development. I’ll desist from carping on about Skoda’s involvement with the tainted Tour de France, not least because this isn’t the only company that makes delusional investments in marketing. Just last weekend a company I’d never heard of, BNY Mellon, spent kerzillions sponsoring the London boat race, an event which only appears on TV because the BBC needed to fill the space available. Must change my bank to BNY Mellon. The last person to have any interest in the boat race died about 50 years ago. Chelsea Football club now have the Audi logo on the seats for the manager. Just what kind of dim-wit marketing manager has such a huge budget that this is considered likely to pay off in any way? So Skoda wastes millions on sponsoring the Tour de France. That could be better spent cutting prices. I’d bet my house that Skoda couldn’t point me towards one additional vehicle sold because it sponsors the Tour.

But if you are in the market for a small family car or a new taxi, ignore dumb sponsorship decisions and give this Octavia a chance to fit your bill. 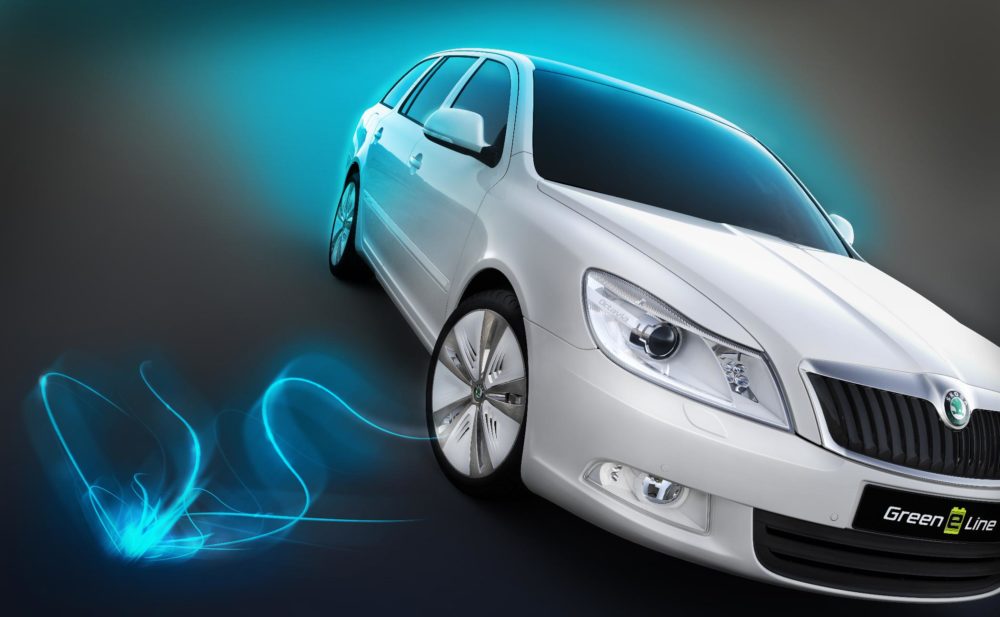 One Response to Skoda Octavia review