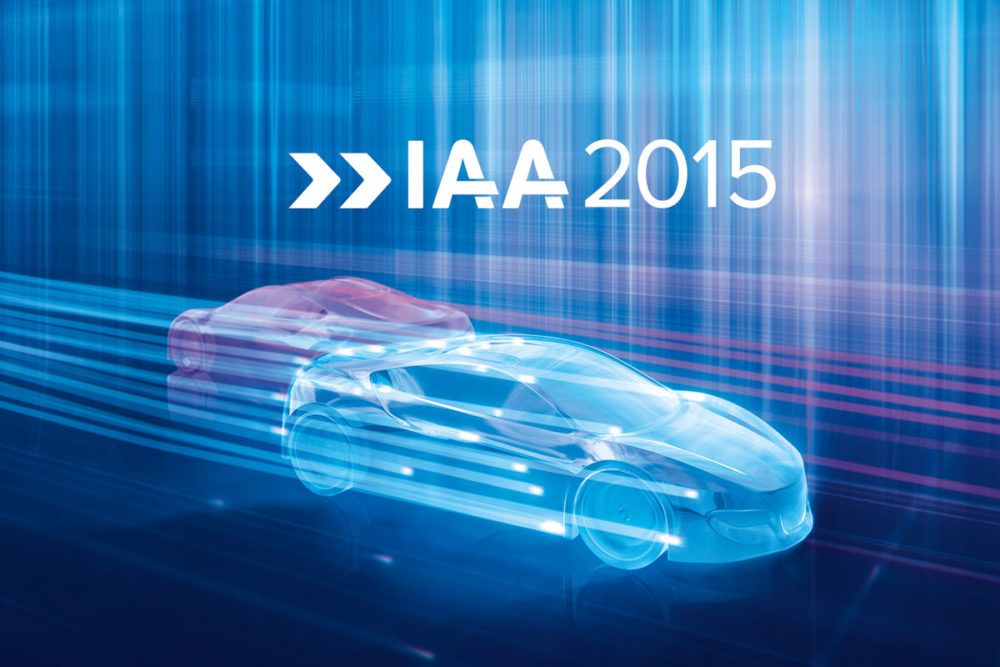 The European car industry is showing off its shiny new high technology vehicles at the biennial Frankfurt Car Show, shrugging off any negative thoughts about China and declaring that it is business as usual with its typical hype and bluster.

The Frankfurt show swaps with Paris every year to provide the second big auto event of the year in the fall, after Geneva, Switzerland’s annual spring event.

On the surface all will look well, but behind the scenes seismic shocks are gathering pace. Sure, the stands will boast more plug-in hybrids, and promises that Tesla Motors isn’t the only car company that can sell luxury battery-powered vehicles. The more prosaic mass market products will of course be in a noisy majority, and the assembled CEOs will all declare their cars faster, lighter, more fuel efficient and cuter than its predecessor, and that sales and profits will surely be bigger and better next year.

But the global automotive industry is on the verge of a dangerous revolution in the way it operates; dangerous for classic manufacturers which aren’t nimble enough to change their ways. The threat is from new technology, which has already started to bring internet connectivity to the mainstream car buyer, while the advent of autonomous cars has raised the spectre that brash and rich new entrants – possibly Apple, Google, or Amazon, will raid the industry and steal market share from the established incumbents.

Theoretical threats also loom as outsiders say in the future, consumers will buy mobility rather than vehicles themselves. These new younger buyers, said to eschew any love affair with the car, will seek short-term rental or car-on-demand solutions for their transport needs. They dream of the day that they tap the app on their mobile phone to summon the driverless car when they need it. One investment bank, Morgan Stanley, has made much play with its notion that sooner rather than later, car buyers will realise that their expensive cars are only used four per cent of the time, a ridiculous waste of resources. Renting a car just for the required time is going to transform the industry. Uber is already pushing this concept around the world.

“Frankfurt will be an auto show that shows an industry in transition,” said Professor Stefan Bratzel of the Center of Automotive Management (CAM) in Bergisch Gladbach, Germany.

“The main issue will be the connected car and the potential attack by the IT industry. I think the German car manufacturers and others know that moving from a hardware oriented to a more services oriented business it won’t be easy to combat Apple, Google, Alibaba, although this tough race will take place over five to 10 years,” Bratzel said in an interview.

Garel Rhys, emeritus professor of Motor Industry Economics and director for Automotive Industry Research at the Cardiff Business School, also sees a threat from new entrants, but doesn’t expect it be life threatening to the traditional industry.

“Apple and Google won’t be a danger anytime soon and it’s not likely they would attempt anything on their own. They are more likely to seek partners and work with them; that’s more likely than an Amazon takeover over of the motorways and autobahns,” Rhys said. 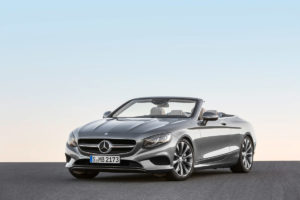 Meanwhile at the show, the Mercedes S class convertible is likely to be the star turn. The Germans will be putting on a show on home turf, with BMW launching its flag-ship 7 series plus a new compact SUV, the X1. Mainstream unveilings will be led by the Renault Megane family sedan which competes with the also new Opel-Vauxhall Astra (owned by GM), against the established leaders the Ford Focus and VW Golf. The Alfa Romeo Giulia will make its first public appearance, while Audi takes the wraps off its new A4 sedan, which will confront the BMW 3 series. Jaguar is joining the SUV stampede with its F-Pace. Toyota has redesigned the Prius hybrid to stunning effect. To remind us that some buyers are richer than others, British luxury maker Bentley will unveil its huge and expensive Bentayga SUV, yours for $229,100 before tax. That will look cheap beside the Rolls-Royce Dawn convertible. 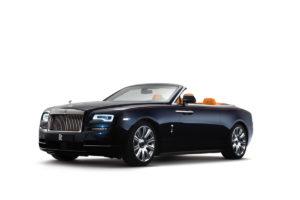 The German manufacturers like Mercedes, BMW, Volkswagen and its luxury subsidiaries Audi and Porsche are looking nervously at China’s fragile economy, which has generated massive profits for them.

Rhys said problems in China are a wake-up call, but reckons the almost hysterical fears over its future have been exaggerated. CAM’s Bratzel agrees, saying China has good long-term growth prospects, although it’s difficult to gauge how long the current weakness will last.

A big concern for Bratzel is the crack down on carbon dioxide (CO2) emissions, which is leading to the emergence of more alternative power trains, mainly plug-in hybrids.

“Another issue in Frankfurt will be the threat to the German premium manufacturers from Tesla’s all electric cars and this is likely to be more interesting when its Model 3 arrives,” Bratzel said. 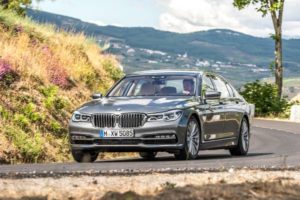 Tesla isn’t showing its new Model X SUV in Frankfurt, but in Europe it is already eating into BMW, Mercedes and Audi top-end sales with its Model S. The Model X SUV launches this month and the Model 3 is a couple of years away.