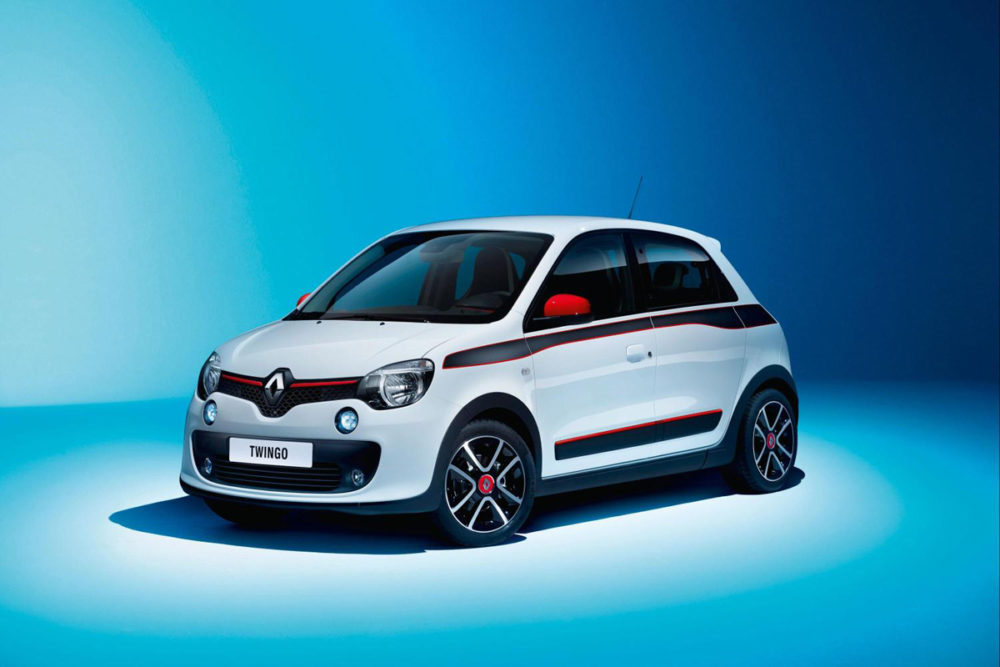 Renault Twingo Review 2014 – A City Car With A Difference.

The new Renault Twingo is a cute and practical little car. That’s standard in this segment which includes the Fiat 500, VW Up, and Vauxhall Adam. But the Twingo will give you some bragging rights because it has a couple of unique features.

You could ask your friends to find the engine. It’s so well hidden in this car – under the floor in the back – that they may start to think there really isn’t one, and that given Renault’s penchant for things electric – it’s powered by batteries hidden under the floor. When you start it up they will be in no doubt that it is a petrol motor because the three-cylinder engine is a little raucous, from the outside at least. The engine powers the rear wheels, and if you start to think haven’t we seen all this before in the 1960s, and didn’t we learn then that engines in the front, driving the front wheels, provided the best traction and packaging, I’ll refer you to the Renault blurb.

“By mounting the engine at the rear, cars can be made shorter, which in turn means they fit into smaller parking spaces and are more nimble when nipping through traffic. The potential downside is that a rear-mounted engine can steal boot space, while people brought up on front-wheel-drive cars might worry about the handling implications and the consequences of being hit from behind.”

“Renault’s engineers and designers have overcome these obstacles ingeniously. The engine is mounted at an angle of 49 degrees so that it does not intrude into the boot, and in a rear-end collision it is pushed beneath the passenger cell,” Renault said.

Light
Renault said the engine has been designed to be as light as possible, and that computerised stability control will stop it skidding in the wet. When you think those dangerous rear-wheel powered cars of the 1960s and 70s would have been tamed if they’d had computers then, it all starts to make more sense. But here’s the clincher. Renault decided to make the new Twingo in a joint project with Mercedes, so the companies decided to use the new Smart car for the basic engineering. The Smart has its engine behind the front seats, so there you have the reason. Economics. Not that there’s anything wrong with economics.

The Twingo drives well, with a neat five speed gearbox. The interior is very impressive, with high quality plastic and handsome dials. I’m six feet tall on a good day, but my clutch foot didn’t have any space to rest. Given that the engine is under the floor in the back, the space in the front for luggage is very limited. That looks like a missed chance, although there is plenty of room in the boot, despite the engine being there. It has five doors. 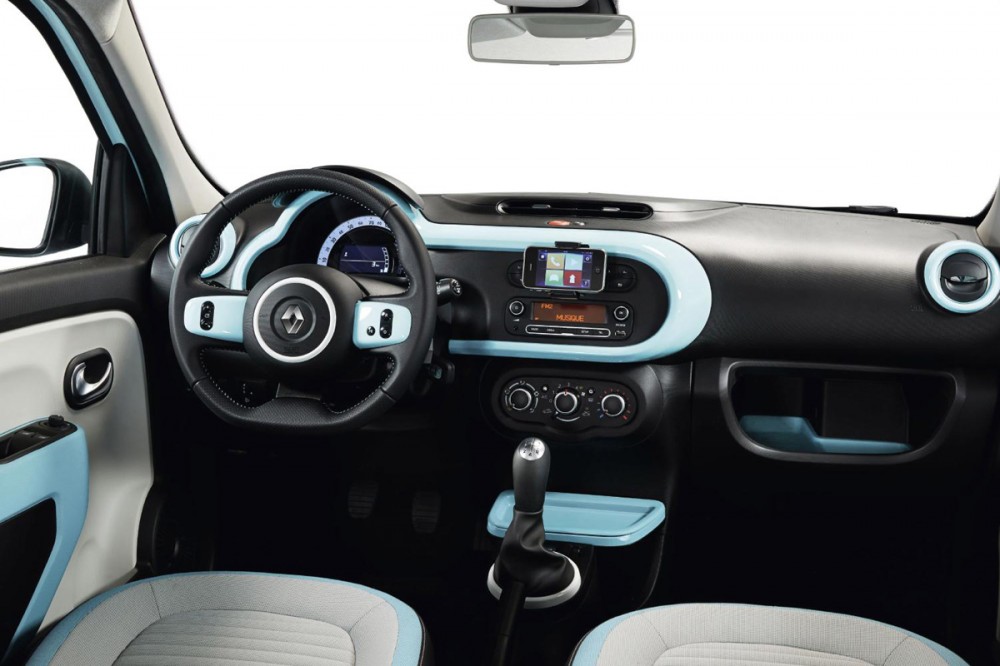 Two engines, no diesel
You have a choice of two three-cylinder petrol engines, (there’s no diesel option) – a naturally aspirated 1.0-litre 70 hp, or a 0.9-litre turbocharged engine developing 90 hp. Yes, the smaller engine produces the most power. There’s no diesel because regulations from the E.U make it too expensive for a small car, which sell in a cut-throat, price-sensitive market. Diesels are also too heavy now.

Connectivity is a big thing and there’s a smartphone-operated system providing a variety of navigation, telephone, multimedia and trip computer functions. The navigation is provided by CoPilot.

The Twingo is covered by a four-year warranty which offers unlimited-mileage cover in the first two years and then two further years of protection up to 100,000 miles.

Prices start at £9,495 for the Expression, the Play costs £9,995 and the Dynamique £10,995. The Play, apart from the long list of standard stuff, gets manual air conditioning and driver’s seat adjustment. The Dynamique adds things like cruise control, front fog lights and stop start. The interior and exterior have some add ons. All three have the 70 hp engine. And yes, the less powerful engine is bigger than the 90 hp one. The Dynamique Energy TCe has the 90 hp engine.

Fearsome choice
There’s a fearsome amount of choice in this city car sector (see the box below) and it’s hard to say which one makes the most sense. I’m driven, again, to say go the nearest dealer and pick the one on display. All of them have the highest reliability and most of them are cute enough. But if it’s bragging rights you’re after, then go for the rear-engined, rear-wheel driven one. And it’s designed and built with help from Mercedes.