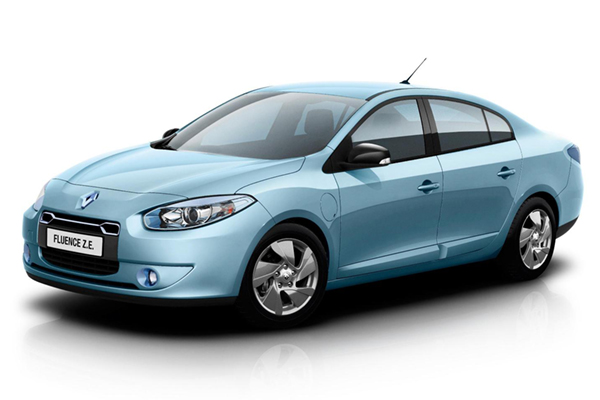 Price, Range Don’t Do It Any Favours; No Surprises There.

Will Business Pay For Green Bragging Rights?
** out of 5

Electric car sales never really got going in Europe last year, but Renault of France is launching four models in 2012, and its next one is the Fluence saloon. Renault has already launched the Kangoo van. After the Fluence comes the weird little Twizy, followed by the Zoe. With barely perceptible electric vehicle sales in 2011, you have to admire Renault’s persistence.

Renault’s alliance partner, Nissan of Japan, sells a similarly sized electric car in the U.S. and Europe, the Leaf. The Leaf and the Fluence share much technology, but the slightly less powerful Fluence is basically an electric version of a Megane, while the Leaf was designed from the ground up to be battery-powered. You would hardly know that, driving the Fluence, which seems perfectly normal, not to say ordinary, to look at and drive in. With an overall length of 4.75 metres, the Fluence is 13cm longer than the internal combustion-engined model. This enables the batteries to be located behind the rear seats. 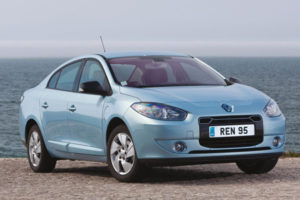 Renault says the Fluence Z.E. (for zero carbon dioxide emissions, locally) is aimed at private customers and fleet operators. Because of the price, the latter are more likely to be buyers. Despite the high price and limited and unreliable range, business might be persuaded to buy electric cars like the Fluence if a green halo might boost its image.

Not surprisingly, the Fluence’s dashboard displays essential information like range, battery charge and discharge. Unfortunately, the gauges are too vague. You would like to know the exact amount of miles left in the range, not some flaky estimate which says there’s about half of the charge left. It would also be useful to know the precise amount of miles the regenerative braking system has put back in. Incidentally, the regenerative system, which of course has nothing to with the brakes but simply recaptures energy while the car is free-wheeling, works very well. According to Renault, when the driver’s foot lifts from the throttle pedal, kinetic energy is recovered by the motor, which converts it into electric current. This current is then used to charge the battery. In an electric Mini, as soon as you lift off the accelerator, it feels as though the brakes have engaged. This system is much smoother, but you can’t tell how effective it is because of the lack of information from the dials.

Silent
Of course there’s no engine noise. At standstill, the car seems to be switched off, although an audible signal – coupled with a ‘GO’ light – tells you that the Fluence is ready to drive. It pulls away in total silence, but you soon notice mild wind and road noise. The electric motor’s peak power is 70kW (equivalent to 95hp) at 3,000rpm, while maximum torque is 226Nm. This torque is delivered instantaneously and ensures crisp, immediate and constant acceleration. You no longer need to shift gear. Confused new buyers of the Fluence’s capabilities can read tutorials on the internet.

The Fluence comes with ABS and emergency brake assist as standard, ESC, up to six airbags, cruise control and a speed limiter. 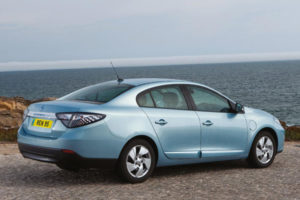 The Fluence costs £22,850, which becomes £17,850 after the government subsidy. Monthly battery hire, assuming  3 years with 9,000 miles per annum, costs £81.00. Customers take out a hire agreement which guarantees a battery at an affordable price, fully operational and a level of performance. Standard equipment includes satellite navigation which will also show the nearest available battery charging points.

Wide range
In real-world use, range can be as high as 125 miles in favourable driving conditions. In extreme weather, or because of a sporty driving style, or hilly terrain, range can fall to around 50 miles.

In contrast to internal combustion-engined vehicles, electric cars are most economical in built-up areas, in heavy traffic. This is because when an electric vehicle is at a standstill, it consumes almost no energy. At the same time, thanks to the system which recovers energy under deceleration, frequent stops partially compensate for the energy consumed while on the move. 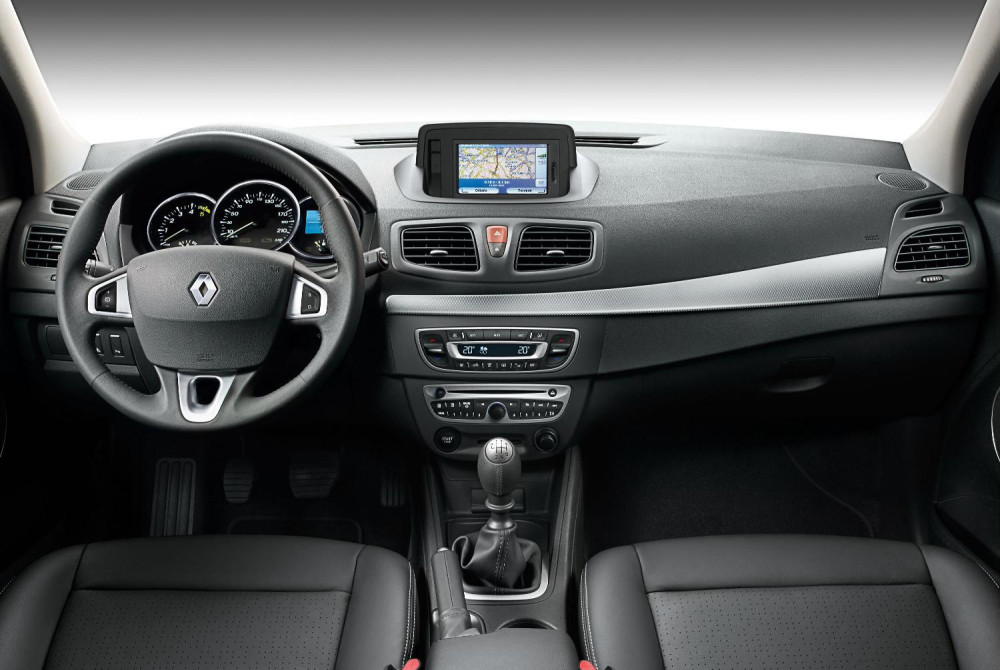 If you’re getting worried about making it home, select Eco Mode. Activating this button restricts the climate control and heater functions for a range gain of up to 10 percent. If you reach the limits of your battery, the vehicle doesn’t come to a sudden stop but continues to drive at reduced speed for several miles. This allows you to get away from traffic, so that you can call assistance, which will tow your vehicle free of charge (thanks to Renault) to a battery charging point. If you experience other problems linked to battery performance, Renault will immediately exchange the battery or offer a replacement vehicle.

If you plan a proper journey, Fluence customers have access to free short-term rental of an internal combustion-engined vehicle. 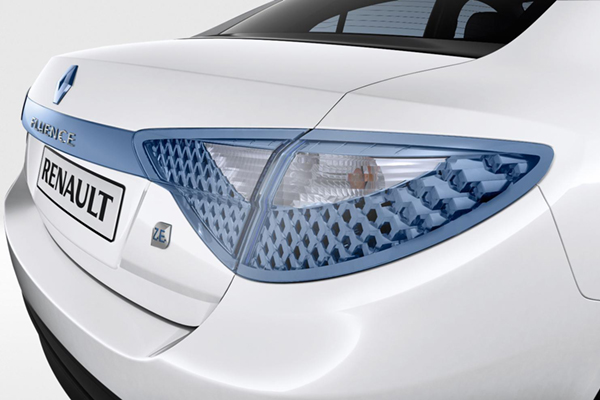 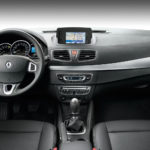 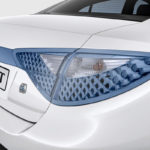 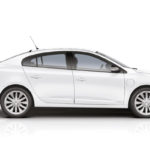 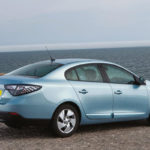 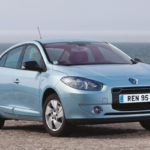 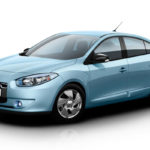