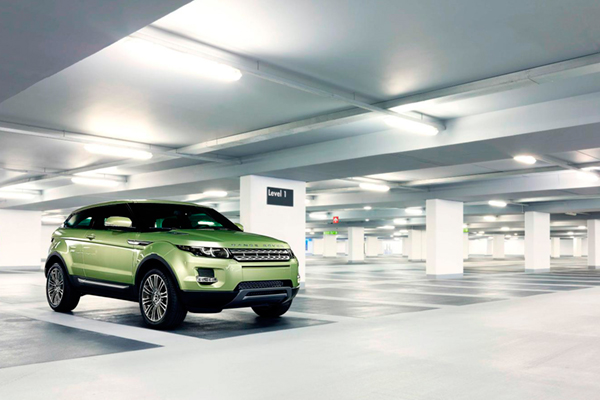 “tow from the snow? Sorry. No can do. I couldn’t afford one with four-wheel drive.”
Just imagine the humiliation

For – style, panache, go-anywhere
Against – in-yer-face looks might deter some

I’ve been agonising about the new Range Rover Evoque’s styling.
I must admit that when I saw it in concept form at car shows, I was in the anti column. It seemed too radical, with the plunging rear roof line appearing to exist purely for effect while at the same time threatening back seat comfort. But I’ve come around to admiring it rather than liking it, simply because when you look at the competition you see only compromise and a lack of daring, an eagerness not to offend.

Its German competitor SUVs like the BMW X3, the Audi Q5 and the Mercedes-Benz GLK seem almost apologetic with their relatively bland, functional designs. BMW, Audi and Mercedes must think their buyers want more anonymity, and eschew attention-seeking.

The rising waist line and diving roof shout “look at me”. From whichever angle you approach the Evoque there are design touches likely to start arguments. Some models are so-called Coupes which will have some people saying, “what’s the point of a two-door SUV? Some only have front-wheel drive. Pity the poor Evoque buyer, who when the  snow storms start in December, answers the door to a neighbour in distress who, asks for a tow out of a snow drift, has to be told that, sorry. No can do. I couldn’t afford a Range Rover with four-wheel drive. Just imagine the humiliation.

For what it’s worth, women in my local village shop were knocked out by the design. Men were a little less convinced. Behind the wheel though, any doubts soon fade. The interior is typical Range Rover in the traditional sense that invokes leather, luxury and comfort. There is a cockpit feel, with a big centre console built around the driver. Once moving, it quickly becomes apparent that this is a driver’s car. It sits firmly on the road, smoothing out the bumps. The steering is first class, quick and accurate. There seems to be little roll, at least at the half-hearted speeds I drive through corners.

Computer takes the strain
Being a Range Rover, you can expect top rate off-road capability, although I never managed to try this out. The Evoque has Hill Descent Control and uses the Terrain Response system from the Discovery and bigger Range Rovers. You can select grass/gravel/snow, mud and ruts, sand, or rock crawl, and let the computer take the strain. 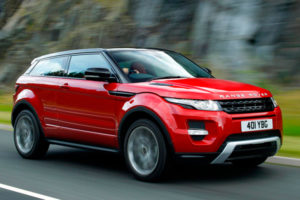 I’ve spent a week living with the car and I can report that despite the sharply angled roof, back seat life is perfectly comfortable, although in the three door version I drove it was a bit of a challenge getting in there. This version has a button on the front seats which you push once if a rear seat passenger beckons and this slides the seat to its maximum access position. When rear seat passengers get out, you have to press and hold the button so it returns to the point you want. Or of course the memory-seat button can return everything to your favoured settings. Access into the boot is also a bit limited. Trying to load my mountain bike for instance meant that because the entry area wasn’t great, the bicycle had to be loaded rear-first. The handle bars couldn’t go in first because the space was too constricted. Strangely, given the likely Evoque clientele, the trunk isn’t big enough to take a golf-bag without folding down a rear seat. When I went to fill up the Evoque, to my amazement there was no word on whether it required petrol or diesel after you removed the cap. This will not be a problem for the buyer who knows what he ordered, but did give me a little moment of anguish. It is petrol isn’t it? Of course it is, that’s what they told you.

Prices start at £27,955
There is a choice of three engines and two body styles – 3 and 5 door. There is a six-speed manual or six speed automatic gearbox. The base model – the eDa Pure with two-wheel drive costs £27,955. The four-wheel drive version costs £28,705. Two engines are diesel – a 2.2 litre 150 hp and 2.2 litre 190 hp. The petrol motor is a two litre four-cylinder which uses direct injection and turbo-charging to develop 240 hp which propels this all-wheel drive car from rest to 60 mph in seven seconds. A hybrid is promised in 2013. No doubt a hot six-cylinder version will be unveiled some time. In unrestricted Germany, the Evoque Si4 could hit 135 mph. There is a six-speed automatic gearbox with manual override using flippers behind the steering wheel. 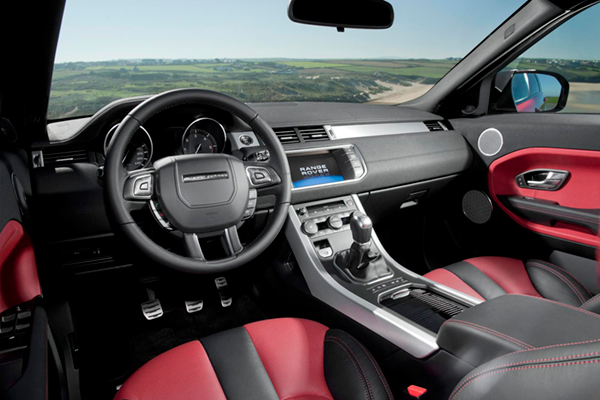 The Evoque borrows from its sibling company, Jaguar, the idea of a gear selector disc, which rises from a flush level when you press the “start” button.

The top of the range 240 hp Si4 automatic will cost you £39,995. If you add the LUX pack, that will set you back another just over £4,000 and will add things like powered tailgate, panoramic glass roof, powerful sound system, better sat-nav, auto dimming rear view mirror, blind spot monitoring, and park assist.

Bings, bongs, buzzes
There are front and rear camera sensors which, if you live in the country down a narrow lane, will warn you with many bings, bongs and buzzes about threatening objects dangerously close. And of course, if you are in the market for a Range Rover you will almost certainly live down a lane like this.

Range Rover has been brave to retain the dramatic styling from the concept model which was unveiled at the Detroit Car Show in 2008. The Evoque is the smallest Range Rover yet, but because of this radical styling it will make a big impression out on the street. Will style and panache combat the worthy but dull looking German SUVs? 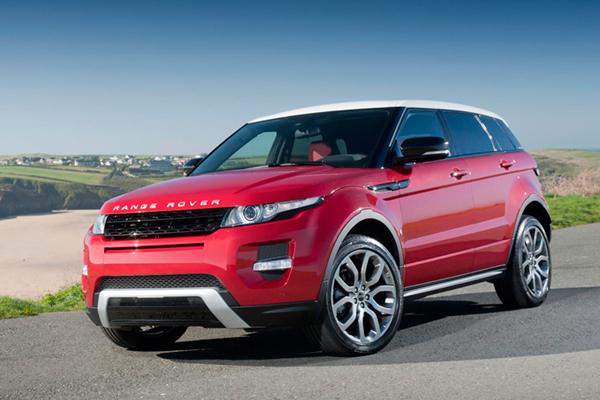 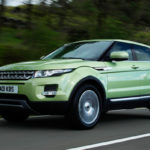 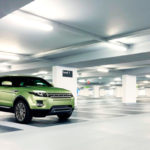 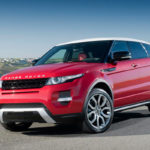 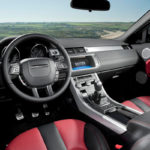 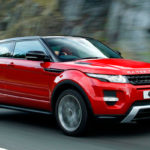