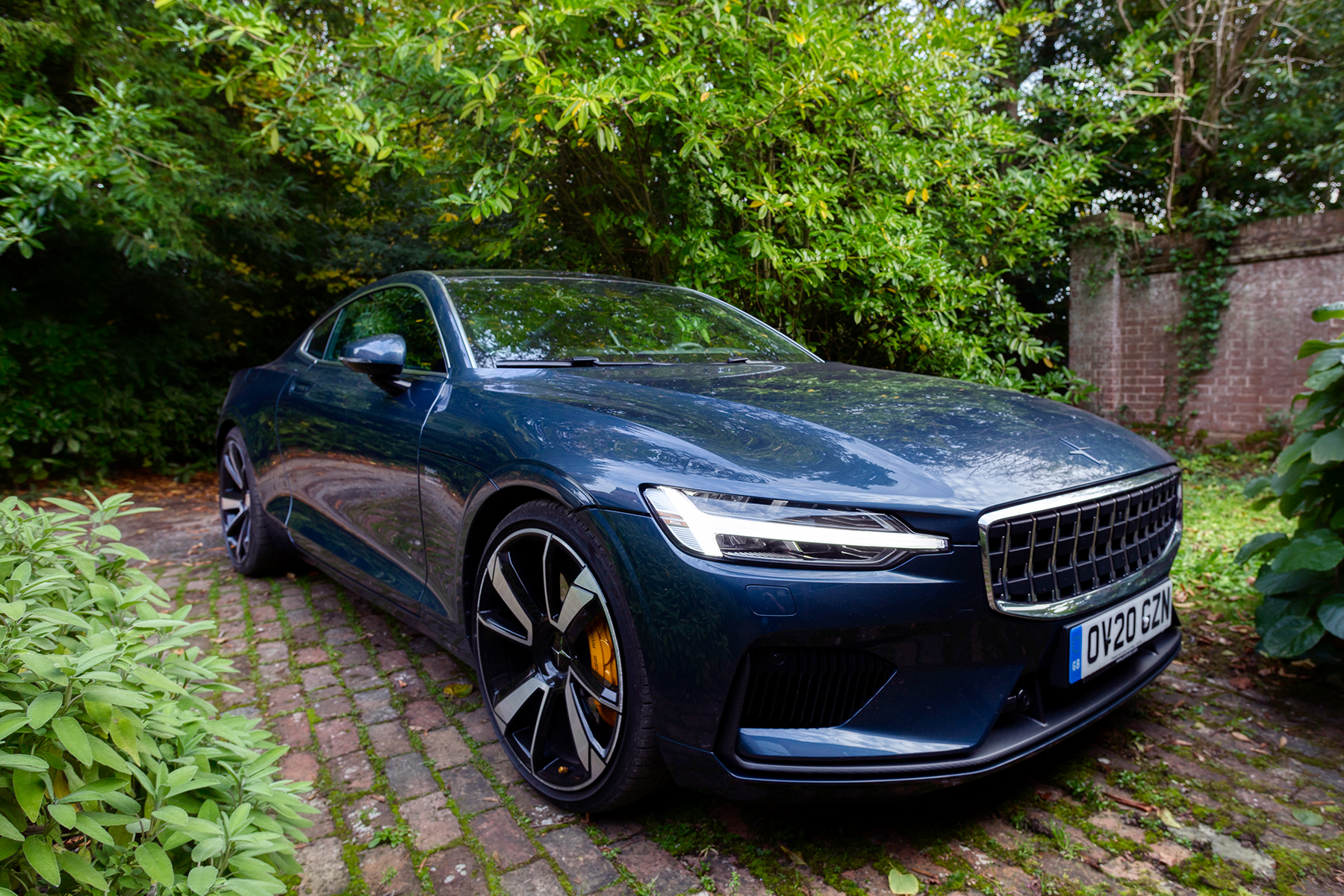 Is that a Lamborghini or a Ferrari? That was the question asked in local parking lots when people first set eyes on this beauty. The first impressions of Polestar 1 gazers must have pleased its designers, not least because they are new to the job.

Polestar is a subsidiary of Sweden’s Volvo, which in turn is owned by Zhejiang Geely Holding of China. Polestar is charged with leading Volvo’s global attack on upmarket electric cars currently led by Tesla. The Polestar 1 must catch the eye of the public and prompt it to ask just what this upstart new brand is all about. I think they’ve succeeded with task 1. Polestar said the design was inspired by the classic Volvo P1800 and it’s made in Chengdu, China. 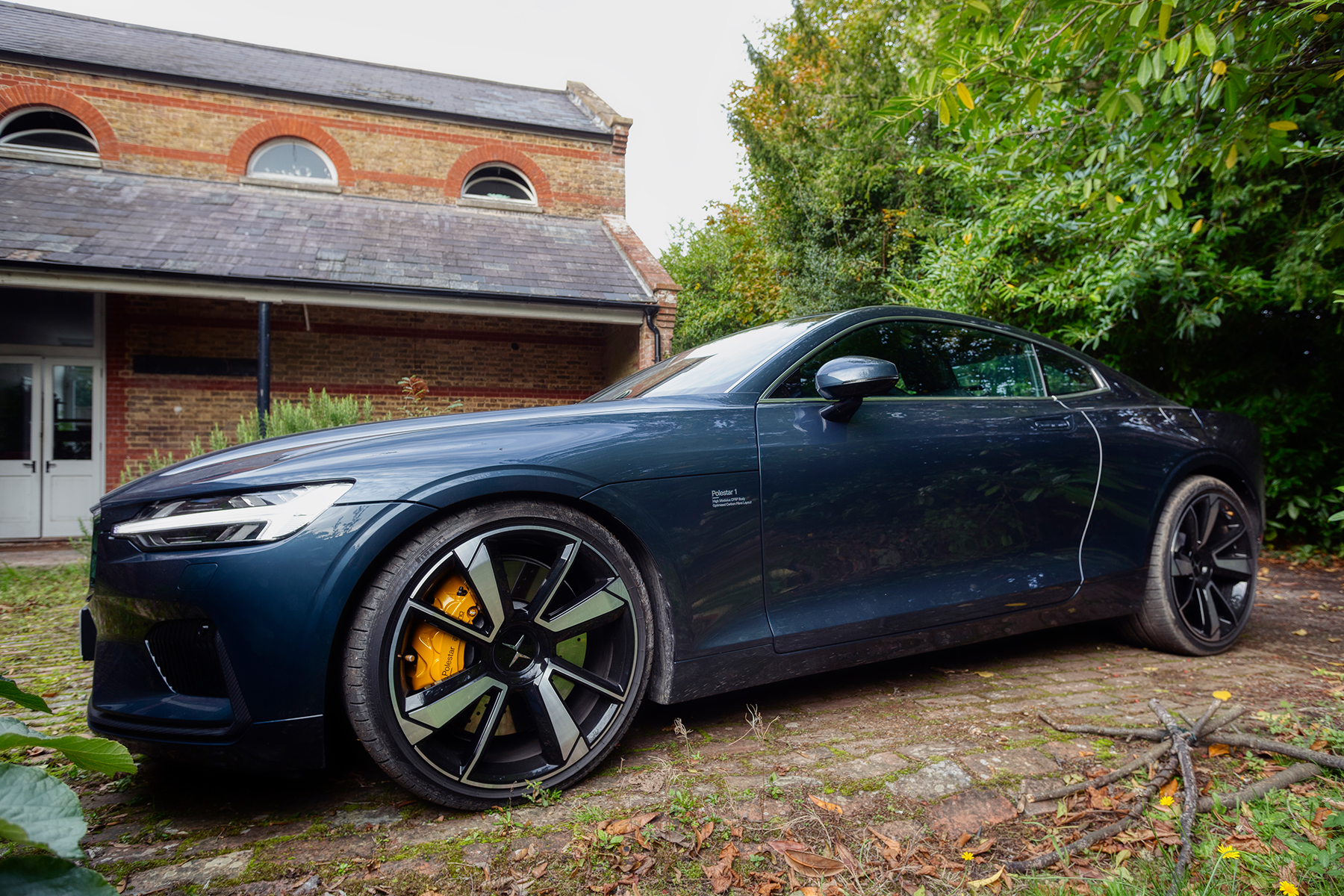 After the Polestar 1, which won’t sell many because it’s priced at £139,000, comes the Polestar 2, a much more marketable beast which costs less than £50,00, a price level deemed “affordable” in the weird world of battery-only electric cars.

But back to the Polestar 1, which is a joy to behold, if you don’t see the front first. The overall body shape is certainly very flowing and attractive, but the toothy grin from the big chrome grille, might put buyers off.

Mind-blowing performance
The Polestar 1 is a hybrid, but like no other I’ve come across. Let me hit you with the superlatives first. It boasts a total 619 hp from the 326 hp 4-cylinder 2-litre supercharged and turbocharged petrol engine, and another 232 hp from the two 85 Kw electric motors fitted on the real wheels, with the balance accounted for by a third electric motor which drives the starter/generator. Not surprisingly, the performance is mind-blowing; 0 to 60 mph in 4.2 seconds and on to a limited 150 mph, and when you put your foot down, the noise from the traditional engine is a suitably restrained but meaty sounding rasp. The performance can’t quite match the maddest Tesla performances, but it’s surely as much as anyone could ever need. Handling is impressive too, and the brakes not only look impressive, but worked very well when I had to stop when suddenly confronted by a big truck on a country road. There’s an active rear-spoiler which rises automatically at 62 mph and retracts at 44 mph. 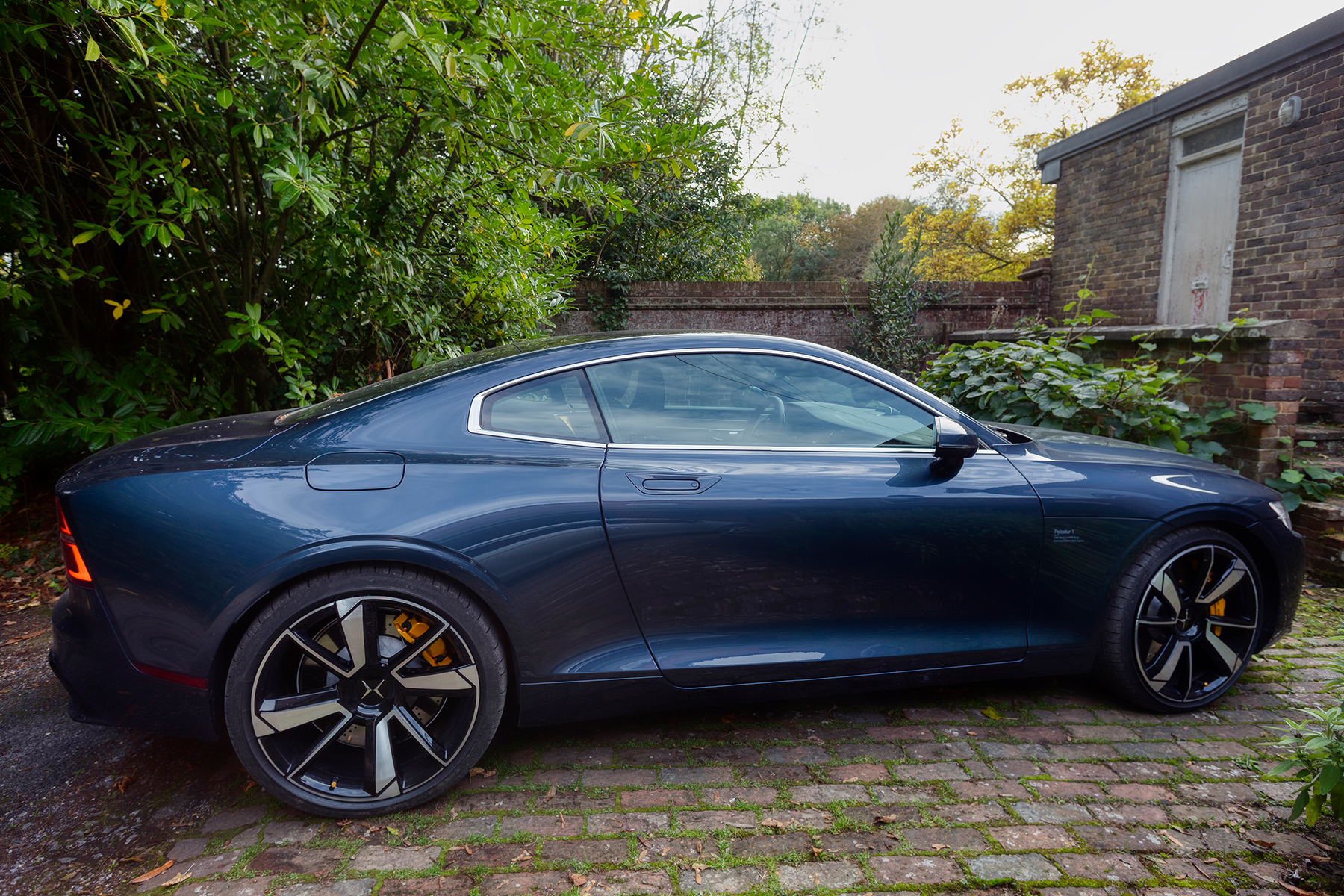 You can change the hard suspension setting, but that requires a visit under the bonnet. The choice of battery-only driving or hybrid is controlled by a little wheel alongside the driver. The translucent gear shift for D, N and R, also lets you change the 8-speed gear box, and engage the regenerative braking.

75-mile battery claim a stretch
The claimed electric-only range of 75 miles might be a bit of a stretch, but the overall fuel economy was a fantastic 78.6 mpg, that from driving a combination of country roads and motorways at the prevailing “acceptable” speed, I say not wishing to incriminate myself. That fuel economy included about 40 miles of battery-only use. Unfortunately, like many manufacturers, Polestar uses E.U. methods to assess its overall miles per gallon or equivalent. Polestar says the 1 will emit 15 grammes per kilometre or 0.7 litres per 100 kms. This results in a laughable figure of over 400 mpg, or 336 miles per U.S. gallon. Other manufacturers are just as dishonest in calculating the efficiency of plug-in hybrids by using a formula which is completely unrelated to everyday use, and is therefore completely useless and erroneous, although will no doubt be used to distort average miles per gallon needed to meet E.U. regulations. Why not just say you will use no petrol at all while in electric only mode, then measure the ICE performance. It won’t be so flattering, but it will be honest. And my return of 78.6 mpg was impressive. 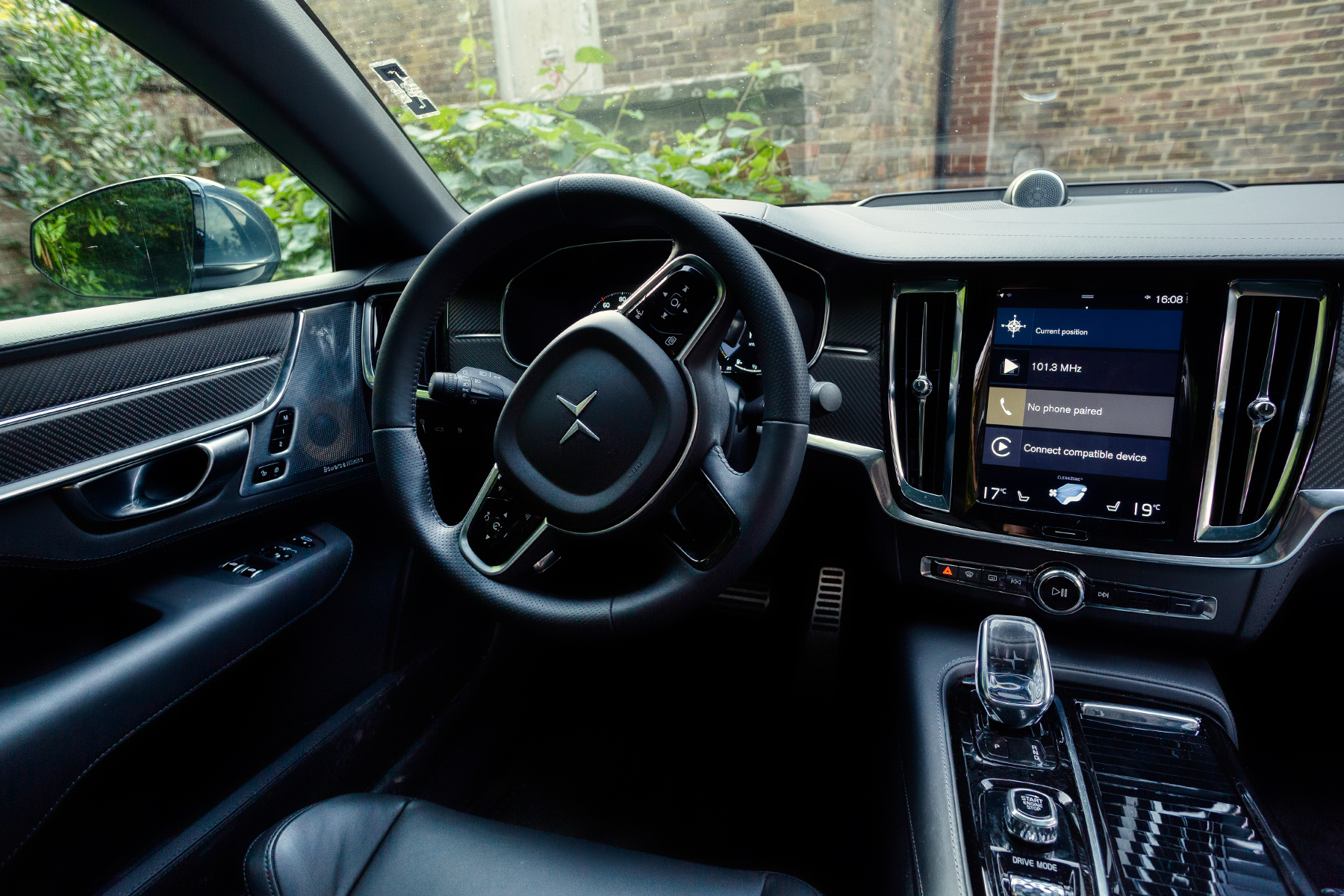 Classy interior
The interior is very classy with much hand stitched leather and high-quality materials. The big screen controls most commands, and takes a bit of getting used to if you are over a certain age, and for the short time I drove the car, the radio remained a one-station mystery, while my Apple Car Play mysteriously and quickly turned itself off.

The doors were very heavy, which surprised me given one of the core claims of Polestar is much use of carbon fibre for weight saving. The boot is ridiculously small, taken over by what looks like batteries and electrical clobber. The rear seats are beautiful but are also useless for even a child with legs. Why not use this space to design some useable carrying capacity? That won’t happen because Polestar says only 1,500 will be made over 3 years. They are all left-hand drive too. 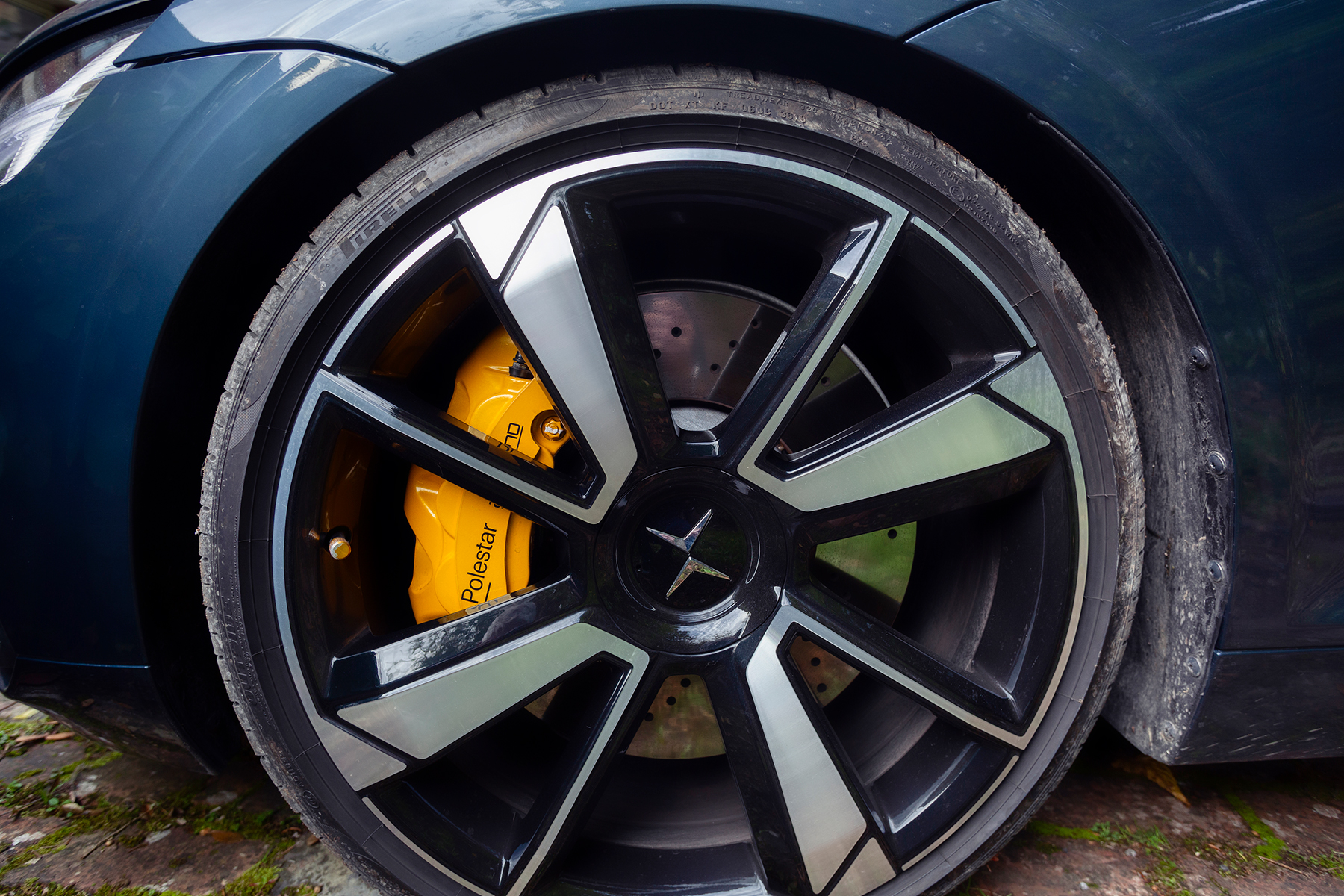 What to buy?
Clearly there’s no rational reason to buy a Polestar 1. It will obviously be bought by someone with money to burn, who is captivated by an aspect of the car’s ability – it’s looks, its power, its uniqueness. And there might well be an element of rationality because Polestar has said only 1,500 will be built; it might turn out to be a collector’s item. There are some obvious flaws. There’s no room in the rear. The boot is too small, If you’re British why buy a left-hand drive vehicle? But if it attracts much publicity for this upstart brand, it will be job done. It might well remove consumer resistance for buying a Chinese car, because it shows they have the technical ability and the manufacturing nous too. Its success will be judged by the amount of Polestar 2s you see on the road, and no doubt 3s, 4s, and 5s very soon. 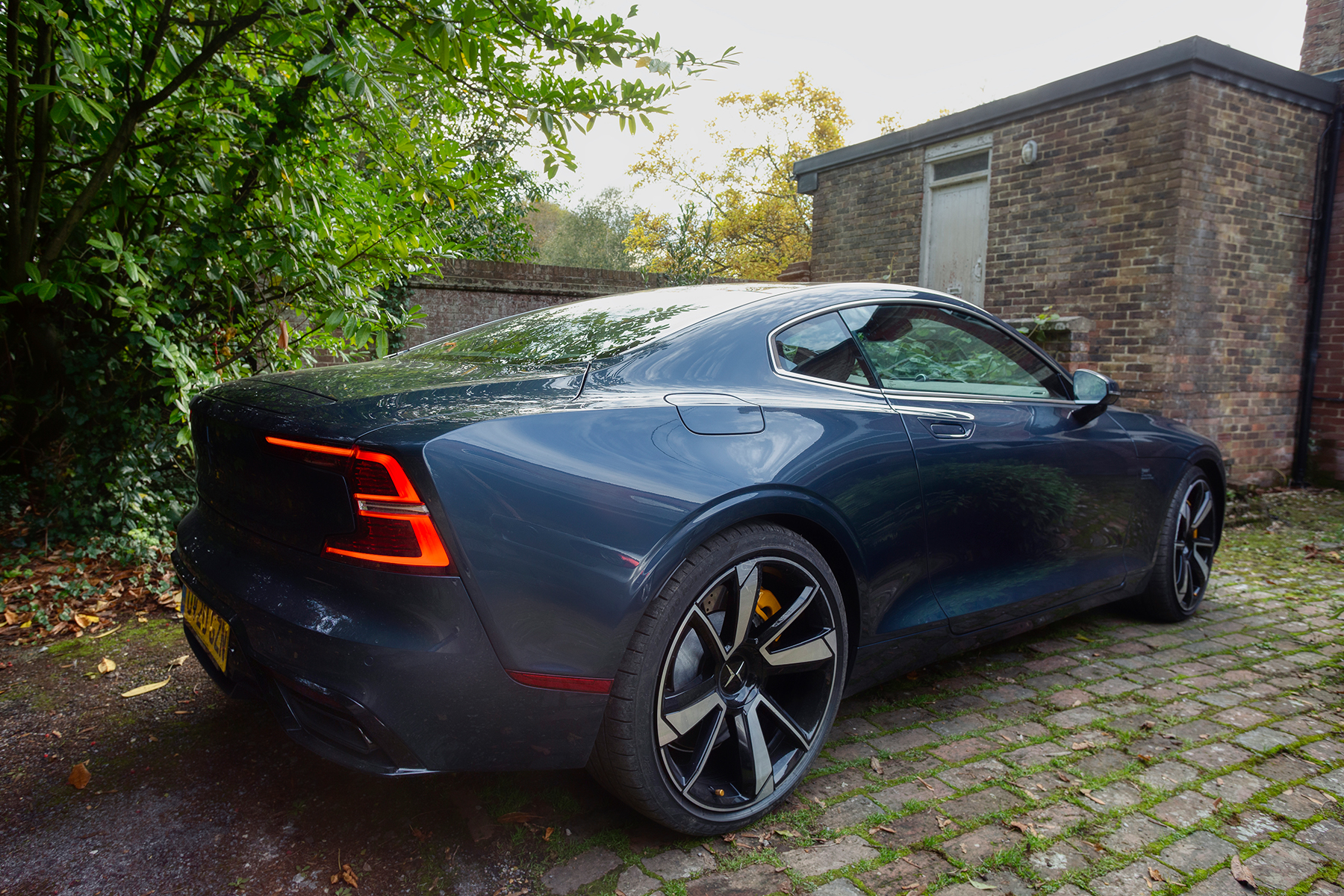