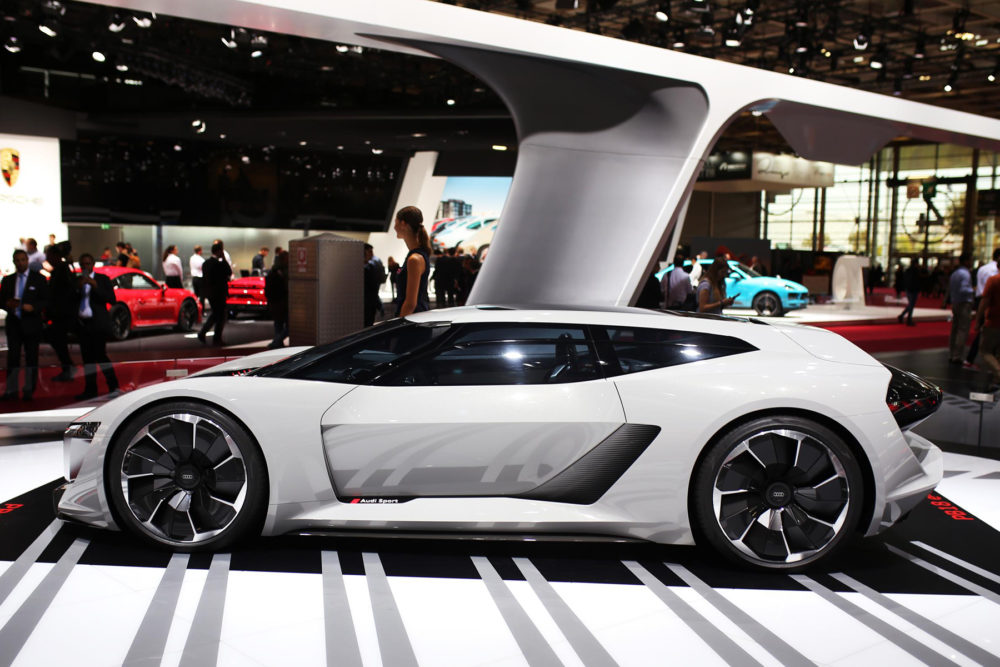 Electric cars made the headlines at the biennial Paris Auto Show, but the debutant models from Audi and Mercedes are too expensive to ignite the long awaited boom in battery-only vehicles.

They might pose the first substantial threat to the Telsa Model S and Model X, but this section of the market is confined to rich, first adopters.

Meanwhile investment bank Morgan Stanley has actually cut its forecast a bit for electric vehicle sales to 9.6% of global sales in 2025 from the previous 9.7%, while its prediction for 2030 has been hauled back to 23.1% from 26%.

Investment bank UBS predicts battery-only sales of between 12 and 13% of the market for 2025. UBS said in 2017 over 1 million new all-electric vehicles (EV) were sold, but that is only 1.3% of the global total.

This is all a far cry from the enthusiasm being expressed at the last Paris show in 2016, which was declared to be the birth of the electric car era. When you consider that Volkswagen has set itself a target that 25% of all its cars and SUVs will be EVs by 2025, you can see that the battery electric revolution is still stumbling away from the starting line.

Electric car manufacturers have foundered on the hurdles of affordability, range and the lack of a credible charging network. The new electric vehicles at the show might have improved range of up to 250 miles, but fail the affordability test. 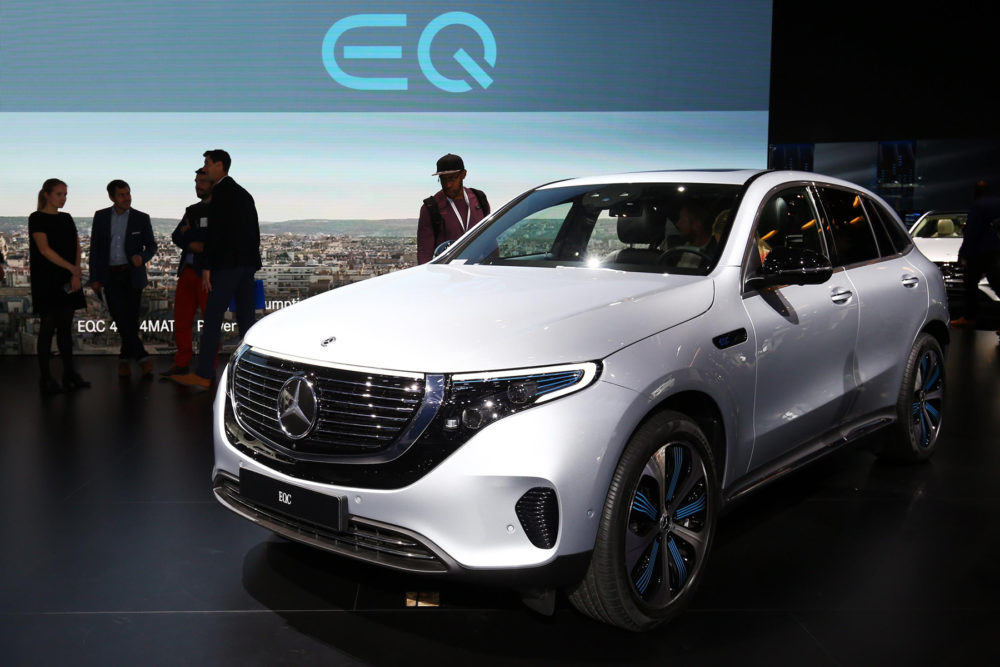 Mass market
The Audi E-tron is priced from $75,795 before tax in the U.S. The Mercedes EQC costs about the same. The all-electric Jaguar I-Pace, launched in Geneva in March, starts at $69,500. The Tesla Model 3 will be displayed at the show as a prelude to sales starting in Europe next year, but don’t expect its price to be anywhere close to the mass market.

Professor Stefan Bratzel, from the Center of Automotive Management (CAM) in Bergisch Gladbach, agrees that electric sales have been slow, but acceleration mode is not far off.

“Electric car sales will take off very strongly in the 2020s and we expect demand to increase exponentially. It will take another two years before we see electric mobility attracting higher market share. That’s not surprising because there aren’t enough models and there isn’t a credible charging infrastructure. That will change in the next 3 to 5 years and the charging infrastructure maybe the biggest hurdle,” Bratzel said.

Companies like Chargepoint, which says it is the world’s leading electric vehicle charging network, are trying to put this right. Chargepoint recently said it will have 2.5 million charging points by 2025 across the world, a 50-fold increase from current levels. These will mostly be split between Europe and North America.

“As long as the chicken-egg dilemma between sufficient loading infrastructure and affordable EVs is not resolved, we will not see a breakthrough of electric cars on the street. The customer is not yet ready for the evolution of EVs,” Fuss said.

Professor Peter Wells, Professor of Business and Sustainability at

Cardiff Business School looks at the electric vehicles available today and sees an industry out of step with requirements. 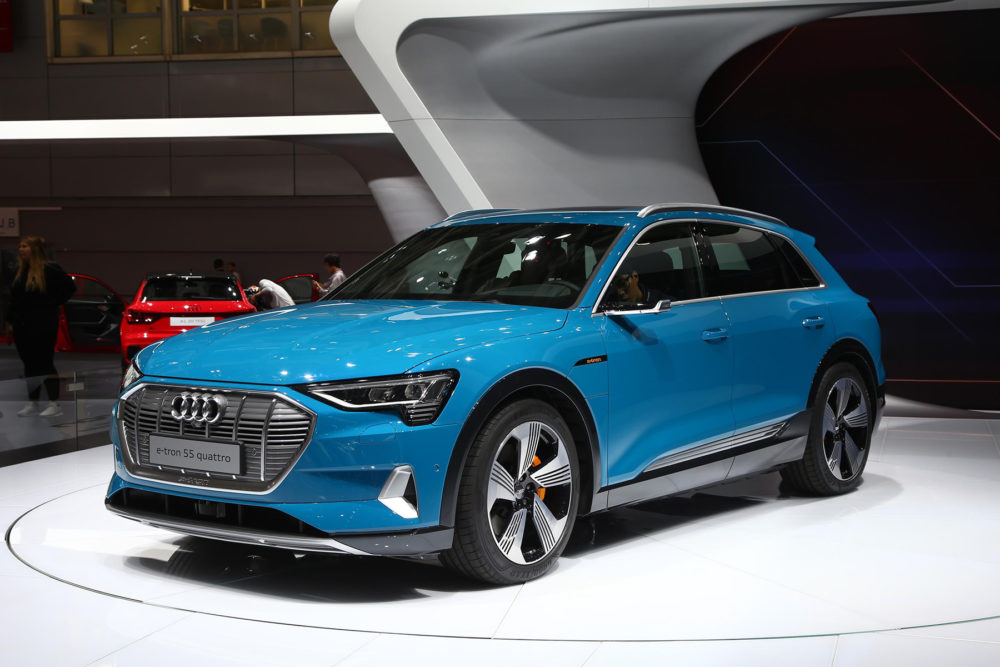 Good illustration
“The latest clutch of battery-electric cars are a good illustration. Models like the Audi E-Tron and Jaguar I-Pace may be electric, but they are also well over 2,000 kg (4,409 lbs) of materials to convey an 80 kg (170 lb) driver. The industry seems blissfully unaware, or perhaps deliberately unwilling, to face the challenges beyond zero emissions at point of use. Vehicles like this are less a symbol of a greener future, and more an indicator of the obdurate character of the industry,” Wells said.

“It would appear that Tesla is no longer regarded as a credible and disruptive threat, but it has been useful as a loss-leader for the rest of the industry to enter the battery electric vehicle market with consumers aware of the new technology and prepared to underwrite conspicuous minimalism,” Wells said.

Some think Tesla’s threat is still strong, and will get stronger.

UBS dismantled a Model 3, and proclaimed that despite build quality problems it was the most impressive electric car around because of its hardware and software lead, while the electric powertrain was top notch in terms of cost, weight and energy efficiency.

“Our teardown shows a $2,000 like-for-like cost advantage (over the competition),” UBS said.
“Based on our detailed research about upcoming EVs from the incumbents, we believe Tesla will be challenged in these areas that constitute a good EV in the traditional sense – range, performance, charge time etc – and certainly in build quality. However, it will be much more difficult to mimic Tesla’s innovation power on the IT side, because it disrupts traditional supply chains and organisations. Will this aspect be decisive for consumer choices? Time will tell,” UBS said.

Artificial boost
Electric car sales are likely to get an artificial boost because of the diesel emissions health crisis, which has led many European governments to ban diesel cars from city centers. Europe’s carmakers had been relying on frugal diesels to help them meet harsh EU fuel efficiency rules for 2021, and tighter ones expected for 2025. They will have to seek alternatives, and this will give electric vehicles a chance.

They might be too expensive, induce range and charging anxiety, but at least they will be useable for people’s daily commute. 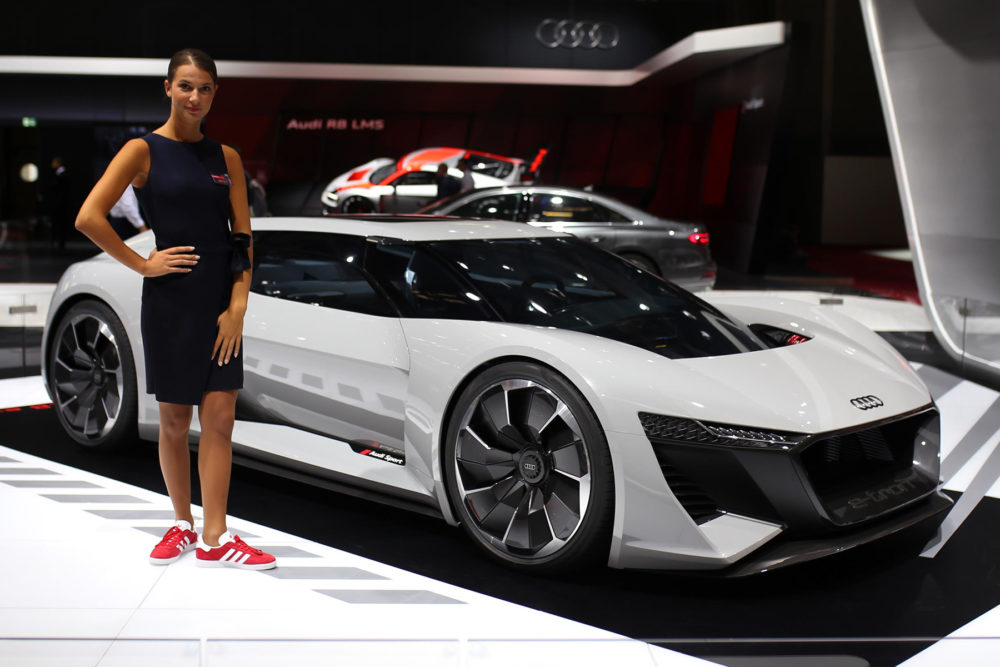