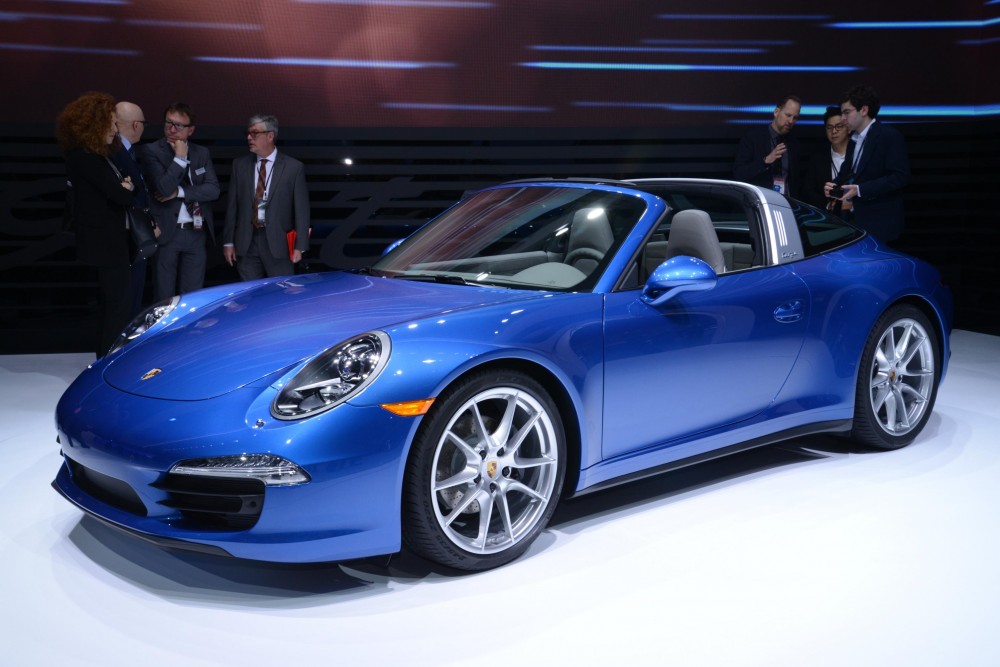 German sports car maker Porsche’s new version of the 911 Targa looks just like the old one, but has a new roof which opens up automatically and folds into the trunk.

Porsche president and CEO Matthias Mueller demonstrated the new roof at the launch of the new 911 at the Detroit show. The Targa roof dates back to early Porsche sports cars, which raced with big success in the Targa Florio races. These races date back to 1906 and featured open top cars racing in Sicily, Italy.

Unlike regular convertibles, Targa roofs, when removed, leave the rear part of the roof intact.

The 911 Targa is available with four-wheel drive and is on sale now. Buyers can opt for a 3.4 liter, 350 hp or a 3.8 liter 400 hp motor. Both are traditional “flat” six cylinder engines. A manual seven-speed gearbox is standard. You can pay more for a seven-speed automatic.

“With the economy improving slowly those high net worth households are in a good position to boost cars like the Targa 911,” Alec Gutierrez said.

The U.S. has always been Porsche’s number one market, but this is set to end this year or next by sales in China.