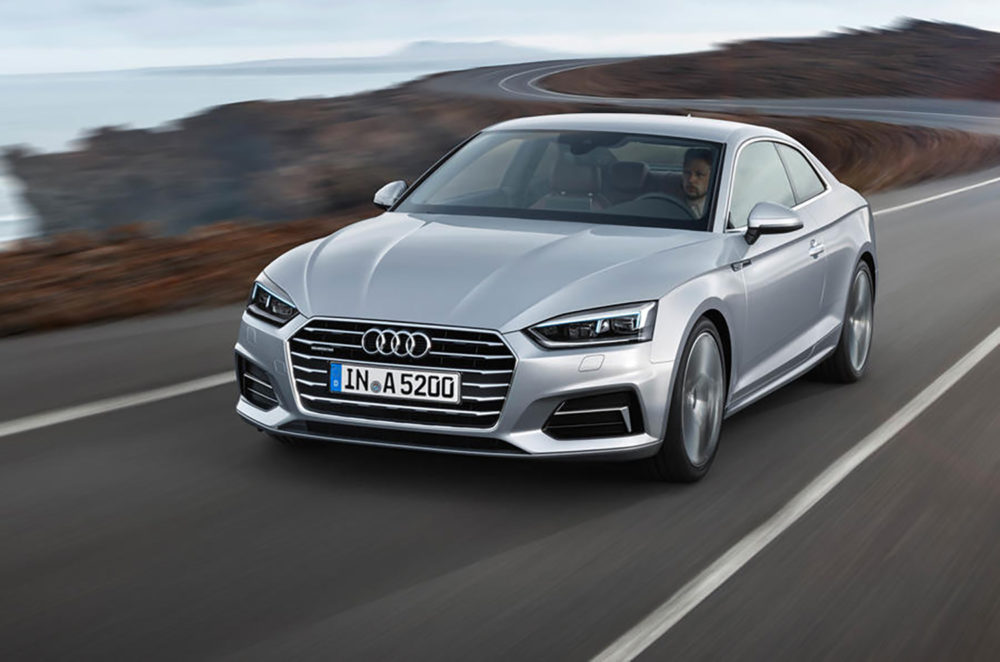 New Audi A5 Coupe Coming To The U.S. In The Spring.

BRIGHTON, England – Audi’s new A5 and S5 Sportback coupes boast strong performance and cutting edge technology and will go on sale in the U.S. in the Spring, although they are already being driven on European roads.

Prices for U.S. buyers have yet to be decided, but are likely to start at just over $40,000 before tax.

The A5, and the larger A7 coupes, show that Audi can do risky stylish car design, as well as the bread-and-butter, under-stated conservative looks of its top selling A4, A6, and A8 sedans. The styling of the new A5 is not very different from the original ones, which were well received by the media.

In Europe there is a wide range of engines both gasoline and diesel with power ranging from 190 hp up to the S5’s 354 hp. In the U.S., Audi will have just the two options to fight the competition from the BMW 4 Series, Infiniti Q60 and Lexus 60. And now there is the new Mercedes E class coupe, set to debut at the Detroit Car Show next month and go on sale in the U.S. in late summer.

Tim Urquhart, analyst with IHS Automotive, said the original A5 was very desirable and sold very well, but the this second-generation iteration is an evolutionary design and will have less of an impact.

Four-wheel drive
The latest A5 technology includes four-wheel drive and driver aids like offering a warning if a car is overtaking in your blind sport, or if the car starts to meander out of its lane. There is also automatic braking assist, plus traffic jam assist, which relieves drivers in slow-moving traffic up to 40 mph by assuming the tasks of braking and accelerating the car, and can also temporarily take charge of steering. Collision avoidance assist intervenes if the car needs to drive around an obstacle to avoid an accident. Based on data from the front camera and radar sensors, it computes a recommended driving line within a faction of a second.  The A5/S5 also have the latest in adaptive cruise control, and all these developments represents building blocks on the way to eventual full autonomy.

Urquhart said the BMW 4 Series is the hot competition in this sector, while the new Mercedes might well trump that.

“Audi’s original A5 forced the likes of BMW and Mercedes to raise their game,” Urquhart said.