Mercedes’ Zetsche Is The Star Of The Frankfurt 2013 Car Show. 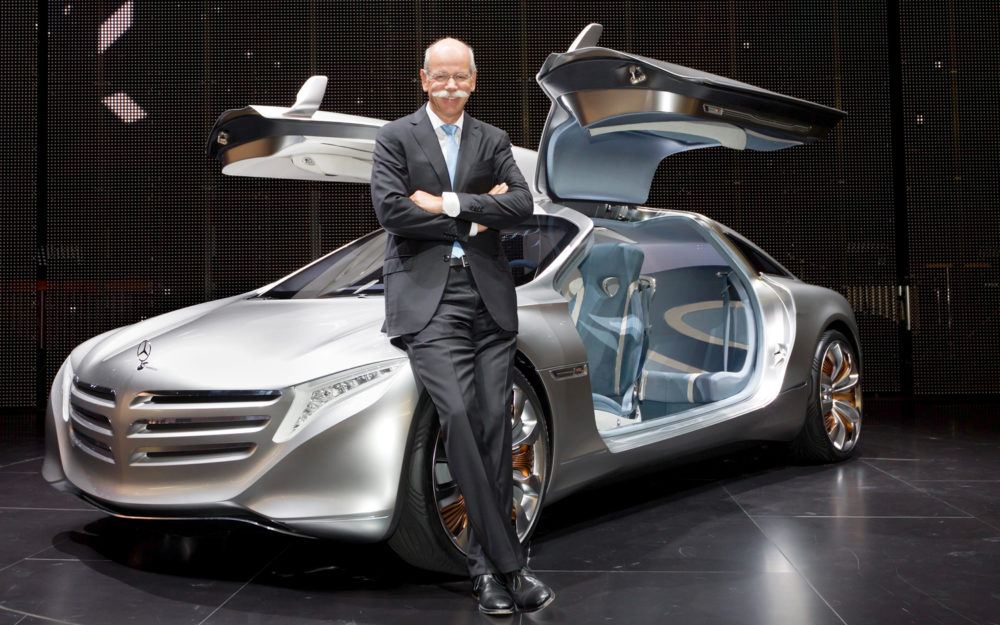 “Remind them to make money they must pile ‘em high, sell ‘em cheap”

The WintonsWorld star of the 2013 Frankfurt car show was Dieter Zetsche, CEO of Mercedes. Yes I know he’s not a car, but despite all the impressive new machines on view, from BMW’s first battery-only vehicle, the beautiful new Mazda3 and the little Hyundai i10, the storied Mercedes chief managed a truly memorable moment. 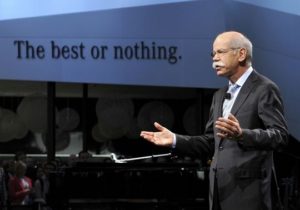 Zetsche emerged from the rear of an S-class limousine which had driven on to the stage, without a driver in the front. That has never happened before, has it? I suppose it could have been driven by a midget, but it did fit in with an earlier moment when the moustachioed Zetsche introduced a film during the Mercedes presentation showing an autonomous drive S-class moving along a 30 mile route in the German countryside. There was a driver in the front, but he wasn’t doing anything. The driver was there presumably because the law has yet to catch up with driverless vehicles and it’s simply not legal yet to do this.

Mercedes GLA
During the presentation, Mercedes unveiled its most important product at the launch, its first compact SUV, the GLA. This promises to be a big seller and huge money maker for Mercedes as it competes against the Audi Q3 and BMW X1. It looks very impressive. But Mercedes, on a new product roll anyway with its A-class and CLA small cars, saved its most prestigious moment for the launch of the S class Coupe concept which will go on sale next year. This was preceded with a grand piano playing faux classics, ballet dancers, singers, and acrobats. No expensive was spared. The presentation was started with the debut of the S500 plug-in hybrid with the claim that it will do 94.2 mpg (well it showed 3.0 litres per 100 kms on the side). Given that we all know by now this simply isn’t true, why does Mercedes persist with fantasy claims like this?

BMW i3, i8
BMW had opened the proceedings at the Frankfurt Messe with its launch of the i3 battery-car, with the company declaring that “the revolution had started”. Presumably BMW means that even though Nissan and Renault had led the field with battery only cars by some years, it only really counted as having started when BMW decided to go electric. Cunningly, and Tesla please note, BMW has added a range-extender motor to the i3’s specification to allay range-anxiety. Anyone buying an i3 without this must be a candidate for the looney-bin because otherwise it will be worthless on the second hand market. BMW also launched the 4-series coupe and the new X5 SUV with a plug-in hybrid engine. The i8 plug-in hybrid supercar will also be on sale in the spring.

E-Up, E-Golf
Given that we expect the Germans to pull out all the stops on their home turf, Volkswagen’s new offerings were thin on the ground. Headlining for VW were battery versions of the Up city car and Golf small family saloon. The e-Golf has a claimed range of 118 miles, and the e-Up should go about 100 miles on a full battery charge. VW said it plans to offer up to 40 electric or hybrid vehicles, with 14 by next year. VW also announced a new Golf Plus, and the new Golf R with its 296 hp four-cylinder motor. 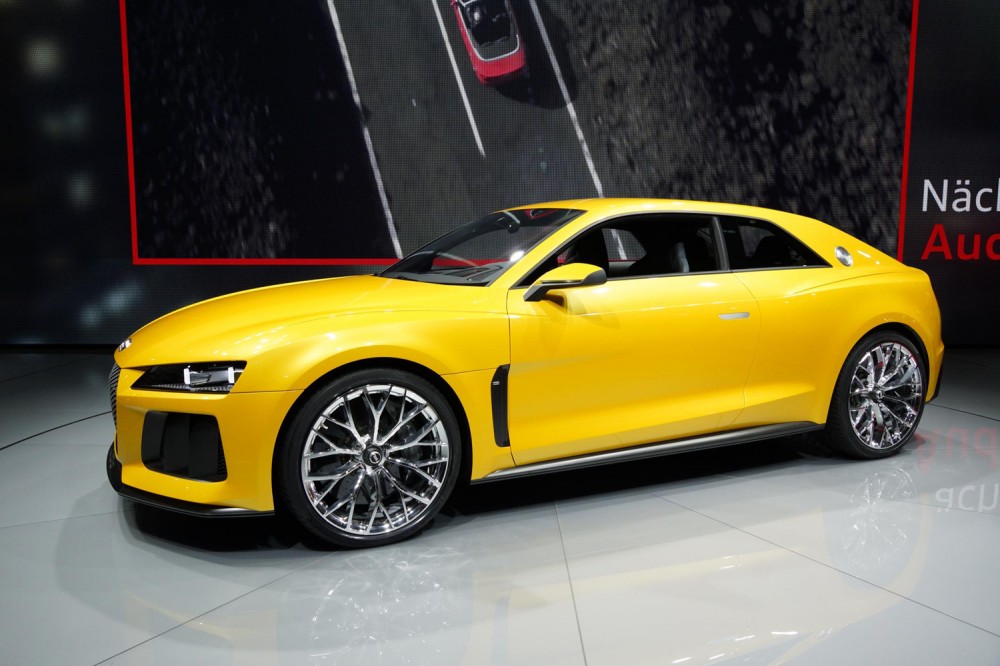 Audi A8
Audi was similarly low-key, with a face-lifted A8 limousine which has more powerful engines, less weight and more high technology gizmos. The Quattro plug-in hybrid supercar concept has a 4.0 litre V8 petrol engine and electric motor combining for about 800 hp. Not exactly mainstream.

Hyundai i10
It doesn’t seem that long ago that I was eulogising about the pretty new little i10, but this latest one is longer and wider and will go on sale across Europe soon. You can bet that this will be a winner.

Mazda 3
This does look beautiful and will sell as a hatchback and saloon, and will be a big competitor for the VW Golf and Ford Escort. Prices in Britain start at £16,695 and there is a choice of four petrol and diesel engines ranging from 97 hp to 163 hp. Hatchback and fastback 2.2-litre 118 hp diesel models cost from £19,245.

Peugeot 308
Financially threatened Peugeot’s new 308 family hatchback will compete with the Volkswagen Golf, long the runway best seller in Europe. The new 308 looks bland and maybe is suffering from the company’s slashing of R&D spending as it continues to lose huge amounts of money. Peugeot persists with its ridiculous claim that it is moving upmarket, as though just saying it will accomplish something that took Audi about 30 years to do. Mind you, Peugeot is using a new lighter modular engineering platform to cut costs and speed development.

Renault Initiale Paris
Renault is another delusional European manufacturer expressing the desire to move upmarket with its Initiale Paris badged Espace. Renault will no doubt be forced to slash prices to move the metal and ratchet up huge losses as it seeks to match the Germans. The Renault presentation for the Initiale contained some awful language mangling as the operative (not CEO Carlos Ghosn who arrived later for a quick photo op) talked about Renault being a “peoplecentric” brand, adding the Initiale would give a genuinely premium experience.

Ford Mondeo Vignale
Ford has impressed with its tough measures to cut costs by closing factories and slashing the workforce. Then it goes and spoils it all by doing something stupid like pretending it can compete upmarket with Renault and Peugeot against BMW, Mercedes and Audi. The Ford Mondeo Vignale is a blinged-up version of the big family car. It’s got chrome door handles, a fancy paint job and a leather interior. Vignale models will be priced 10 to 15 per cent higher than regular Mondeos. The Germans must be laughing. Can someone remind these mass car manufacturers that to make money they must pile ‘em high and sell ‘em cheap.

Opel Insignia
Opel and by implication Vauxhall put on a brave show with the Monza gull-wing Monza concept and what it said were seven world premiers. The most important exhibit was the refreshed Insignia. I’ll be driving that next week, so I can report if it’s any better than the already excellent current model. 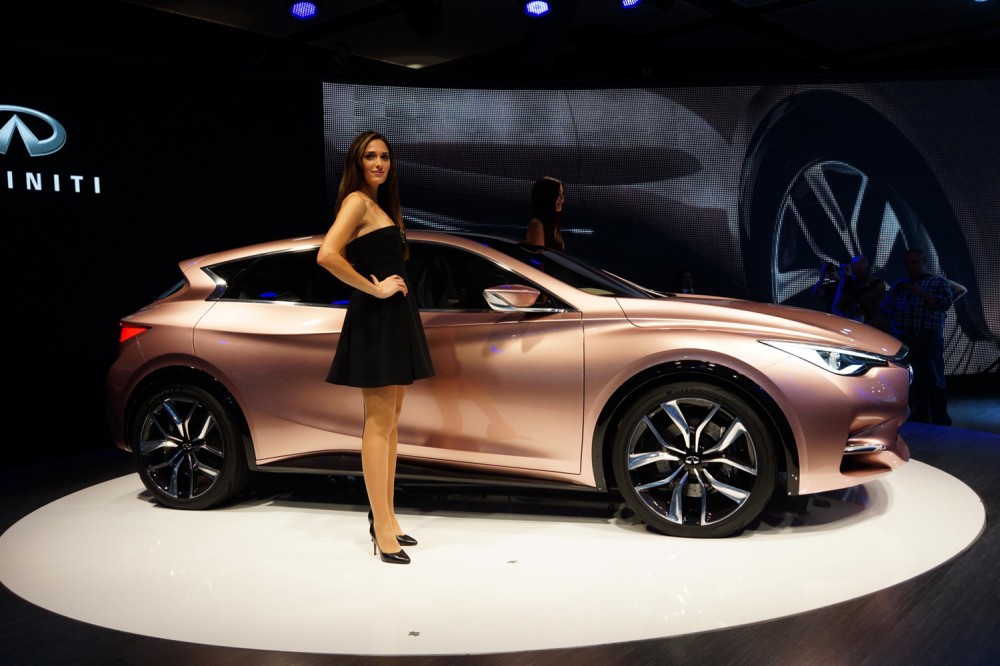 Infiniti Q30
Nissan’s Infiniti showed off its new small Q30, which will have to steal sales from the Mercedes A class, BMW 1 Series and Audi A3. Good luck with that.

Qoros
Qoros Automotive made a big splash at the Geneva Car Show in March with its Qoros 3, but has gone very quiet. It didn’t have a stand in Frankfurt although it is believed to be readying the car for a launch in Slovakia this month. Qoros plans to crank up launches across Europe this year and next. 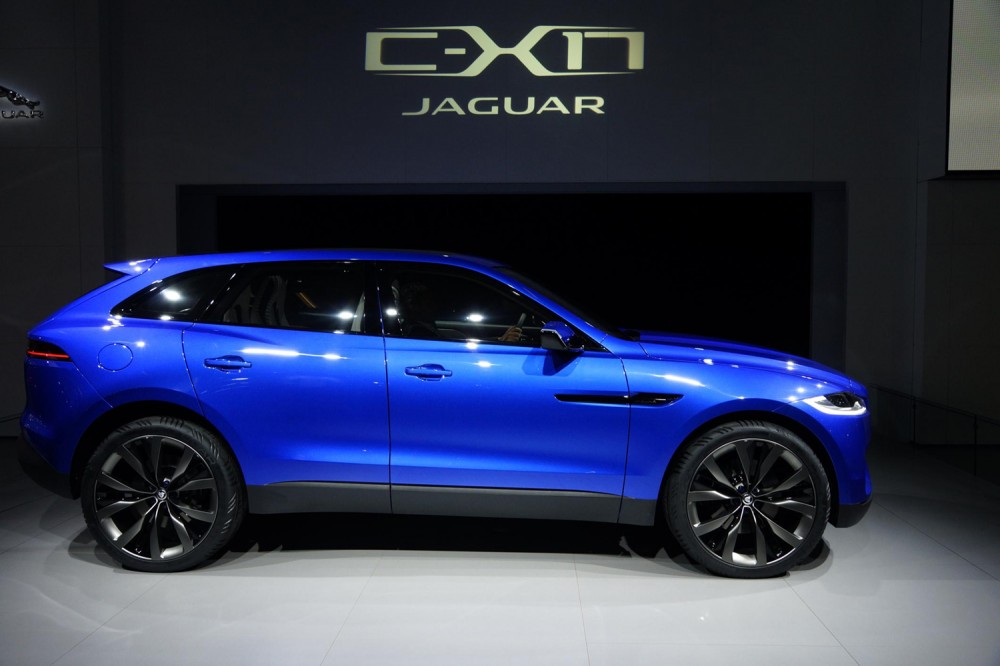 Jaguar C-X17 concept
It’s great that Jaguar is planning to launch an SUV because it gives me the chance to use the world “cannibalisation” again as it takes sales from Land Rover.

Ugly Lexus LF-NX
Hands down winner of the most ugly car in show – the Lexus LF-NX compact SUV. Luckily for Lexus it is still in the concept stage, so there’s plenty of time to redraw this. The truly awful in yer face nose and ridiculous side angles and rear view reek of desperation. Sure, Lexus has failed miserably in Europe, not least because of its range of bland looking but excellent vehicles, but this design attempt won’t win over any new punters. 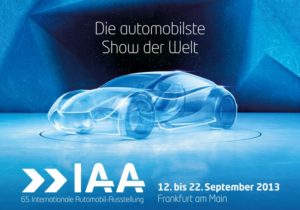 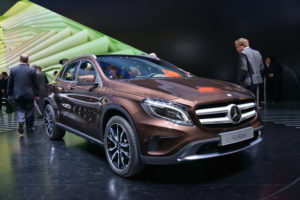 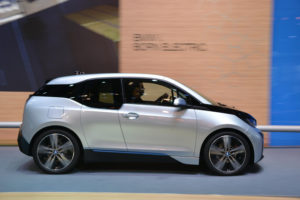 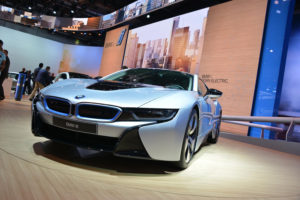 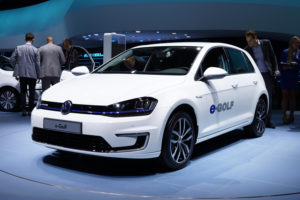 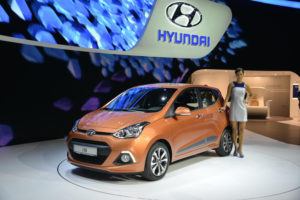 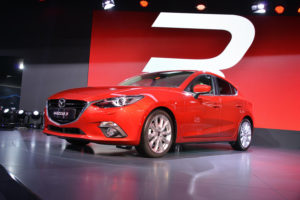 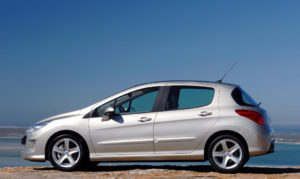 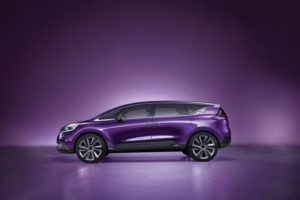 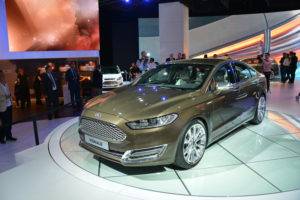 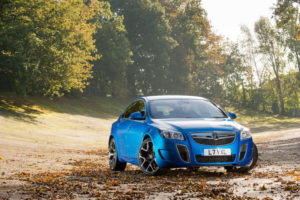 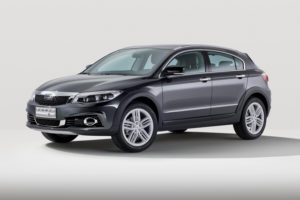