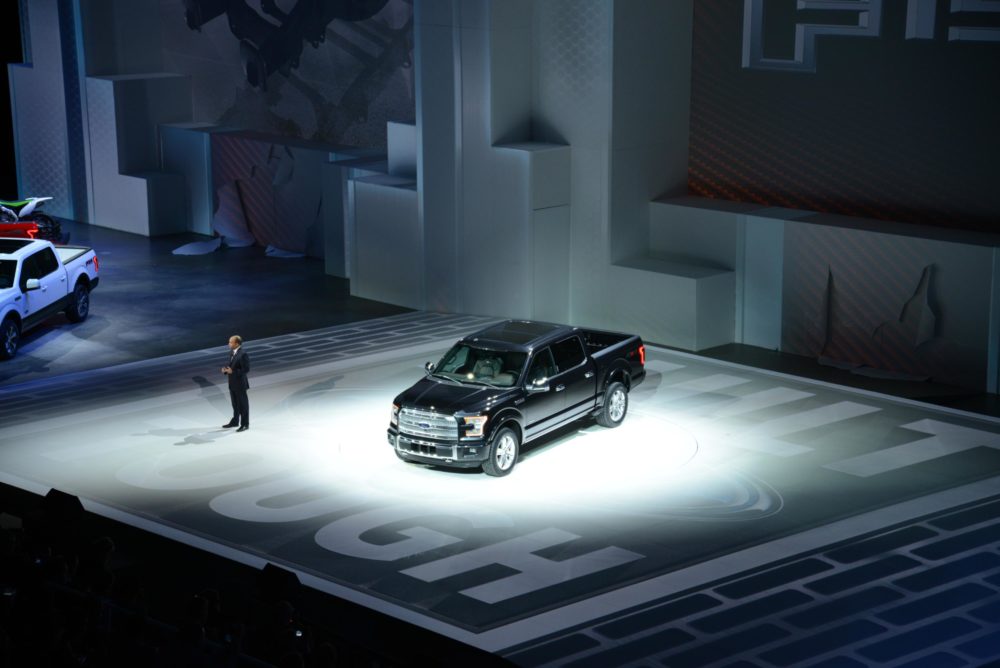 DETROIT – I know it’s a pick-up truck, but they do things differently in America, and it’s hard to avoid making the Ford F-150 the star of the Detroit Car Show 2014. I’ll explain all later.

There were some other notable contenders, including the Mercedes C-class, Cadillac ATS coupe, Chrysler 200, and Honda Fit/Jazz. Kia of Korea also raised its profile by unveiling a luxury market contender, the 900, and the GT4 Stinger sports car. 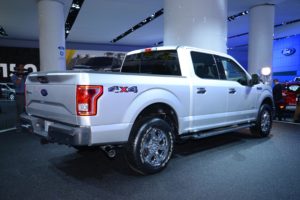 But back to the F-150. Pickup trucks are massive in America. Last year’s F-Series sales reached a colossal 763,402, making it the biggest selling vehicle in the U.S., according to Automotive Industry Data.  Total U.S. pickup truck sales rose 13 per cent to 2.18 million, thus accounting for 14 per cent of last year’s sales. In Western Europe, pick-up trucks made up less than one per cent of the market. Britain was the only notable market for pick-up trucks accounting for a few Toyota HiLux, VW Amarok, Ford Ranger, and Nissan Navara. But at least they outsold electric cars in Western Europe, which amounted to only 0.3% of sales.

So you’ll agree that pickups are a indeed a big deal, and so does Ford. On its home turf, Ford made the most noise at the show, tiresomely referred to as the North American International Auto Show, and monopolised media events, but here’s another reason to laud it. The F-150 is significant technically with liberal use of aluminium to save weight.

This also provided the theme of the show for some observers; fuel economy. This means that in the U.S., harsh fuel economy regulations for 2025 are already starting to force car designers to begin scaling down the weight and fuel consumption of some of the traditional big selling and big profit generating gas-guzzlers. 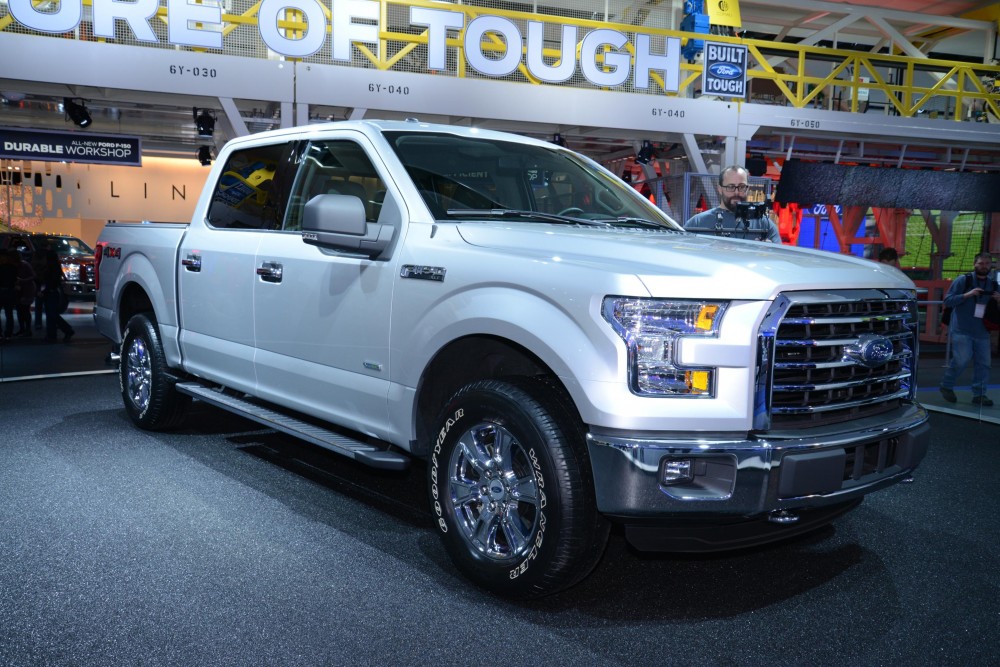 Ford said the F-150, which goes on sale later this year, is 700 pounds lighter than the old one and calls it the “all aluminium” truck. There’s clearly lots of aluminium, but 100%? No. It has a steel fame and an aluminium body. The base 150 is powered by a 2.7 liter turbocharged engine. 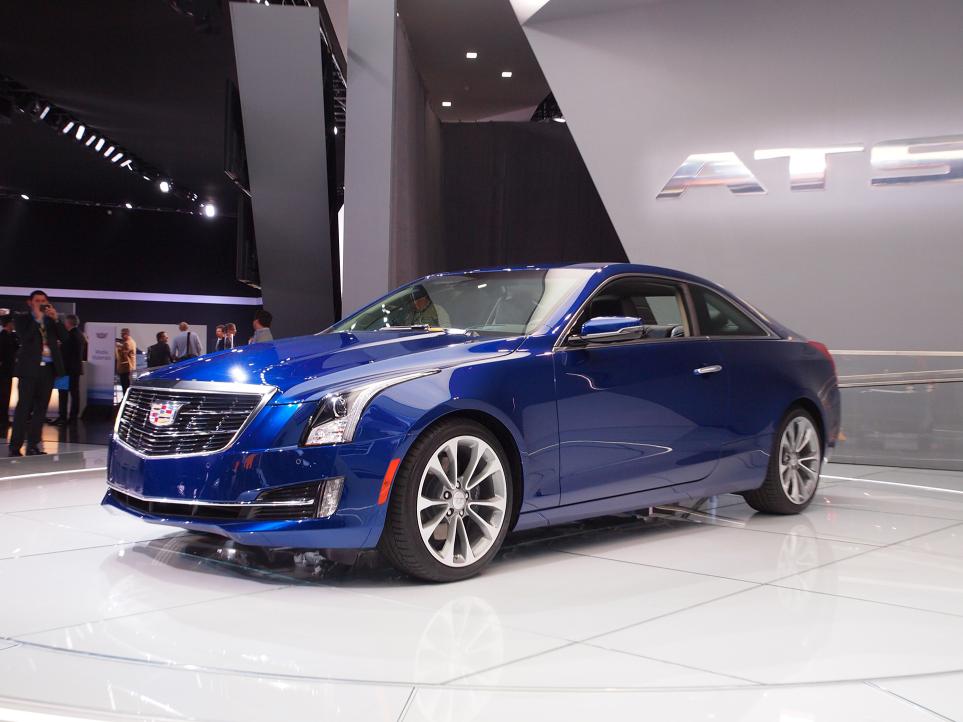 Cadillac unveiled a coupe version of its ATS saloon, the ATS coupe. The ATS coupe comes with two engine options – a 2.0 litre 272 hp, four cylinder supercharged motor, or a 3.6 litre 321 hp V6. The 2.5 litre base engine from the saloon isn’t an option. It doesn’t look as outrageously nifty as its big-brother CTS coupe. It’s a bit more like a good-looking BMW 3 series coupe, now known as the 4 series of course. There’s talk now of a convertible and a wagon. 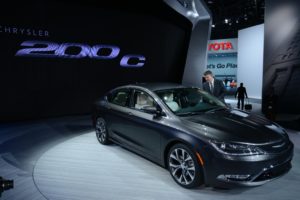 I’ve sat through some awful, breast-beating garbage from auto manufacturers over the years, but Chrysler’s Detroit attempt was notably awful and embarrassing. The Chrysler 200 was unveiled with such over-the-top, brazen, hyperbole – more fuel efficient, more comfortable, better made, more handsome etc, that when the moment came to actually view the thing, it was of course a big let down. A bit more restraint and when the curtain came up we would probably have been impressed. Not that it wasn’t a very nice looking car which will probably be a joy to own. All new models will have a nine-speed automatic gearbox as standard. There will be a 2.4 litre 184 hp four-cylinder engine or a 3.6 V6 245 hp motor. All wheel drive will be an option, as will a full choice of safety aids. Prices for the base model start at $21,700. No word on diesel or hybrid versions. 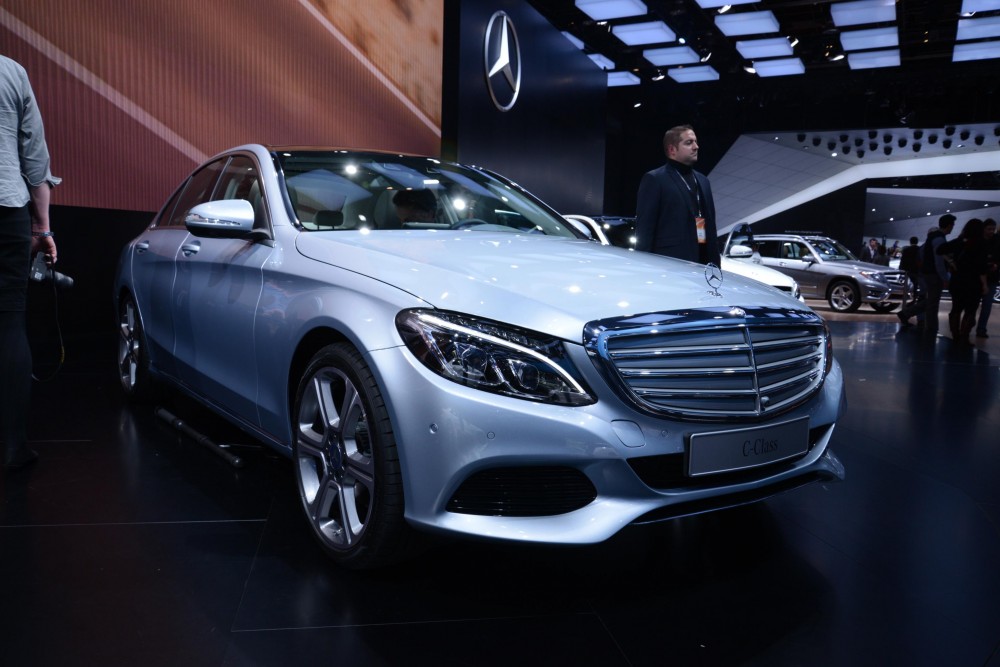 The Mercedes C-class also bragged about lightness and this new version, which will also be built in America, sheds 220 pounds. It comes with more equipment than the old one, and priced to differentiate it from the smaller CLA. That means it will be really pricey. 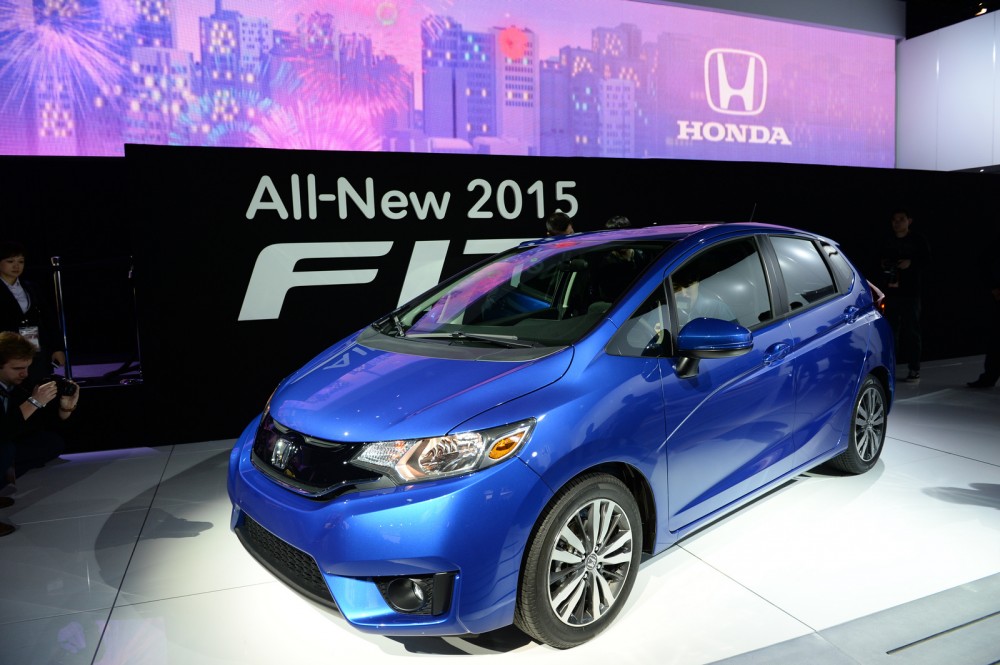 The all new Honda Fit is still unmistakeably a Jazz, but adds a bit of attempted pizzazz with some moody creases down the side and remains about the same size as the original. In the U.S. the Jazz has a 1.5 litre 130 hp engine plus a six-speed manual or constantly variable automatic. 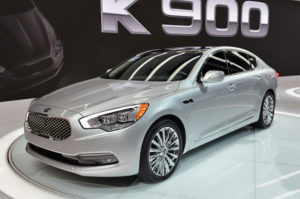 Kia unveiled the K900g, and with its 3.8 litre V6 or 5.0 litre V8 engines it poses a big theoretical threat in the luxury sector. Note my use of the word “theoretical”. It is probably every bit as good as Germany’s finest, but no chance at anything close to the price. Kia also unveiled a terrific looking concept, the GT4 Stinger, which has a two 2.0 litre turbocharged four cylinder engine with 315 hp delivered to the rear wheels. 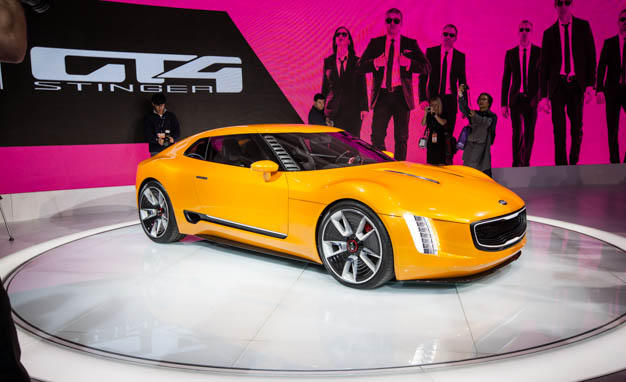 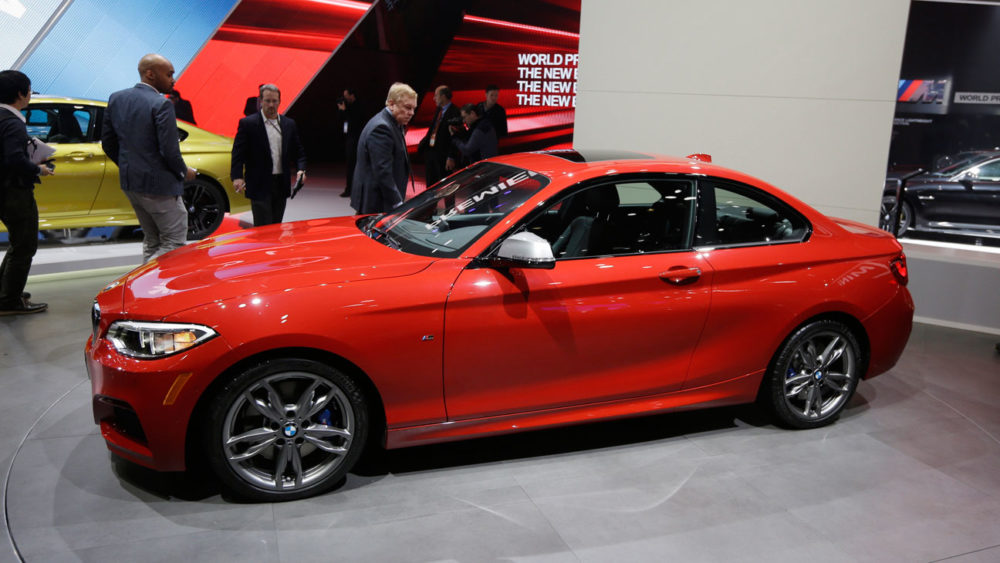 BMW now calls its coupes by even numbers while the saloons retain odd numbers. So the latest 1 series two door is a 2-Series coupe, duly unveiled at Detroit, with the 228i. BMW also showed a hot M3 and M4.